I have to admit, that at this moment, I am in the middle of a green phase. It has become my colour of choice when I want to stand out in the crowd, especially when it is the deepest emerald shade.

Green is one of those colours my grandad was always deeply suspicious of. He considered it to be an unlucky colour, and one of his favourite sayings was ‘blue and green, never be seen’, which is now funny as this is one of my favourite colour combinations. Conversely, green is my mom’s favourite colour, and with my little boy being a green eyed beauty, this is definitely a colour I love to look at and wear.

So over to the dress. Planet has yet again put together a selection of gorgeous frocks for the new season, with a range of lace dresses in multiple colours at the heart of the collection. There are bright coloured pink and blue lace versions, classic black, and more muted peach styles, but I was pulled towards the jewel colour of the emerald green.

This is a stretchy lace dress that is double layered to avoid embarrassing flashes. With a flattering v-neckline, 3/4 sleeves and a side ruched paneling, it ticks every box when it comes to be flattering for a curvy figure. Add in that gorgeous, vibrant green colour and you get a dress that could be perfect for most formal occasions, including a theatre premiere, which is what I wore the dress for.

This is one of those easy to wear, comfortable dresses that I love. The stretch in the fabric means that you can easily enjoy that second dessert without it feeling too tight, and it is perfect for the theatre, or any occasion that includes a lot of sitting down, as it doesn’t keep riding up or straining too tight across the thighs. It has a concealed zip, but I could get this on and off over my head as the sizing is generous.

I teamed the dress with animal print accessories, although I would love this dress with the fabled navy blue for my grandad’s nightmare combo. Red would also be great too, as would gold for a metallic edge.

Planet have lots more pieces that I have my eyes on – here are a few more faves.

*With thanks to Planet and Aaron at Publicasity for the dress for review. 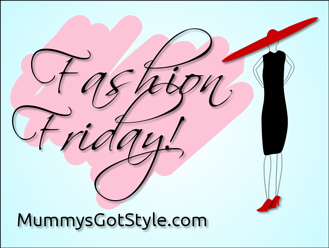 *Warning – this post is about a coach trip with Caitlin and Caroline Moran, it may contain chat about periods, sex and Wolverhampton – you have been warned.

Raised By Wolves is a new, semi-autobiographical comedy series written by Wolverhampton’s very own Caitlin and Caroline (Caz) Moran. Transported to the modern day, but based on the rather unorthodox childhood of the Moran family, Raised by Wolves is a wry, often hilarious, heart-warming tale of teenage girls growing up disgracefully. The series launches on Channel 4 very soon, and, to celebrate the launch, Caitlin and Caz invited guests on a very special coach trip – a guided tour of the beauty of ‘Wolverhampton’ (I can say that as an adopted Wulfrunian.) Also along for the trip, which went from Wolverhampton train station to the Cineworld at Bentley Bridge, were the stars of the new series, Helen Monks and Alexa Davies, who play Germaine and Aretha.

The Coach Trip was like none that I have ever been on before, with anecdotal stories and hilarious observations about a city that has been much maligned, but is obviously still dear to Caitlin’s heart.

Here are some of the highlights

‘…I worked as an usherette at the Lighthouse Cinema, and saw Edward Scissorhands 47 times. It became a primary influence of my sexuality, and I could still get into a state of arousal if faced by a man with shears for hands…’

‘…The mon on the ose (horse) was Prince Albert and Queen Victoria traveled to see if. But there had been a mistake made with the legs. This was pointed out to the sculptor who then committed suicide. And that, people, is Wolverhampton’s main tourist attraction. ..’ (In fact – this is a myth, you can read more about this here.)

‘…Beatties is our Harrods. The poshest place in Wolverhampton…’

The Dorchester Nightclub (now a Casino)

‘…The Dorchester Nightclub had the ‘steps of truth’. This was where you would walk towards the bouncer reciting in your head a date of birth that would make you old enough to get in. You would count backwards in years to get to the right year. (Check out 1997 in episode 5, it’s always 1997!)

My period started in the Central Library. I hid behind a rack of Ruth Rendell and told my dad I had a belly ache. That’s where my menarche began.’ (At this point Caz said we would also pass the place her period had started, and encouraged the coach to guess and shout out where it might be, it turned out to be a local branch of Qwik Save – near the Liquor saver aisle.)

On passing a rather large sex shop

‘…If 50 shades of Grey happened in Wolverhampton, it would be a court case not a trilogy…’

Blunts Shoes was where Caz and I were informed we had flat, fat feet and would never wear pretty shoes and were instead pointed in the direction of a men’s rack. I guess that’s when we knew we would never be pretty girls…’

‘…My childhood home. (Pointing to an upstairs window), That is where, after finding out my nan had died, I ate an whole Soreen loaf, hung out of the bedroom window singing ‘Yesterday’, and then vomited all over the porch roof…’

Caitlin and Caroline outside Envil Road

At 11 I applied for a job at Comic Relief and received a really lovely letter from Lenny Henry. It was my prize possession for 5 days until I lost it on the Badger bus to Brewood…’

At this point we had reached our destination, Cineworld, where the popcorn, ice cream and drinks were on ice, waiting for us to be seated for the premiere of ‘Raised by Wolves‘.

In tomorrow’s post – you can read all about the series, and about a very special Q&A session hosted by Adrian Goldberg.

*With thanks to Leslie Land and Channel 4 for the invitation.

The Brit Awards offers the cream of the British music industry the chance to get dressed up and generally let their hair down whilst enjoying the copious amounts of hospitality (ahem!) on offer. The latest ceremony has been totally overshadowed by Madonna, an Armani cape and a pretty spectacular fall, but on the fashion front it was a certain Miss Paloma Faith who took all the plaudits.

Paloma was awarded a much deserved Best Female Singer award on the night, and wore three showstopping looks, including Armani Prive and Dolce and Gabbana. She looked every inch the star, even when performing in a rainstorm. I’ve been a fan of Paloma since day one, and adore her style, she was the only person who could do the Olympic torch relay in 6 inch red heels. She goes from strength to strength and is totally unique, a real one off.

Get the look – Paloma’s floral lace

Some more great looks from The Brits 2015