Sunday morning’s have a bit of a ritual attached to them. I try to get at least a bit of a lie-in, and then I curl up on the sofa with a cup of tea and one of my favourite style books, the sort of book where you can just pour over the pictures and not even have to stretch to reading if you just want to be lazy.

One of the places I always use when I’m sourcing fashion books is Amazon. It has an enormous selection of books, including out of print and hard to find, rare editions. Plus, as well as looking in the Amazon section, you can also pick up second hand editions through the sellers in the Amazon Marketplace. If you are in the US, you can make your purchases even cheaper by using Groupon, which has a whole section devoted to Amazon Promo codes. Currently it is listing 137 different codes which range from money off offers, to free shipping, along with more specific promotions.

My current to read list includes a fabulous book looking at 1920s style, a Chanel style book by the amazing fashion illustrator Megan Hess (I’m totally obsessed with her work) and ‘Inside Vogue’ by former Vogue editor Alexandra Shulman, which is her account of the 100th year anniversary of British Vogue. (I watched the documentary so was interested to read her account.) 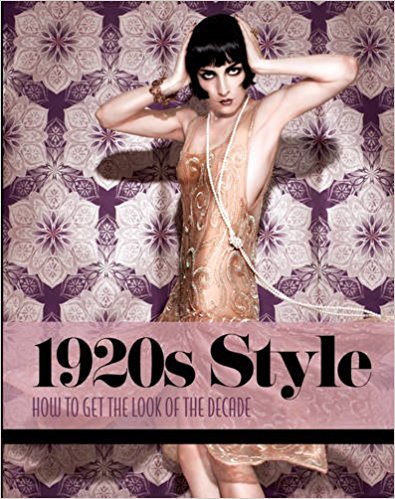 Coco Chanel: The Illustrated World of a Fashion Icon £12.08 Click to visit Amazon 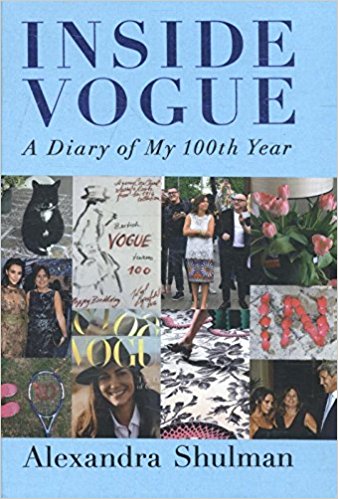 As it is Sunday morning, the hubby has just made me a cup of tea and I’ve got a book to catch up with.

Tom Aikens is a real star in the cooking world. With two Michelin stars by the age of 26, Tom has recently opened the fabulous Tom’s Kitchen in Birmingham’s plush Mailbox, and the restaurant has been an instant success, a real destination in the City’s thriving food scene. On Monday I went along to Tom’s Kitchen (with a quick pit stop at Tom’s Deli on route) to chat to Tom about all things food. 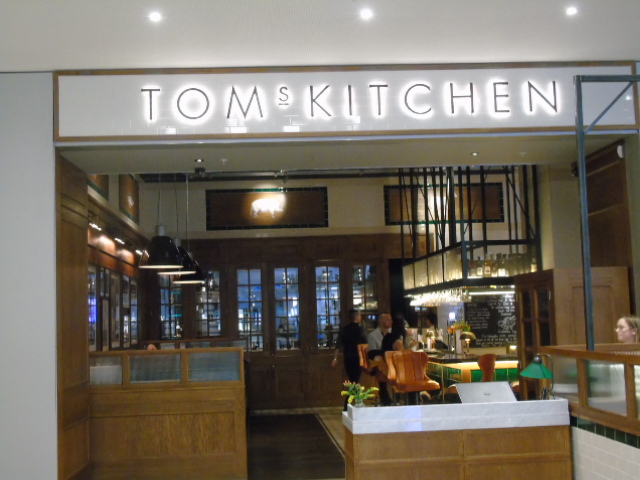 FM: Let’s start by chatting about Tom’s Kitchen. Why Birmingham? Why Mailbox?

TA: I started talking about Birmingham two years ago. I’d looked at other cities and was interested in the demographic of the Cities, what other restaurants were based there. I looked at the food press and noticed Birmingham featuring a lot, a lot of buzz around the city being No.2 for food behind London – the food capital outside London, with lots of exciting openings, Atul Kochhar’s restaurant is also coming to Birmingham (Mailbox).

I’d wanted to open a Tom’s Kitchen outside London for a number of years. When Mailbox approached I was interested in the proposed space as it had great visability and footfall. It ticked lots of boxes. Birmingham is a city with so much to offer – lots of tourism, within easy reach of London. But I was reaching out from my comfort zone which can be difficult. In London when I open a new restaurant I tend to move some of my existing staff to the venue, but in Birmingham it was a totally new staff, yet recruitment of the right people was pretty easy – all done within the time frame.

FM: Did you always want to be a chef? Who were your earliest inspirations?

TA: I wanted to be a chef from the age of 12. I grew up in Norfolk with lots of time spent outdoors. We had a massive garden with a veggie patch. Mom was very hands on – we had a kitchen garden and grew a lot of our own produce which we then transferred to our kitchen, with lots of focus on family mealtimes. I liked home economics at school and when I was 16 I went straight to Norwich City College catering school – no exams or interview required.

FM: What was your fave meal as a child? Was there any dish you really wanted to cook?

TA: My favourite meals were puddings. Mom made homemade apple pies and rhubarb crumbles. And roasts, Sunday lunches. Mom cooked  very simple stews and casseroles, and I wasn’t too fussy foodwise, would pretty much eat anything that was put in front of me..except for Steak and Kidney pie. I had a bad experience with steak and kidney pie when my mom’s friend, who was the worst cook served this up. The Pastry was almost charred, and yet it was luke warm inside (how do you do that?). The sauce was watery and it all looked so grey and chewy. It was one of those situations where you can’t leave the table unless you eat everything, so thank goodness they had a dog who I could feed every time she left the room. 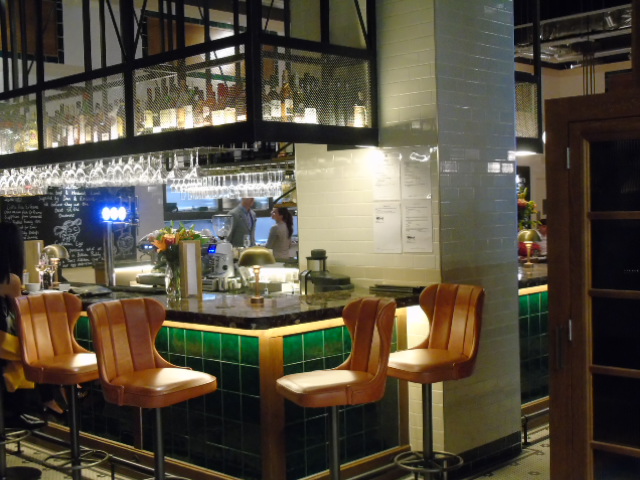 FM: Who inspires and excites you now on the cooking scene?

TA: I know lots of chefs who are friends and we meet up. There is a lot of respect on the cooking scene – people like Tom Sellers, Philip Howard, Daniel Clifford from Midsummer house. We all started at around the same age and it is nice to see everyone doing so well.  I also really admire Joel Robuchon from Paris.

FM: Who would you love to cook for if you had an imaginary dinner party?

TA: Well my close family, even though my girls are fussy eaters. And lots of sports athletes. I was involved in the London Olympics in 2012, and I was involved with fundraising, including the Golden Olympic Ball (for 3000 people). I met so many athletes and they are all so dedicated, it would be hard to cherry pick individuals, people like Louis Smith, Mo Farah and Laura Trott, but I so admired their work ethic and the training they put in. If you think about their stress load, they often then have a split second between success and failure. 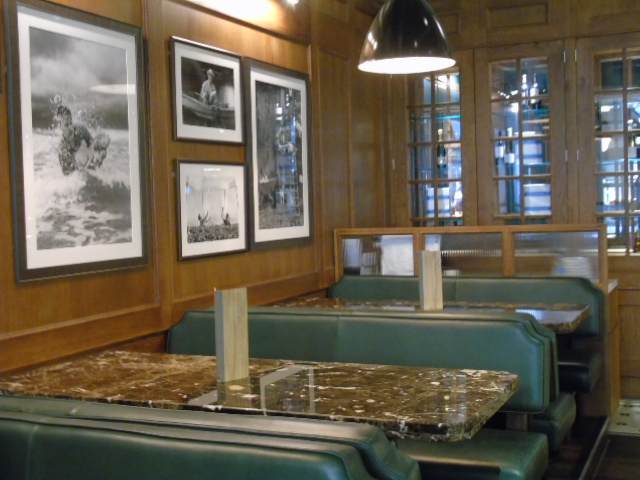 FM: What would your three courses be on Come Dine With Me?

TA: I’d keep it simple. For starter I’d create my go to dish of Scallops in a shell with butter, olive oil, thyme, garlic – no pan frying at all. Nice and easy, takes about 5 minutes.

For main I would do a simple rib of beef. In summer I just love to barbecue so this ties in nicely. I’d make sure there was a big pot of Bearnaise sauce too.

Pudding – again, keep it simple – a lemon tart. (I did at this point tell Tom that my dessert would be even more simple – Vienetta. He laughed and said ‘chop some strawberries, add some whipped cream and hide the box. Winner.’)

FM: What are your personal favourite foods?

TA: I don’t have one favourite food but I love that British food is so seasonal. I love Asparagus, gulls eggs, game, venison, partridge and grouse. I think we are very lucky to have seasonal food, although the season always seems to be Winter!

FM: What achievement are you most proud of?

I think it has to be my two Michelin stars by the early age of 26. I didn’t really know that something like that would happen, but I’m really proud to have achieved this so young. 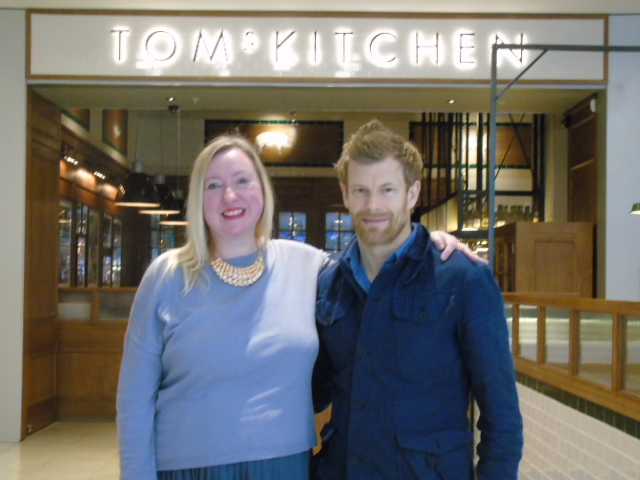 FM: What next for Tom Aikens?

TA: Well, I would like to continue to open Tom’s Kitchen’s. On a personal level, I’m looking to a few new projects, one in Doha and one in Abu Dhabi. That will definitely be enough for me.

When I look back at pictures of my grandmother when I was a child she looks like your typical grandmother – long patterned skirt, primly buttoned cardigan and frumpy shoes.  Today though, things are changing – you only have to look at style icons like Lauren Hutton, Twiggy or Iris Apfel to see that fashion is no longer just for the young!  As we age though, it can be difficult – our bodies change and we may no longer be comfortable wearing certain things, so how do you know what to wear?

It’s a good idea to review your wardrobe every few years, whatever your age – throw out or donate anything that no longer fits, and mend any items that are damaged but you want to keep.  Once you’ve weeded out the rejects, take the opportunity to update your look; go and try lots of different styles and look for wardrobe staples that won’t date. 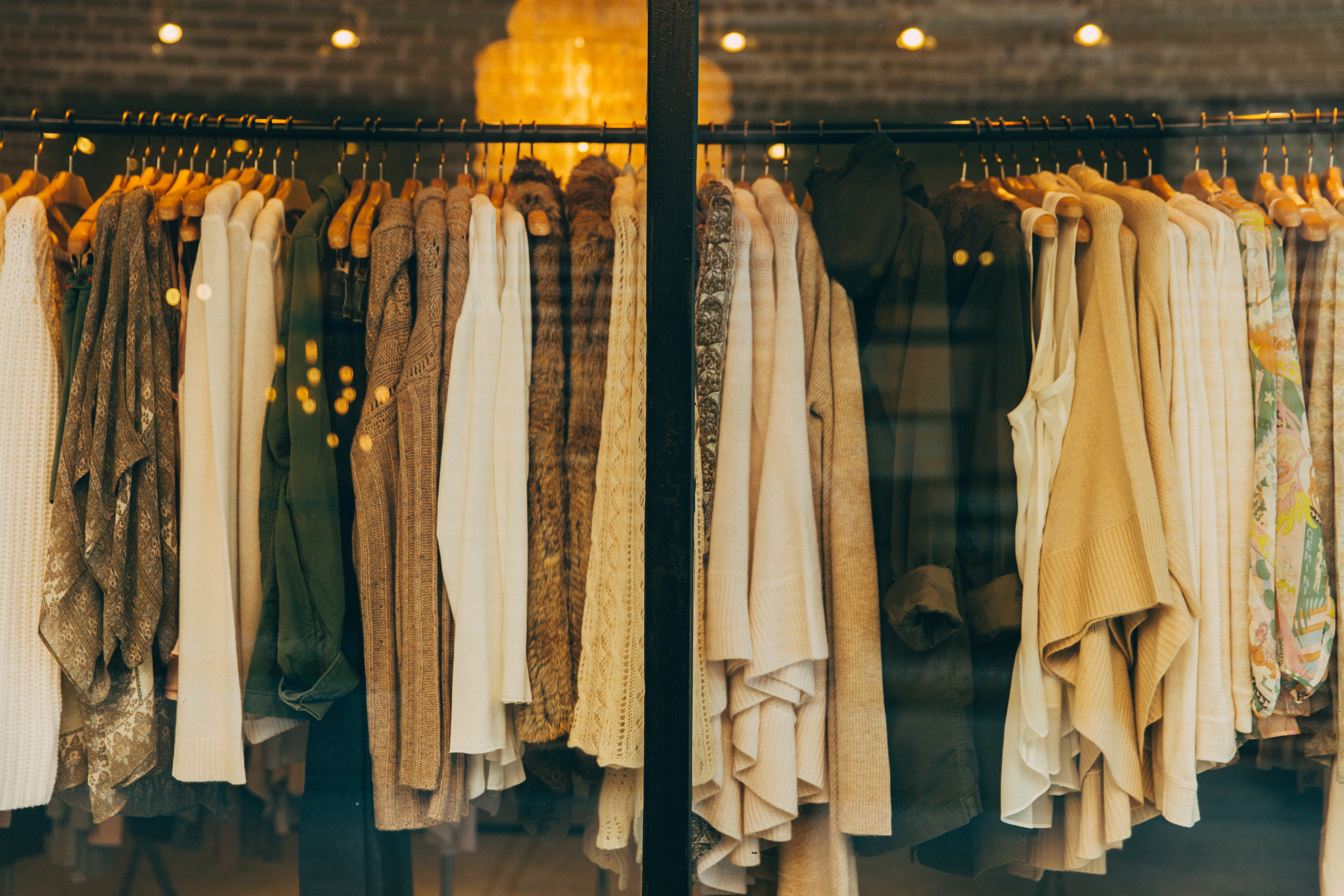 A key aspect of dressing fashionably is keeping up with current trends – but that doesn’t mean you have to follow all of them!  Flick through any fashion magazine, and you’ll see that at any given time there are a wide range of trends to follow, so pick what works for you – the mid-riff bearing tops are probably best left to youngsters, but a cold-shouldered top is easy to pull off at any age – with the added benefit of also covering up the often-problematic upper arm area.

If In Doubt, Keep It Classic

At the end of the day, certain classic looks never age – think of the timeless look of Jackie O or Audrey Hepburn.  Well-fitting jeans, a quality plain white tee, a fitted blazer and ballet pumps look good on any women, any age or size – just make sure they are a good fit and the right cut to flatter your shape.

Finish With A Flourish!

Accessories are a great, easy and often inexpensive way to update your look and keep it current.  You may not want to wear the exact same outfit as your grand-daughter, but there’s a high probability you could pull off her earrings or scarf – although maybe leave the sky-high heels to the younger generation!  They also have the added benefit of being easy to swap out and update – a modern statement necklace could be all you need to bring a look right up to date.