From fashionistas and sportsmen to chefs, singers, and even magicians, the most well-known plates out there have fascinating stories behind them. Although there are many epic ones in existence, here are five of our favourite celebrity number plates, and the reasons behind them.

Amir Khan started boxing when he was just eight years old, a lifelong lover of the sport. After winning a silver medal at the 2004 Athens Olympics, at the age of just 17 years old, Khan turned professional, and quickly became a household name.

A fan of personalised number plates, Amir is no stranger to collecting them himself, with a collection including V60 XER, A180 XER, and R6 KKO. However, the biggest knockout of them all, and the star of the ring, is his BMW laden with BOX IING. Epic! 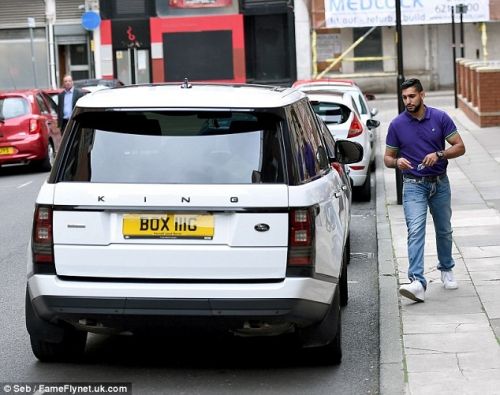 Known for shows such as How to Look Good Naked, and other styling shows such as Gok’s Clothes Roadshow, Gok Wan is the UK’s most instantly recognisable fashion consultant. Drawing on his heritage, more recently Gok went on to branch out into cookery, with the TV show Gok Cooks Chinese.

Back in the ‘90s, the fashion mogul turned celebrity chef got his first car – an old Austin Allegro. Although the car might not have been the finest, Gok’s dad gifted him his first personalised number plate – L2 GOK. Nowadays, Gok prefers his stunning matte black Jeep, complete with the CL07 HES number plate. 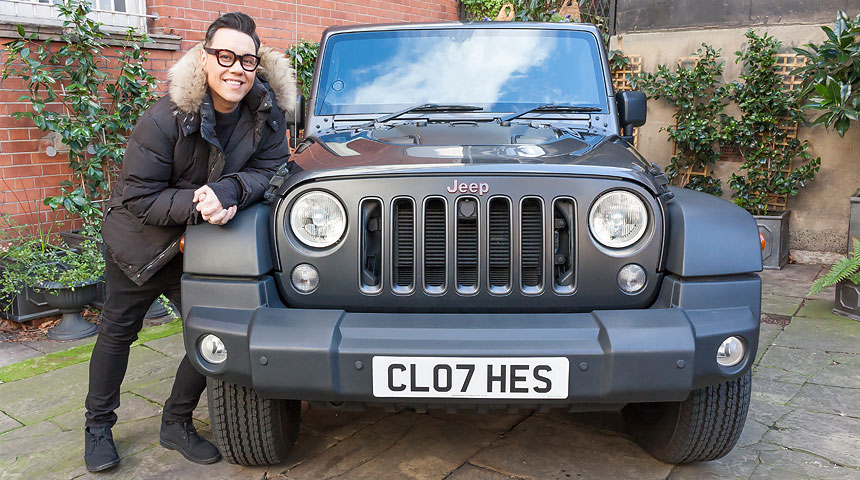 Celebrity chef, star of Saturday morning telly, and of course known for his stint on the iconic Strictly Come Dancing, James Martin has been a mainstay on our TV screens for years. However, one thing you might not know about the TV chef is his love for cars.

Hailing from Malton, North Yorkshire, James has worked hard all his life to raise the funds to purchase his beloved cars and grow his connection. And the icing on the cake? His personalised number plates. James has both C8 HEF and 6 HEF placed proudly on two of his vehicles.

The singer-songwriter has been in the music industry since he was only 15 years old, as one of the singers in the legendary band Take That. In 1995, Robbie Williams sensationally left the band to pursue a solo career.

After dropping a lot of money on an expensive Ferrari, Robbie made a statement for all his supporters to see. To apologise to his fans for how much he spent on the car, Robbie installed a personalised number plate saying S8 RRY. Take that!

One of the world’s most famous magicians, Paul Daniels was the owner of this epic number plate for 30 years from 1986, until his death from a brain tumour in 2016. He reportedly purchased the iconic MAG 1C number plate three decades earlier from the previous owner, who had put it up for sale after getting sick of people asking if his car belonged to Paul Daniels.

However, Paul had been searching for this number plate for many years prior to his purchase. He was even once offered the registration on a Mini, but doubted its authenticity and so declined. After Paul’s death, his widow Debbie McGee was reported to be selling her husband’s beloved number plate, despite previously turning down an offer of £120,000. 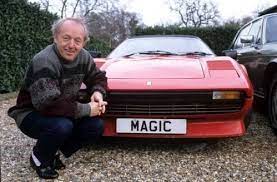 And there you have it – five epic number plates belonging to some of the most iconic celebrities in British TV history.