April 1978. Two detectives are investigating a particular gruesome occurence at Lowfield Hall. The Coverdale family have been murdered in their own home, shot at point blank range in an execution style killing. The only real witness to what happened is Eunice Parchman, a strange, shy, subservient women who was the live in housekeeper, although she had been relieved of her post and was all set to leave the family home the when the murders occured. Detectives Vetch and Challoner are stumped as to who could’ve committed the murders, but little by little the whole horrifying tale begins to unravel, revealing a seemingly minor secret that might be the key to the everything that happened. 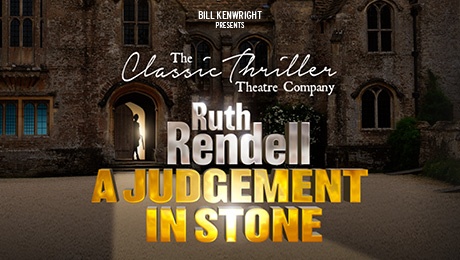 A Judgement in Stone is based on a Ruth Rendell story from 1977.  As a play it retains a claustrophobic atmosphere, and is the story is told in episodic flashbacks that are cleverly handled with stage exits – the detectives and Miss Parchman exit from the present, as the Coverdale family enter from the not too distant past. This works so well and keeps the action moving on to reveal the story.

The ensemble cast are all excellent. Sophie Ward, unrecognisable as the beautiful television star of the 1980s, is exceptional as Eunice Parchman, capturing her reserved nature and quiet stillness beautifully. When she says she was sacked for insolence you really find this hard to believe, and so you are drawn into her story. 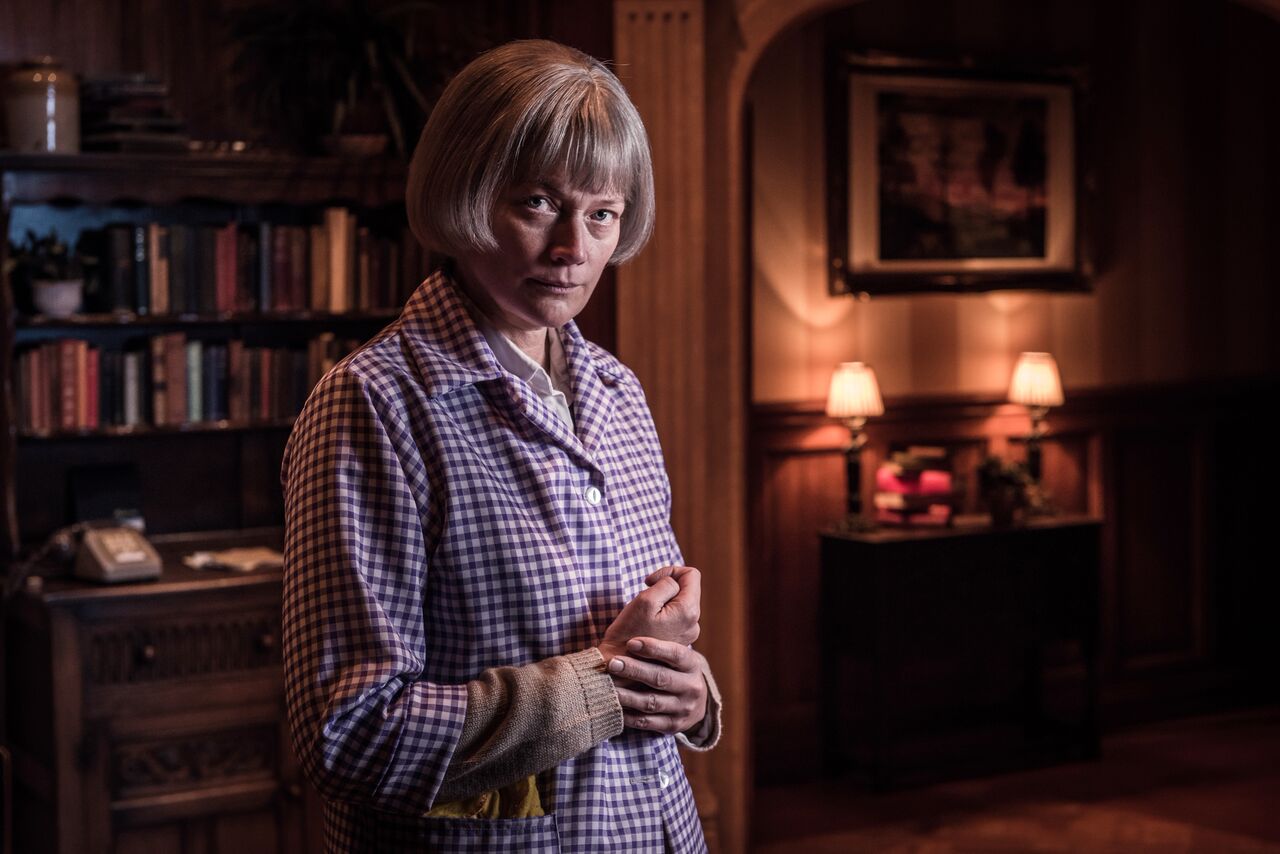 Andrew Lancel and Ben Nealon are also very good as the detectives, with Lancel’s Vetch all efficiency and briskness, contrasting perfectly with Nealon’s Challoner, who exudes warmth and friendly charm. Blue’s Anthony Costa also impresses, with a mixture of roguishness, masculinity and strength. His exchanges with cleaner Eva Baalham (Shirley Anne Field) are sweet and funny, but they are also a contrast with his more highly charged scenes with the detectives, where he throws a chair and shows a more dangerous side to his character. 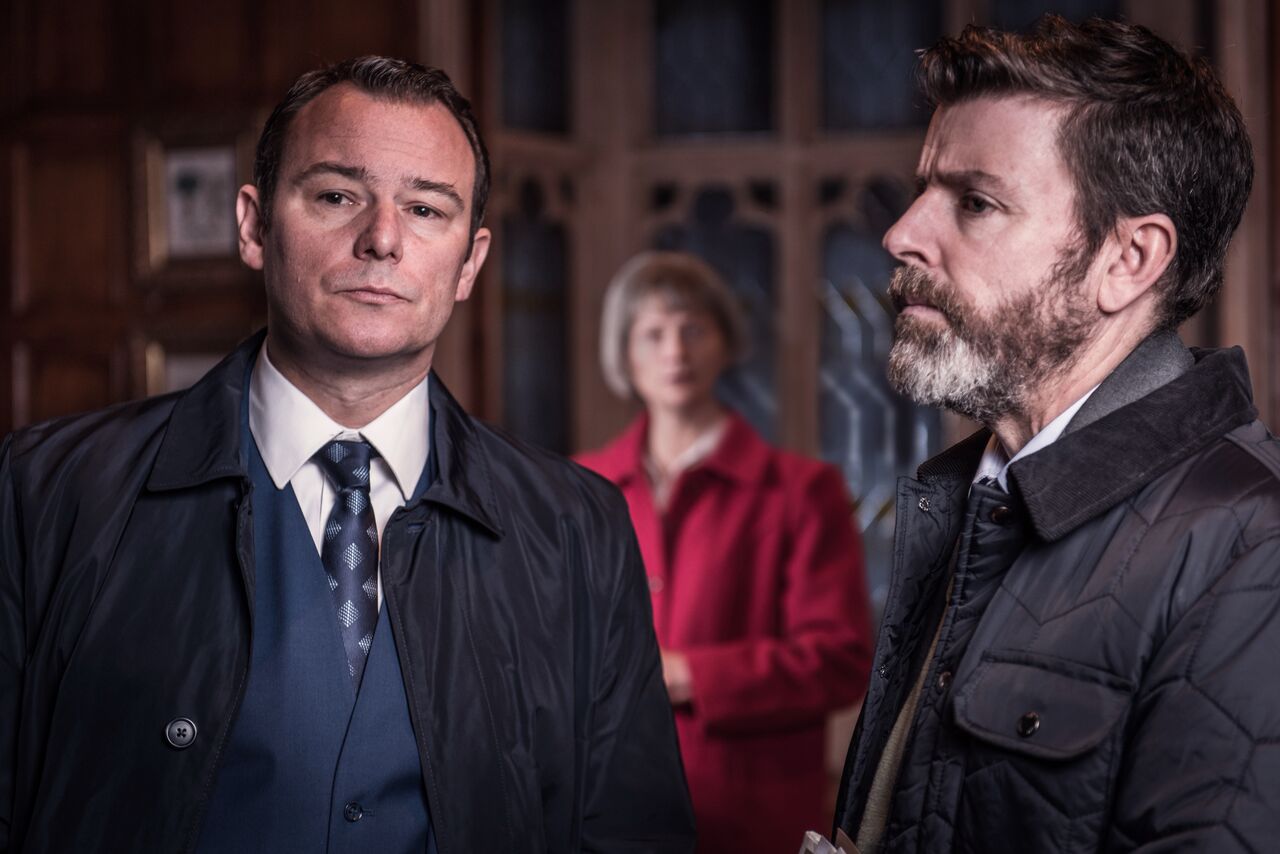 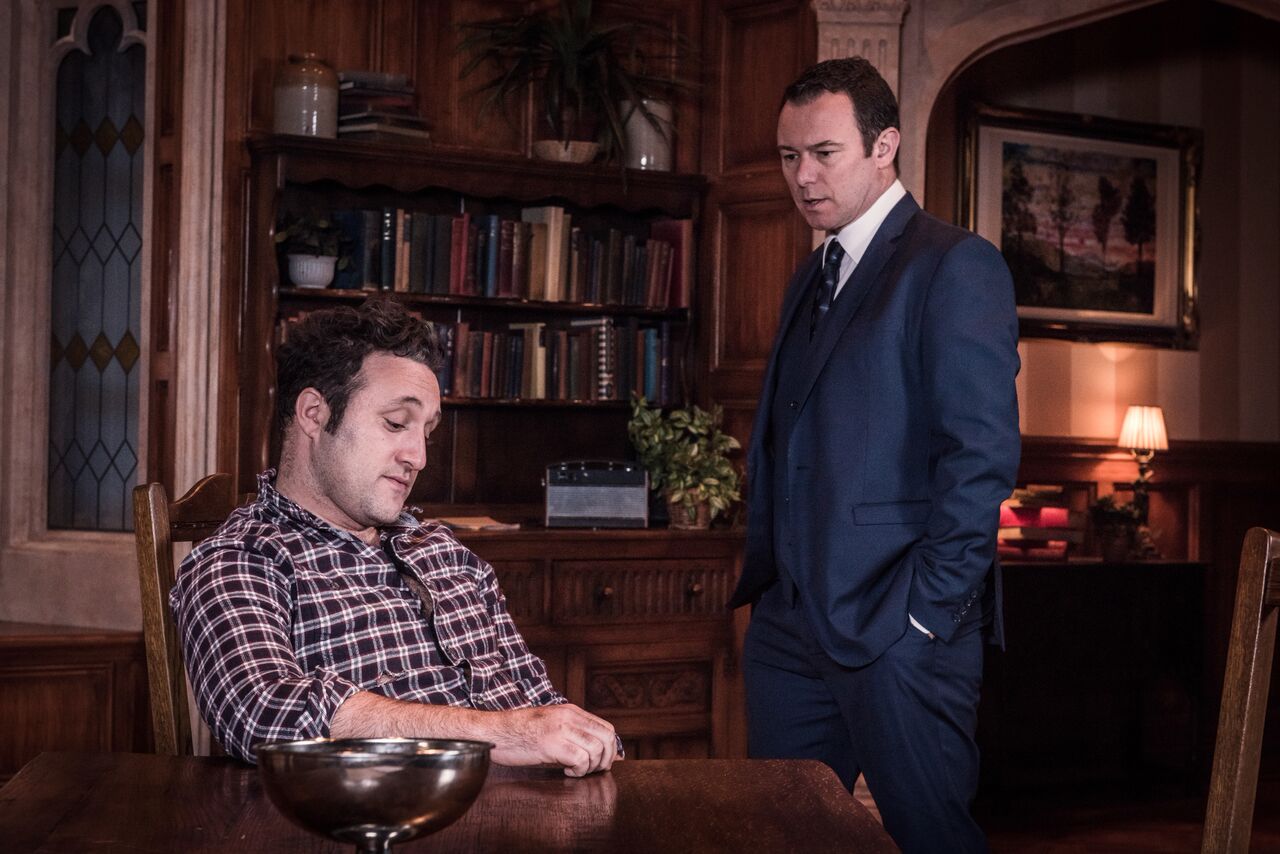 The Coverdale family are also portrayed well. George Coverdale, played by 60s music star Mark Wynter also has an easy charm, but shows himself to be a priggish and unmovable  in some of his scenes with Miss Parchman. His younger second wife Jacqueline (Rosie Thomson) seems happy and relaxed, but her scenes with stepdaughter Miranda(Jennifer Sims) are filled with uneasy tension that both ladies portray well. Son Giles, portrayed by Joshua Price is also good – a perfect portrait of a teenager trying to find himself through meditation and religion, also secretly in love with his stepsister. 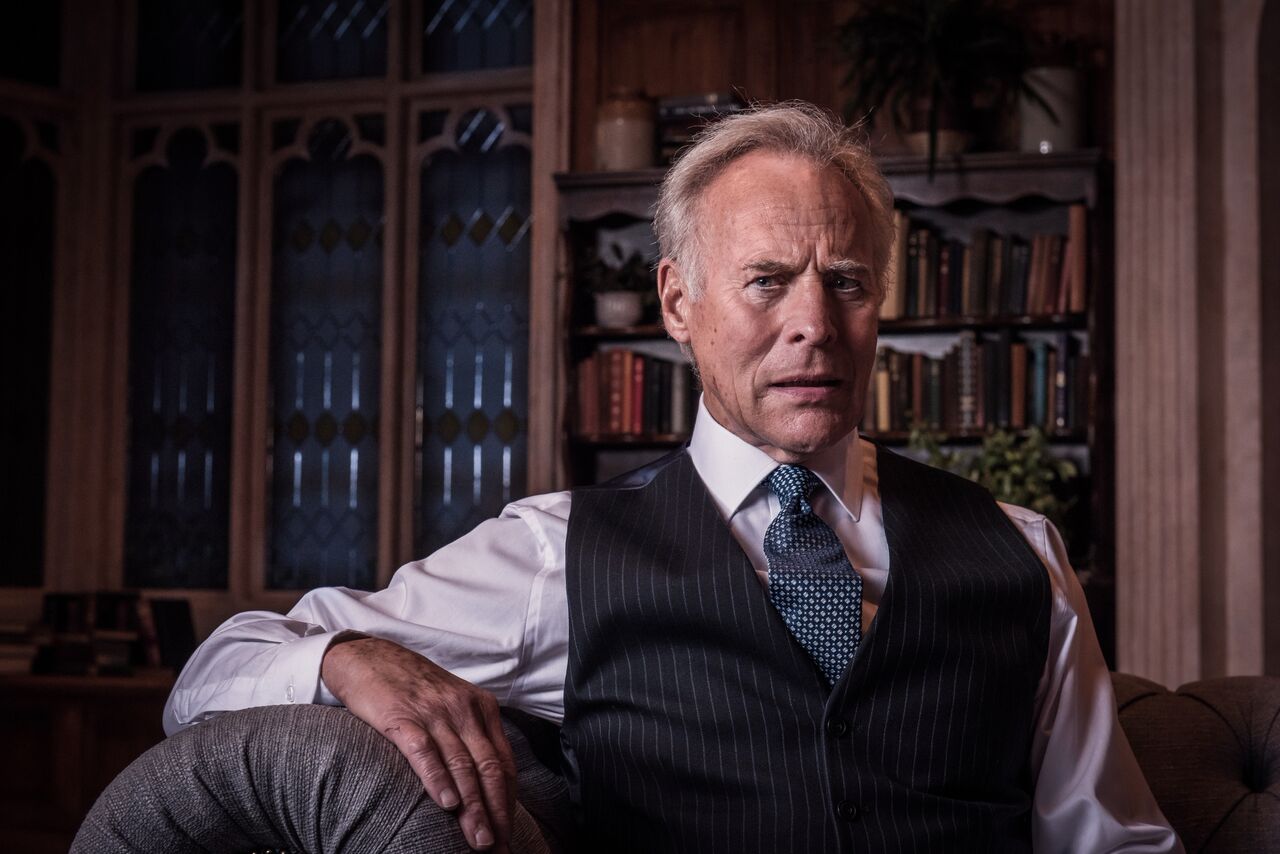 But the stand out performance is from Deborah Grant, as the local postmistress and religious zealot Joan Smith. Her performance, as she quotes fire and brimstone and promises eternal damnation for the Coverdale family, is extraordinary. At times horrifying and violent, she is also at the heart of one of the funniest scenes in the whole play, as Eunice and Joan turn happy clappy singing their religious songs as the bang on a sweet tin. This has to be seen to be believed.

As a study in how the smallest of things can lead to the most horrific of consequences, A Judgement in Stone is a thought provoking piece with excellent performances.