Yesterday saw the release of two official portraits of Prince William and his super stylish bride to be Kate Middleton. Taken by Mario Testino, the two shots show the happy couple in both formal and informal poses, and are truly beautiful shots. Testino is almost becoming the family photographer, taking birthday shots of Prince Harry, and photographs of Charles and Camilla, as well as the famous shots of Diana, Princess of Wales. The photographs are sure to increase the interest in the Princess Catherine-to-be, so what else is new on the Kate front?

Well, we have a date for the wedding, and we know that Westminister Abbey is going to be the venue. At present, the designer of the much-anticipated dress has not been revealed, but Bruce Oldfield is emerging as a favourite.  Bruce is a fantastic designer, but personally,  I hope Kate opts for someone else as Bruce is a designer clearly linked in people’s minds to Princess Diana. With the sapphire ring on her finger and Testino portraits, a dress by Bruce Oldfield might be a Diana link too far. 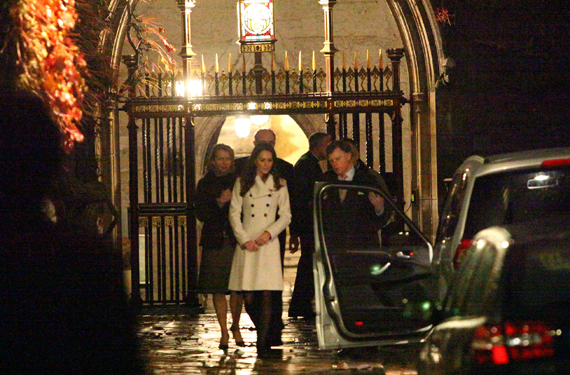 On the fashion front, interest in Kate’s clothing is not abating. The white coat she wore for her evening visit to Westminister Abbey was warm, smart and stylish, and I think it may be a favourite, as I have found photos of Kate wearing this that date back to 2007. 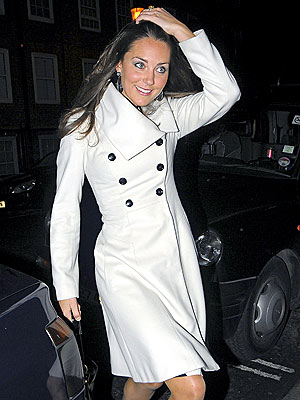 Kate on a night out in that white coat.

The Issa dress that Kate wore for the engagement announcement was an instant sell out, and the F&F £20 copy sold out within a few hours online. Now Peacocks is set to have an instant hit on its hand when it launches its own version of the Kate dress on December 20th. This pretty dress costs just £14 and I think it’s a better copy version than the Tesco dress. 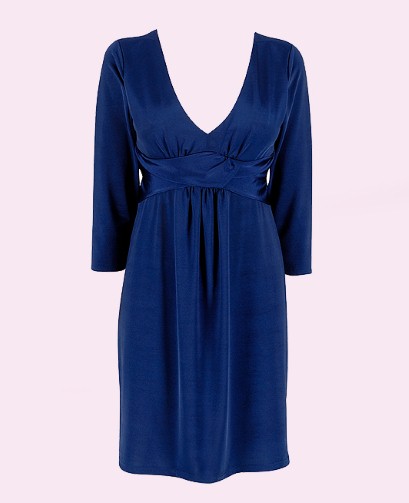 The Peacocks Kate dress £14 from December 20th...on your Christmas list?

In further dress news, there has been lots of discussion about Kate’s first notorious dress. This is the (rather revolting if we’re honest…) see through strapless dress that Kate wore for a fashion show at St Andrews in 2002. The rumour is that it was this dress that first attracted Prince William’s attention to just how stunning Kate was. Now, The Daily Telegraph has reported that the lacy dress, that was designed by fashion student Charlotte Todd, could be worth £100,000! Not bad for what looks like a bit of old net curtain. 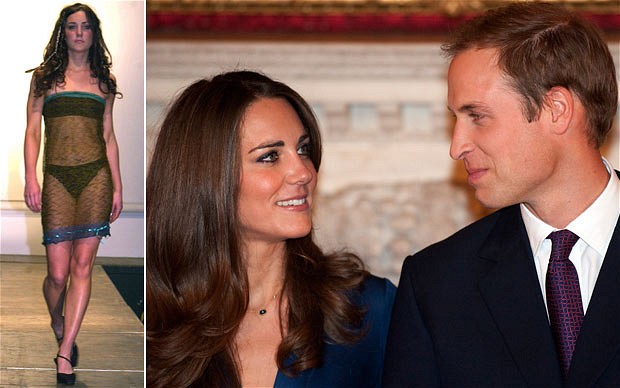 A poll in Heat magazine suggested that Kate will be the most watched person in 2011. Fashion-mommy will be following the run up to the wedding with interest and a keen eye, so keep a look out for the royal wedding style updates.