My second trip to this summer was a trip to Weston Super Mare with my boy. It was a beautifully sunny day, and we spent most of our time on the beach and on the pier, with a significant amount of time spent in the arcade trying to win bears we could buy so much cheaper.

Having my boy with me meant my search for deco was restricted and almost incidental – i.e. I know Weston has a fabulous example of an Odeon Cinema, but didn’t get to see it. However, I did manage to see a couple of beautiful examples of iconic buildings, and will have to head back again as I know there are so many more, another fabulous example of how wonderful Art Deco was by the sea.

The glorious building that is now Funland was once the site of Weston’s lido and was reopened in 2015 after being closed for 15 years previously. The Lido is long gone, but the site gained notoriety when it was chosen as the site of Banksy’s Dismaland in 2015.

Today you gain access to a fairground and attractions through that famous entrance and it is good to see the building surviving. 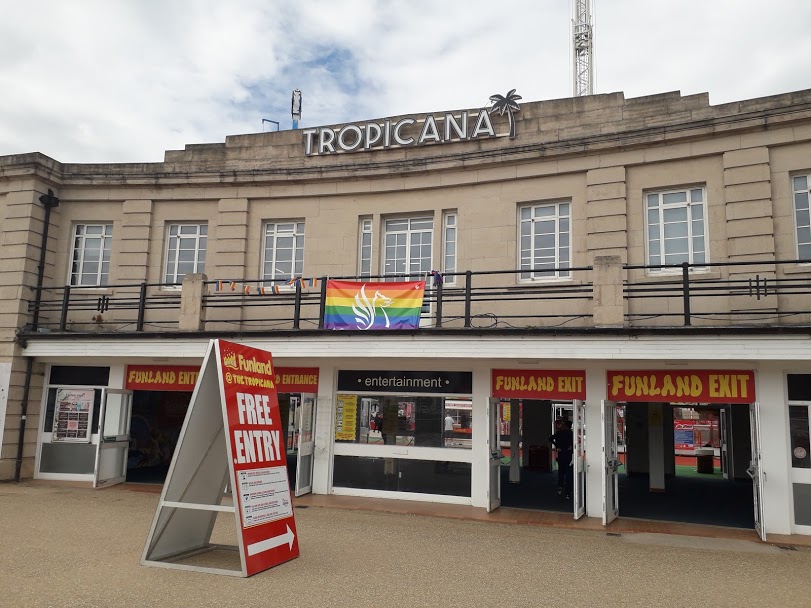 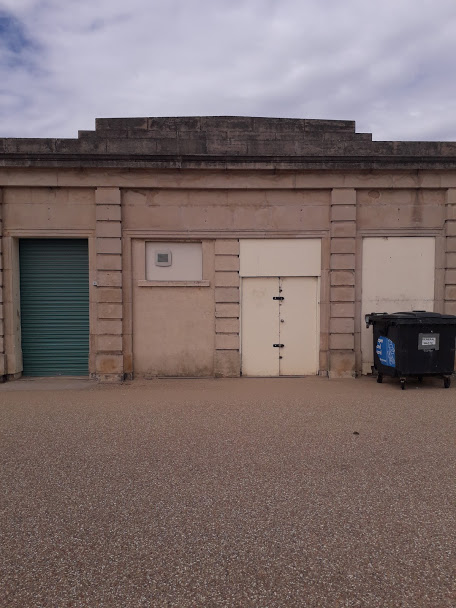 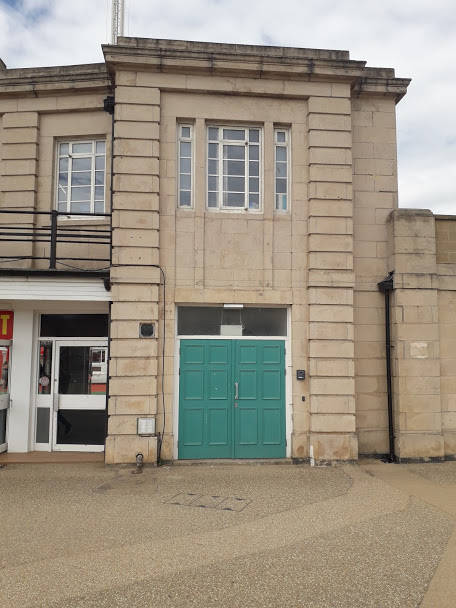 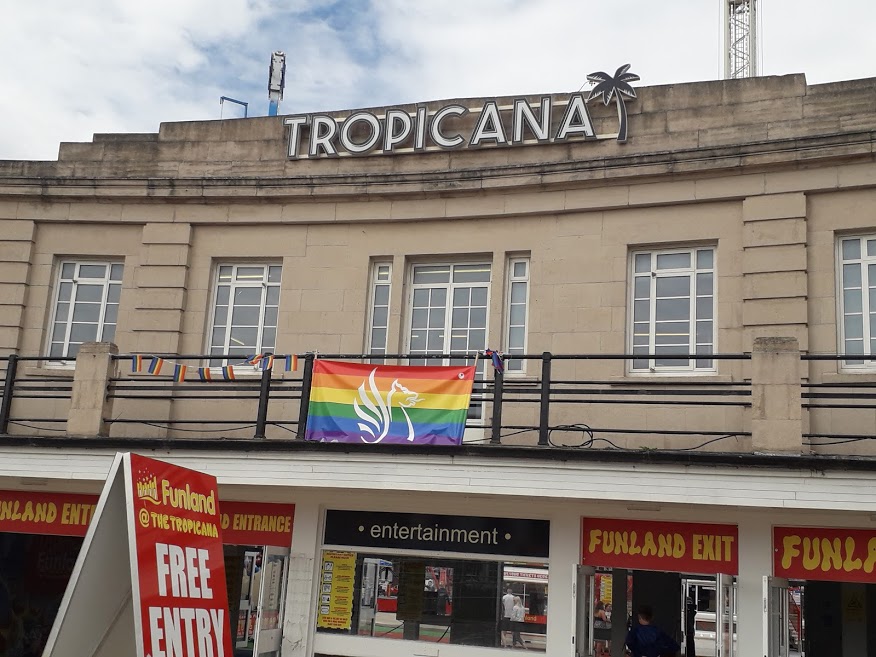 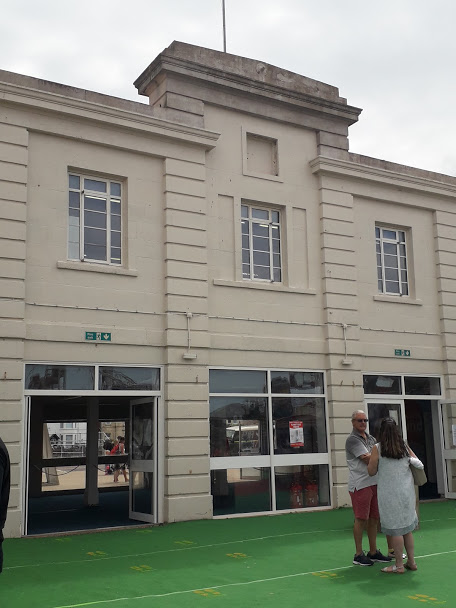 The former Burton store in Weston is an absolute classic, with gorgeous elephant motifs that are also seen in the former Wolverhampton store. It is a real showstopper, but unfortunately it has missed being listed by English Heritage due to the signage added by CEX which also now claims part of the store.

I didn’t get close enough to see if any of the foundation stones remained intact, maybe you could let me know if they do? 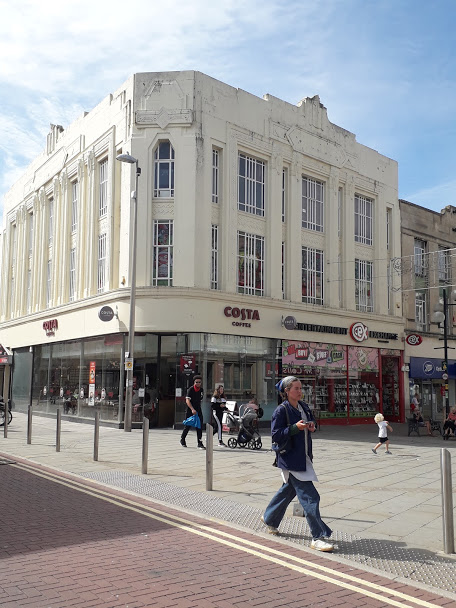 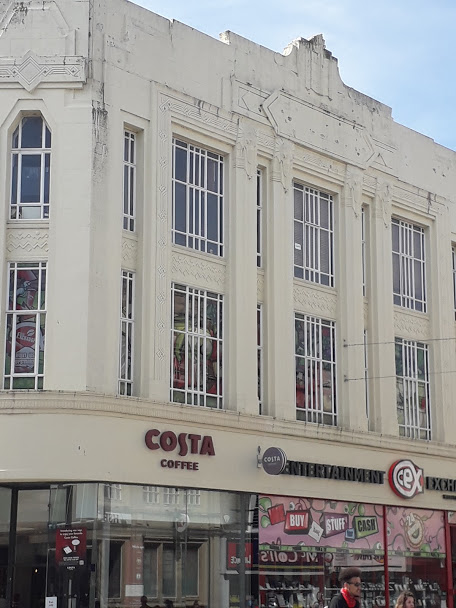 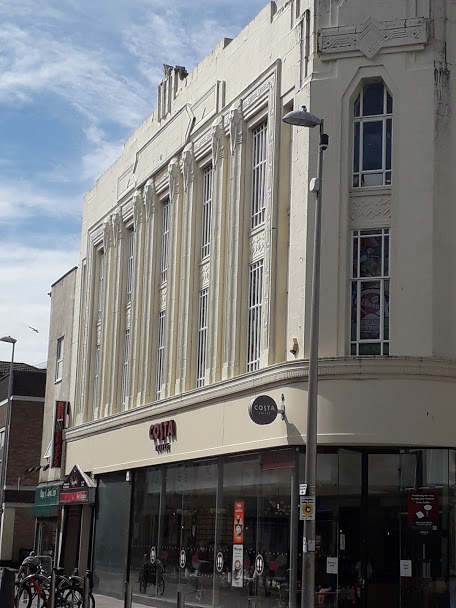 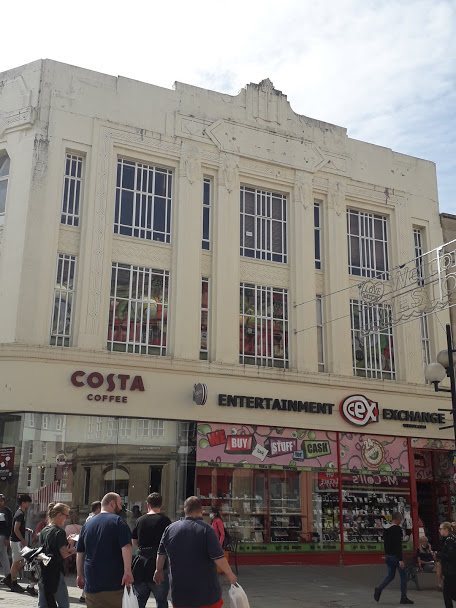 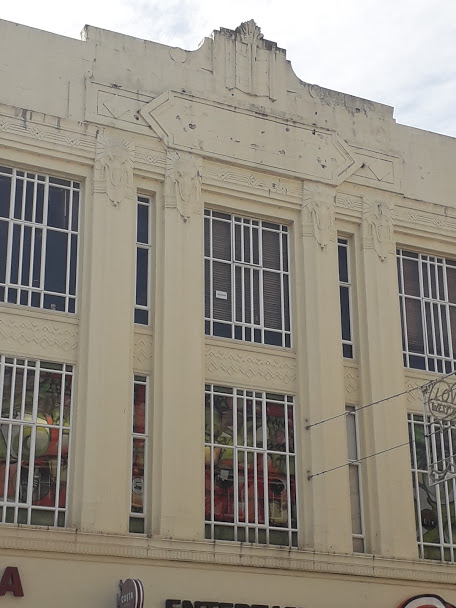 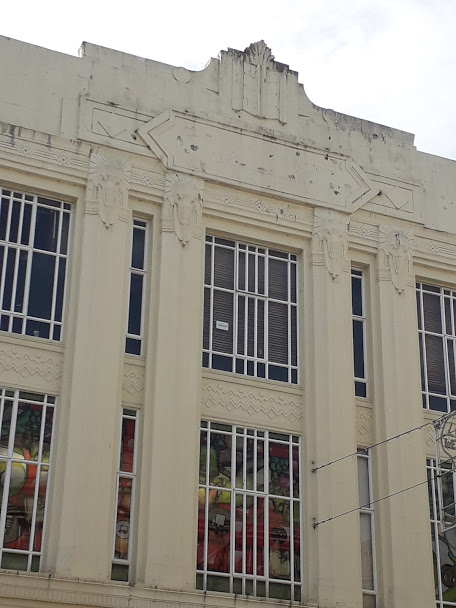 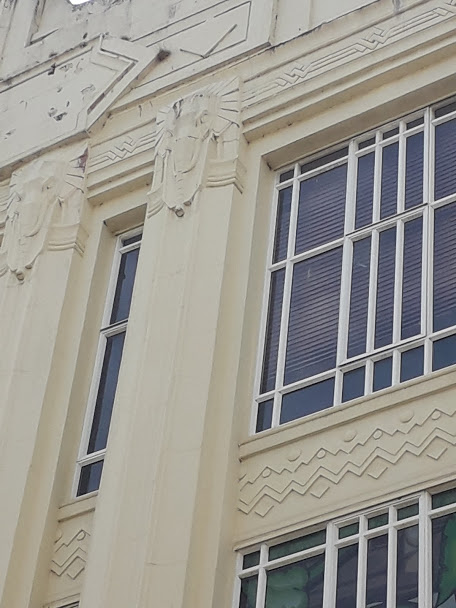 Another glorious example of 30’s deco is the former Grand Central hotel that is on the sea front opposite the grand pier. Once a hotel, and then later an indoor market, the hotel now has a range of small business and cafes that run from it, but still has that glorious clock that you can just see in the picture (and can get a better view of here.) 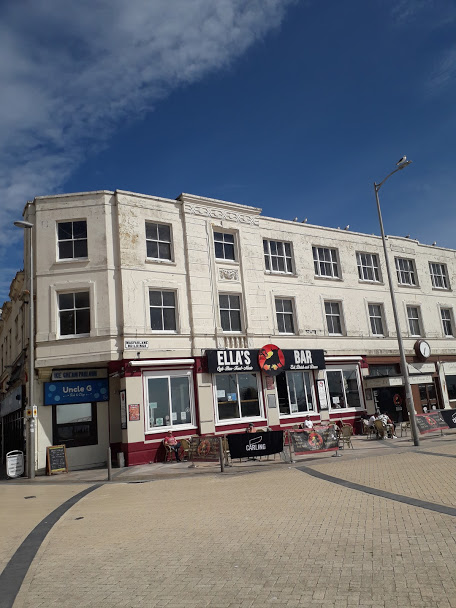 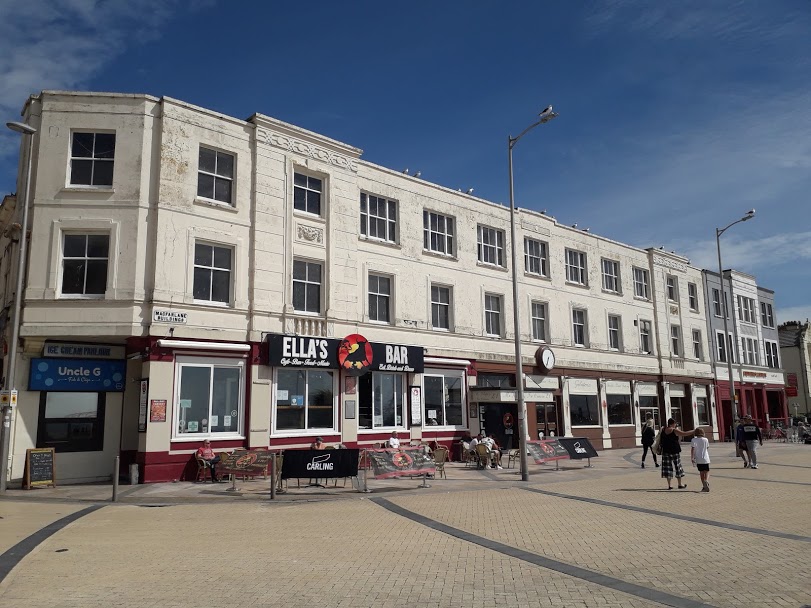 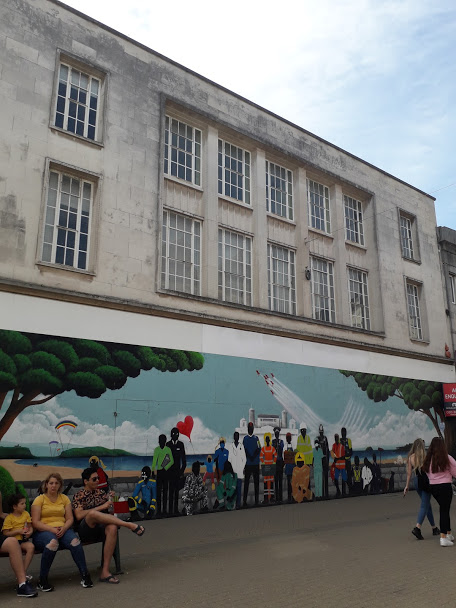 The iconic M&S store closed in 2019, after 112 years in Weston. There were reports it was going to become a Sue Ryder charity shop, but this hasn’t happened yet, and now the site is home to a wonderful keyworker mural by local artist Martin D’Arcy. Youi can read more about the mural here. 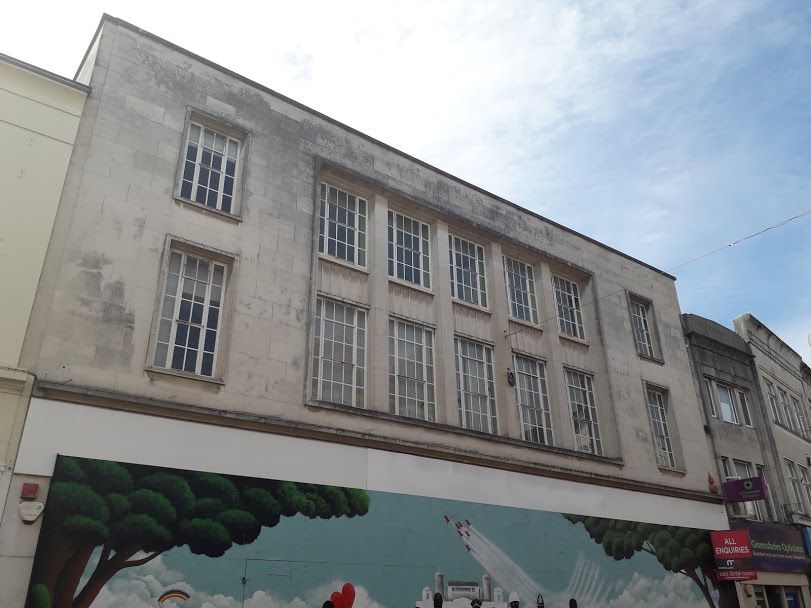 It is quite obvious what this building is now, but I can find no information about what it once was. It is on the High Street, and is part of the heritage site that was earmarked for improvements to the buildings, although it is hard to see any at the moment. I love the zig zag pattern that is reminiscent of deco’s obsession with all things Egypt. 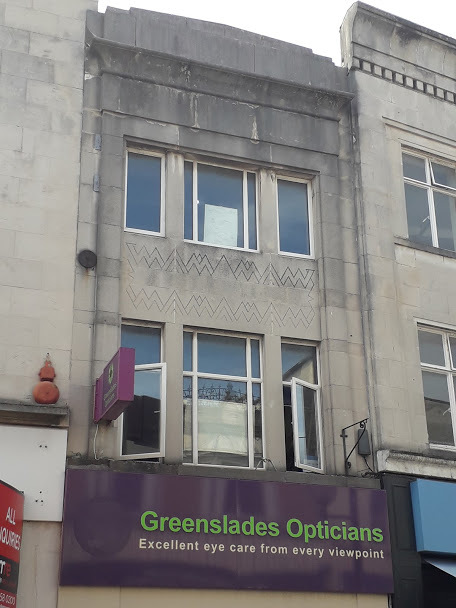