For adults of a certain age, Bedknobs and Broomsticks will always have a special place in our hearts due to the glorious Disney film starring Angela Lansbury and David Tomlinson. Now it is winning over a whole new audience through the live musical version that had its press night at The Alex, Birmingham last night. I’m so pleased to say that it retains all its magic, and adds so much more. It is simply glorious. 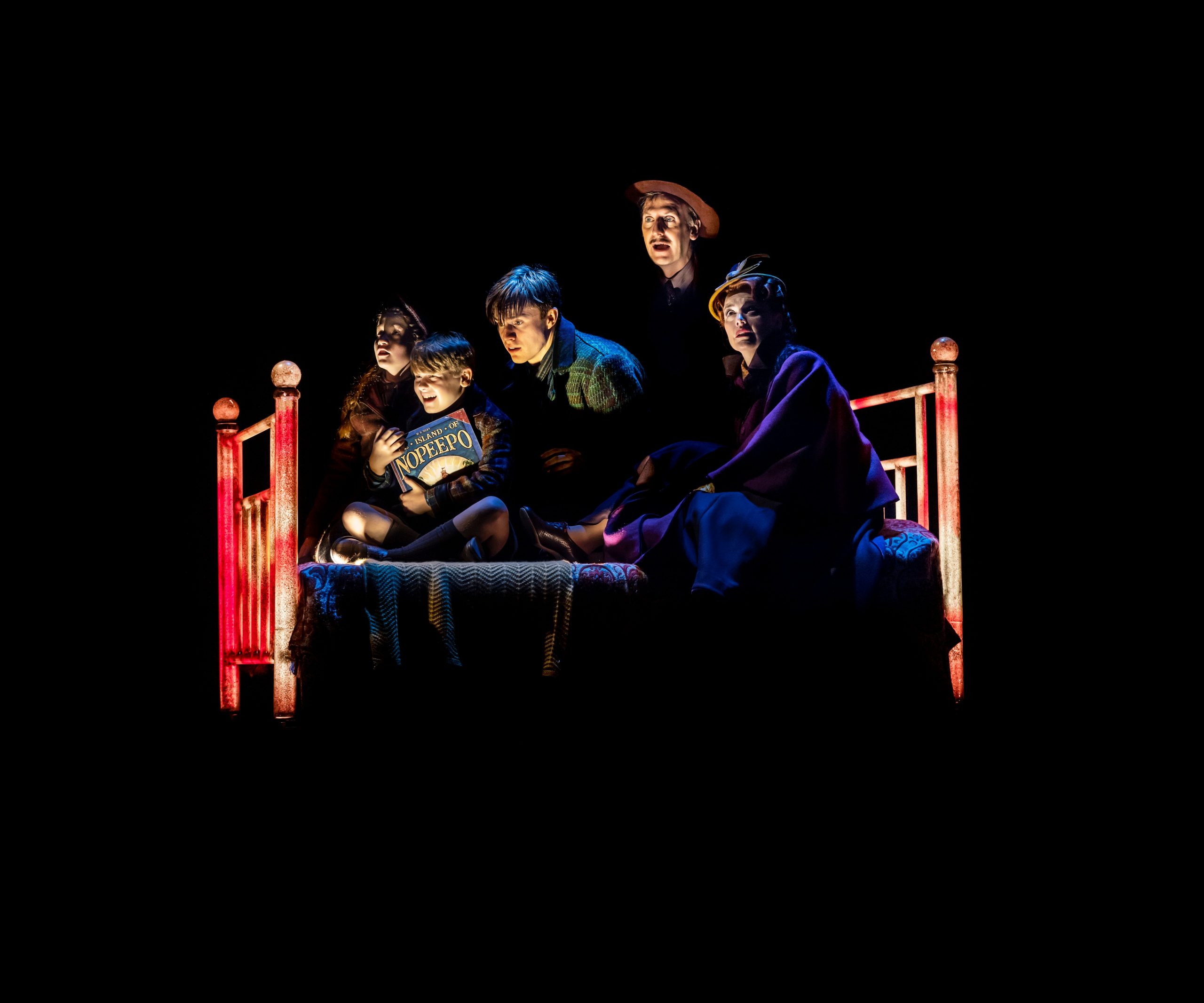 It begins in sombre style, we see 3 children, Charlie, Carrie and Paul, being put to bed in wartime London, and then see the skyline change to show their home destroyed by Blitz bombs. What then follows is an effective music only interlude as the children are transported to a small village as orphaned evacuees. They are due to be billeted with the rather mysteries Eglantine Price, although the rather scary farmer’s wife Mrs Mason (Susan Van Den Berg in a brilliant cameo) offers to take them. When Eglantine arrives on her motorbike it is clear there is something a little different about her, something confirmed when the children see her flying in the night sky on a newly acquired broomstick. Eglantine is a trainee witch with a plan to help end wars and suffering. But as a trainee, she needs further help from her mentor Emelius Browne, so with the children, she uses a bedknob that young Paul carries in his pocket to turn the children’s bed into a flying machine. But in London they find another host of problems and mysteries, as it seems that Paul may have had the answers all along. But are things really what they seem? 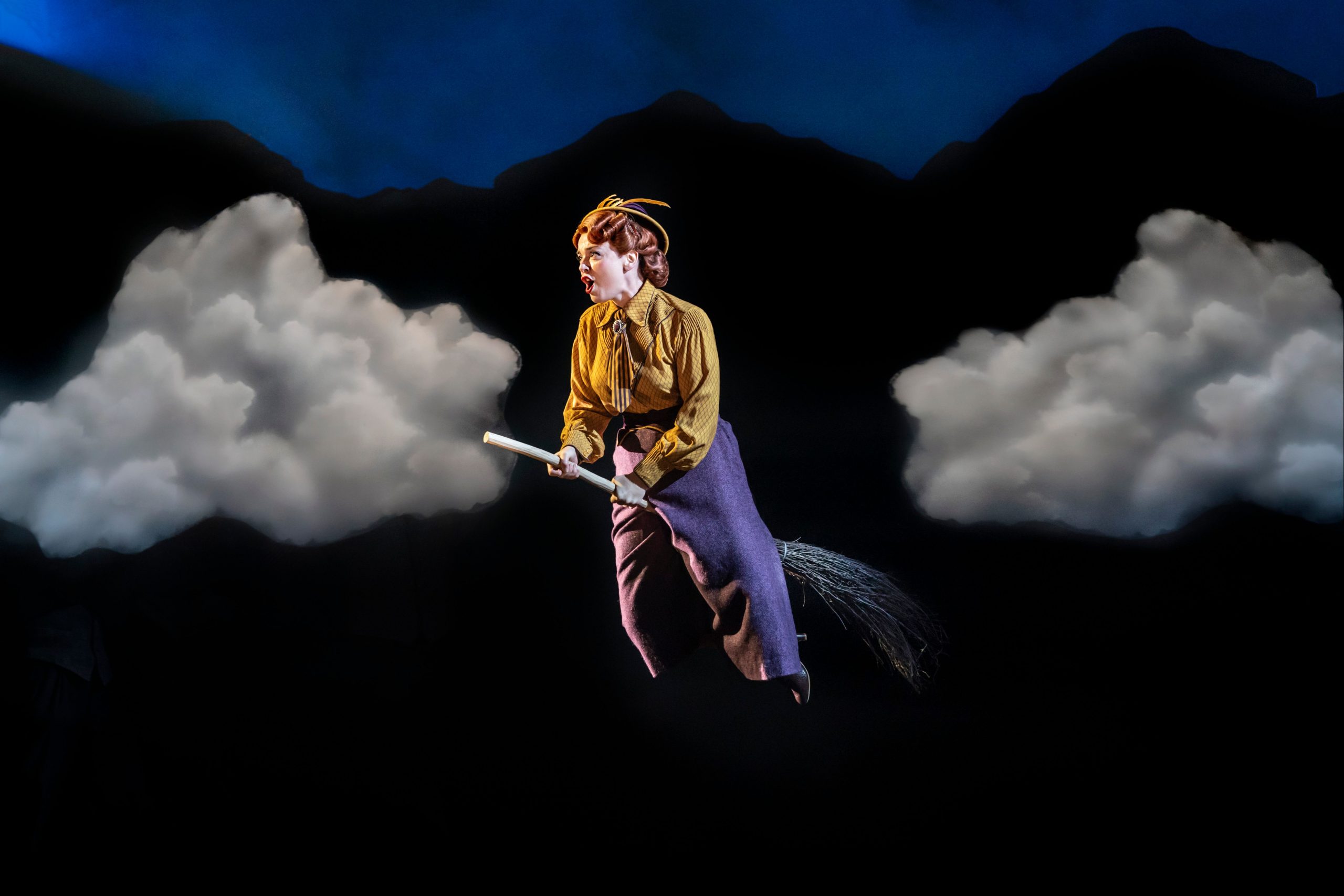 An important part of the joy of Bedknobs and Broomsticks is the wonderful cast, not least the leads. Dianne Pilkington is a perfect Eglantine, prim, bossy and with a surprise or two up her sleeve. She is totally matched by Charles Brunton as Emelius Browne, giving me David Tomlinson vibes as the loveable magician/conman. Their wonderful rendition of The Beautiful Briny (bobbin along) is both funny and charming, and as whimsical as only a dance routine with fish could be. The leads are ably supported by the children, with Conor O’ Hara a fantastic Charlie Rawlins, the oldest of the kids, trying to protect and look after his siblings. He is wonderful in the musical number ‘The Age of Not Believing’ when he shows his vulnerability due to losing his parents.

The beauty of Bedknobs and Broomsticks is that the magic is there to delight. From the flying bed, to the musical interludes in Nopeepo which include wonderful puppetry from Rob Madge and Emma Thornell, and a fabulously fierce performance from Matthew Elliot Campbell as King Leonidas, and finally to exceptional battle scenes, you eyes are always drawn to the wonderful visual elements that are just stunning. The musical score may not be as well known as Mary Poppins, another Disney production from the Sherman Bros, but it does contain a host of delights including ‘Filigree, Apogee, Pedigree, Perigee’ and the fabulously colourful ‘Portobello Road’. The clever sets also deserve a mention, particularly war torn London, and the evocative village museum. 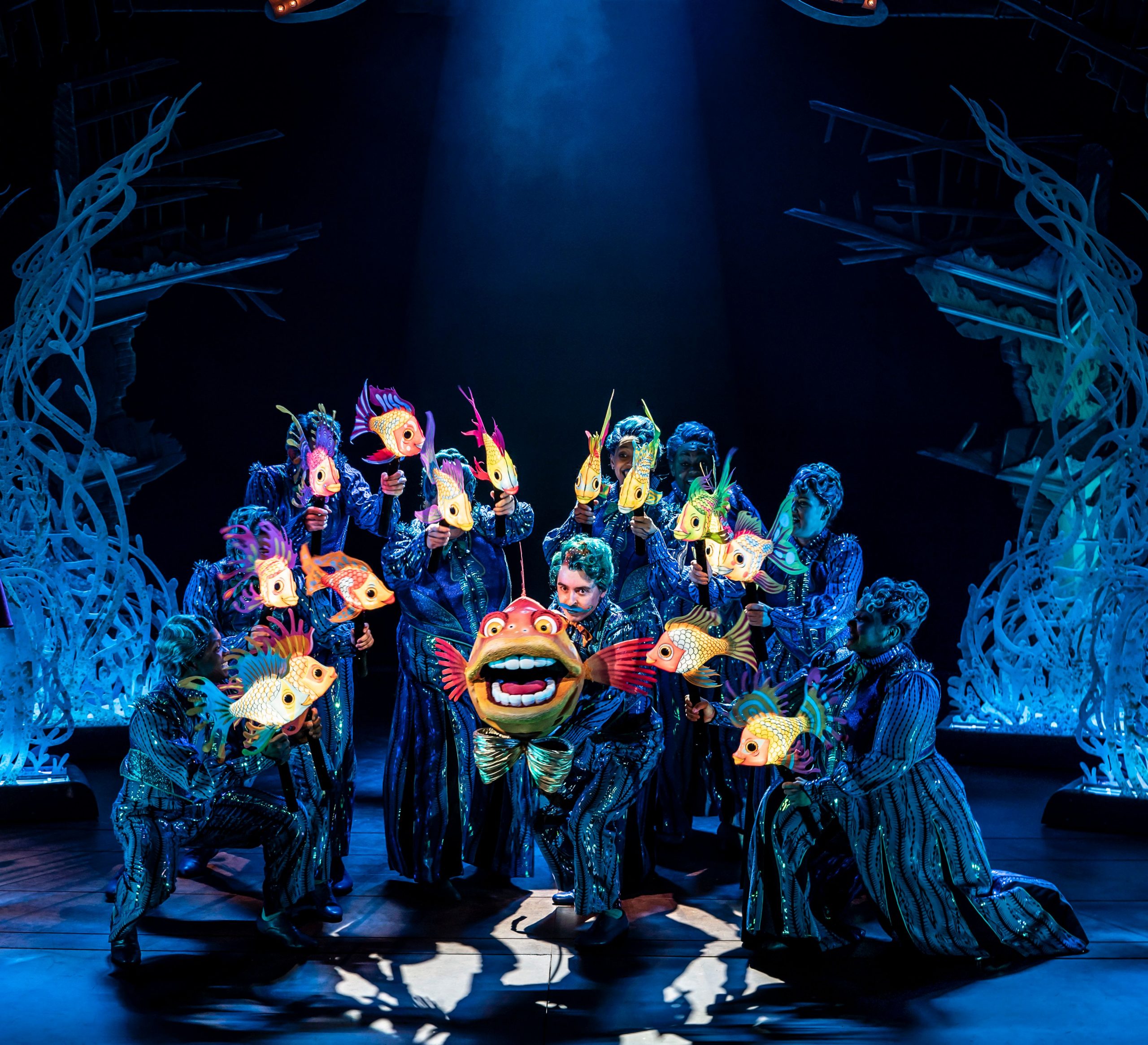 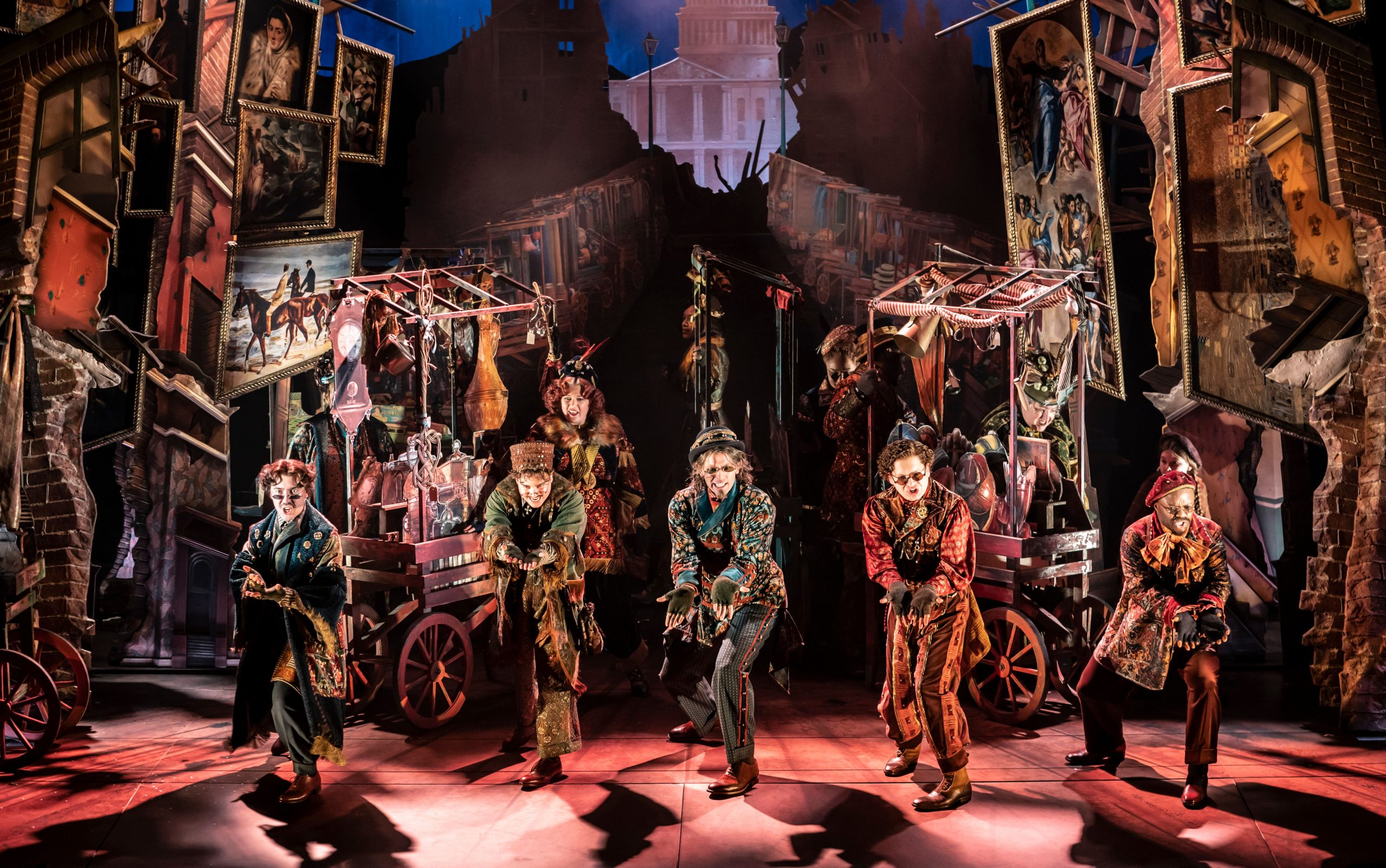 Bedknobs and Broomsticks is a wonderful blend of fairy tale and magic that will charm all ages.