Last Friday I was invited to go behind the scenes at the Birmingham Hippodrome to have a look at what goes on backstage at the musical Billy Elliot. Actor Scott Garnham, who plays Tony in the stage production, took us on a tour of the set and backstage areas so we could really get a feel of the hustle and bustle that goes into making a hit musical. The props, the wigs, the sets and the ballet tutus and riot shields were all there, making it a very exciting experience. 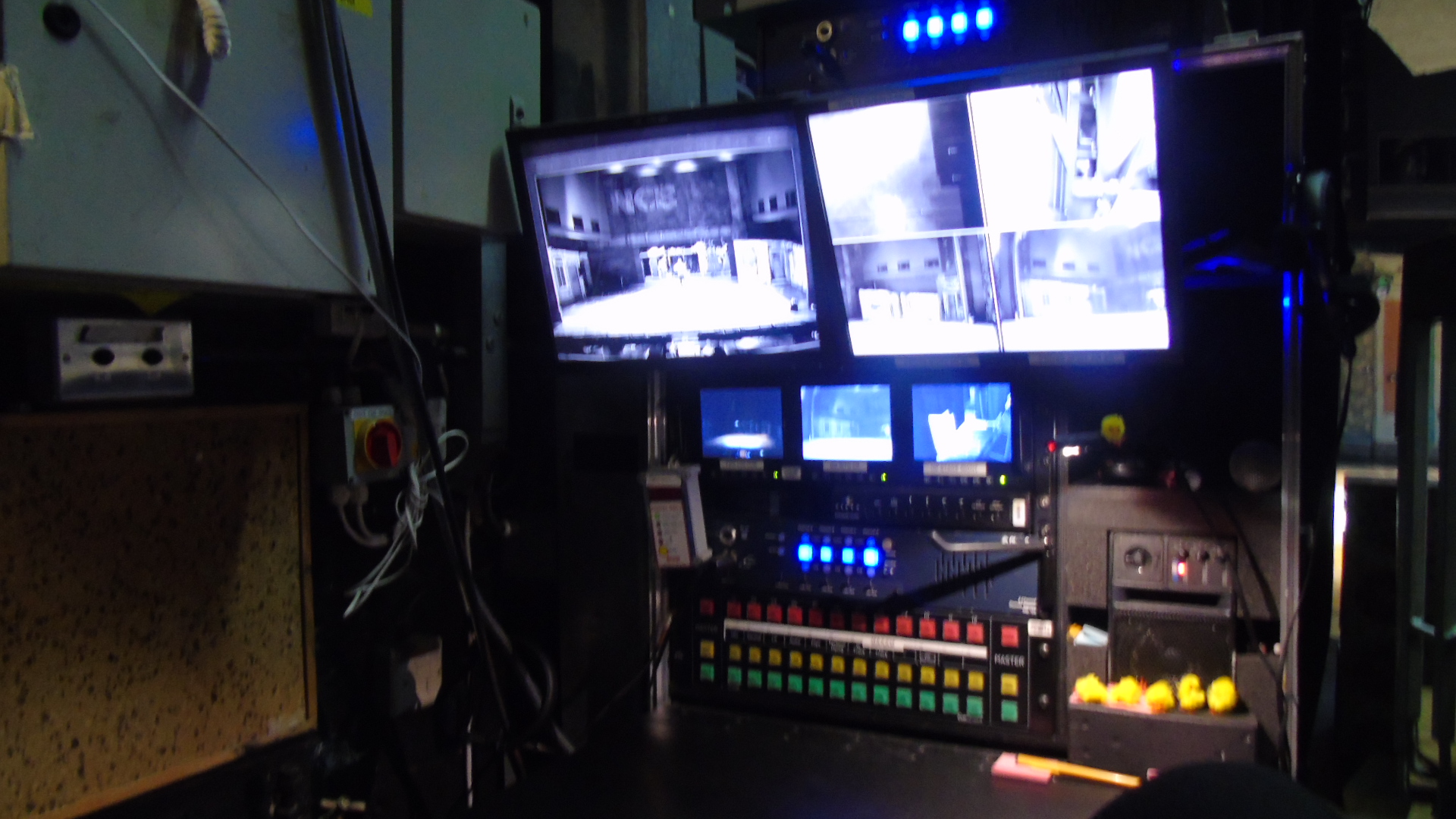 Billy Elliot is a big musical in more ways than one. It has a large cast, and large production set pieces, which call for a large space, both in terms of stage and backstage. The Hippodrome is truly enormous backstage, making it probably the only theatre in Birmingham that could accomodate such a big production. Scott explained that the touring production has had to use big theatres in towns and cities across the UK, and, in most cases, the theatres used were the only ones that were big enough in each place. The large cast calls for lots of dressing rooms, and enough space backstage for mass costume changes, special areas had been created to house items like the tutu’s used in the last musical number, and for the rows of riot shields, an enormous canister of dry ice dominates one corner of backstage. Billy Elliot is a musical on a grand scale, and the space needs to reflect that. 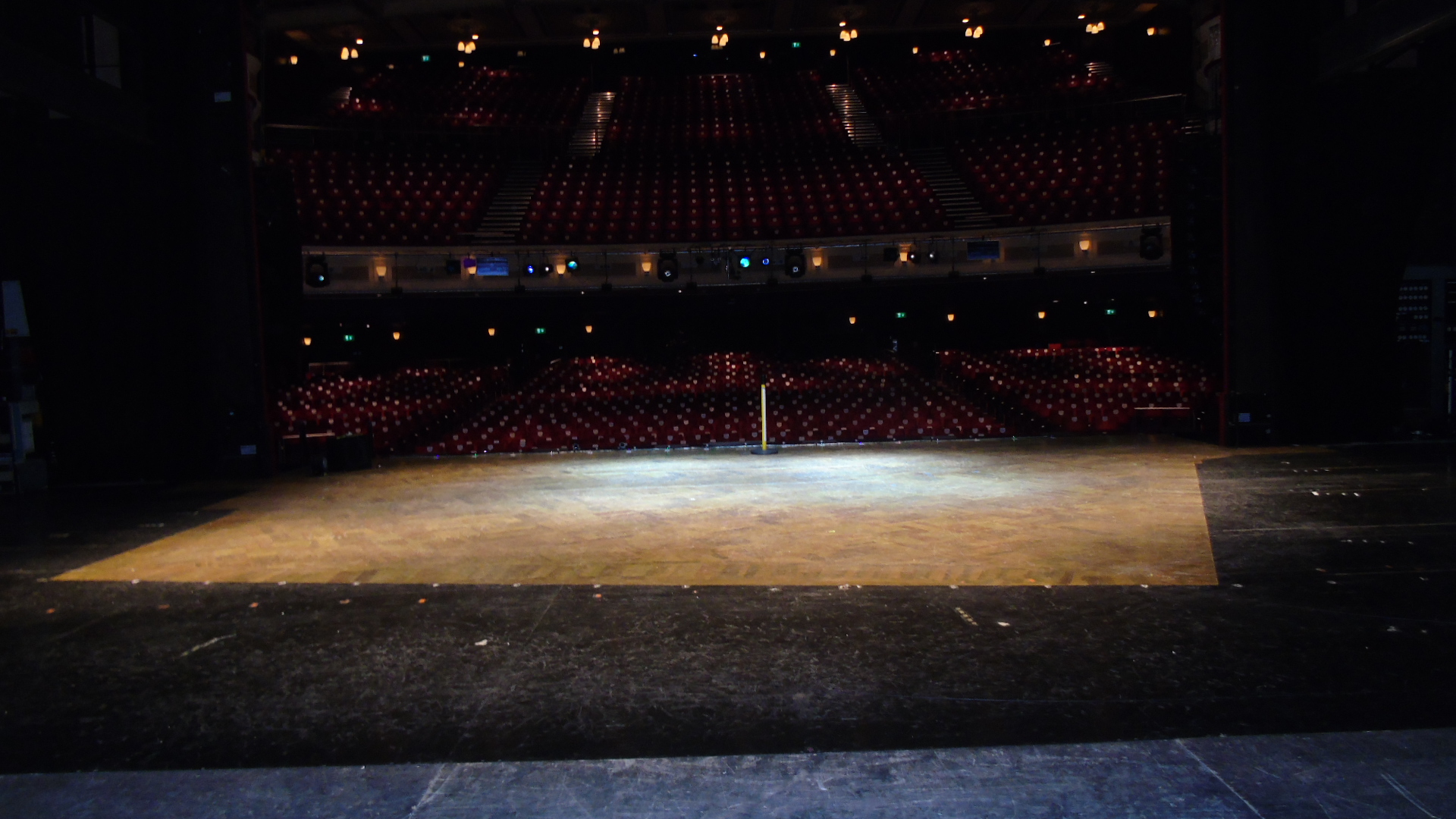 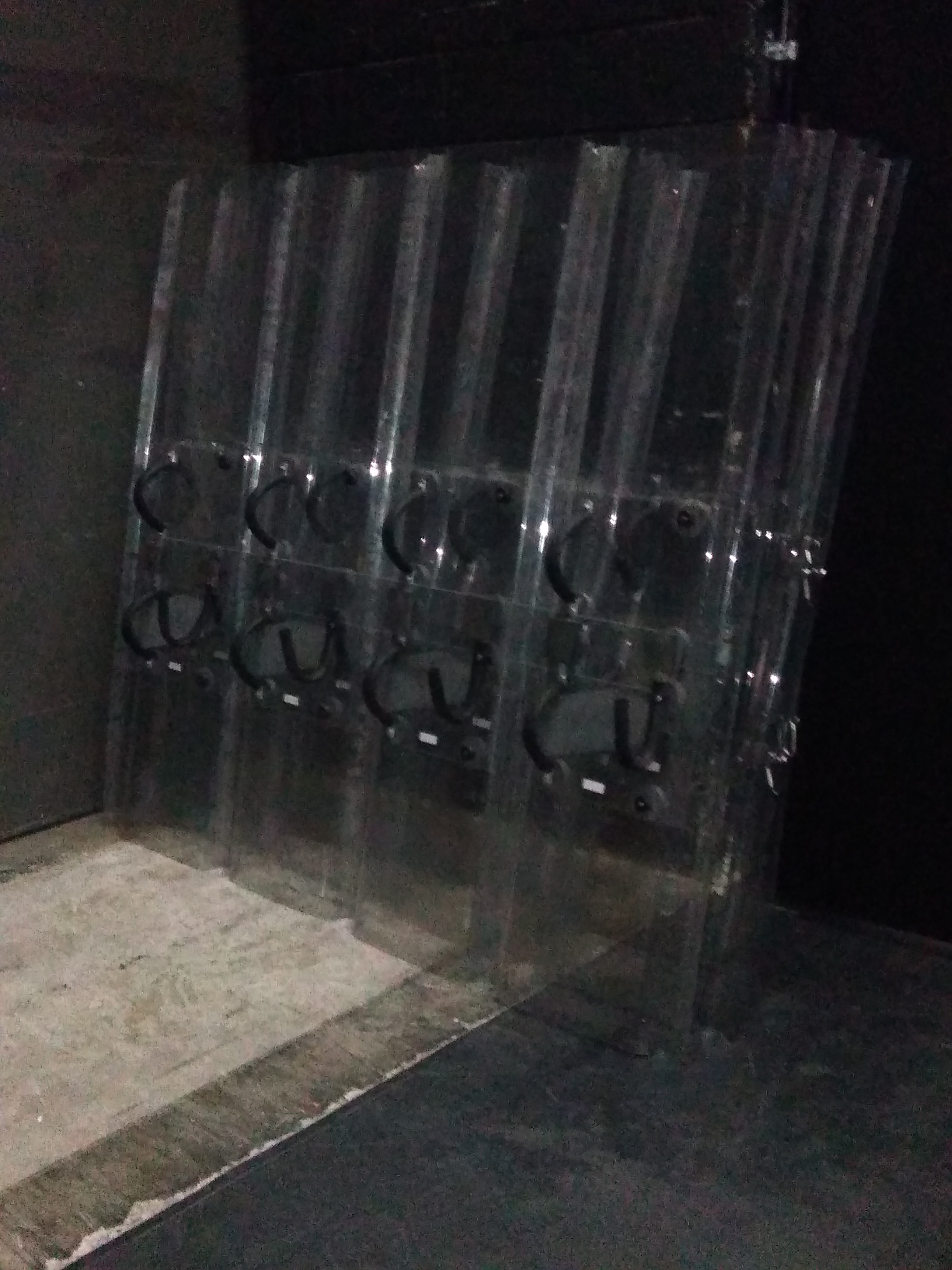 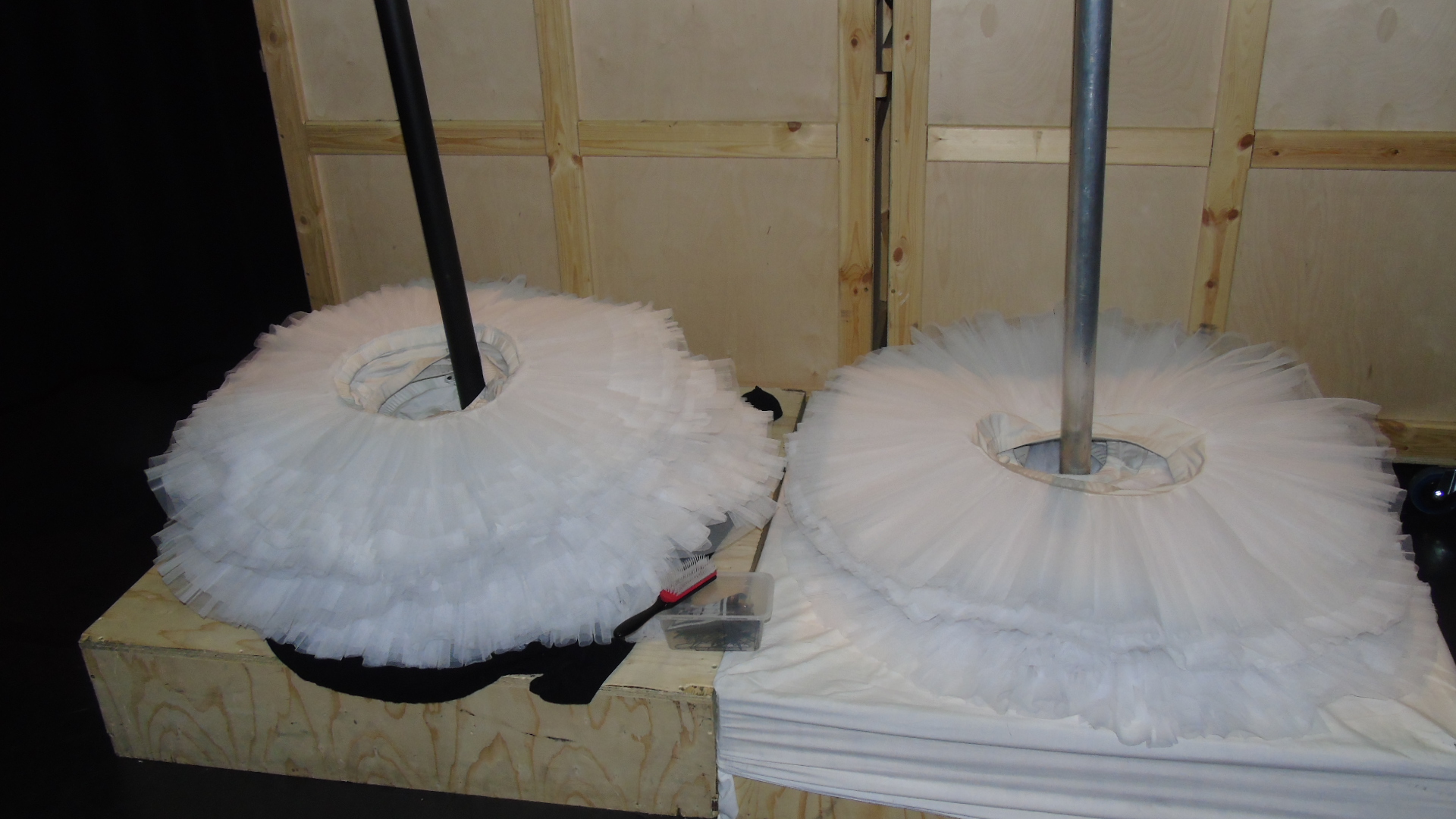 It is surreal to look around the backstage area. The fact that when you look in the air you are faced with an  enormous Maggie Thatcher looking back at you makes this no ordinary experience. There are two separate dressing areas – one for adults and one for the children, as well as an area full of wigs. Miners helmets and tutus are everywhere, highlighting the two themes of the musical, and there are boxes and boxes of props, including a box full of rather evil looking Thatcher puppets. Another surreal aspects are the fantastic giant costumes that are lowered onto the wearer at the very last minute, and hang suspended backstage, almost dancing in the breeze. 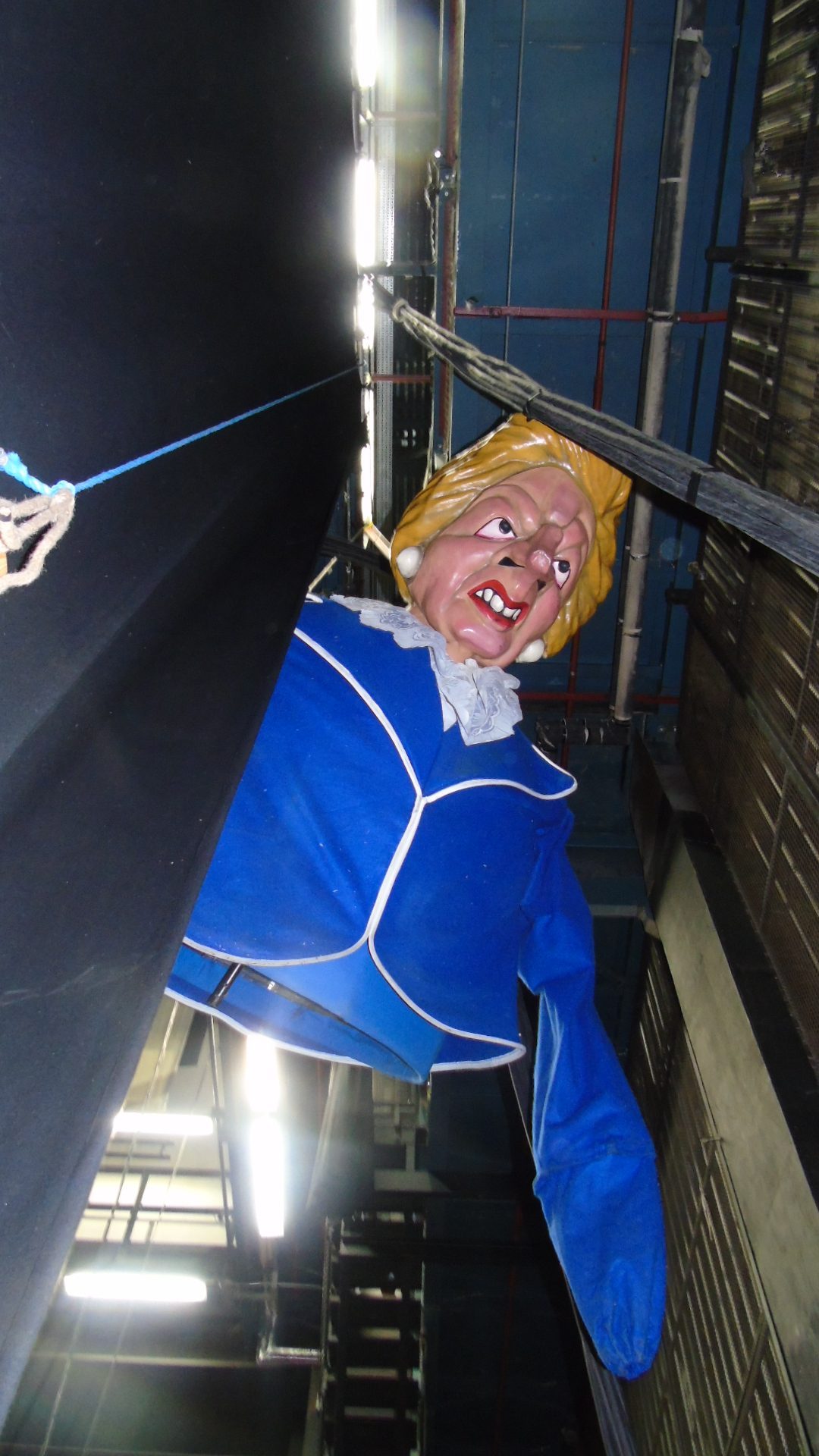 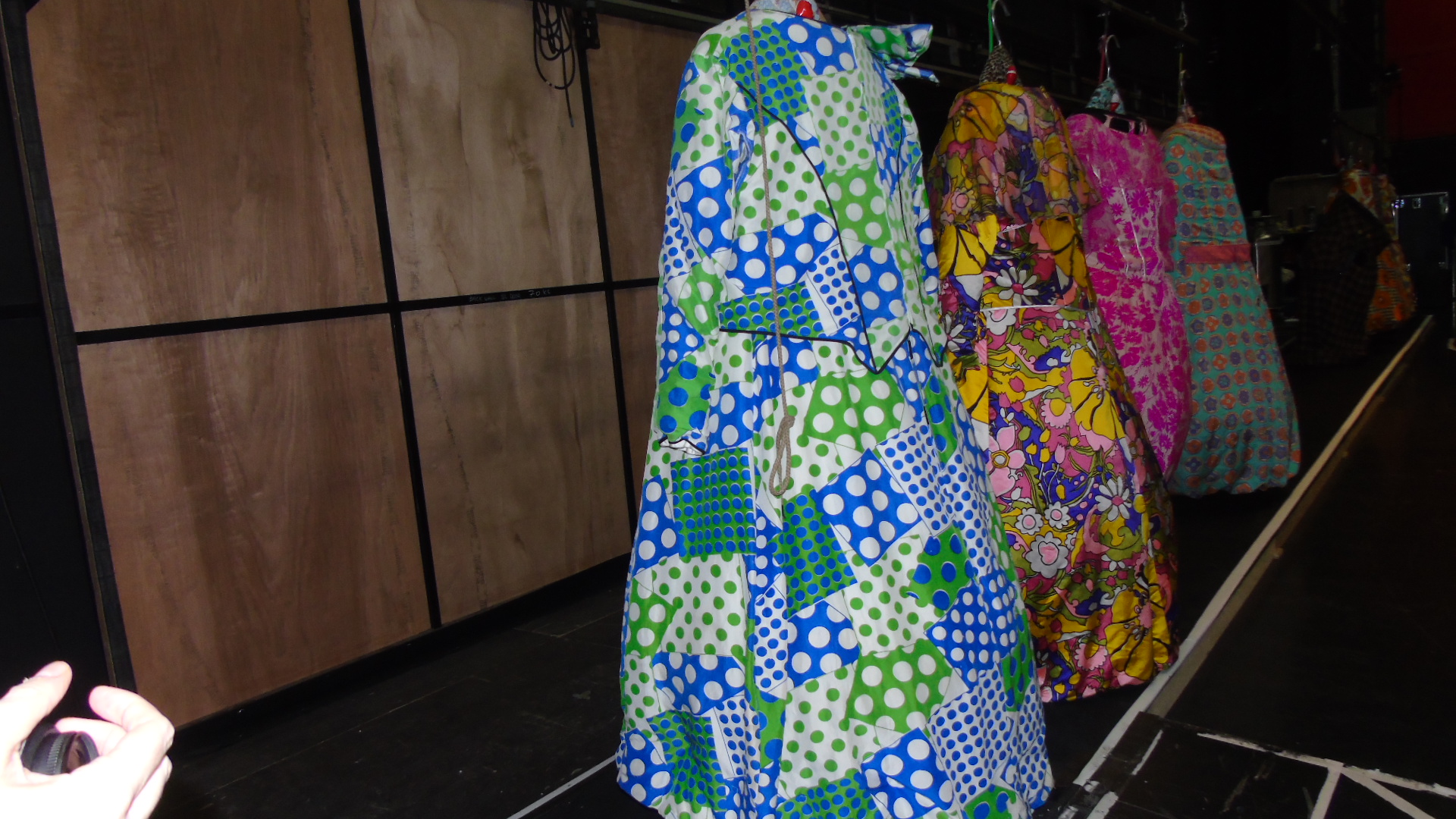 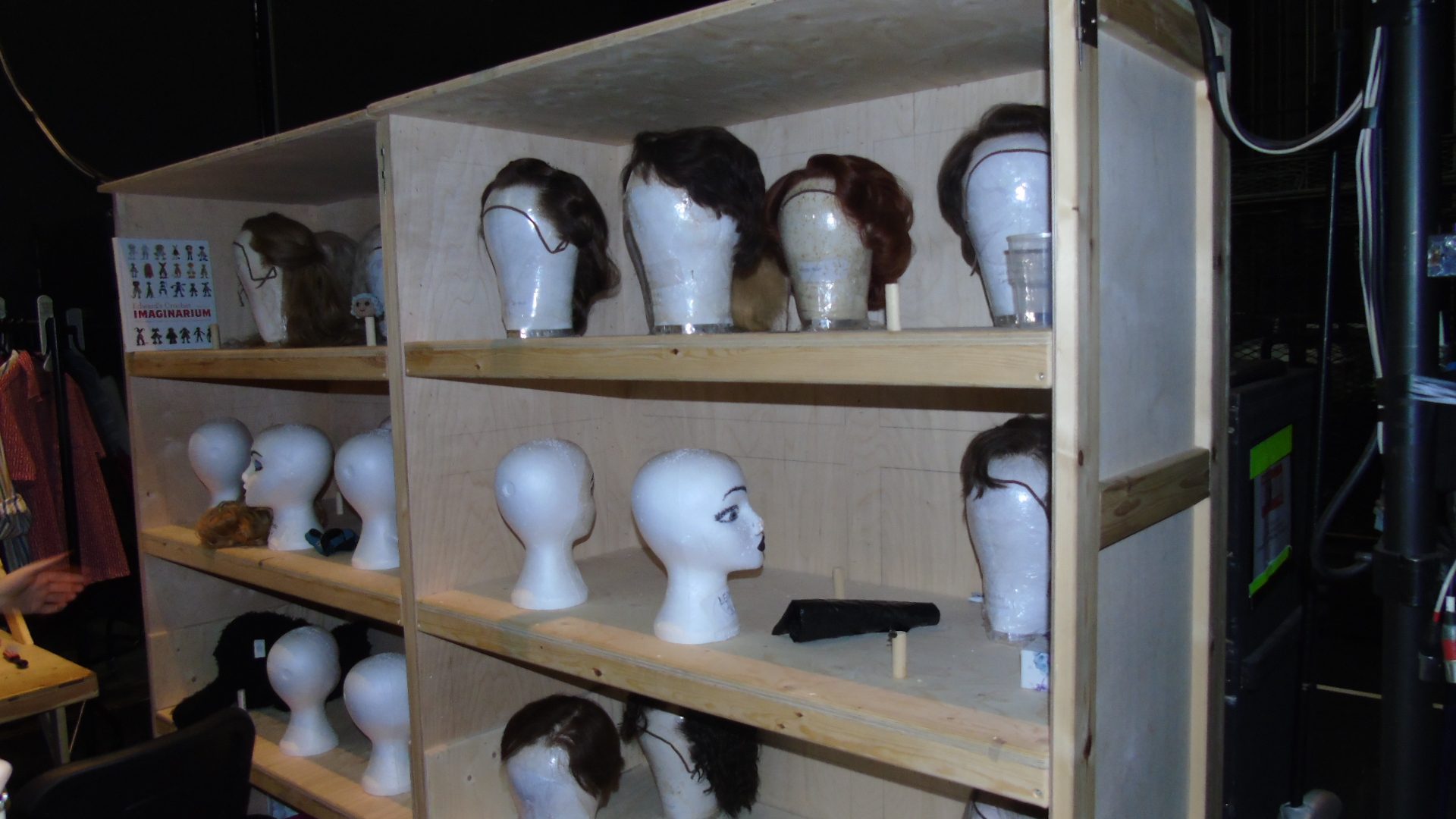 The backstage tour highlighted some of the magical tricks of live theatre. The sets work on hydrolics, Scott explained that even when it looks like members of the cast might be pushing the sets, they aren’t. There is a booth backstage for adding extra vocals and voices to production numbers where those voices are heard, but not seen. Microphones are added to trousers to make the sound of dance steps, particular tap steps, loud and clear from the stage. The iron bars used by the miners, covered in newspaper, which look so sinister on the stage, are actually fairly soft rubber when you remove the paper. Billy Elliot is a magical experience, and it was interesting to see just how some of that magic is created. 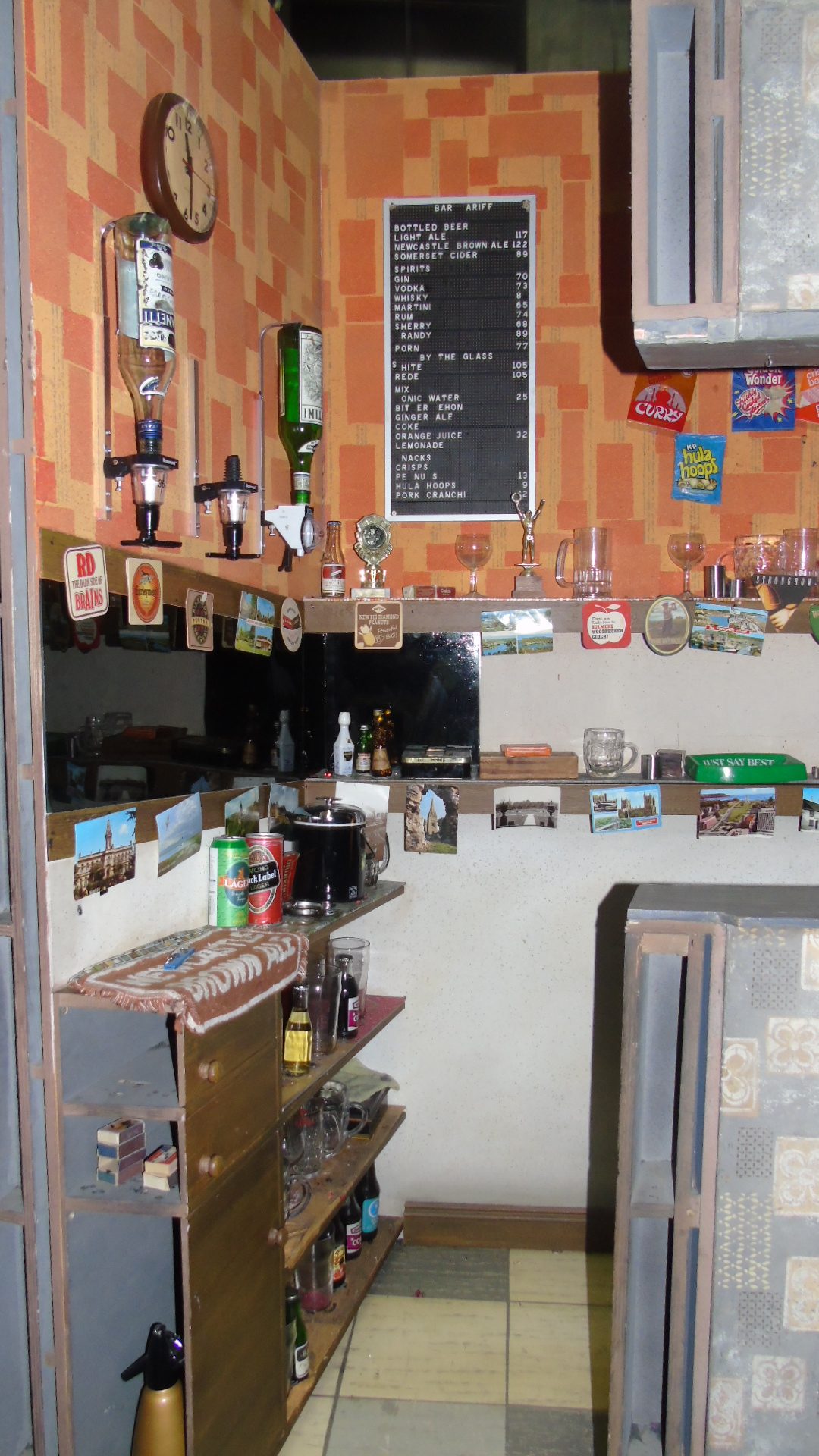 I will be posting later in the week the second part of my Billy Elliot experience, a chat with Jeroen Luiten the Resident Choreographer.

8 thoughts on “Behind the Scenes at Billy Elliot”