It’s coming very close to the first half term holiday of 2016, and with family fun and dining in mind Brewers Fayre have put together a range of child friendly activities. This means that as well as filling their faces with scrumptious grub, kids can also get rid of some of the surplus energy that school usually takes care of. 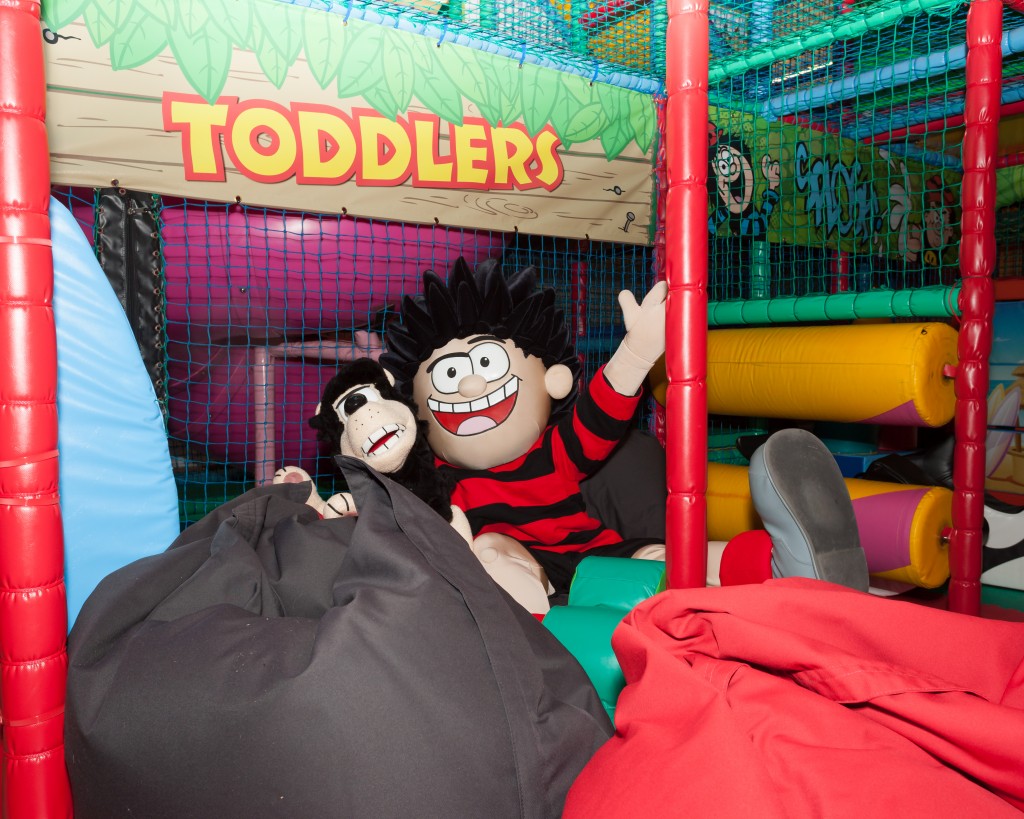 If you haven’t already done so, it is definitely worth checking out your local Brewers Fayre. Many branches have been refurbished to add a soft play area so that children can play safely whilst mom and dad enjoy a well deserved rest. There are also a range of Beano themed table top activities, including colouring in sheets, puzzles and activities, and also free balloons (and what child doesn’t love a balloon, every time we open our boot it seems yet another balloon floats out…anyone else?). 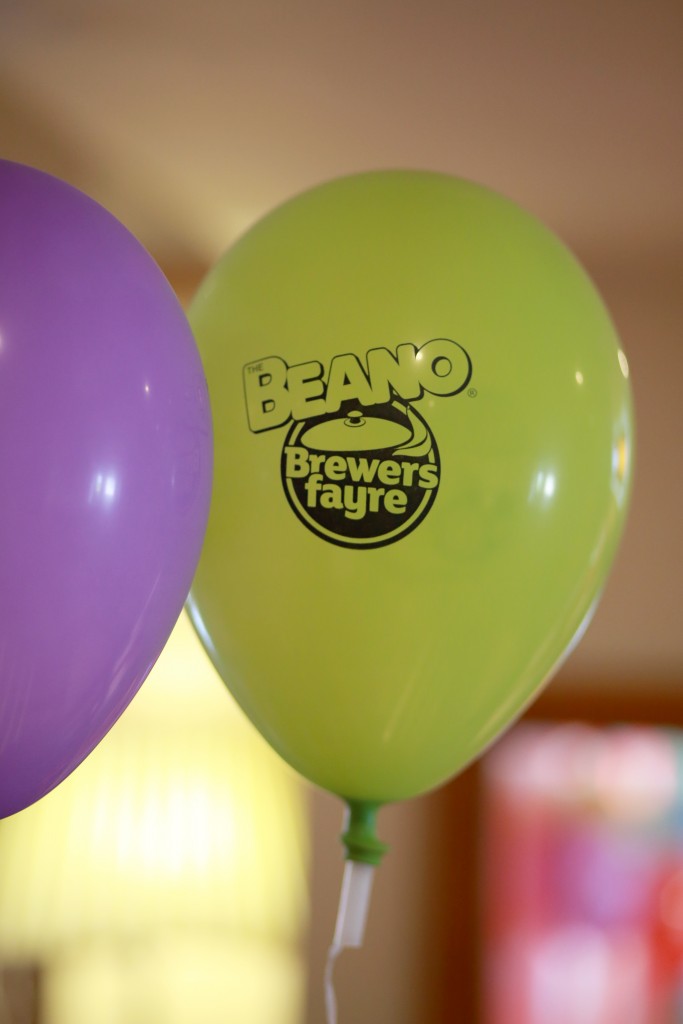 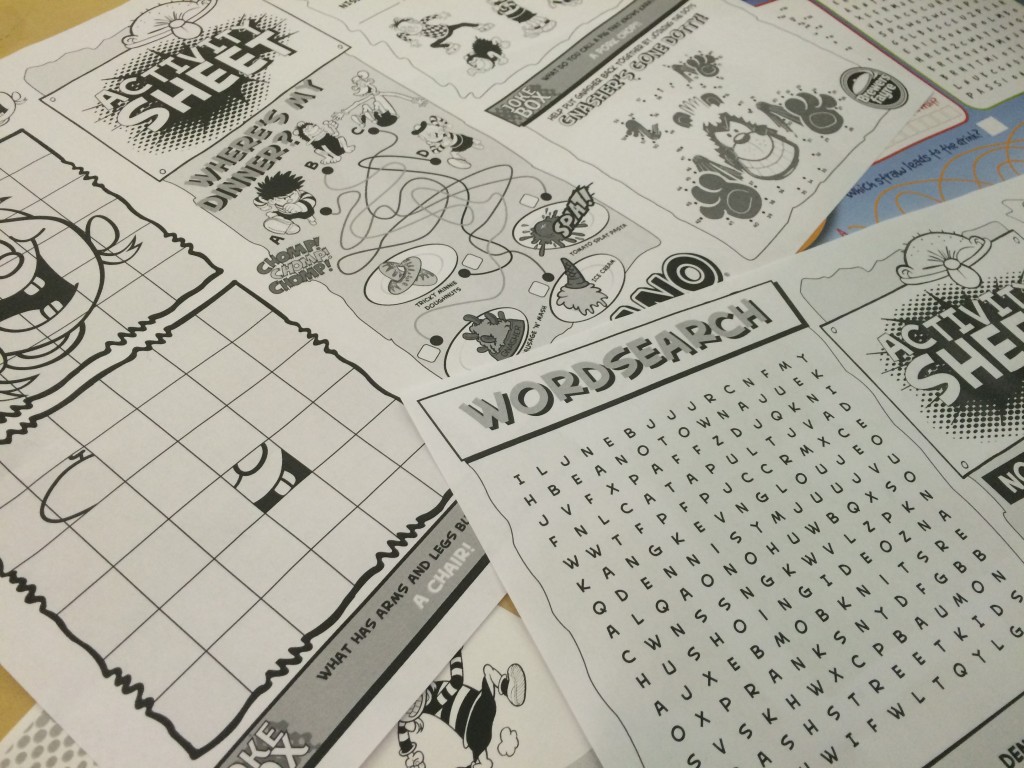 For the half term holidays there will also be fun discos on both Friday 19th and Saturday 20th February at selected Brewers Fayres. The Toddlers disco will run from 9.30am – 3pm while the Kids will run from 3.30- 7.30pm at a cost of £3 per child. There will also be the great value menu which includes the ‘Daytime Value offer’ which runs from 12 – 6pm Monday to Friday and means guests can enjoy two starters for £2.50, two mains for just £10.99 and two desserts for £2.50. There is also the range of buffet selections with different themes for each day of the week, running from 5-8pm.

Last Saturday we went along to enjoy some of the delights from the menu at the Walsall branch of Brewers Fayre, and we were very impressed with the friendliness and service, and the food that we chose. As it was lunchtime, we opted for a sharing starter of Loaded Nachos. These are delicious, great if you don’t actually want a meal but a snack with drinks.  The fully loaded crispy corn tortilla chips were covered with melted mozzarella & cheddar cheese, gooey cheese sauce, guacamole, salsa and cool sour cream. The addition of Chilli made these a real warming dish, great for a rather cold day. We were also given a side of Jalapenos especially for the hubby, who enjoys spice. I love Nachos and these were amongst the best I have had, totally packed with flavour and filling. 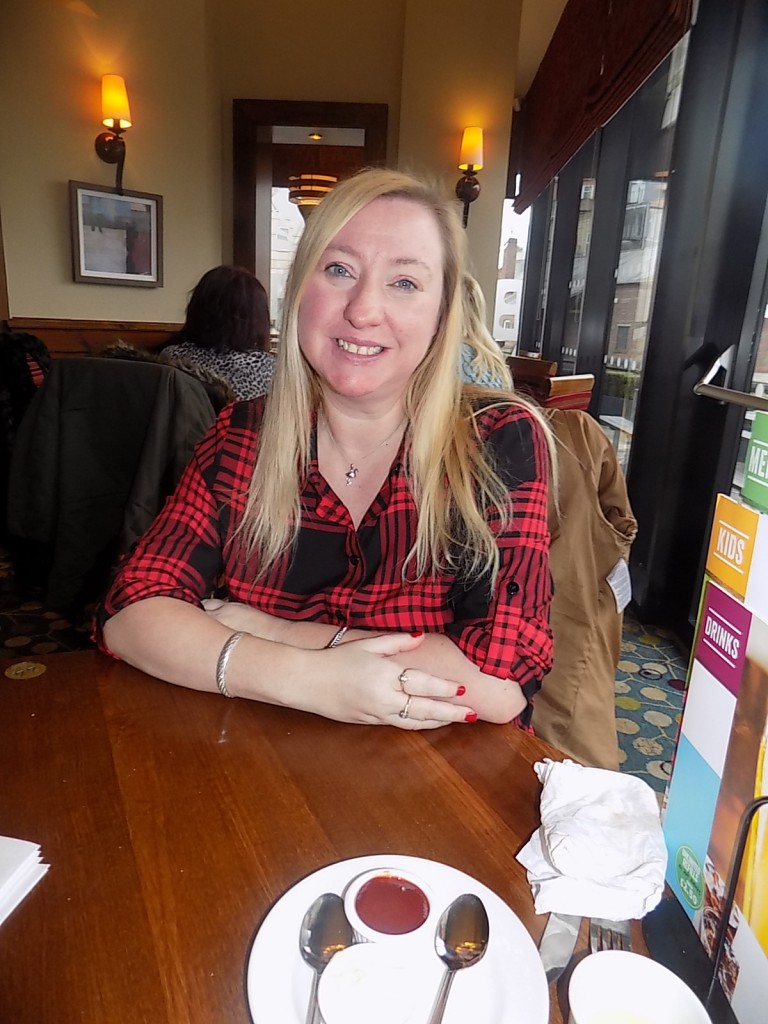 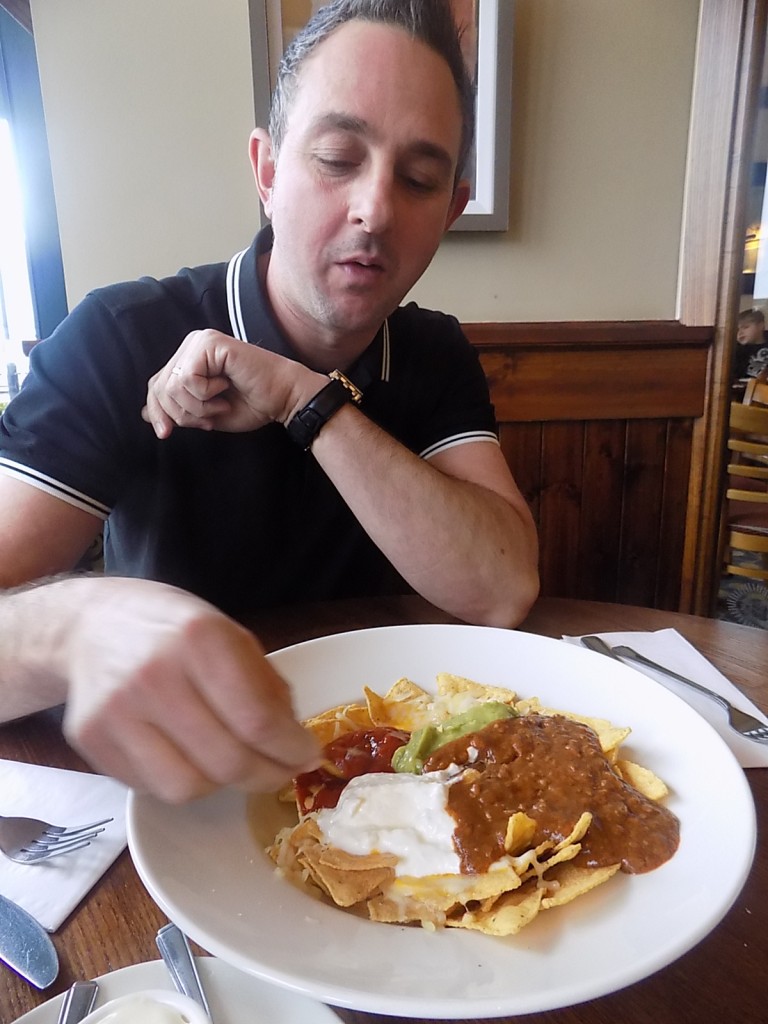 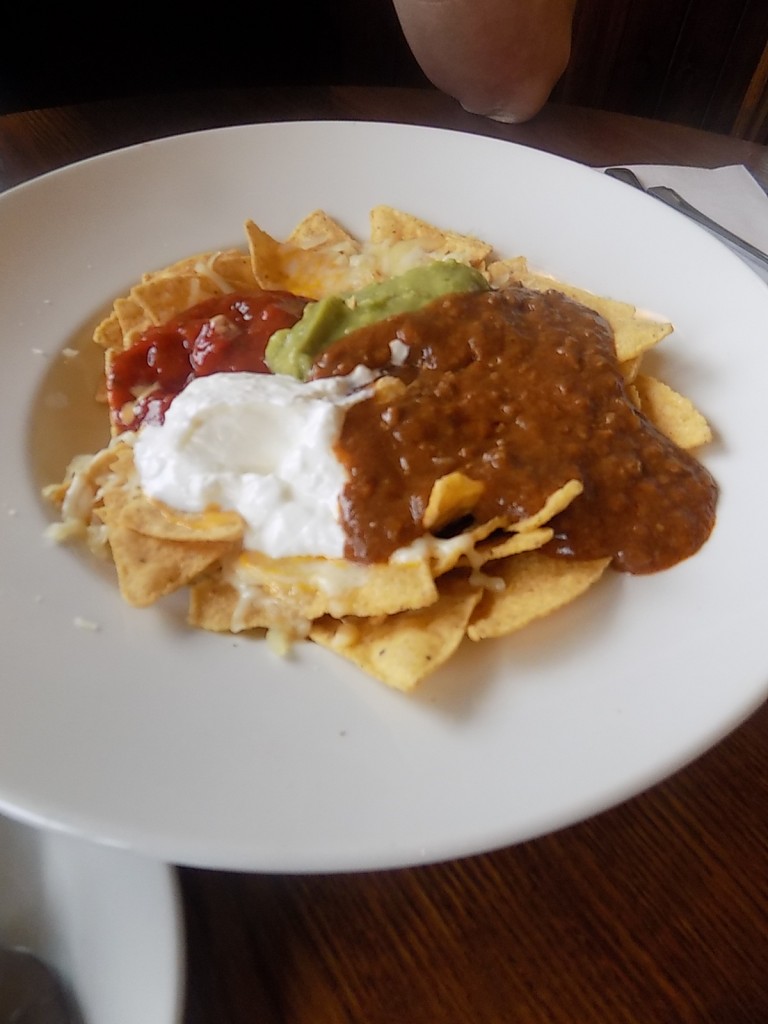 For mains Pete decided to try the Chilli Cheese Dog that he had been tempted by on our last few visits. When it came out I have to say it look impressive, loaded with spicy chilli, melted cheese, jalapeños, a drizzle of tomato sauce and served with chips and coleslaw. This was another hearty dish – a total bargain at just £8.79, with the right combination of heat and flavour. Pete added a side salad too, and said this was a dish he would definitely order again. 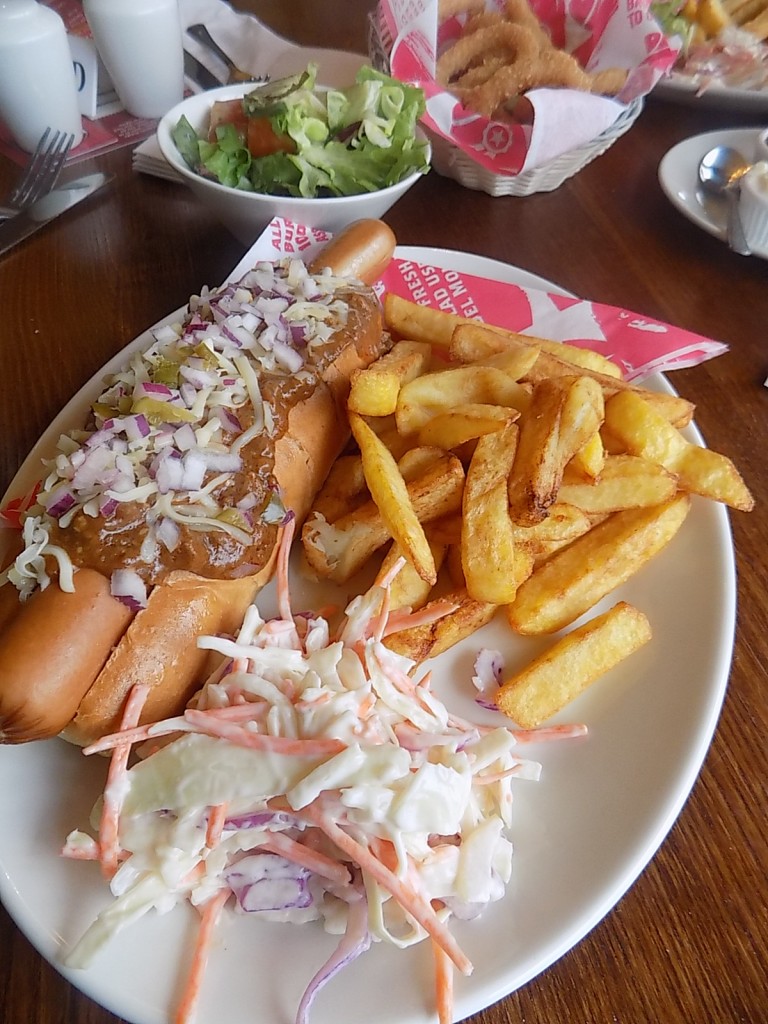 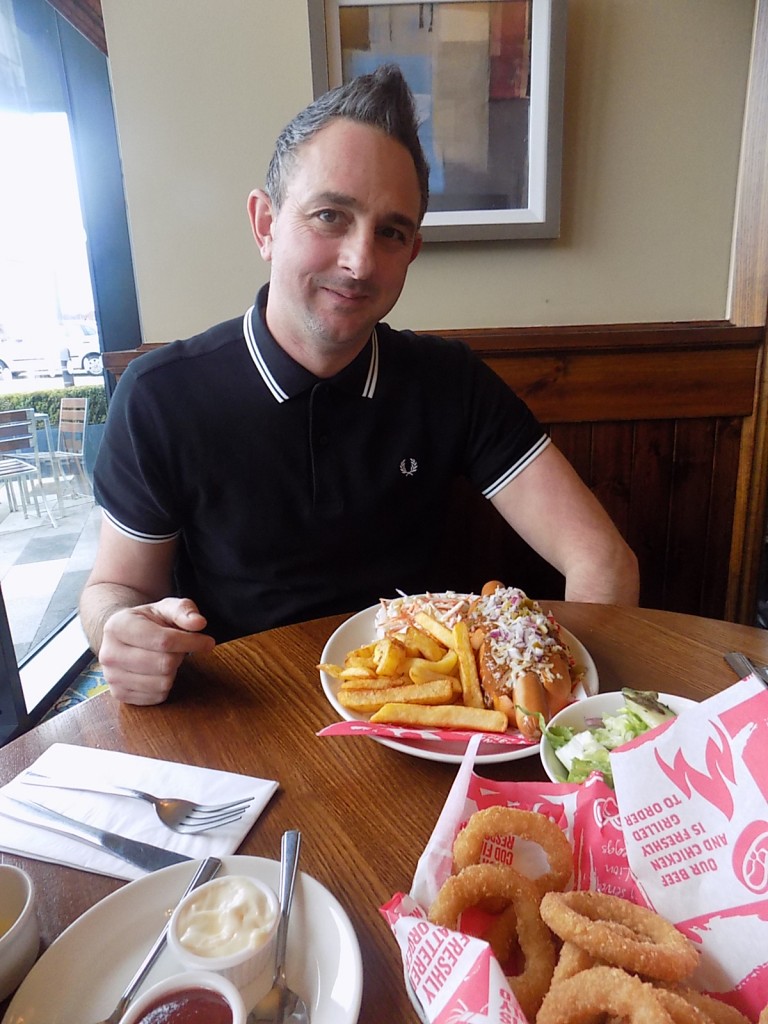 I chose the South Western burger. This was a tasty, breaded spiced chicken fillet, topped with spicy mayo and served with crunchy colelsaw and chips. I loved this, the spicy mayo had the heat of chilli, and the coleslaw was also really good, chunky and homemade with a mixture of cabbages, rather than the small crunch variety you often get, The portion of chips was also plentiful, and these were proper chips, rather than fries, always a good thing in my view. A portion of onion rings was the final addition, and this was huge (I think it was 12 onion rings for £1.99, which is, quite frankly, cheaper than the average burger and fast food bar.) 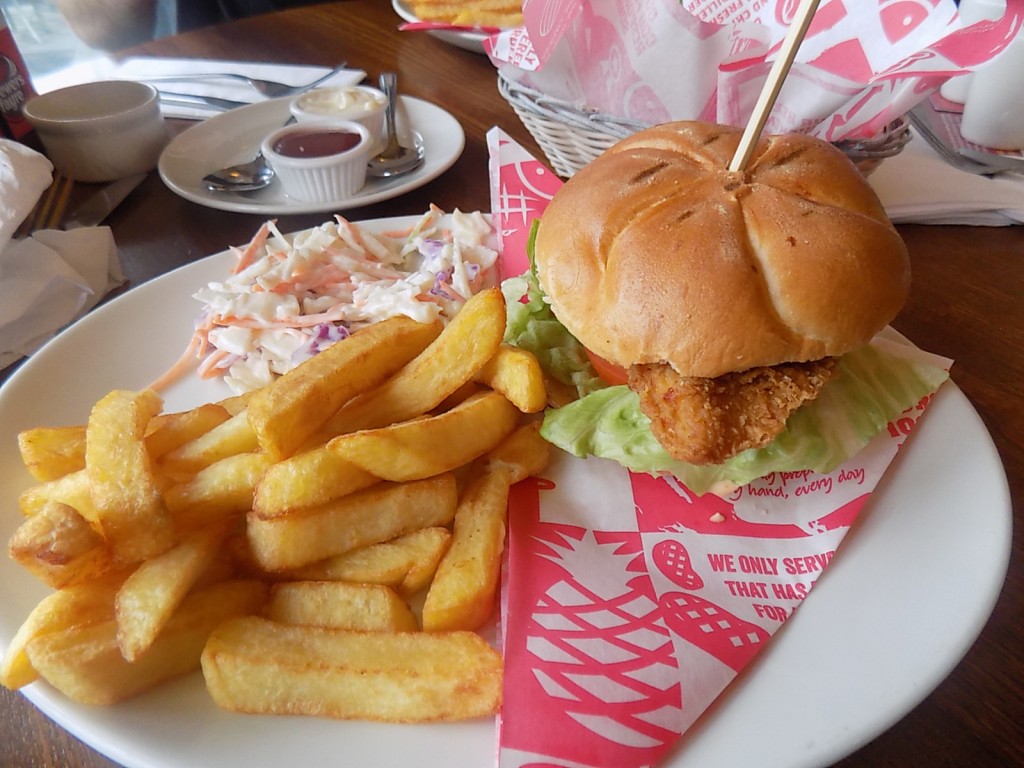 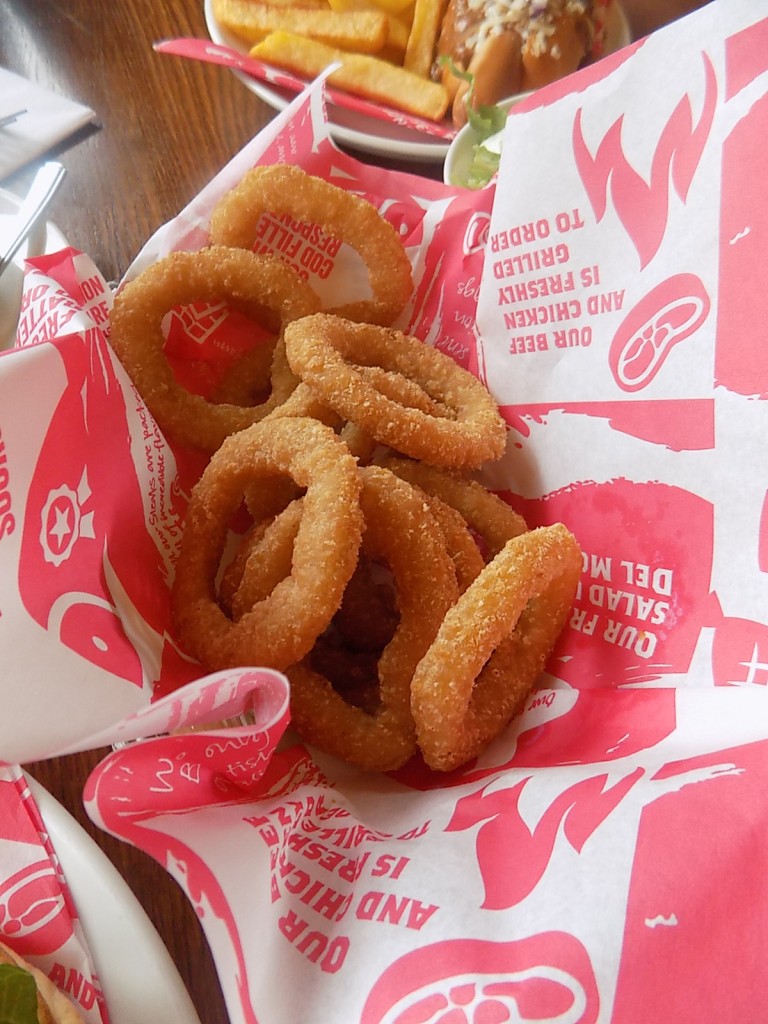 Once again we really enjoyed our meal at Brewers Fayre, and would certainly not hesitate to recommend it to readers or friends based on either food or service. So, if you are looking for affordable, family friendly fare this half term, you know where to go.