Billionaire Boy is one of the most beloved stories from the legend that is David Walliams. The story of the super rich but unhappy 12 year old Joe Spud and his quest to be a normal boy with at least one true friend is almost a modern day morality tale and a rags to riches story in reserve. Now it is a fabulous stage musical that opened at The Alexandra, Birmingham last night and delighted an audience of parents and children. 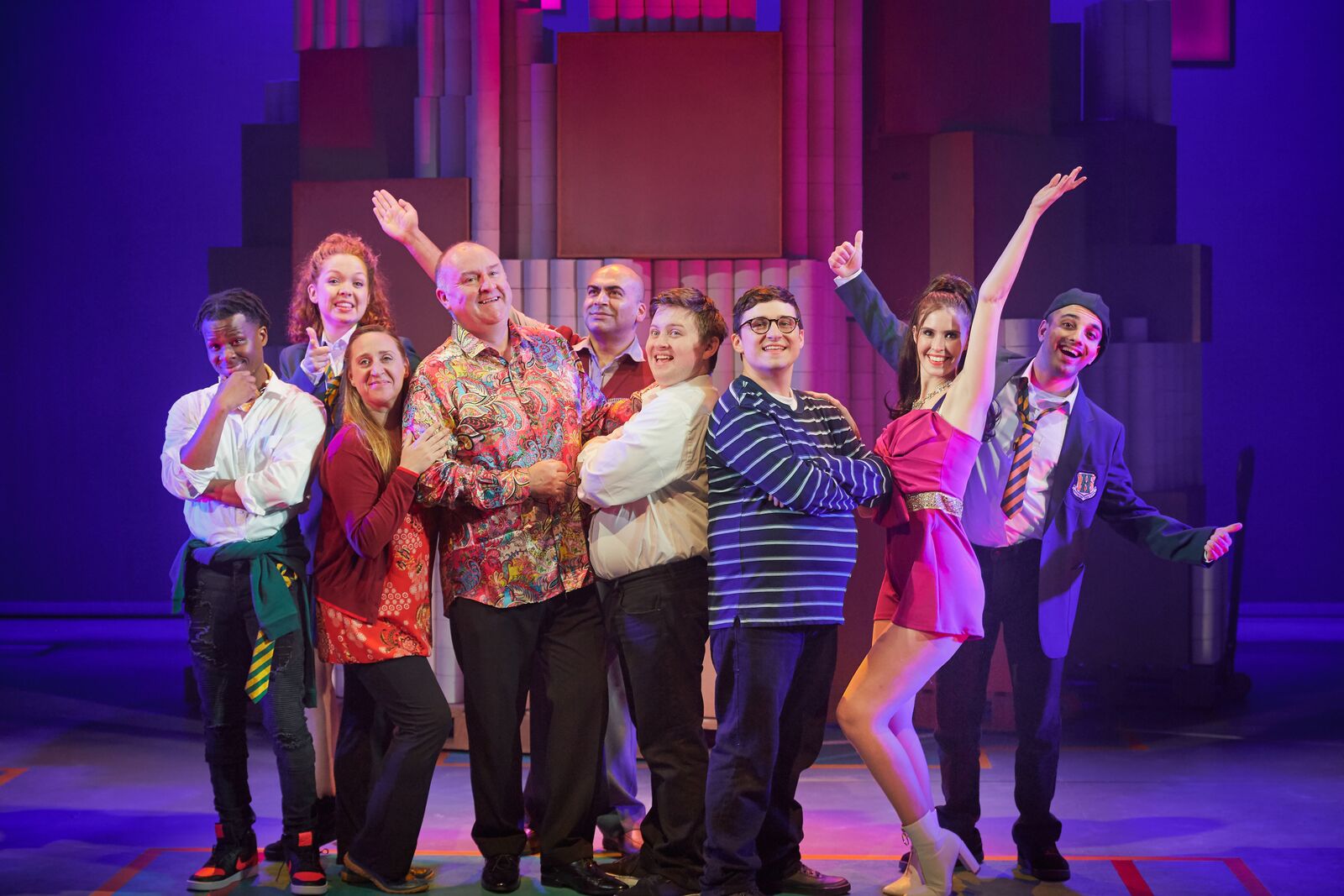 Joe Spud is rich, a billionaire boy in fact. He has everything a child could want, everything that is, except the attention of his dad and a true friend who likes him for being him, rather than for his money. When Joe’s dad allows him to go to the local comprehensive Joe meets Bob, another chubby boy who is also looking for a friend. But the billionaire boy finds it hard to not use his money to pay his way out of situations, and when Dad does the same, he finds it is hard to really know who your friend is. And then there is the problem with dad’s latest ‘bumfresh’ product, which may just be the end of his empire. 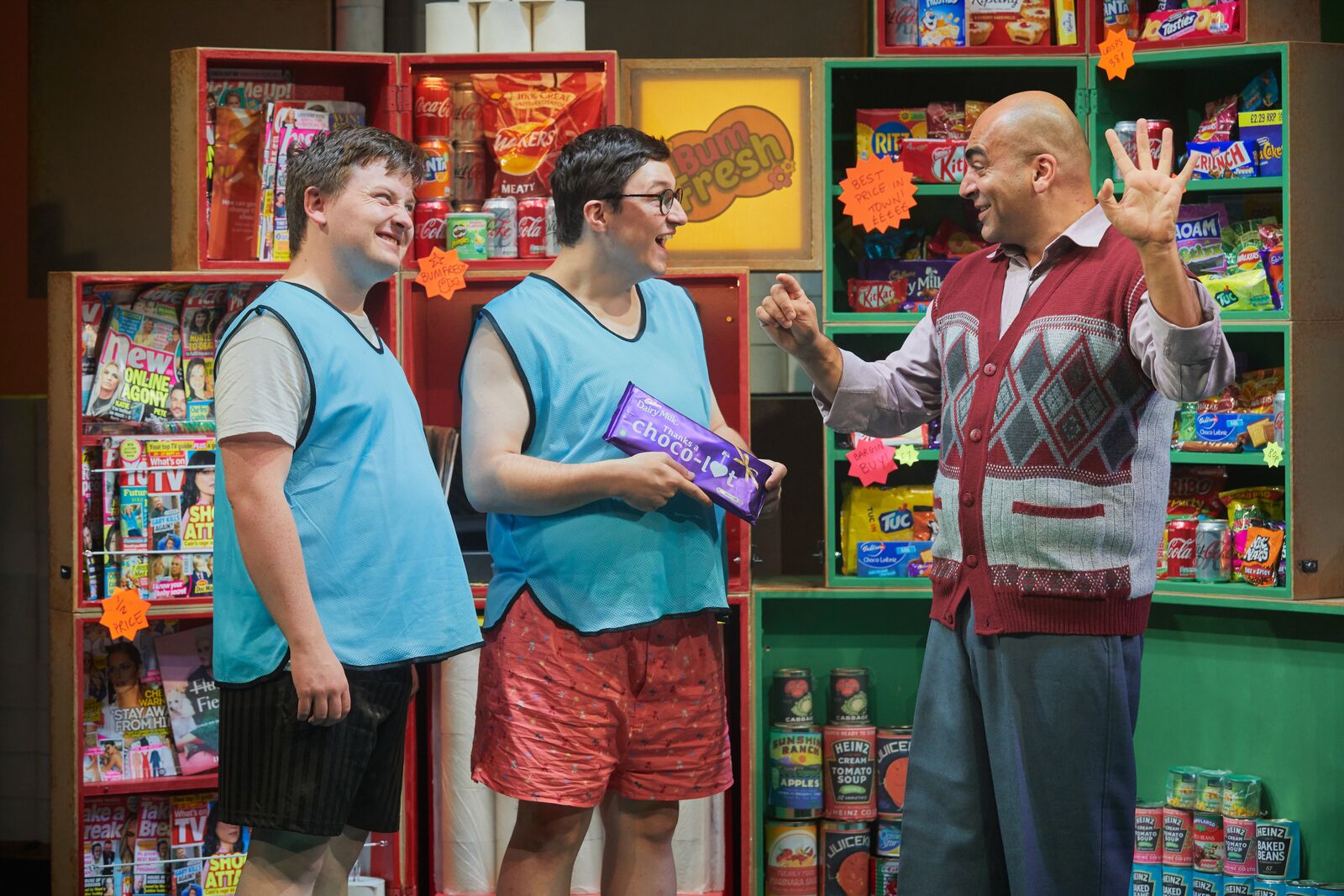 The talented cast of billionaire boy play numerous roles in the story, and keep it going along at a fast pace, often with hilarious interludes. Joe and Bob. as played by Matthew Gordon and Davy Bell are exactly how you would imagine them from the book, and their friendship is portrayed so well. Also deserving of mentions are Jason Furnival who plays Dad, as well as one of the Grub ‘twins’ and Rosie Coles as Sapphire and Grub twin 2. Both are just hilarious in their roles, really sending up the relationship between Dad and the gold digging Sapphire. 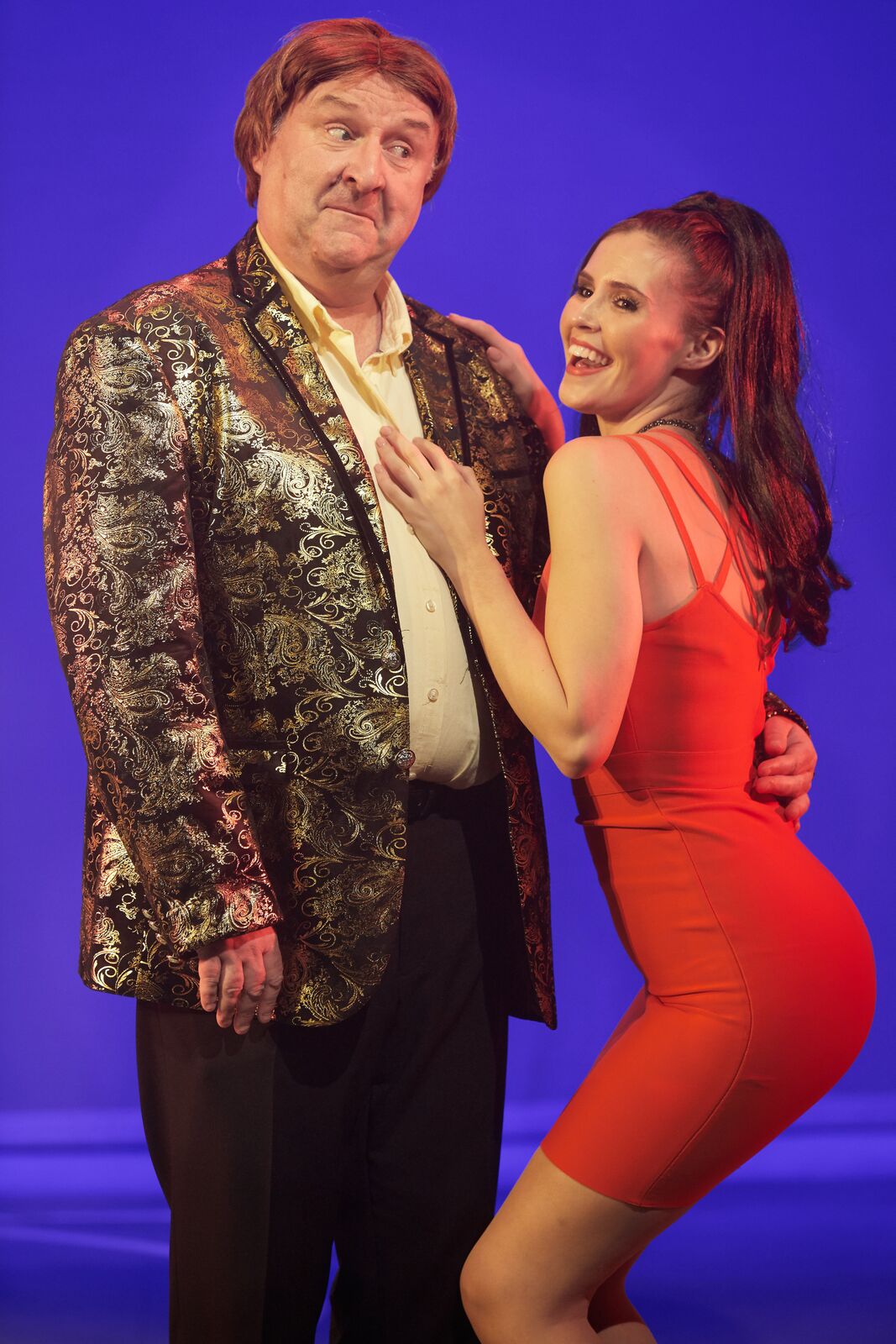 Bernard Mensah is really talented and was effortlessly cool as Jayden, a change from the Jade of the book, but a change that actually works better in my opinion, whilst Emma Matthews is also super funny as dinner lady Mrs Trafe, especially after her boob job. My favourite character of all though is Raj, as played by Aosaf Afzal. His scale of purpleness is just hilarious. 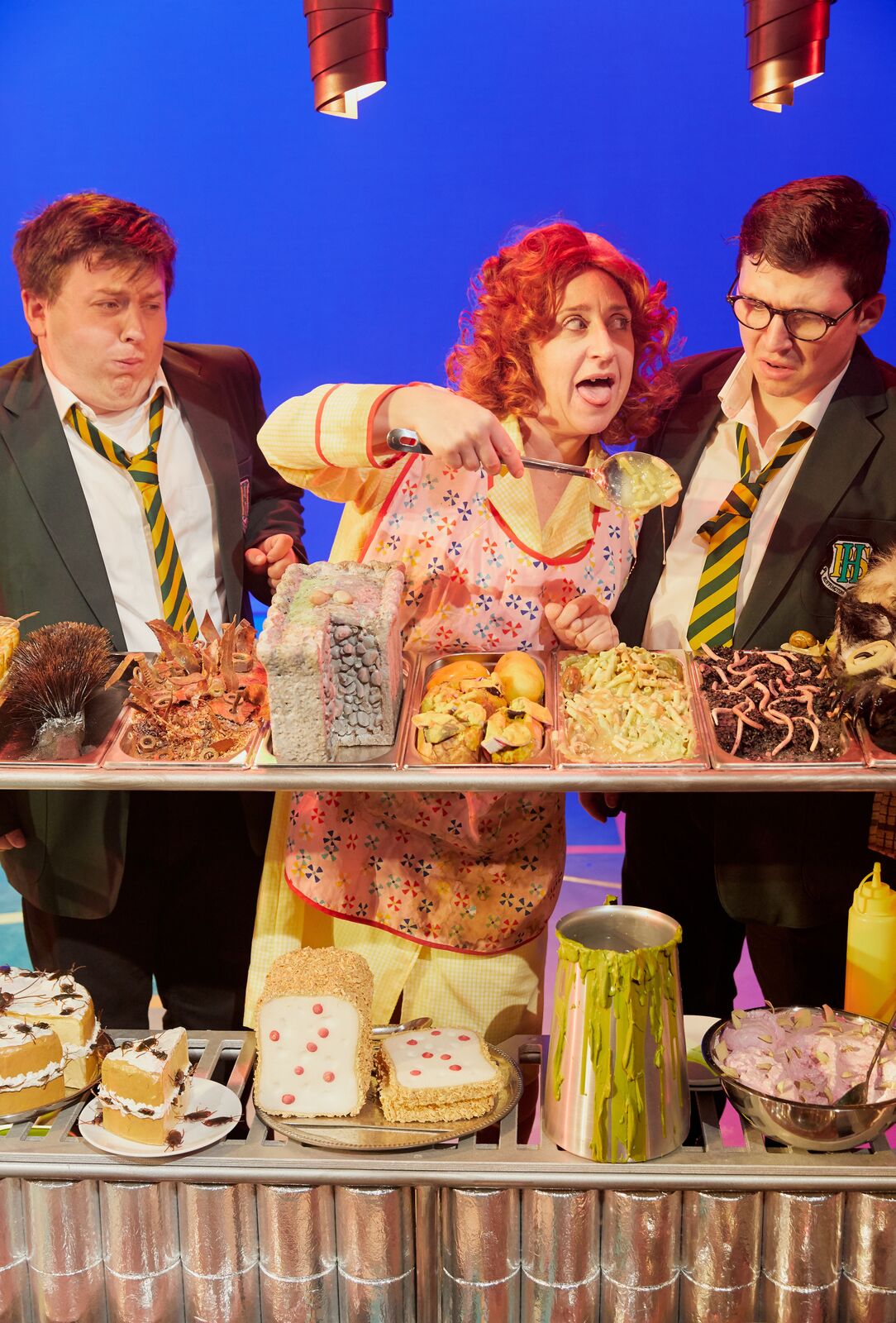 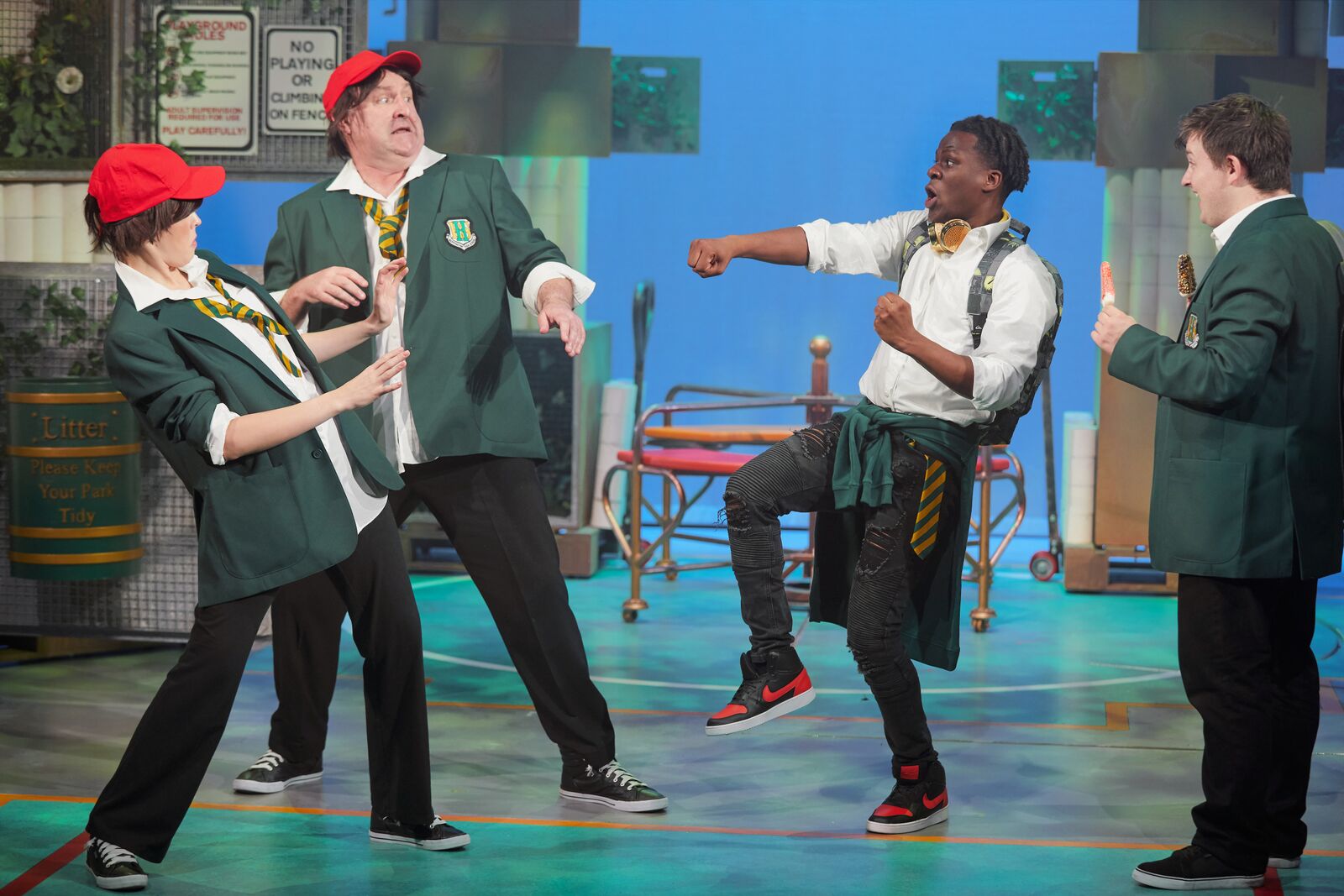 The songs that have been added to the story are perfect, and keep it moving along nicely, as it moves to the satisfying ending.

This is high quality family entertainment that lovers of David Walliams will adore.