If you don’t think your mother is the trendiest person you know, then we have bigger problems on the horizon than you might think, or you might be under a bewitching spell in which the women who gave you life isn’t cooler than millennial pink – Which she is.

But maybe you’re not looking at it right, right? You know those old photographs of your mom, the ones hidden in a box full of nostalgic trinkets and love notes that she keeps hoarded under the stairs. The picture’s featuring her audacious 18-year-old self-frozen forever in time, in her seemingly dorky outfits, in which she sports too many ruffles, a pair of sneaker and show-stopping earrings. Literally encapsulating what can only be seen as a mix of poor decisions and ravishing youth. Everything about this photo makes your mom feel bad, regrets about her hairstyle and the passing of time. However, as you look at this slightly saturated photograph of your young mother, you can’t help but think of only two things. Damn. My mom was fine and second, god, she was trendy, where are those clothes now?

These thought always come with a sense of surprise as you question the style of a woman who is obsessed with Tupperware and the presenter of strictly come dancing. But fashion just like history repeats itself. With the looks, your mother still questions today quietly returning to the catwalks all over the world. Although fashion has come a long way, a cycle of repeated nostalgia still runs through the trends of today, making a massive reference to the era’s of the past mainly the 1970’s & 1990’s. The beauty of fashion in that it’s not an exact science and it is more about creative expression and feeling than it is about accuracy, so it can often be difficult to pinpoint why these trends keep repeating themselves. We’ve seemed to have unanimously come to agree that fashion has a 20-year trend cycle, and with culture evolving faster each year what was cool in the 70’s became hot in the 90’s and is now being reimagined 20 decades later yet again.

What does this exactly tell us about the fashion of the near future? Is it our inner millennial nostalgia holding on to the simplicity of the past? How many throwback Thursdays and flashback Fridays do we need to punctuate the language of our generation and curate a retrospective of our greatest hits? Do we forever keep raiding the cupboard of our mother’s past to stay on trend? What in the good name of innovation is going on? Is it time to take off our retro rose-tinted glasses and become true innovators of style or are we entangled in a complex behavior wherein we are continually cribbing from someone else and where no original idea is possible. No need for department stores when you have thrift stores right?

With so many unanswered questions posed and not nearly enough answers, where do we turn or is having no answers the point, with no definite idea to box us in one direction, one look? Should we continue to be magpies, picking things, we like from different generations only to construct them together into one mixed polygamous marriage of the noughties, bohemian rock & roll, and modern minimalism. The answer is as simple as this; fashion lets you be the most-in-your-dreams version of yourself, leading you down different rabbit holes. Each one offering a wonderland in which we get to assign our self-roles and become the characters we choose – even if it is temporary. With an elaborate fashionista riding inside our brain that demands the most over-the-moon make-believe extra wardrobe. The choice of what makes up that closet is entirely yours, with no right or wrong choices only fabulous ones. Whether you choose to channel the audition 18-year-old who gave your life, celebrities that grace the covers of fashion magazines, Kim Kardashian or all three, the seam of the fashion industry is forever evolving, with different eras and culture woven together, remixed and reimagined. It’s not what you have that important but how you choose to wear it.

Now if you’re looking for inspiration or just curious to see what my mother once thought was cool, here are five trends from 2017 that we have seen before, trends reimagined and making waves across the globe once again. 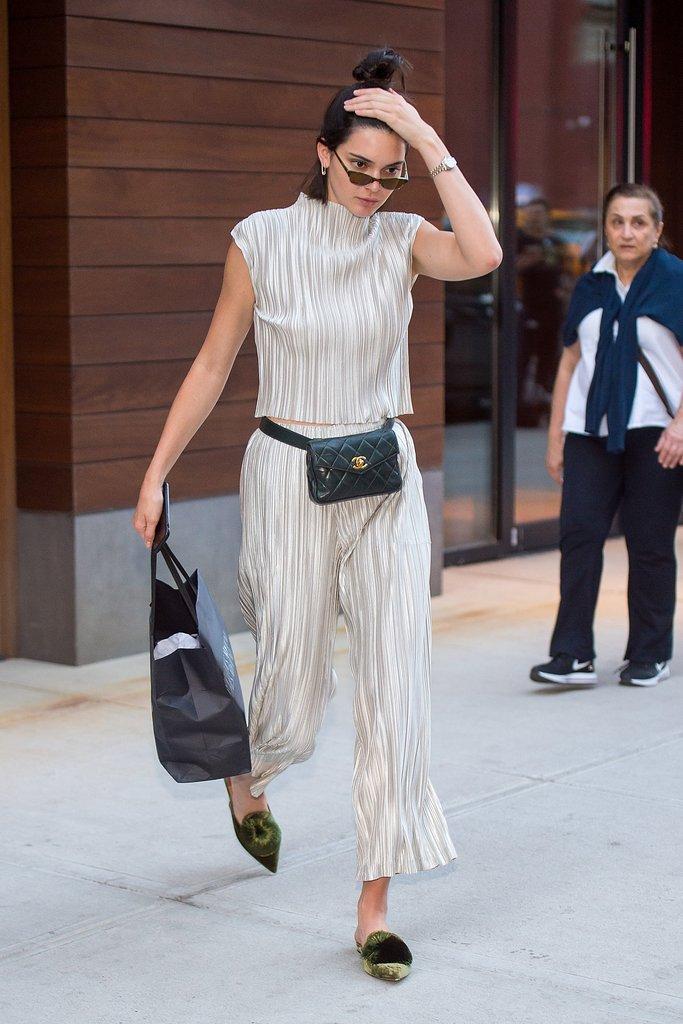 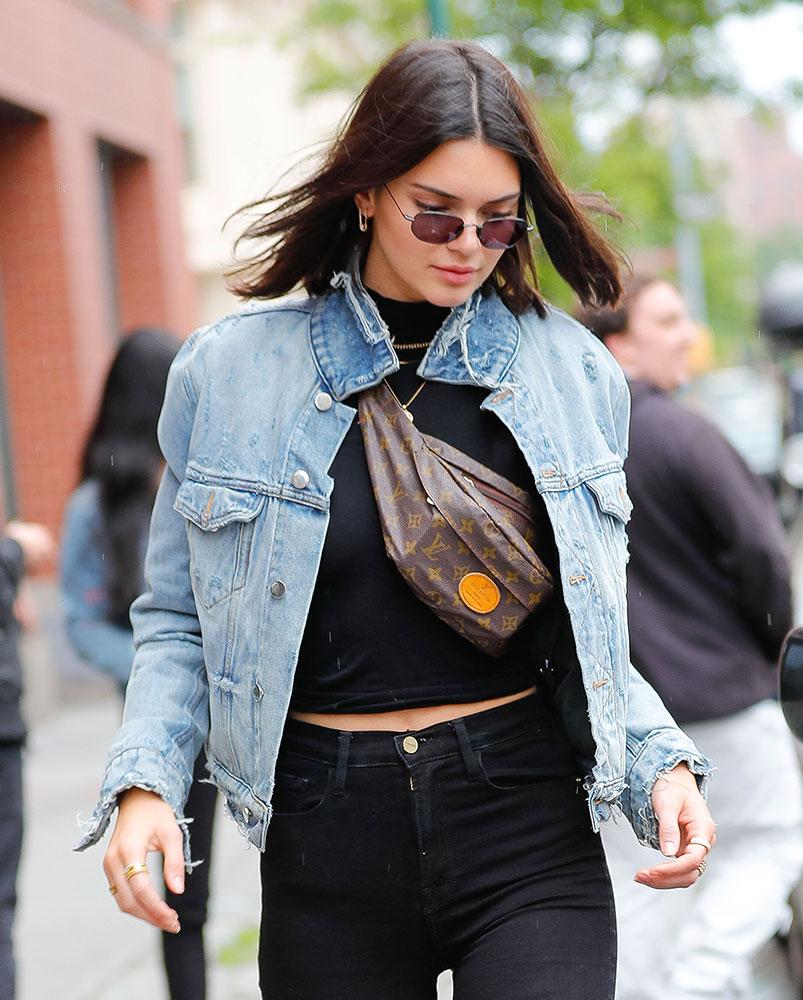 It’s been more than twenty years, and the name still hasn’t settled comfortably, yet the trend is back and way chicer than that of its original 1990’s counterpart. With the fashion industry revival of the ‘fashion pack.’ Once again opting for a hand’s free bag this time taking a more luxurious approach, the new luxury bag seems to have shed its dorky reputation and adopted a somewhat cooler one that oozes style and convenience. This year it has ignited billboards and runways across the world featuring on campaigns of Gucci, Louis Vuitton, and Armani. No longer the practical tourist-like accessory the Fashion Packs are now worn with a fresh over the shoulder styling trend that has been worn by some of Hollywood’s most prominent young style icons. If you’re not planning your outfit around your recently unarchived fanny pack, then you’re doing it all wrong. And although being a Hollywood style icon may be a far cry from the wardrobe I currently possess but I know my mom would definitely approve of a safe, convenient way to keep my things and they say a mother is always right. Fanny pack/bum bag (still weird) for the win. 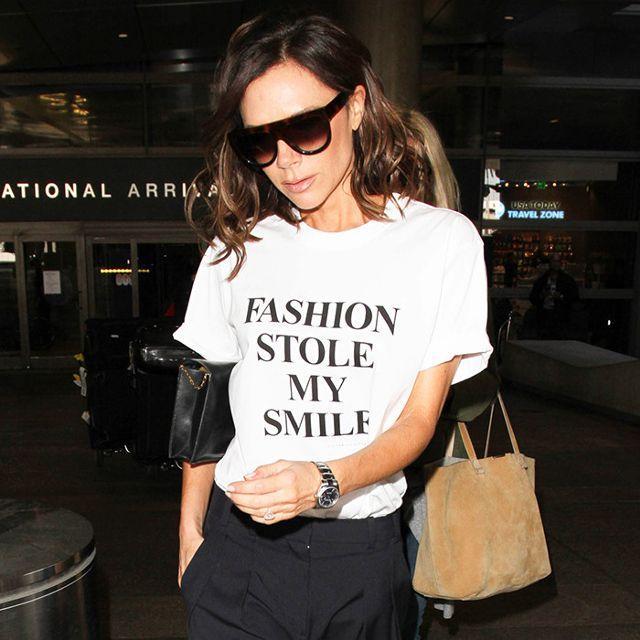 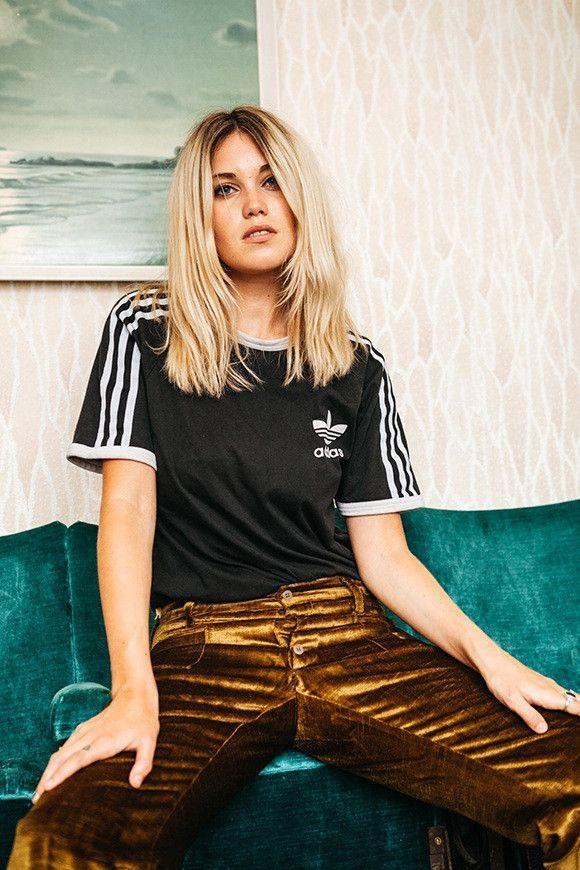 Imaged Sourced: Who What Wear

The Merch Tee is the new bell of the ball, the longtime wardrobe staple of the openly cheeky while the shirts themselves may not be anything new, it a trend that is adaptable, versatile and current. Trends like this aren’t easy to come by and thus we hope this is a trend that never leaves us. While Merch Tees have spent most of their existence relegated to the bottom drawer used for lazy girl sleepwear, and gym and laundry day’s only it’s nice to see our off-duty favourite get a makeover – really it’s about time too. Their birth of this revitalised trend started during the political sloganeering of the American election cycle and suddenly the runway featured an array of political wordy tee’s and slogans. Fashion took wearing your heart on your sleeve to new heights letting their opinions and concerns be heard through their clothing adopting a social and political conscious that is just as catchy as it is cool. Although the The Merch Tee have come along way from days of being souvenirs, and keepsake from your favourite band but with brands, designers and stores all jumping on the Merch Tee bandwagon we’ve seen our favourite staple remixed into our favourite fashion statement. 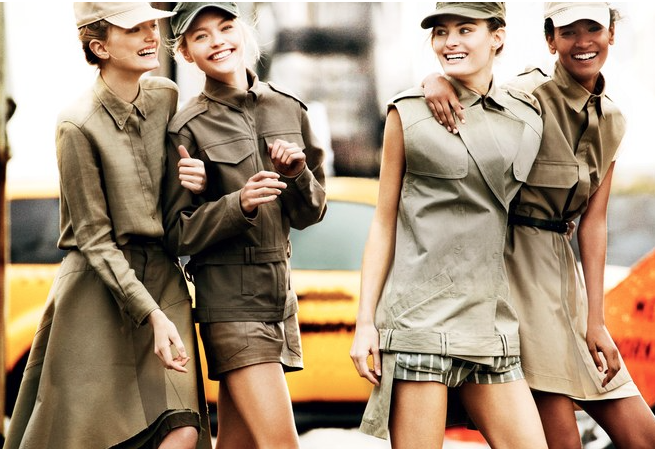 Military is one of those trends that has been relieved time and time again, experiencing a dizzy evolution in this past half century, from the likes of Jane Fonda and John and Yoko in their matching military surplus military wear has always been a part of the fashion vernacular. As we welcomed the digital age, we thought t the military era would soon be a thing of the past. With the takeover of tech and nuclear weapons filling the interest of the army the military no longer battles it out on the field. Today instead they sit in a room waiting to push a button that will see to the end of their enemies. This change has had an impact on what military uniforms requirements are as well as how we and the fashion industry see military wear.

However, thanks to combat simulations games like paintball and Esports we can relive our nostalgia of Military and the new impact that these simulation games have on the uniform of combat wear. The tech influence has seen the modernization of military wear through the evolution of these combat games, with the ability to play online, place bets on your Esports game or meet new allies from around the world. Military is no longer a nostalgic uniform of the past, but rather a fashion statement of the future, more of a philosophy than a passing trend, military intertwines and reinterprets a rebellious and sophisticated style, one of control and determination. The trend sparked revival during the American electoral process in which designers embodies the ideologies of ‘soldiering through’ times that are tough by creating an exterior feeling of strength and security. 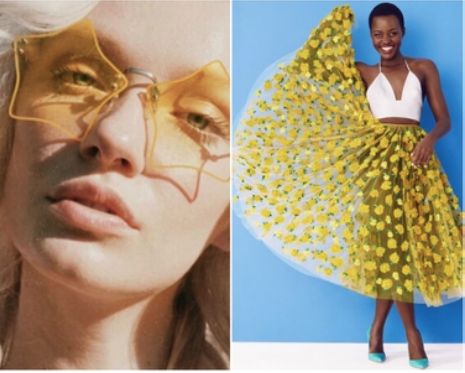 Colour & light have been the watchwords for the 2017 fashion season. For most of 2017 scrolling through social media platforms was like a constant blur of pink, featuring, pink walls, falls, shoes, interior exterior, accessories, filters, you name it, we saw it in pink. The color is known as ‘millennial pink’ has muted and expanded to include a variety of different shades and hues through the year. The paradox which made pink so great is the ‘girly, girl baggage that it’s associated with was reimagined as a symbol of feminism and resistance. Just like millennial pink before it Gen Z yellow has slowly infiltrated our subconscious, reinforcing its subtle charm as the trend suddenly sneaks up on us and suddenly we’re obsessed, and our social media platforms blur into the sun, becoming one melting hot pot of different shades of yellow. Gen Z yellow is the natural evolution of millennial pink; it maintains the same eye-pleasing softness and sweet tones of millennial pink had but without the childlike sentimentality. It speaks to the 1950 lemon meringue aesthetic; the color is both ironic and consent. Gen Z yellow is both modern and nostalgic, bring about a zesty energy and optimism. Yellow is known to be one of the least flattering colors out there to wear; this adds to its desirability as 2017 has been the year of both trying and caring but entirely for your agenda. 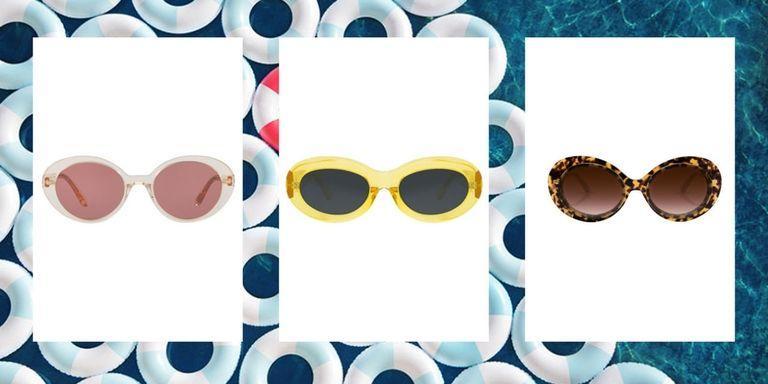 It’s been a long time since the sunglasses well was reinvented or even remixed. You know what your mom always says “If it’s not broken don’t fix it” and for so long the world listened until now. Sunglass have the potential to completely transform an outfit, often losing credit for making an outfit feel super chic and cool. 2017 saw a collaboration that evolved the sunglasses wheel, with a collection by Adam Selman and Le Specs. The collection featured a marriage of the retro cat eye silhouette with a cyborg inspired futuristic chic, so contrast they work. Projecting a kitschy-colourful but glamours and graphic look all at the same time, a trend that is both edgy and understated. There newness was quick to be gobbled up by bloggers and celebrity’s a like. This trend once again place homage to the past, staring at envious at my mother’s wardrobe at sixteen and swearing that I’ll keep all my clothes and accessories for my someday child. This trend is one that lets your drugstore glasses look like they’ve come straight from the runway and anything from a vintage shop suddenly become better than anything you can buy in a store.