The dark and chilling Dr Jekyll and Mr Hyde was brought to sinister life by the majestic Phil Daniels at the Wolverhampton Grand last night. Robert Louis Stephenson’s classic psychological drama of metamorphosis and evil madness is a brooding tale with moments of pure terror and kept audiences uneasily spellbound as it spun its web of murder and menace. 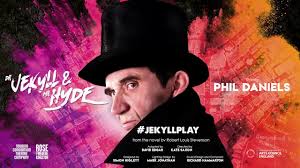 Dr Jekyll is a highly respected doctor, living the life of a bachelor and scholar. A trip to see his widowed sister sees him taking the books belonging to his father which talk of metamorphosis and whether we will ever untangle the mysteries of the mind. Soon Dr Jekyll is conducting a range of strange experiments in his lab, and a strange, malevolent new friend, Mr Hyde is spied leaving the Dr’s quarters, and is suspected of being behind a series of foul and vicious crimes, including that of a distinguished MP. Only domestic help Annie suspects that there may be more to the story of Dr Jekyll and Mr Hyde, and that they may be one and the same. But will she be able to alert help and save herself, and Dr Jekyll too?

In the title role, Phil Daniels is a joy. He is clearly having a great time with the role, particularly when he morphs into the devilish Mr Hyde. It is a testament to his power as an actor that you can tell exactly which character he is being, even when he changes personality mid way through a scene. His physical presence also add to the performance, and, in the standout scene, the murder of the MP, he is the epitome of pure malevolence. 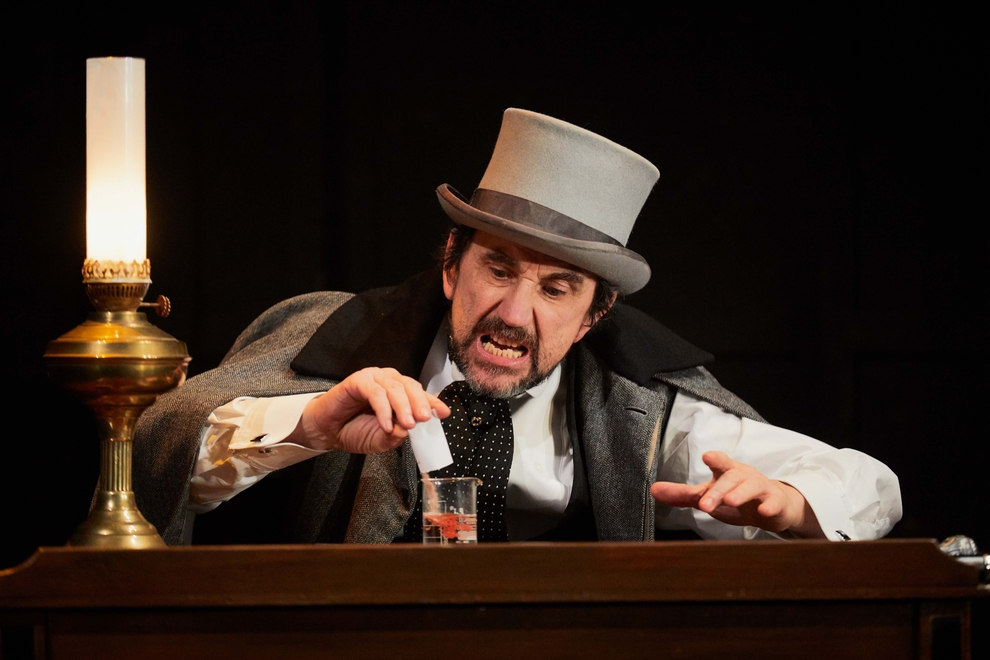 He is able supported by Sam Cox as the priggish Poole and Grace Hogg-Robinson as maidservant Annie. There is fantastic chemistry between both of these characters and Jekyll, and they help to show that the character of the Dr is actually not that far away from the character of the Madman Hyde.

Dr Jekyll and Mr Hyde is not perfect. The first half plods along quite slowly, and is very wordy, with some of the dialogue spoken at quite a fast pace. For a thriller, it seems to take a long time for something to happen, but the shock at the end of the first act, followed by the murder that starts the second act are genuinely shocking and graphic, and the use of the darkness of the set, combined with the mysterious red door of the lab, glowing on a dark stage, add to the feeling of unease and approaching terror.

With the excellence of the central performances, this is certainly a play worth checking out.