She’s just about to become a great grandmother all over again, and she has just celebrated her 89th birthday, but it would not be an exaggeration to say that our Queen, Elizabeth II, is having a moment. She is currently being played on Broadway by the beautiful Kristen Scott Thomas, and this month will see the release of a film ‘A Royal Night Out’ which tells of VE night 1945, when the young Princesses Elizabeth and Margaret were allowed to mingle with the crowds outside Buckingham Palace, and then enjoyed a night of freedom. 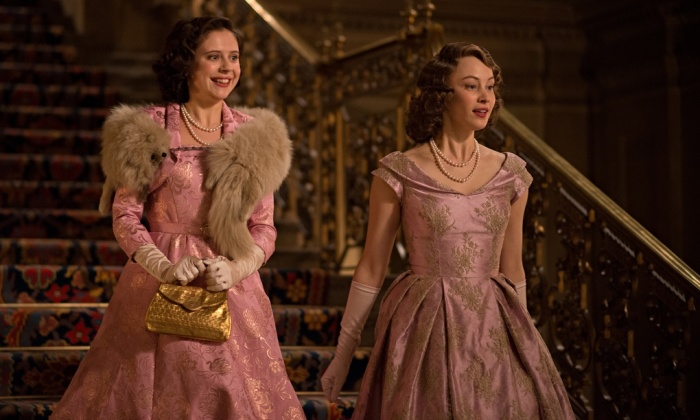 Bel Powley, left, and Sarah Gadon as Princesses Margaret and Elizabeth in ‘A Royal Night Out’

I don’t mind admitting I am a huge fan of The Queen, for some quite random reasons. My birthday is June 15th – whenever this falls on a Saturday I end up sharing it with the Queen and her official birthday – Trooping the Colour. When she celebrated her silver jubilee in 1977 my dad actually took me to see her when she visited West Bromwich – I was three years old and have no memory of it, but she’s still my greatest celebrity spot. I love that she saved her ration coupons for her wedding dress, and that she trained as a mechanic during World War 2. (You can find out many more fun and interesting facts about the Queen from this Great British Bingo infographic.) 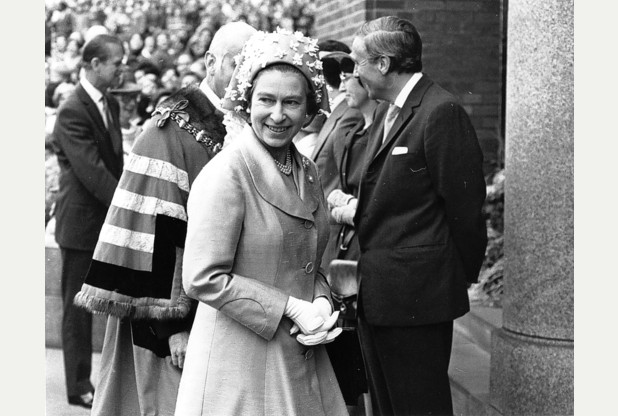 What I really love about our Queen is just how iconic and stylish she truly is. This is a lady who has rarely got it wrong in 63 years of public dressing, with her 1950s young queen wardrobe as beautiful as anything Grace Kelly, Elizabeth Taylor and Audrey Hepburn wear wearing at that time. Her sister, Princess Margaret has been rightly recognised as a style icon, but her more reserved, demure sister has often been overlooked for her less showy, adventurous choices. But now, finally, both designers and best dressed lists are agreeing that the Queen has a style that is both timeless, elegant and totally classic.

Here are a few of my favourite looks from the royal archives. 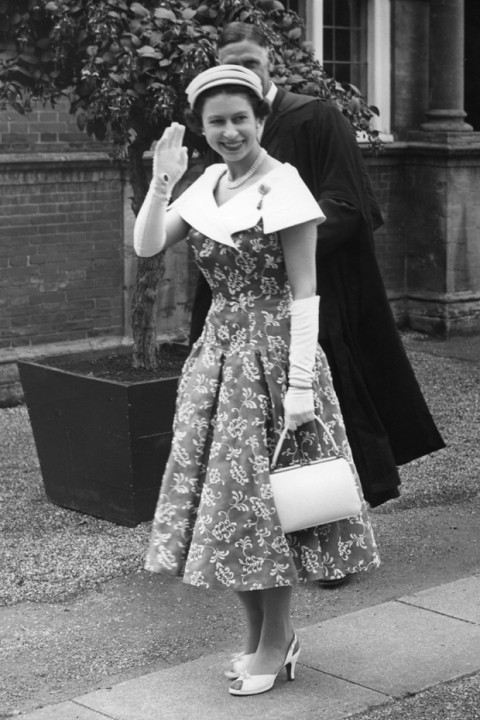 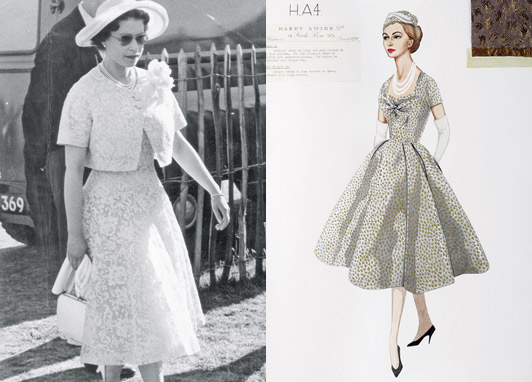 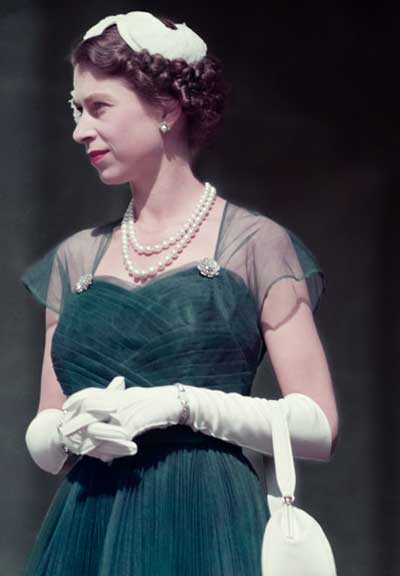 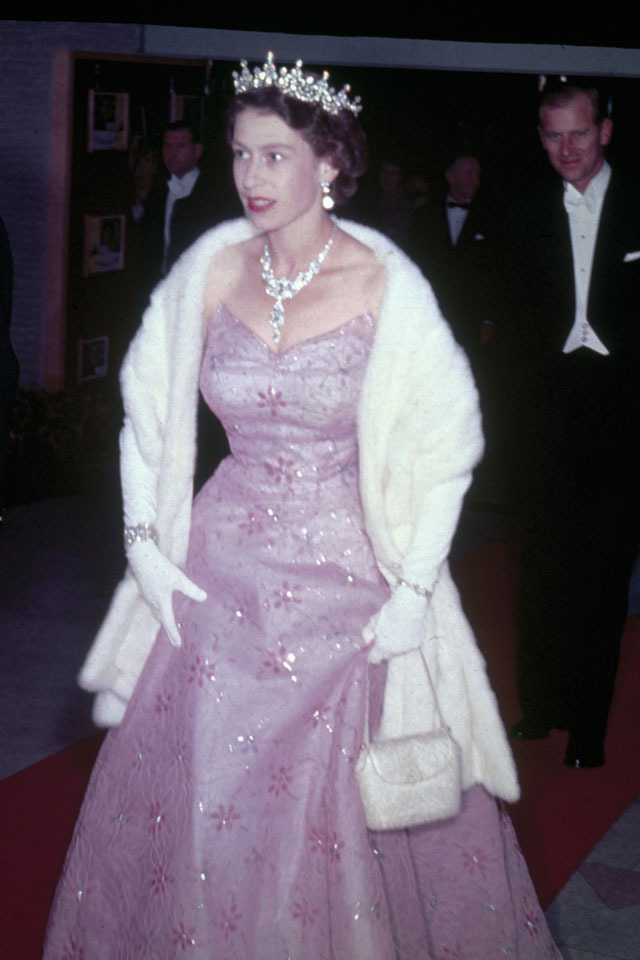 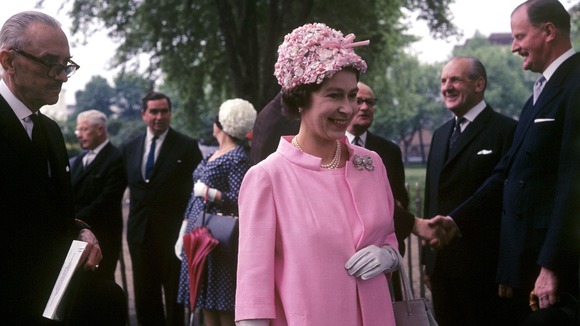 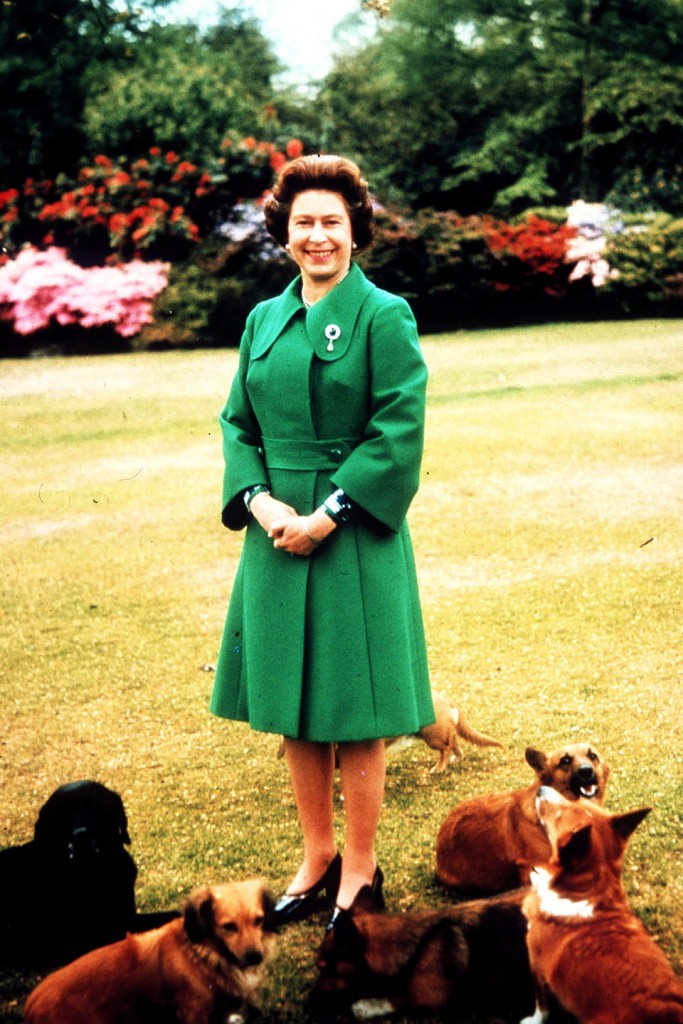 I could see Duchess Kate wearing this coat – wonder if it is archived somewhere? 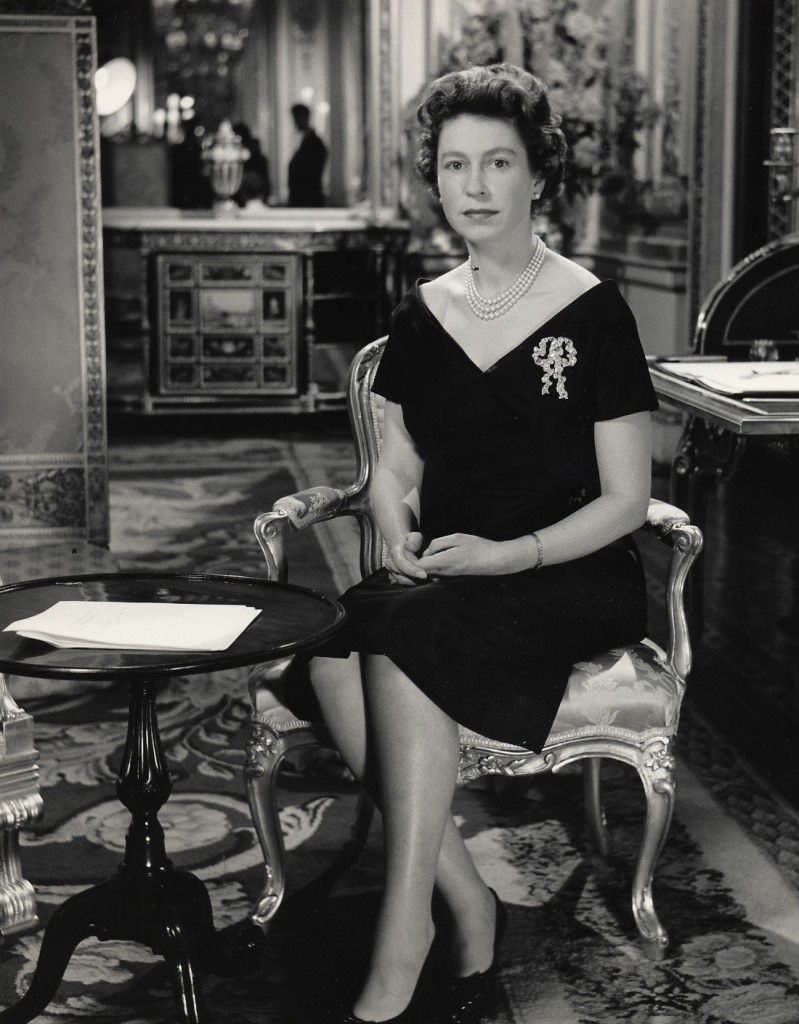 With John and Jackie Kennedy 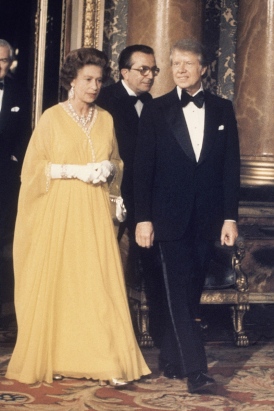 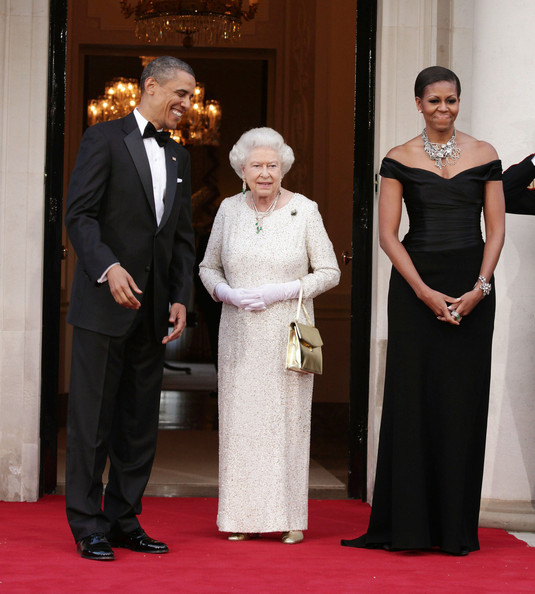 With Barack and Michelle Obama

You can find some more of the looks I love here.

11 thoughts on “Elizabeth – A true Queen of style”