If ‘Over the Rainbow’ was Judy Garland’s signiture tune, then ‘End of the Rainbow’ is definitely her swansong. The play, that started a three night run at the Wolverhampton Grand last night, is the story of the screen legend in the months before she died, during a 6 week run at London’s ‘Talk of the Town’. This is Judy destroyed by the alcohol, the pills, the late nights, bad men and heartache, with no will to go on with the show anymore. 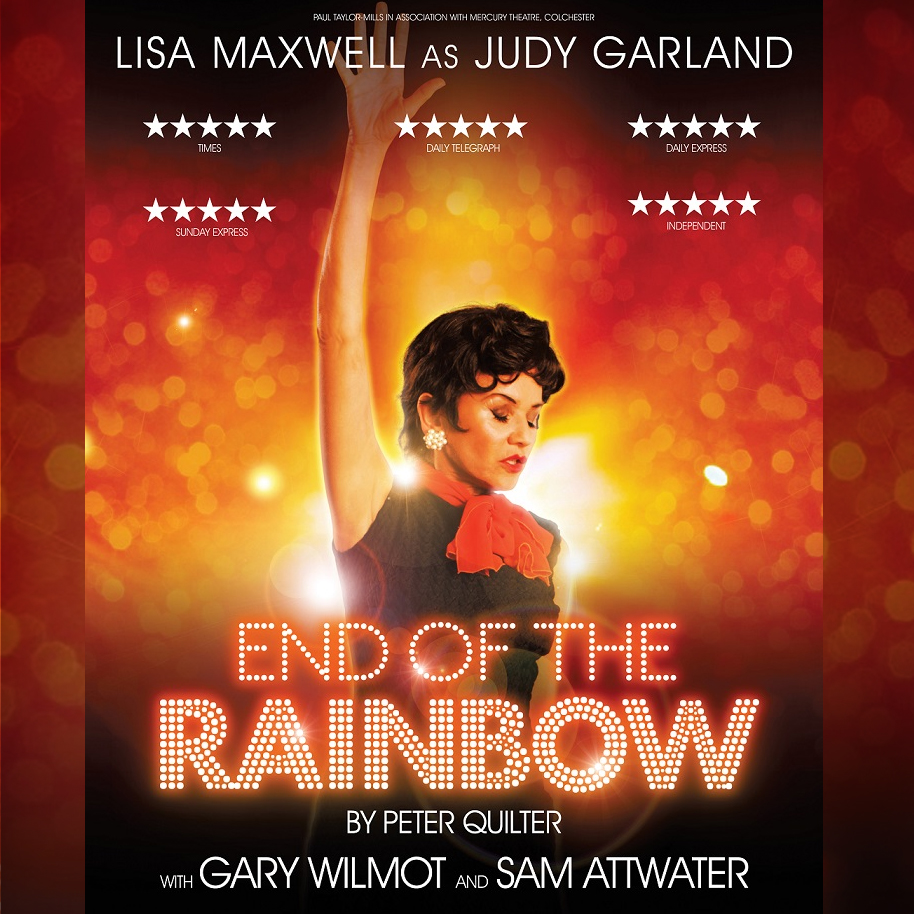 Set in London in the early months of 1969, the play is a three hander concerning Judy, her fiance Mickey Deans and her erstwhile piano player Anthony Chapman. Judy has signed to a 6 week run at ‘The Talk of the Town’. and Deans, her latest fiance (and soon to be 5th husband) is trying to keep the actress clean of drink and drugs. But Judy is an addict, and can no longer perform without these ‘props’ to get her through. She disintegrates further into a drugs haze as the pressures of the engagement at ‘The Talk of the Town’ mount. Her only friend and ally is her old friend and pianist Anthony, gay, but with such love for Judy that he wants to rescue and protect her. But time is running out for Judy. 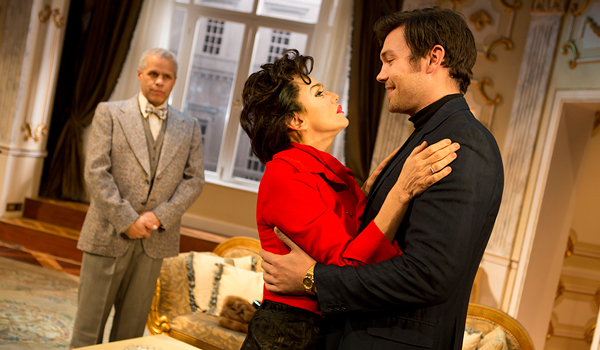 Playing Judy is television star Lisa Maxwell in what can only be described as a tour de force performance. Lisa is Judy, warts and all, with the accent, mannerisms and powerful, inimitable singing voice all in place. Her performance is simply heartbreaking, particularly when she struggles with her microphone wire and gets the songs all confused, and yet there are moments of real humour and wit that have you laughing out loud. You really want her Judy to be well, she brings so much passion and sparkle to the role, and shows brilliant comic timing too, especially during the ‘Cocker Spaniel’ scene. 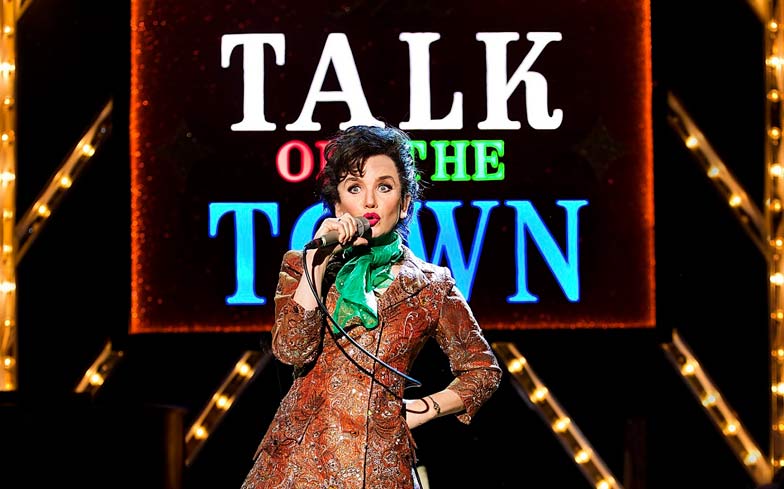 As Mickey Deans, ex Eastenders star Sam Attwater is a revelation. He has a huge stage presence and masculinity that is just right for Judy’s much younger new fiance. He makes Mickey, who could be a two dimensional muscle man, into a complex character – you are really not sure if he genuinely loves Judy and wants her to be clean, or whether he has set his cap at her as a meal ticket. Sam and Lisa’s battling lovers scenes are a joy to behold, giving you that uneasy feeling of laughing at something that is really quite sad and tragic – no mean feat.

The stage veteran Gary Wilmot plays Anthony as the most sympathetic character, a loyal friend to Judy who only wants what is best for her. Gary is the quiet heart of the play, and his final role, as the narrator to Judy’s final fate is poignant and devastating, delivered with quiet dignity by the one character who always retains that. 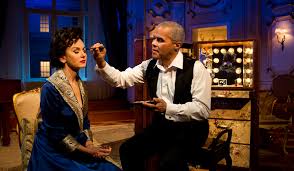 A beautiful one room set that somehow transforms itself from an hotel room to a nightclub, stunning costumes for Judy that are uncannily like her real London outfits from 1969, and those show-stopping tunes, including a spine-tingling rendition of ‘Over the Rainbow’ make this an unmissable show that lingers in the memory long after you leave the theatre. ‘End of the Rainbow’ is the seedy, sad tragedy that shows the dark side of show business.