Obesity is all around us. It is a global pandemic that affects all of the developed world. Let’s take a look at some facts about obesity before considering some of the things that could be done to make a difference. 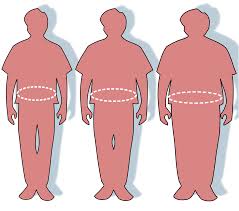 What Can Be Done?

Obviously, obesity is a really big problem and we cannot dig our heads in the sand and hope it will go away if we just ignore it. Over the past 10 years alone, the statistics have grown to staggering proportions. So much so, in fact, that for the first time in the history of mankind (as far as is known) this generation will have a shorter life expectancy than the previous one. Luckily, there is a commitment to finding solutions and to find them fast.

One issue is that many people, and particularly those who do not suffer from obesity or who were overweight and managed to lose it, believe that obesity is someone’s own fault. While it is true that lack of education and lack of opportunities to eat healthy and move a lot are the important factors that cause obesity, it is often not someone’s ‘fault’ as such. Additionally, this type of judgmental attitude is not beneficial to anybody.

The approach to obesity has to be threefold:

It is certainly true that it is difficult to eat healthy when we are surrounded by processed and genetically modified crops. However, how often do you walk to work instead of taking the car? How often do you take the escalator or elevator instead of taking the stairs? How often do you have a quick chocolate bar instead of some carrot sticks? You don’t have to have the time to go to the gym to be healthy. You don’t have to have the money to eat organic to be healthy. There are many things that people can do. And if you are considering bariatric surgery, as many people now are, you will also have to make those changes to your lifestyle if your surgery is to be a success overall.