One of my most popular posts on my site is dedicated to the television series based on the tales of Father Brown by GK Chesterton. Father Brown is just so popular, a gentle daytime classic with a cult following that has a brilliant central performance by Mark Williams, and a great supporting cast that includes the divine Emer Kelly as Bunty. 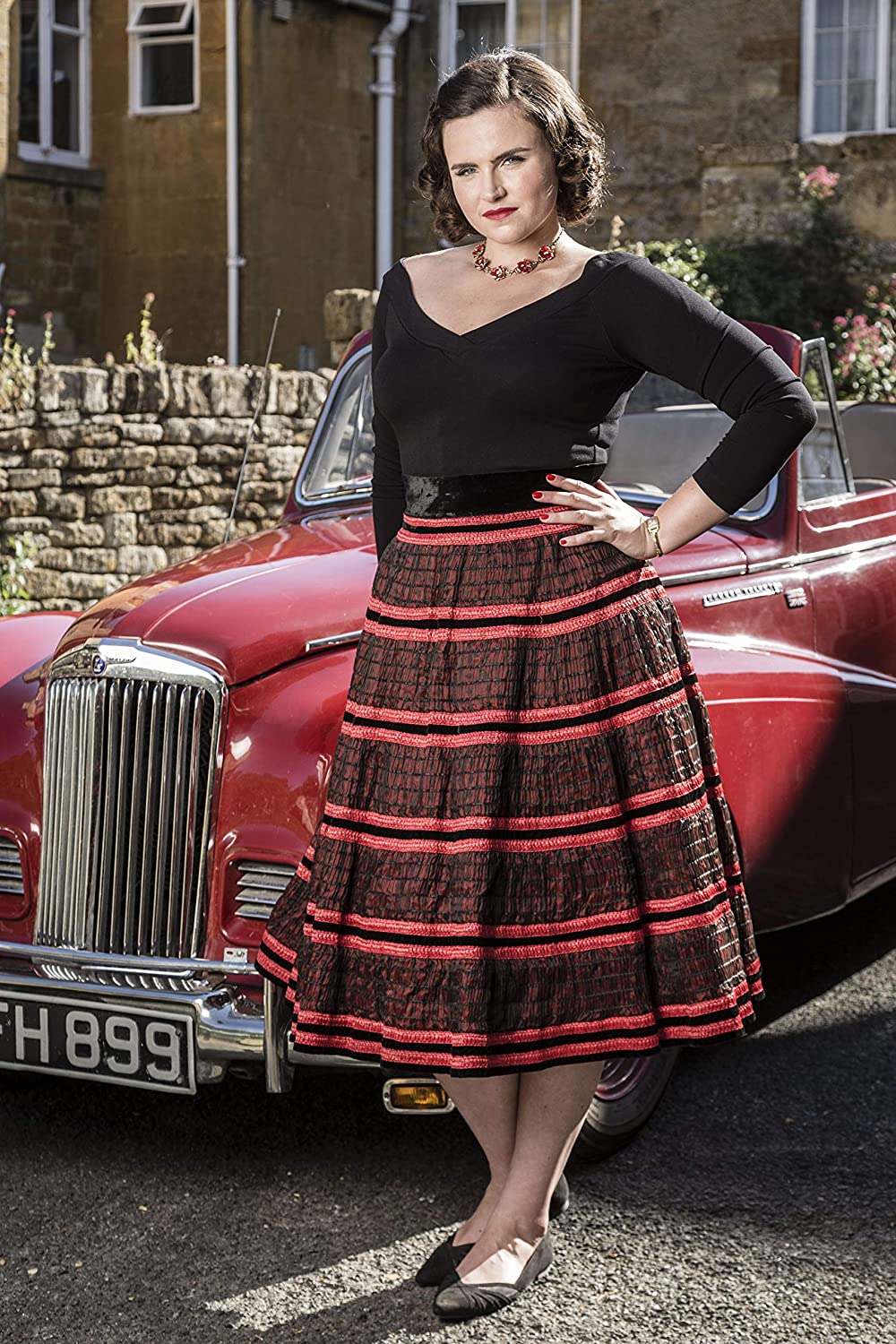 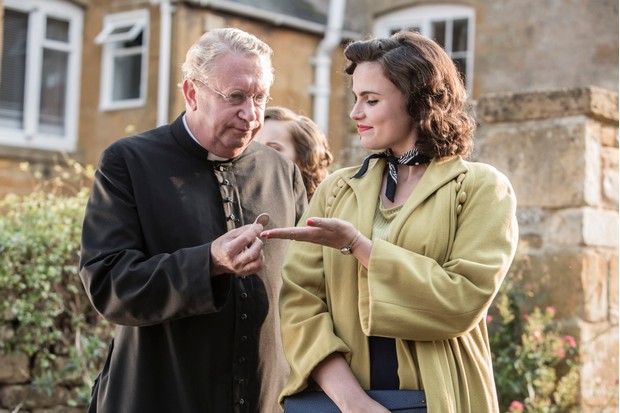 Bunty is absolutely my favourite character in Father Brown, a gorgeous posh girl who can sometimes come across as a bit of a airhead, but is actually anything but. She is brave, strong, totally forthright, looks like a bit of a flirt but is actually kind, loving and fiercely loyal, if you are looking for a heroine who fits the 21st Century as well as she fits the 1950’s, then Bunty is your girl. 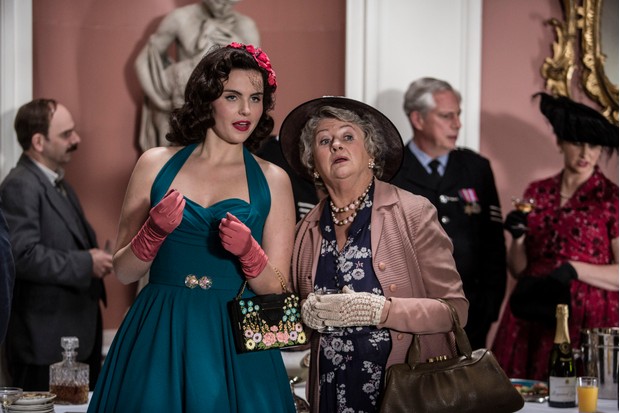 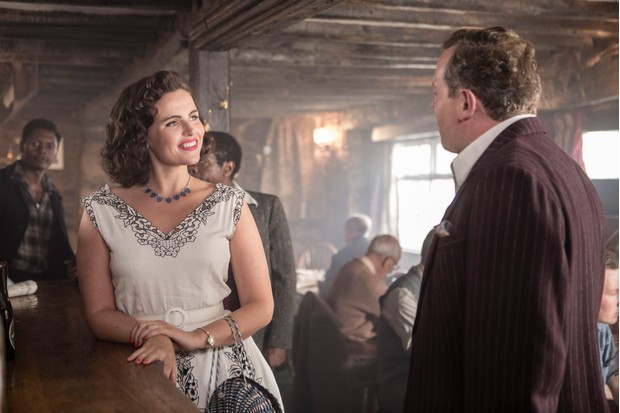 And that’s without even mentioning her wardrobe. Father Brown is, of course, set in the 1950’s, and Bunty has a wardrobe that combines all the best elements of 50’s style, from the full skirted gowns of the sort favoured by Grace Kelly, to the capri pants and jaunty scarves that were worn by Audrey Hepburn. But Bunty is definitely more Marilyn Monroe than Audrey Hepburn, with amazing curves that totally suit that fifties nipped in and tailored look. Her dresses owe a lot to the Christian Dior styling of the ‘new look’ era, and she totally rocks them. 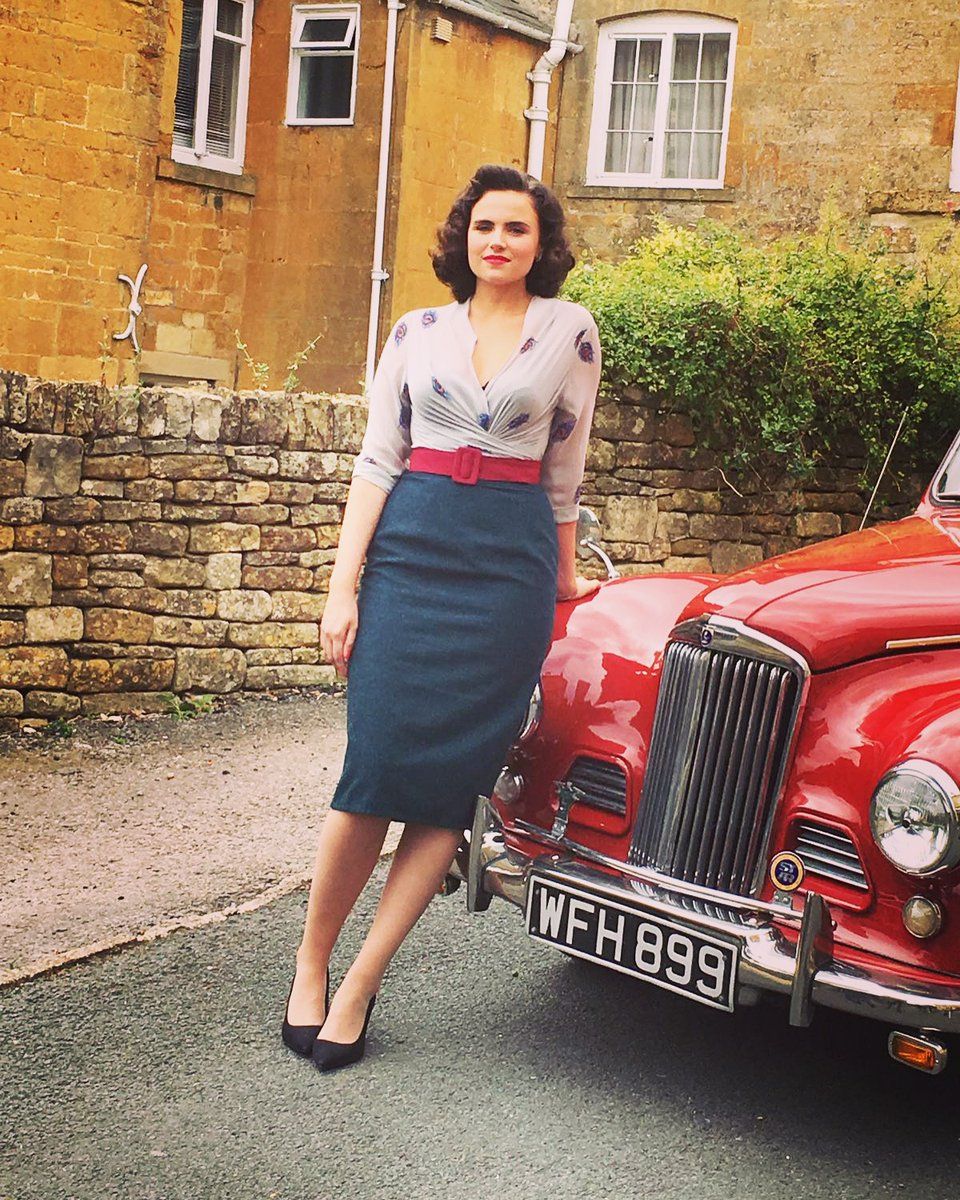 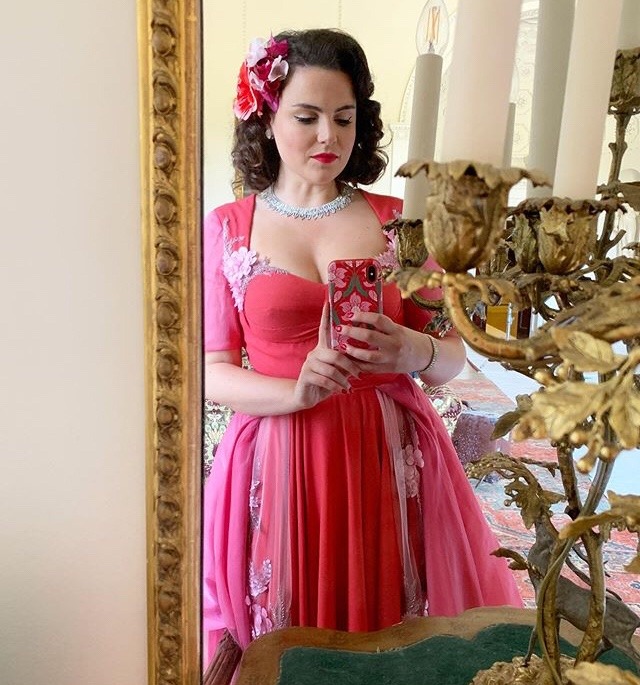 I love Bunty’s style, she reminds me of a 1950’s screen siren in her looks and has a wardrobe to match, and Emer Kelly just plays her brilliantly, with the right amount of sass and indignation. She certainly brings a level of pure glamour and escapism to daytime TV and I feel it is no surprise that Father Brown has been repeated during the period we’ve been locked down – we need Bunty style glamour in our lives at the moment.