Apologies for this late review of February style, but March has been so busy so far I have not had time to look back at what a fabulously stylish month February was. And what an absolute corker of a month it was. From the numerous awards ceremonies – Baftas, Brits, Grammys, and the Oscars, through to the Independent Spirit awards and Elle Style awards, every fashionista had a fabulous wardrobe to reveal. Fashion weeks hit New York, London and Milan, unveiling an array of star-studded front rows, fabulous new looks and superstar models of all genders! So, what else happened in February?

There were rumours that Kate Moss and Jamie Hince had tied the knot last year, but now it seems to be a definite fact that they will be getting married this year, possibly in early July. Kate seems to have celebrated this fact by being very visible on the social scene, wearing an array of stunning outfits. Unfortunately, her violet Dior dress that she wore to a Paris party was badly torn when she exited, bringing back memories of Courtney Love and vintage silk. 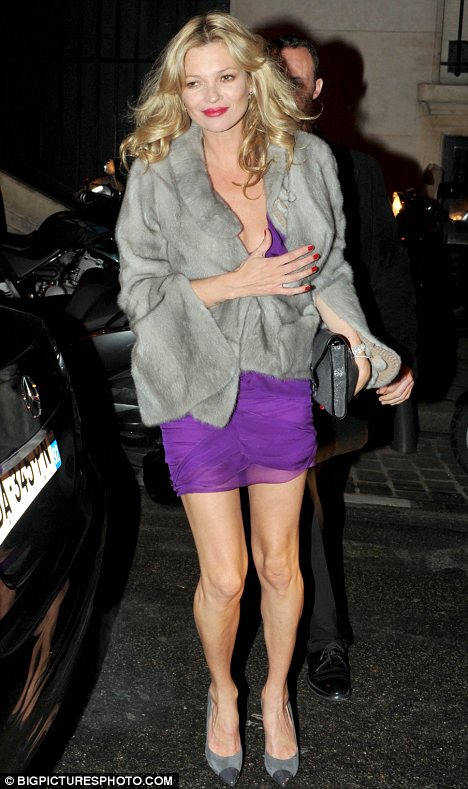 Kate has worn other fabulous looks this month. She attended the Fashion Week dinner hosted by Samantha Cameron at Downing Street wearing a short asymmetrical mini dress in black, whilst black was also the order of the day at the NME awards, where Kate was pictured in what looked like a black leather, full length dress. The new ad campaign for Longchamp showed Kate with a 1960s feel haircut, whilst she showed us the perfect way to add leopard print to our wardrobe. All in all, a fabulous, fashion-forward month for my favourite supermodel! 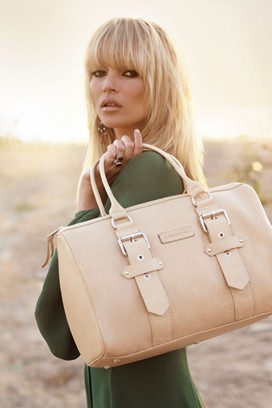 Who else looked amazing in February? Renee Zellweger looked an absolute princess in Carolina Herrera whilst at an awards ceremony in Germany. Emma Roberts again proved she is one to watch with a series of beautiful outfits at New York fashion week, whilst I loved all the red on show when Sofia Coppola joined Karen Elson at New York fashion week. 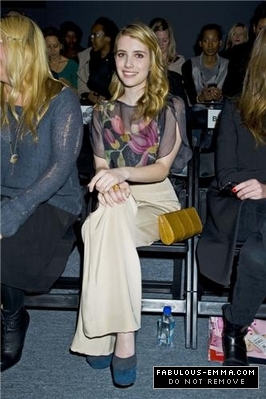 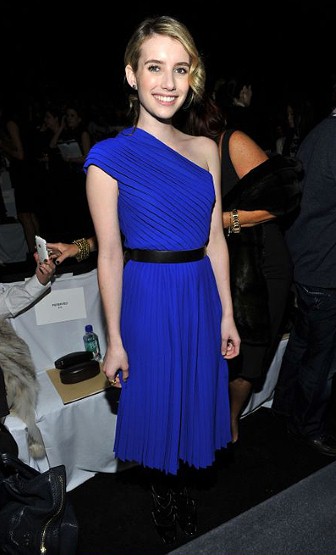 Halle Berry wore a beautiful raspberry Elie Saab dress to the Costume Designers guild awards ceremony. This was the same dress that Mila Kunis wore in lilac to the Oscars which was such a hit, but I think Halle looked equally stunning in this hot shade. On the same evening, Kristen Davis channelled Charlotte style in a beautiful dotted dress by Oscar De La Renta.

The Elle style awards were frwnkly quite low key in terms of style, but I did like the looks sported by Blake Lively in Pucci, and Thandie Newton in purple florals. Samantha Cameron became one of the undisputed stars of London Fashion week, and shone in a beautiful Christopher Kane skirt.

In other fashion news, a stunning looking Kelly Osbourne was revealed in all her glory in the new Material Girl ads, and I think she is a major improvement on sulky teen Taylor Momson. A range of celebrities took to the catwalk in beautiful red dresses in the ‘Heart truth wear a red dress’ catwalk show, with Dita Von Teese being my favourite.

My top buys this month have both been dresses. I was really excited about the launch of the new designers at Debenhams range, particularly the dresses by Preen. I got the blue dress, and have already wore it three times, almost paying for itself. The other dresses I got this month put spots before my eyes, both had a retro, dotted feel and were from Outfit branches by Dorothy Perkins. 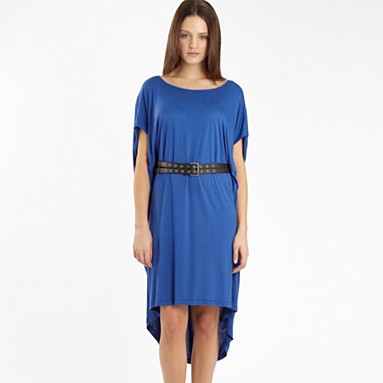 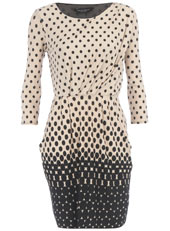