Last month, as our society finally started to open up, I took part in one of Kevin Thomas’s fantastic walking tours. This one was titled ‘A LOST MOSAIC, A GOLDEN LION, AND AN ABANDONED PICTURE PALACE WALKING TOUR’ and took in some of the often ignored treasures of the Hockley and Soho Hill area of Birmingham.

The tour took around 2 hours and was fascinating, with a mixture of gothic, arts and crafts, art deco and even brutalist architecture and art. Kevin has a passion for local history that really shines through, and is full of interesting stories and asides about the buildings featured on the tour. The pace is leisurely, so even though a lot of walking is involved, you never feel like you are being railroaded around Birmingham – there is a chance to look up and look around and really appreciate what you are seeing.

I loved the tour as there was a chance to take a closer look at the New Palladium Cinema, a building I had often passed by in a car, but never had the chance to look closer. Abandoned since the late 70’s, it is a real piece of early cinema history, and one desperately in need of some love before it decays any further. I also loved the Supreme Works, an art deco building with those lions mentioned in the title of the tour, and lots of beautiful art deco features – also now sadly empty.

The tour is as much about what we have lost, or could lose, as it is about what remains. The brutalist climbing walls under the Hockley Flyover are at risk if the flyover is removed, whilst the wonderful Art Deco signage of the quirky Observatory Public House has already disappeared. The abandoned community garden Richmond Gardens are also in some peril, whilst the Asian Resource Centre that is an Arts and Crafts delight is also currently empty and up for sale.

You can check out Kevin’s current walking tours here. 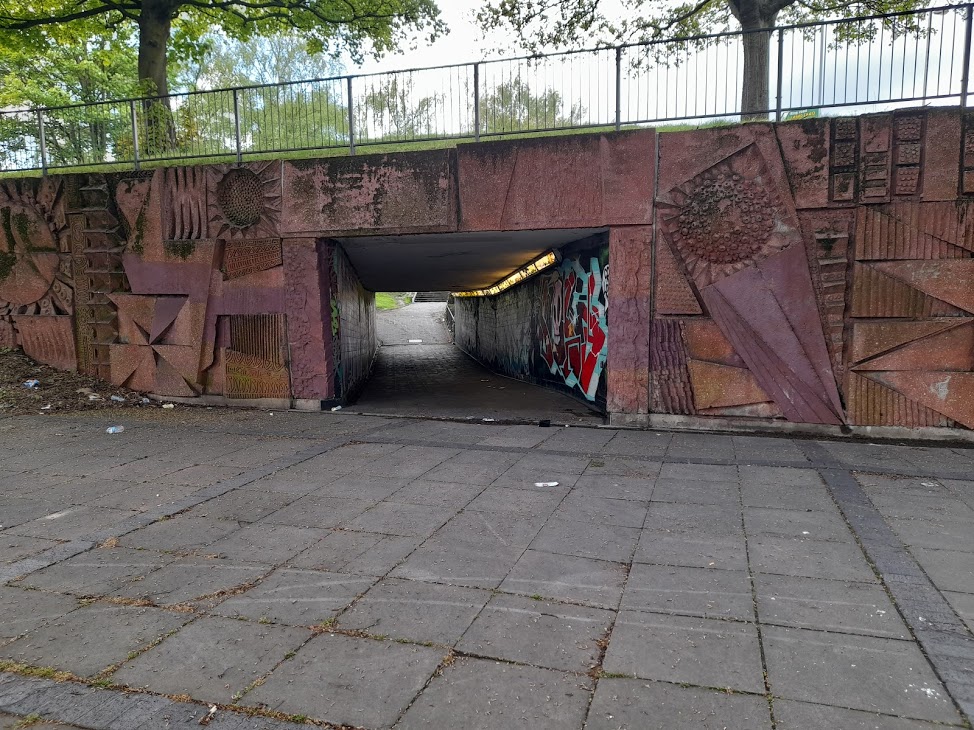 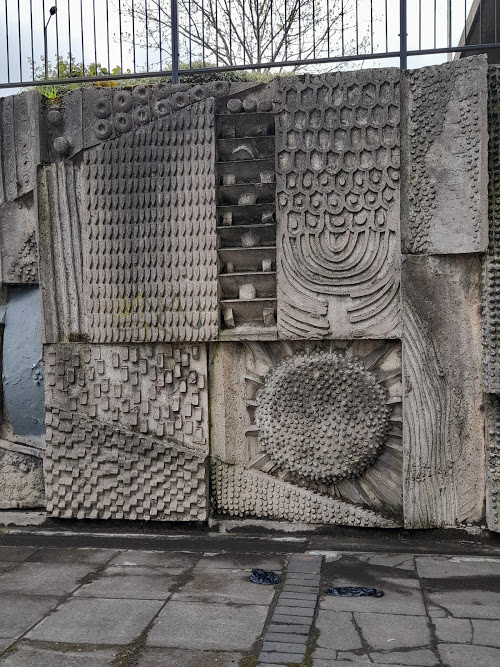 The New Palladium Cinema, built in 1913, now empty for around 40 years 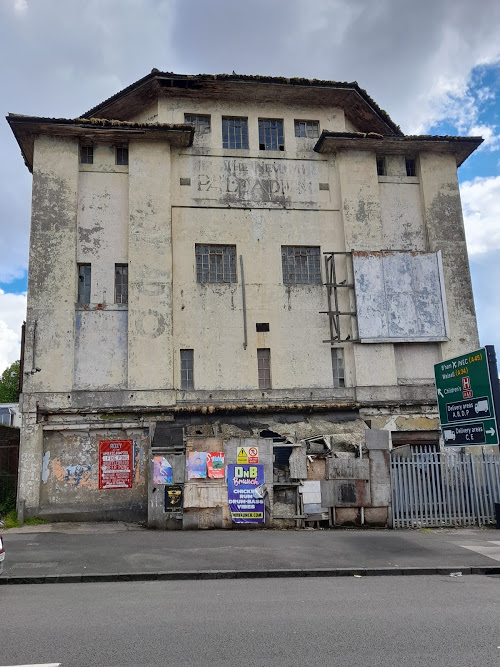 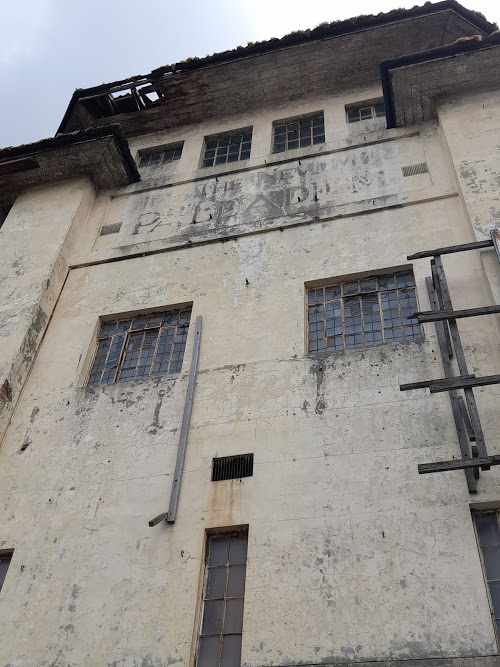 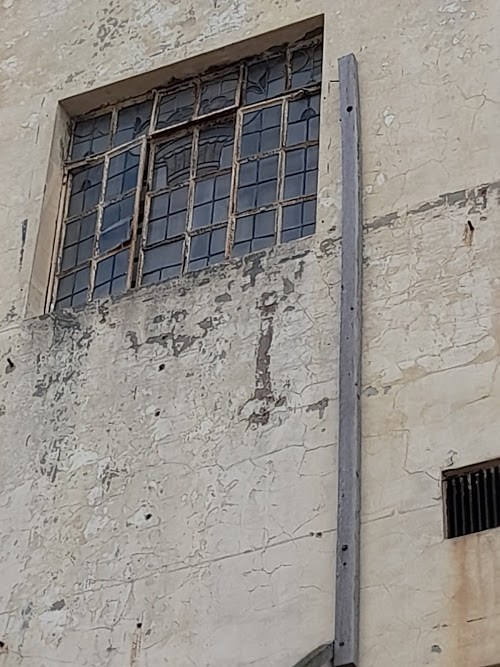 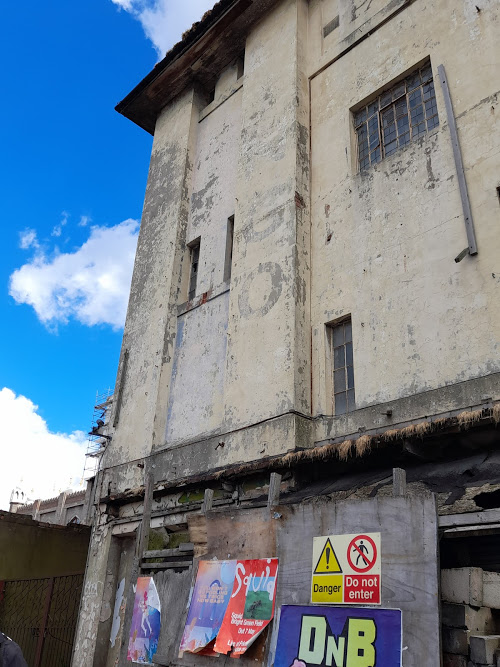 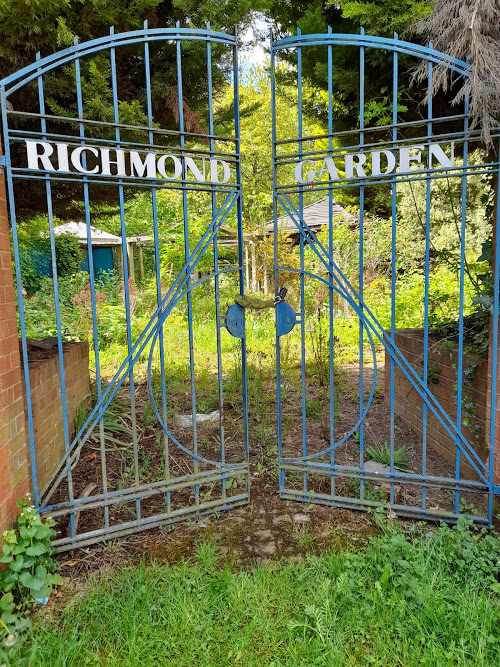 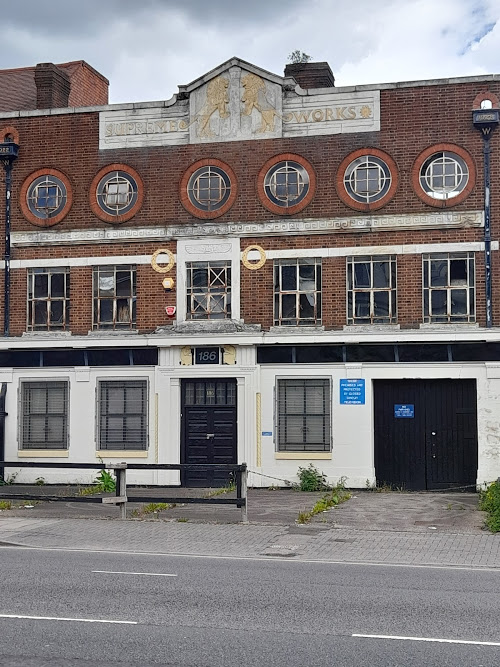 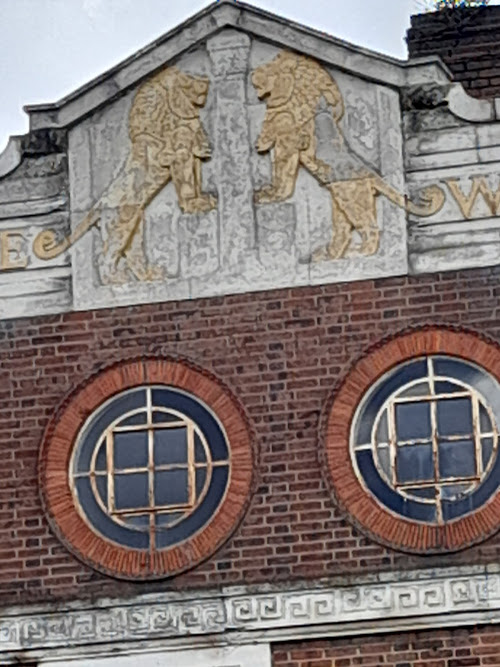 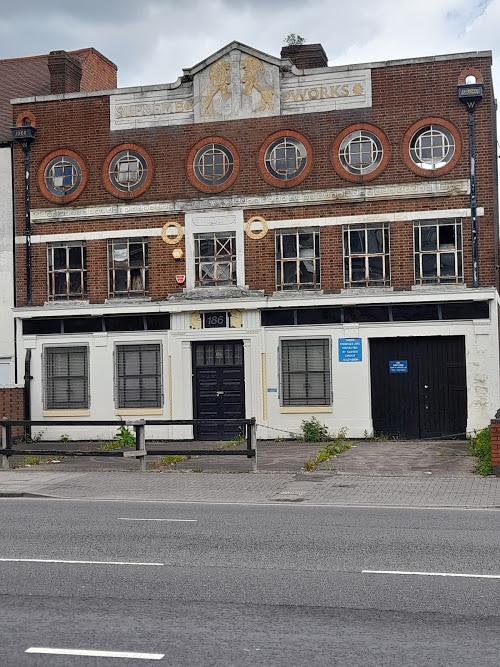 An Arts and Crafts/Nouveau delight 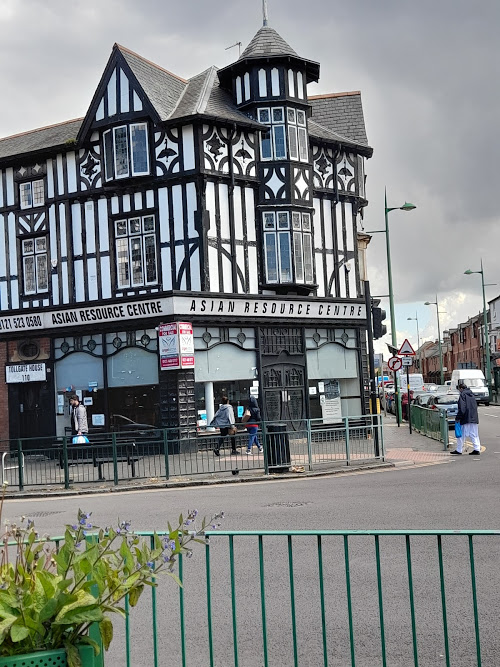 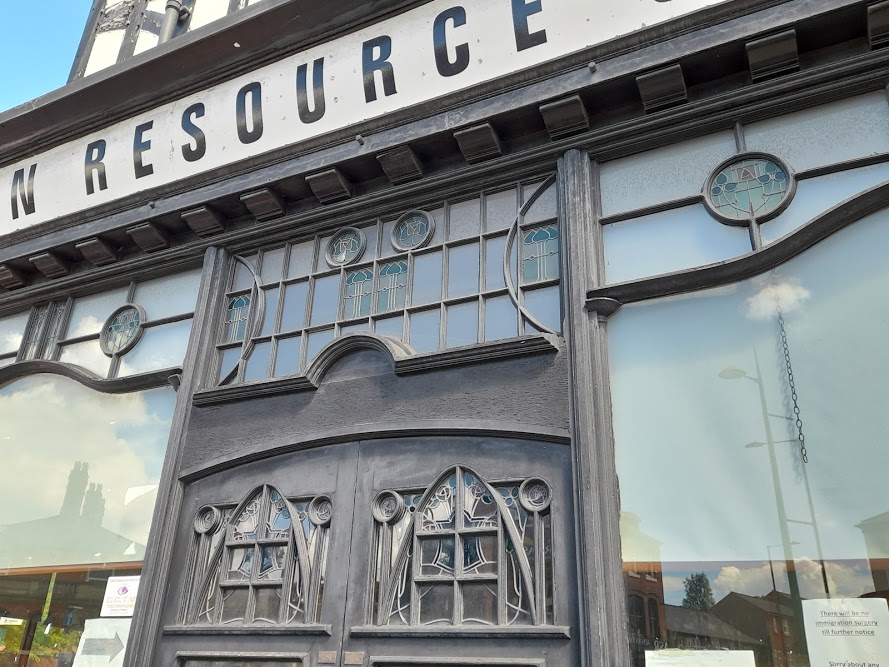 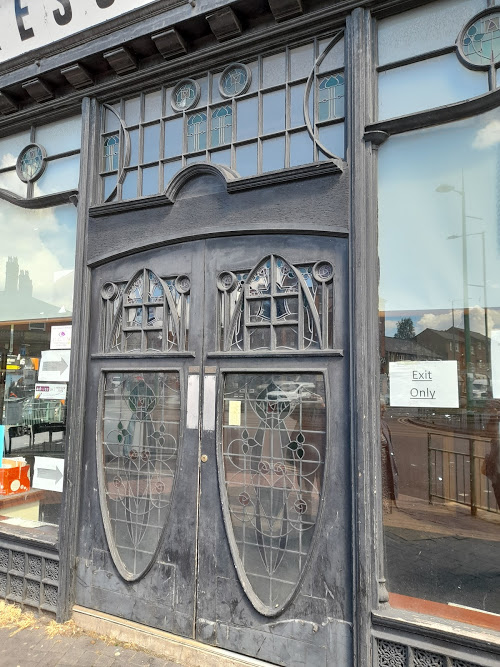 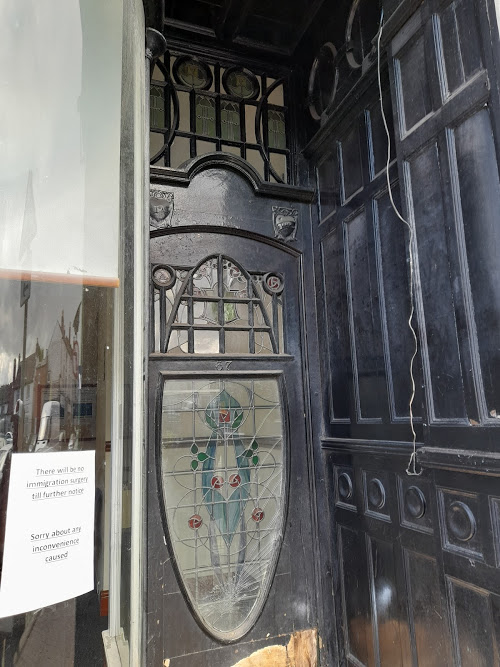 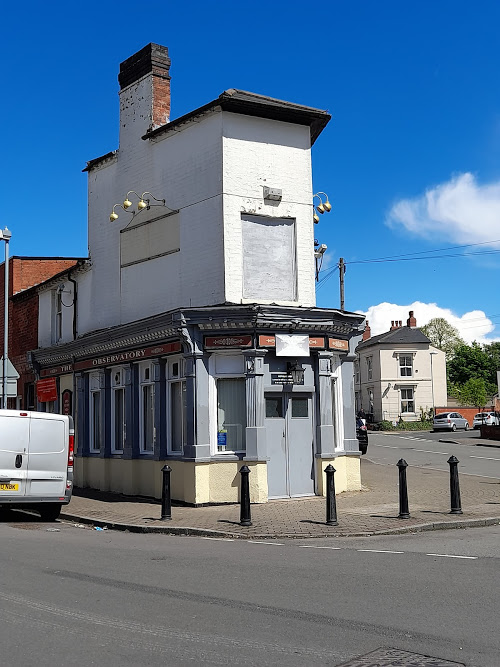 Convent of Mercy, a Pugin Design 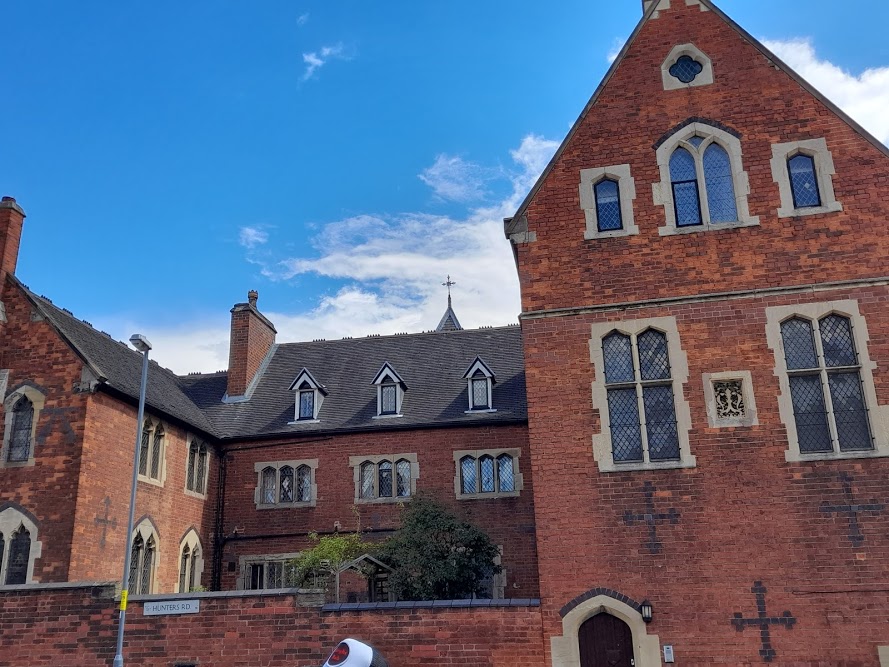 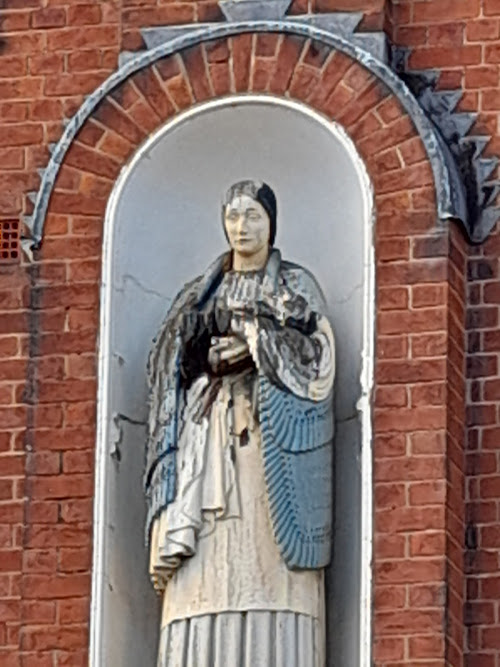 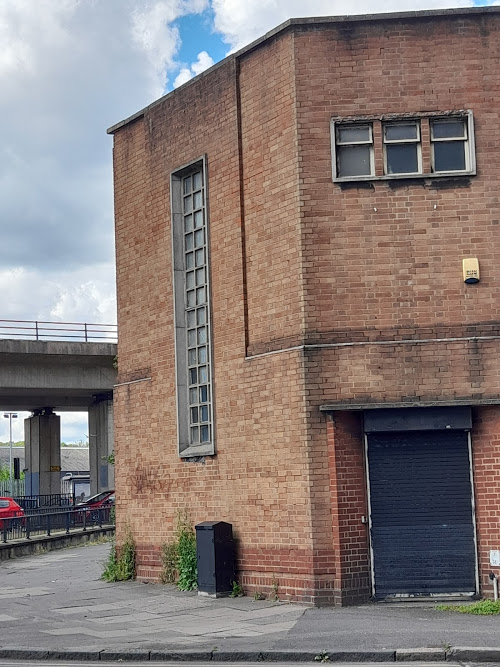 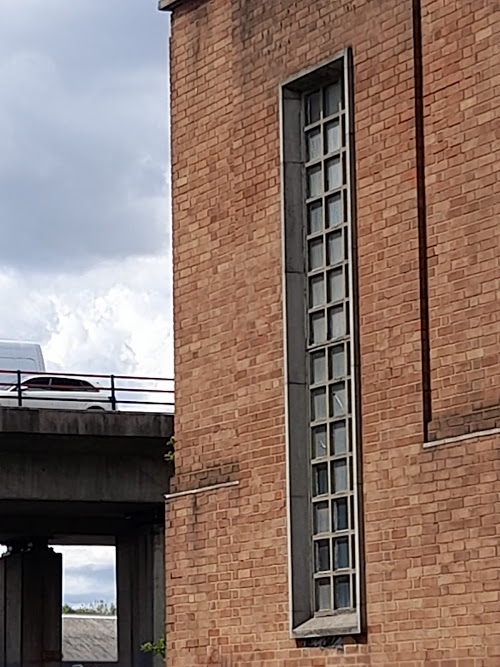