The word iconic is often overused, but not when we’re talking about the musical that exploded onto the stage in the early 1970s and went on to spawn one of the biggest movies (and biggest movie soundtracks) of that, and subsequent, decades. I am talking, of course, about Grease, the frothy story of boy meets girl, boy loses girl, and girl then gets boy by finding her inner vamp and skintight trousers. The latest touring production totally delighted fans at The Alexandra Theatre, Birmingham last night, not least because of an absolutely scene stealing performance from Peter Andre.

The story of Grease is well known, but although this version uses the songs from the movie, there are also other songs from the original stage production, and even the known songs are often placed in unfamiliar scenes. This actually gives the whole production a sense of newness – hearing ‘We go together’ absolutely joyously performed at the end of act 1 is a surprise, but a good one all the same. The ensemble musical numbers are fantastic, performed with verve and energy by a really talented cast, with the opening Grease is the Word setting the scene brilliantly, and then being followed by the iconic Greased lightning (sung by Kenickie, as in the original production, before John Travolta, ahem, stole it in the movie.). Hand Jive is also fantastic, brilliantly danced and performed, try to stop your toes tapping to that one if you can. 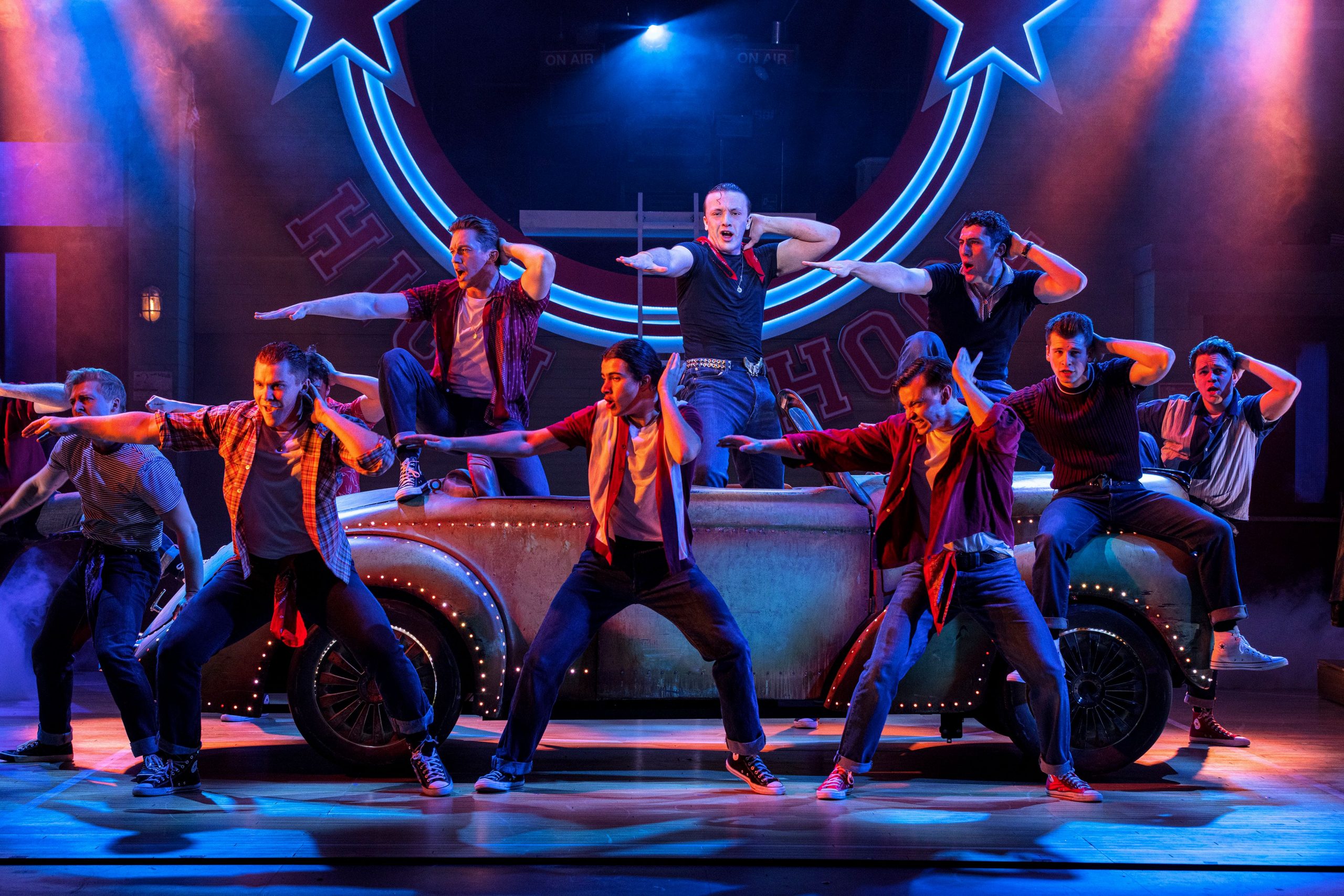 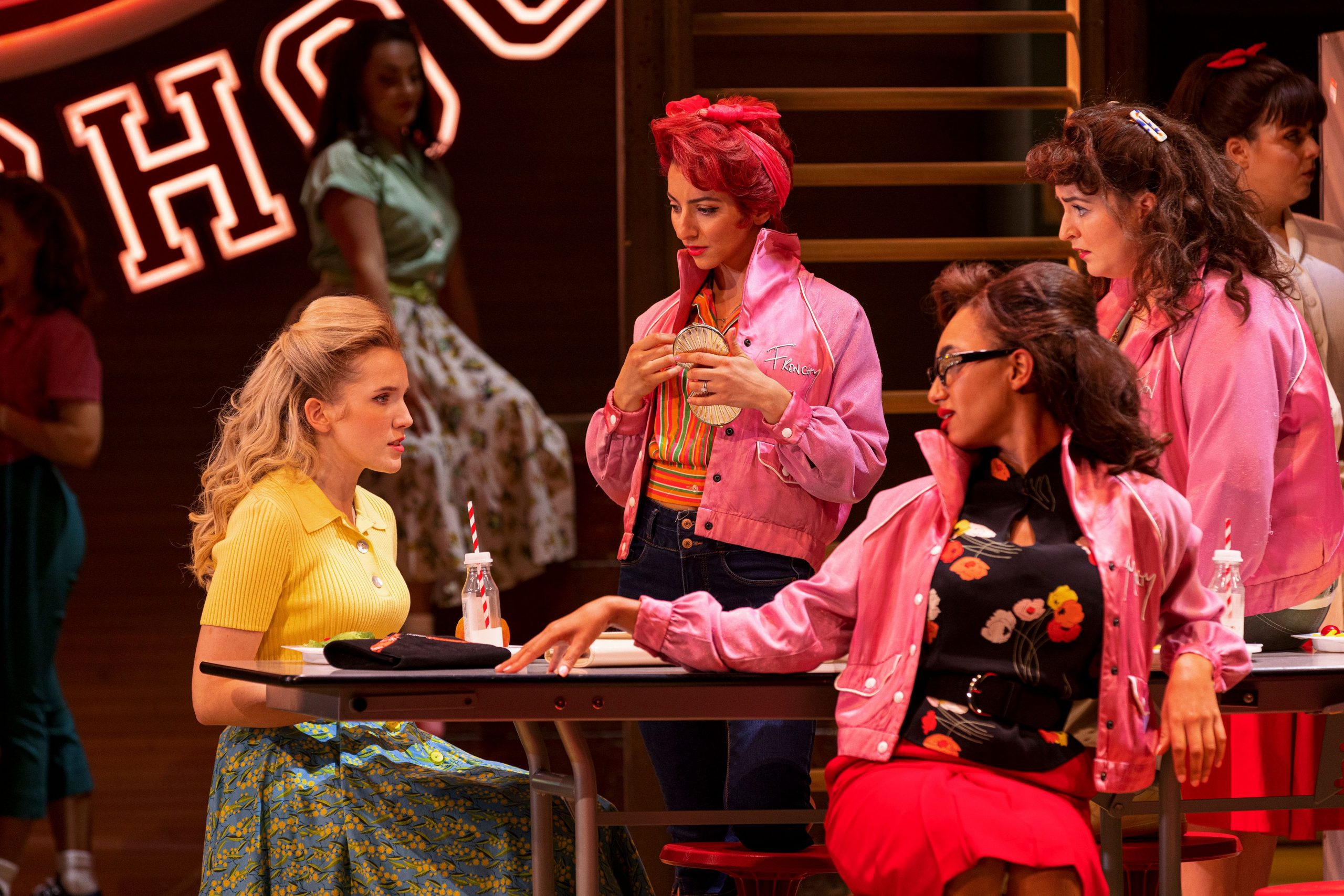 The cast are uniformly great in their roles. Dan Partridge as Danny has the confidence and swagger that is needed for the role, whilst the lovely Georgia Louise is a more forceful Sandy than in the movie, winsome yes, but no pushover. They are ably supported by Paul French and Tendai Rinomhota as Kenickie and Rizzo, they have a real connection and bring heat and chemistry to their roles. Both also perform their songs well, ‘There are worst things I could do’ is a real high point for me, and Greased Lighting is sparky and bright, and makes far better sense when sang by the owner of the car. 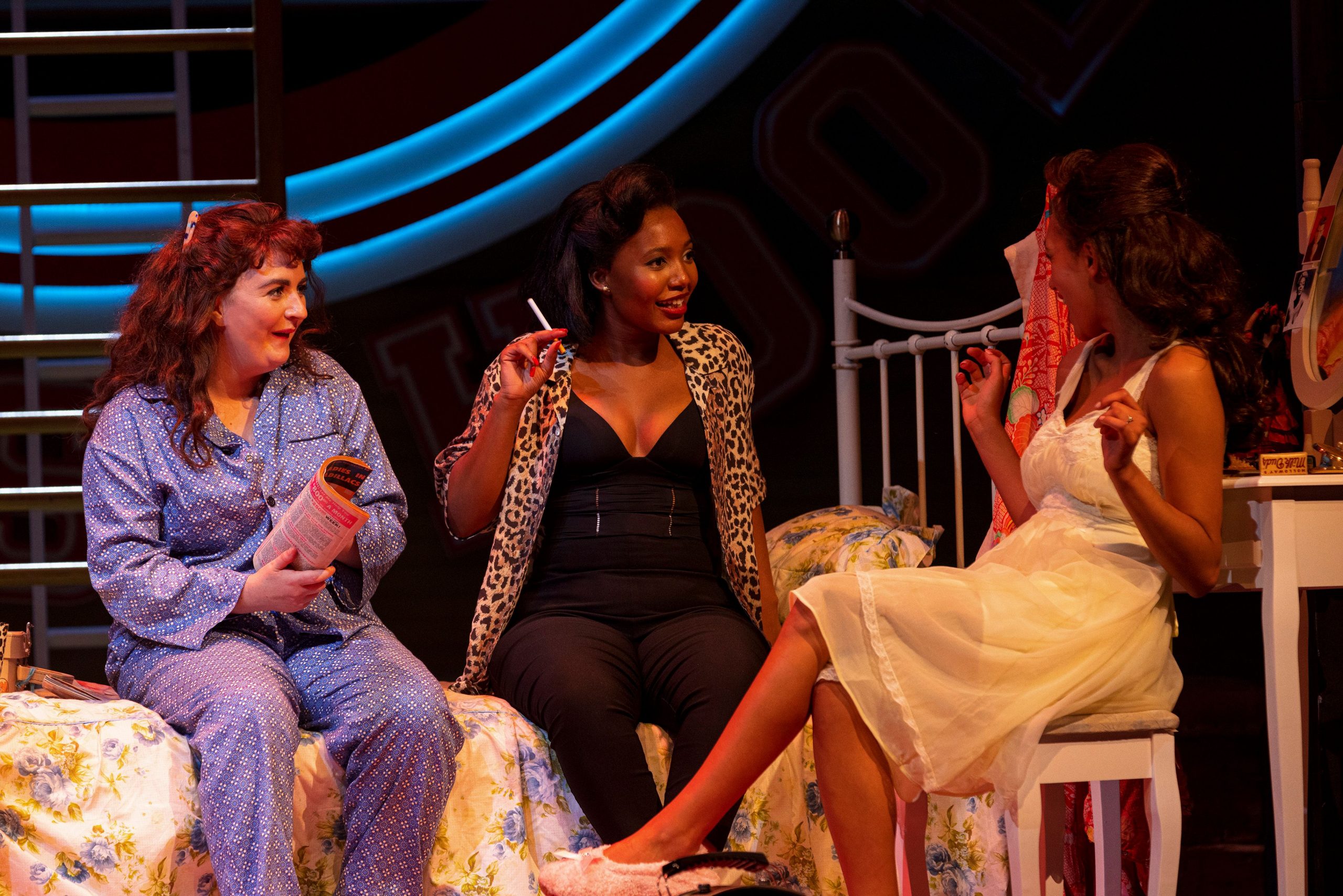 And then we have to talk about Peter Andre. He is sensational in the role of both Vince Fontaine and the Teen Angel. Vocally superb, it is his way of playing both roles totally tongue in cheek that makes him a scene stealer. He is hilarious, perfect for the role, it is a really fun performance and the audience loved it.