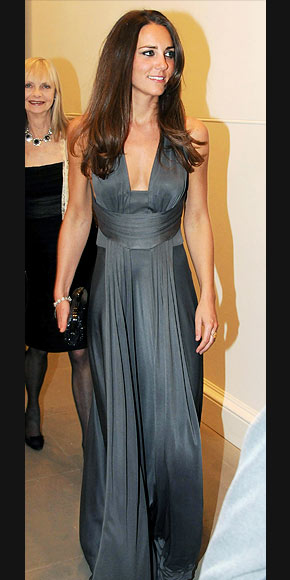 The Countdown to the Royal wedding continues to fuel the newspapers, magazines and gossip columnists, and yet information and sightings of the royal couple has actually been quite sparse. In contrast to the Royal Wedding in 1981, when Lady Diana Spencer attended film premieres, Royal Ascot and walkabouts with Prince Charles, we have so far only seen Kate on one official engagement, in December, at an event for the teenage cancer trust. So, what else has been happening with the future Princess/Queen, and what else have we learnt about Kate?

We have learnt that this is going to be a truly modern affair. There will be no glass carriages for Kate, she will arrive at Westminster Abbey in a limousine, which seems a shame, as we hardly ever see that lovely covered glass carriage that Diana travelled in anymore, but maybe Kate doesn’t want to turn up as creased as poor Diana did, so a limo may be for the best. There will be an opportunity for the balcony kiss, and the Royals and guests will then enjoy a buffet. I’m guessing this won’t consist of cheese and pineapple and sausage rolls!

There is so no official word on who will design the dress. For a while Bruce Oldfield was the favourite, with some bookmakers refusing to take any more bets on him, but there has not been any confirmation on this from anyone. Vivienne Westwood has said that she is definitely not designing the dress, while Jasper Conran has waded in, saying her would make Kate the pride of Britain in an article in The Daily Telegraph. American trade fashion bible Womens wear Daily asked a range of top designers to present their designs for a dress for Kate, with Hello magazine doing the same in the UK. 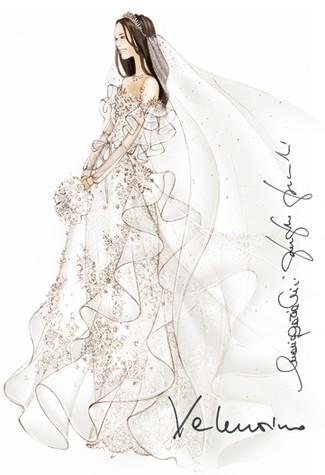 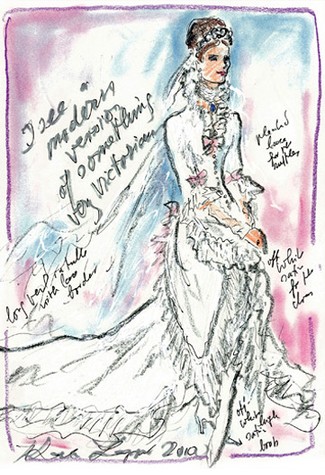 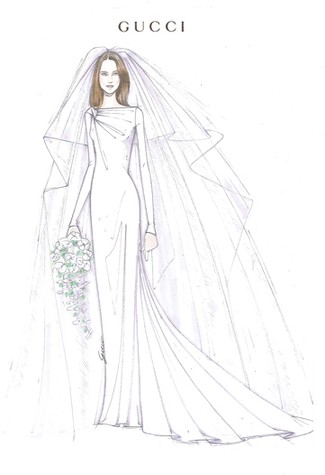 So, are there any more clues as to who is designing the Royal Wedding dress of the Century? On her first public engagement with William Kate wore a beautiful Alice Temperley white and black dress. Alice is a good British designer, who also gained the Royal seal of approval in the New Years honours list, so she could be a good outside bet. There are rumours that the dress is being made, as we speak, behind the walls of Buckingham Palace.

Kate’s outfits have faced constant scrutiny since the engagement was announced. The engagement dress from Issa was deemed a success and has already seen a whole host of copycat designs. The official photographs celebrated the British High Street, featuring a dress by Reiss and a blouse by Whistles. Kate’s style has been praised by Karl Lagerfeld, whilst Grazia magazine has said she has not yet put a foot wrong in the style stakes. Yet, other publications have stated that her groomed glossy look is ‘bland’ Belinda White emphasised her need for a stylist, putting forward Rachel Zoe and Carolyn Seiber, and saying that she needed to cut her ‘boring blow dry’. Kate also received criticism over the dress she wore to the Lucy Stourton/Harry Aubrey-Fletcher wedding. The dress had a sheer panel at the front which gave the impression that Kate was braless. (Shock!Horror!). The stunning outfit, which consisted of a black dress and velvet coat by upcoming label Libelula, was beautiful and elegant, but this didn’t stop Ingrid Seward, editor in chief of ‘Majesty’ magazine criticising. She said that Royal’s only wear black when in mourning, or for a Papal visit, and that the sheer panel was too risqué for a future Princess. This was very reminiscent of the comments made when Diana wore a black Emmanuel strapless dress to Goldsmith Hall in 1981. 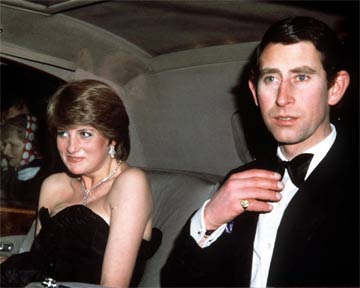 My opinion? Kate looked great the wedding, the outfit was both modern and classic, and was designed not to upstage the bride, although there was little chance this wouldn’t happen, unfortunately for Lucy Stourton. The hat reminded me of the chic styles worn by Wallis Simpson in the 1930’s, and as for being black….as someone who was recently a bridesmaid in a black evening dress, I would say that black is now totally appropriate for wedding attire, even on the bride. It seems Kate may have the same role Diana did, that is, dragging the Royal family into the current century, as it seems to always reside in the previous one!

Kate is apparently a huge fan of TK Maxx, which is great news for the high street brand. Kate is going to be a waxwork in Madame Tussaud’s, which has led to speculation over which outfit will be chosen for the model.

Kate has been immortalised in an Andy Warhol style cover for Tatler magazine, which is a fab souvenir for any Kate watcher. 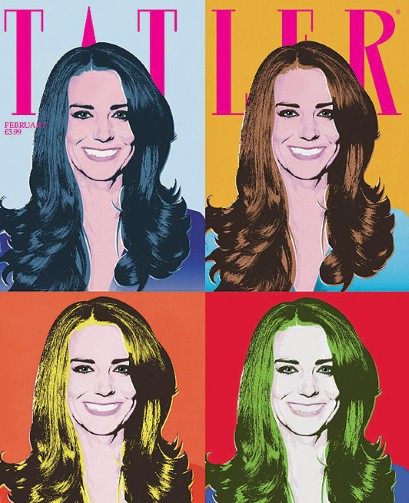 The Royal Mint £5 coin produced to celebrate the engagement has faced heavy criticism because it looks nothing like the royal couple. The coin shows a chubby faced Kate and William with what looks like a quiff. Frankly, not good! 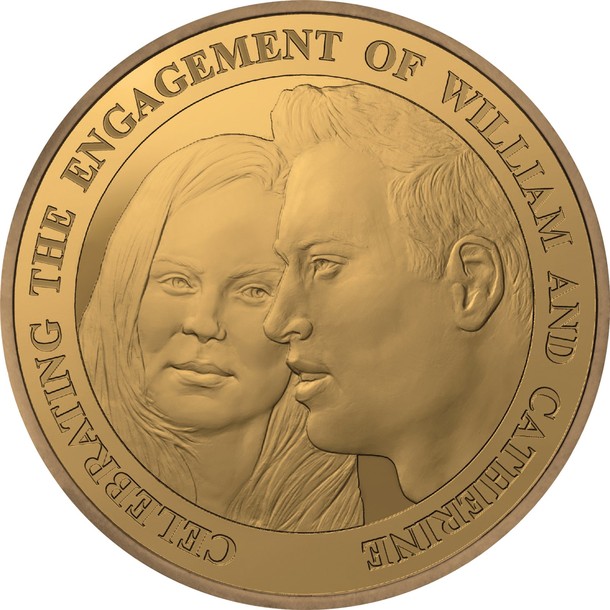 I’ll keep you posted with any further Kate pictures and news of the wedding.