We are most definitely in the midst of a Kate Middleton frenzy. Since the engagement was announced a week ago, our appetite for any information about the future Princess Catherine has been unabated. And it seems that what we want to know about most of all is her wardrobe.

The fabulous blue Issa dress that she wore for the announcement was sold out within a few hours of the engagement being made public. Help was at hand though as Tesco announced a budget copy through their F&F range that would cost just £20. It was shorter than the ‘Kate’ dress, had short sleeves rather than long, and would be in stretchy cotton, but was still a pretty decent replica at a bargain price. It went on sale today. Within an hour it had completely sold out online, with the small amount of stock left in stores not set to last the week! 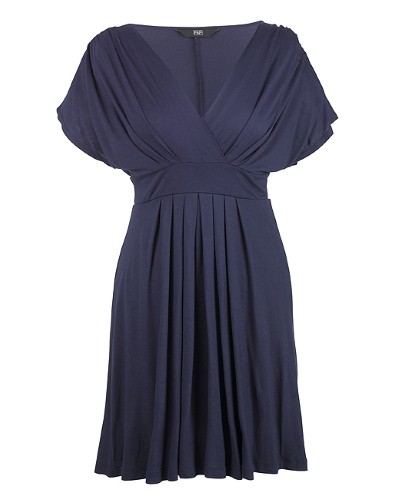 Jumping on the Kate bandwagon next is Net-a -porter, who have tonight announced they will begin taking pre-orders for the Issa dress in the morning. Expect a similar feeding frenzy that consumed the F&F dress by designer fashionistas.

Next…the ring. This is of course the iconic ring that once belonged to Diana, and now adorns Kate’s finger. Jewellers have seen a surge in interest in large gemstone rings in the past week and have been quick to capitalise on this. H Samuel’s are in the process of making two versions of the Kate ring, whilst QVC.com are already selling their simulated version, designed by Kenneth Jay Lane. The interest was stretched further by QVC as sketches of the planned ring were posted on a QVC blog beforehand. 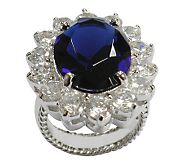 Our magazines are speculating everything, from who will design the dress, which tiara will she wear (my money is that she will NOT wear the Spencer tiara as worn by Diana, the ring is probably enough!), who will be her bridesmaids (Sister Pippa must be a dead cert on this count.) One question was cleared up today, the wedding will be a spring affair, 29th April 2010 in Westminster Abbey, and everyone will get a bank holiday. With Just 5 months to wait for the wedding, we can only expect the excitement to become even more frenzied. Kate may wear sensible shoes…but I certainly wouldn’t want to be in them in the next few months!