The North American tour continued as Kate and Wills waved Canada a fond farewell and set off to charm America. All eyes were on the beautiful Duchess who had held Canada in the palm of her hand with her easy smile, charming manners and fabulous fashion. Could she now do the same in America…and, more importantly, what would she wear?

A little bit of Roksanda

As a huge fan of Roksanda Ilincic, I was really hoping that Kate would wear one of her fabulous dresses, and so I was over the moon as Kate stepped off the plane wearing the blue/grey Peridot dress. This was a great look for Kate, leaving the more conservative Catherine Walker coat dress and Jenny Packham vintagesque Primrose dress for something bang up to date. This dress has a draped neck on one side and ties with a beige grosgrain belt. In wool crepe, the dress also came in a deeper blue shade and was available at Net-a-Porter and Matches, but, like all Kate related attire, it’s now totally sold out. 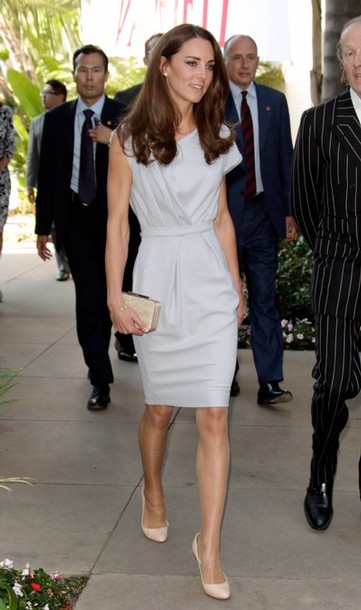 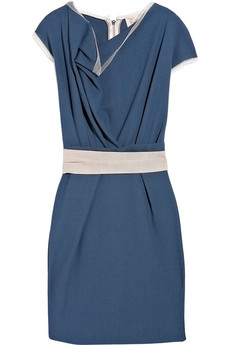 Kate paid tribute to Canadian fashion by wearing  Erdem and Smythe, so it was a given that she would wear an American designer at some point during the tour. She chose Diane Von Furstenberg, the American legend who designed the wrap dress that Kate is so enamoured with and wears often. Kate has worn Diane designs before, notably the black and tan print dress she wore when dining with Camilla Parker Bowles before the wedding. On this occasion, a private dinner at the British Consul, Kate opted for the colour pop Maja silk dress in vibrant jade green. This was a real treat for those who wanted to see Kate in brights, and the dress, with its deep v back, looked just great. She teamed it with a Von Furstenberg clutch bag that became another tour sell out. 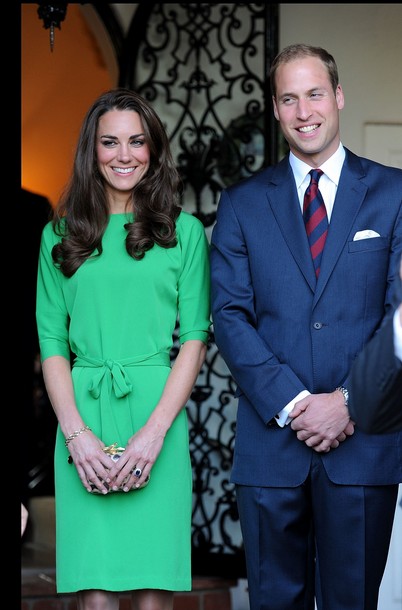 For a day at the Polo, we were treated to  another Jenny Packham dress. I adored this hand painted silk dress that has the appearance of watered silk. This had the feel of Japanese floral prints with its ‘Chinoiserie’ print. She wore it, surprisingly, with bare legs and open toed sandals by LK Bennett. This was a real romantic look that screamed summer elegance. 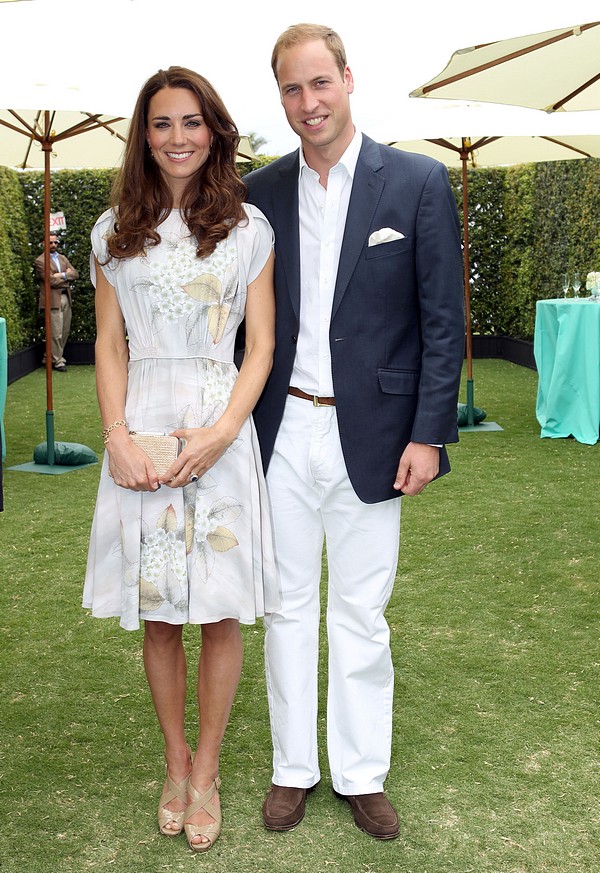 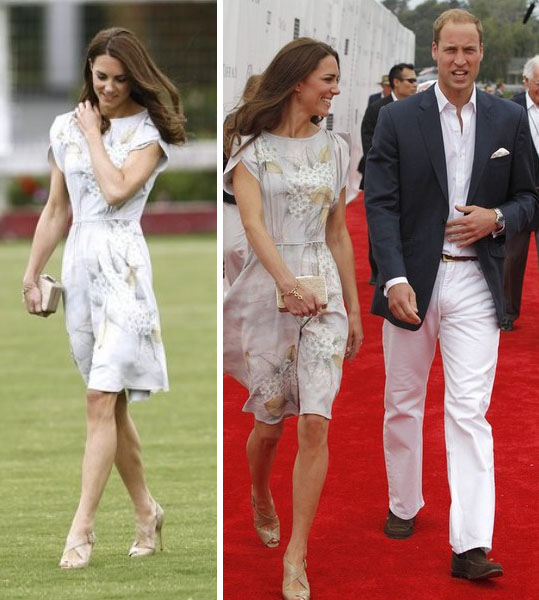 Next Kate was going to attend the glitziest night of the whole tour, as the whole of Hollywood got ready to attend the Bafta Brits gala. But such a stylish night deserves a blog post all of its own.