Remember the film Little Miss Sunshine? It was the heartwarming tale of a disfunctional family with the adorable, if unlikely, beauty pageant queen Olive at its heart. Well now Little Miss Sunshine has been transformed into a wonderful musical that is just as funny, as loveable, as sad and as quirky as the source material. It had it’s press night in Birmingham last night at The Alexandra and I absolutely loved it. 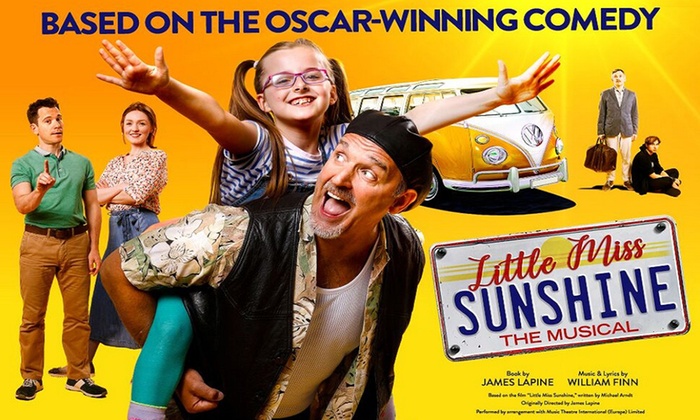 Olive lives in Albuquerque and is determined to be the first Little Miss Sunshine from New Mexico. She lives with her family, mom and dad Sheryl and Richard, falling apart as they argue due to money worries, grandpa Hoover, banned from every retirement home in the state and brother Dwayne, who hasn’t spoke in 85 days and reads Nietzsche. Then there’s Uncle Frank, returning to the family home after an attempted suicide attempt. A phone call saying that Olive has reached the final of the Little Miss Sunshine competition sees the entire family begin a road trip to Rodondo  Beach, a road trip that promises to change the family forever. 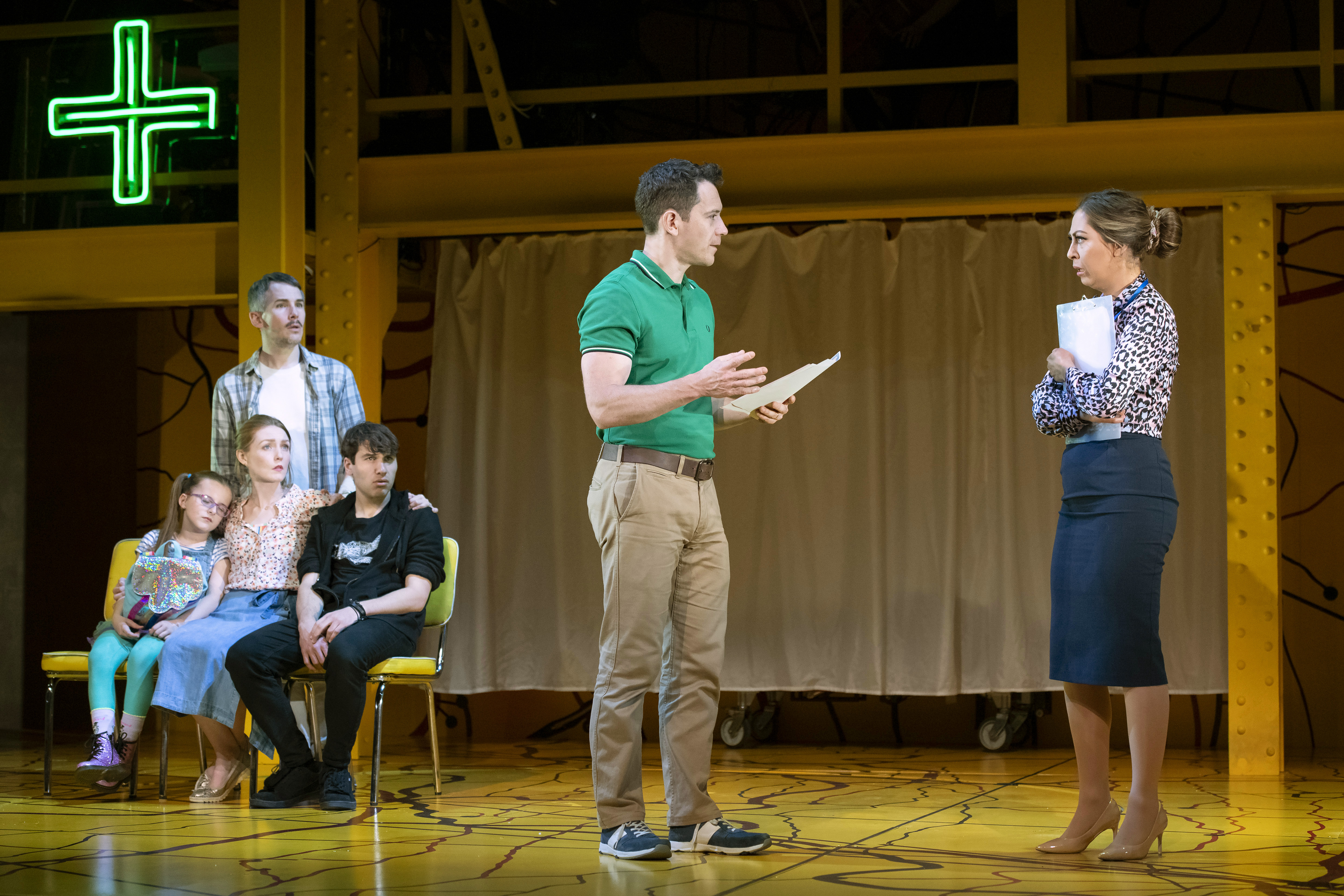 This is a musical with a difference, veering well away from the wholesome, despite having a child at the heart of the story. The family are disfunctional, with grandpa suffering from some severe sex and drugs problems, hilariously highlighted in the song Sex, performed with hysterical verve by the brilliant Mark Moraghan. And yet despite the laughs, of which there are lots, not least in the show stopping ‘Shake My Vesuvius’ finale, there are also moments of real sadness, particularly in the tense scenes between Lucy O Byrne as Sheryl and Gabriel Vick as Richard, both are very good as a couple who are sinking beneath the weight of debt and worries.

Paul Keating is great as Uncle Frank, and forms a great partnership with Sev Keoshgerian as nephew Dwayne. Sev, although not speaking for much of the show, is also very good, the epitome of depressed teen. There are also hilarious cameos from Imelda Warren-Green as the barking mad Miss California, and Ian Carlyle as pageant presenter Buddy. 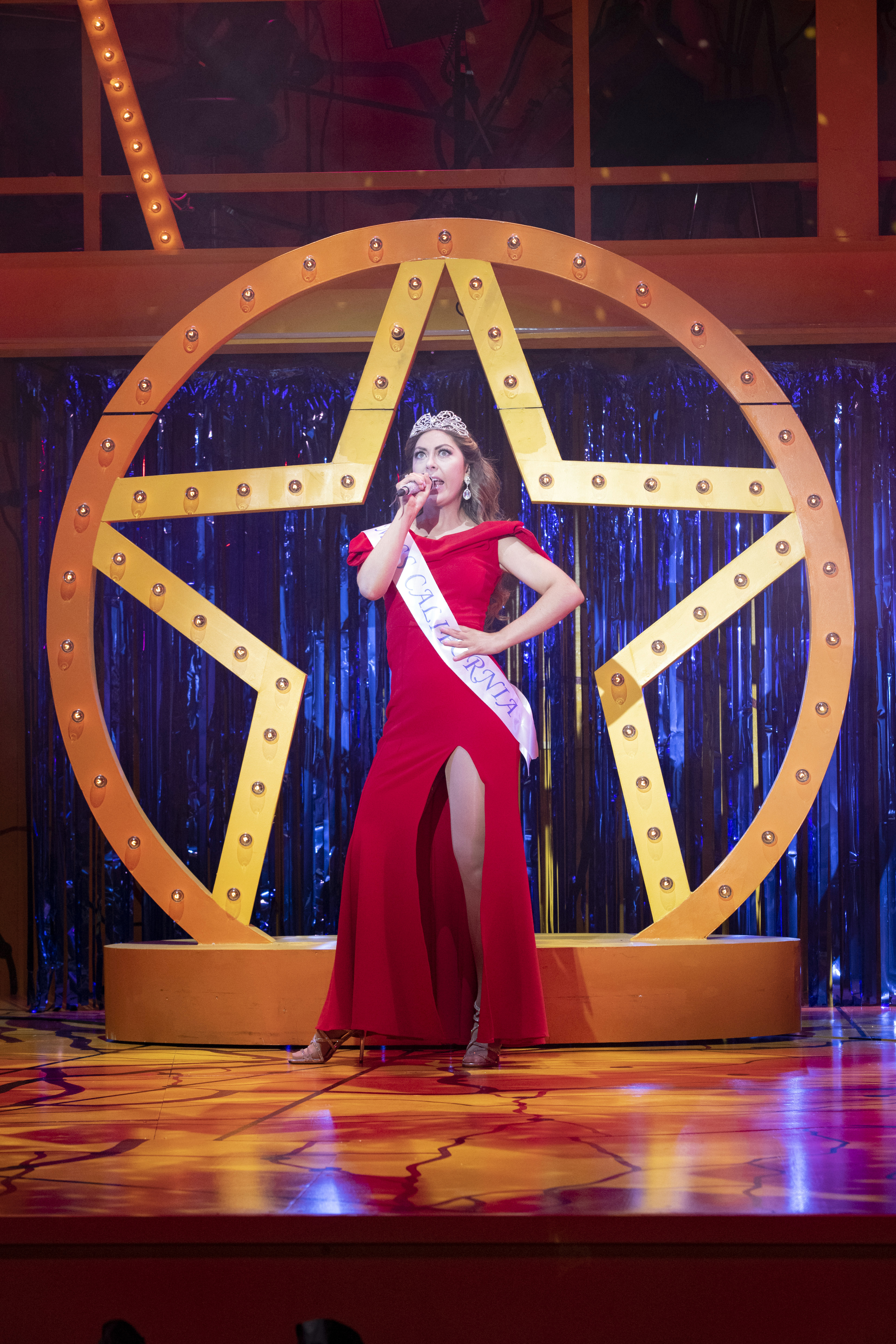 But this show is all about Olive, and, in Lily Mae Denman, the show has a real star, a non precocious, gorgeous bundle of energy who excels throughout the performance, winning hearts with her very matter of fact attitude.

Little Miss Sunshine will make you laugh out loud, and then stifle the tears. Heartwarming and lovely, I thoroughly enjoyed every minute.

The Alexandra Until Saturday 20 July