I have a dream, a fantasy
To help me through reality

So begins what could be the most iconic, most fabulous jukebox musical of them all. Mamma Mia may not have the strongest storyline, but what it does have is memorable characters, bags of humour, and those fabulous, timeless Abba classics. It is probably the most fun you can have at a night at the theatre, and is destined to have audiences dancing and singing forever. Last night, at the Wolverhampton Grand, it once again had me enthralled. Mamma Mia, here I go again, how could I resist you?’ 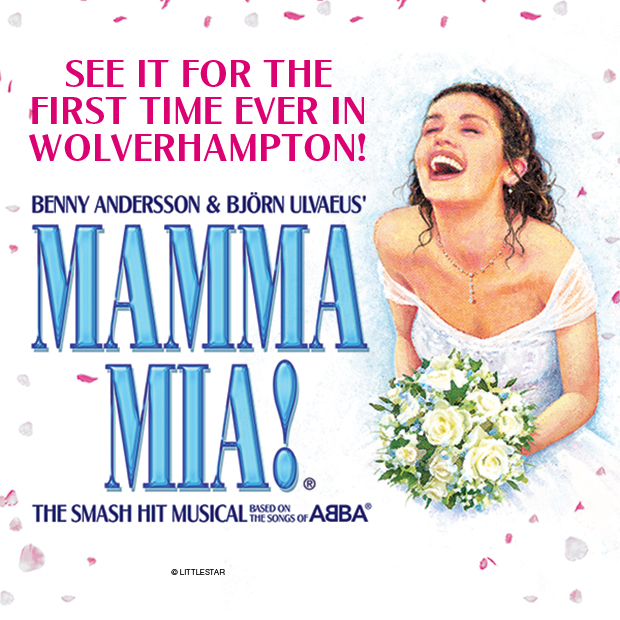 Sophie is getting married, and wants to invite her father. The problem is that she doesn’t know who he is, and finding her mom’s diary she finds there are three candidates, Sam, Bill and Harry. She invites all three to the wedding, unbeknownst to her fiery, formidable mother Donna. Donna had a somewhat wild past as the singer in a girl group, Donna and the Dynamos, and with the arrival of her former bandmates, Rosie and Tanya, as well as the three prospective dads, the stage is set for hilarious complications as Sophie tries to discover exactly who her dad is. 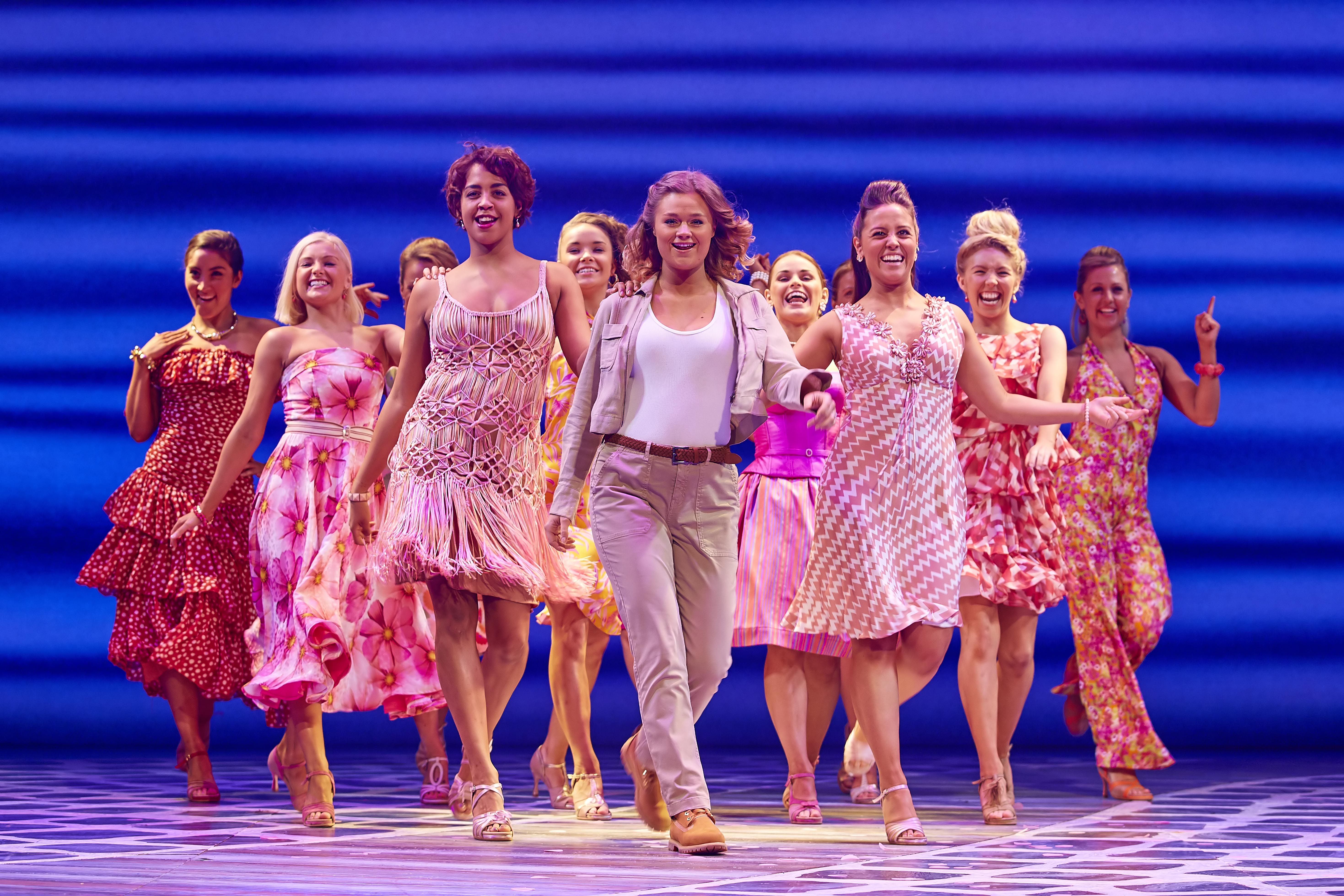 The thing about Mamma Mia that makes it irresistible is that it is just so joyful. All the songs are performed wonderfully, often hilariously, in an wildly over the top manner that just brings an instant smile to your face. Key moments include the very funny Chiquitita, where Rosie, Donna and Tanya camp it up a storm, ‘Does your Mother know’, which is totally turned on it’s head as the gorgeous Tanya fights off the advances of the much younger Pepper, and Lay All Your Love On Me, performed by a Greek Chorus of gorgeous men, wearing not much in the way of clothing, and flippers. If it sounds deliciously camp, then that is because it is. Totally glorious in fact. 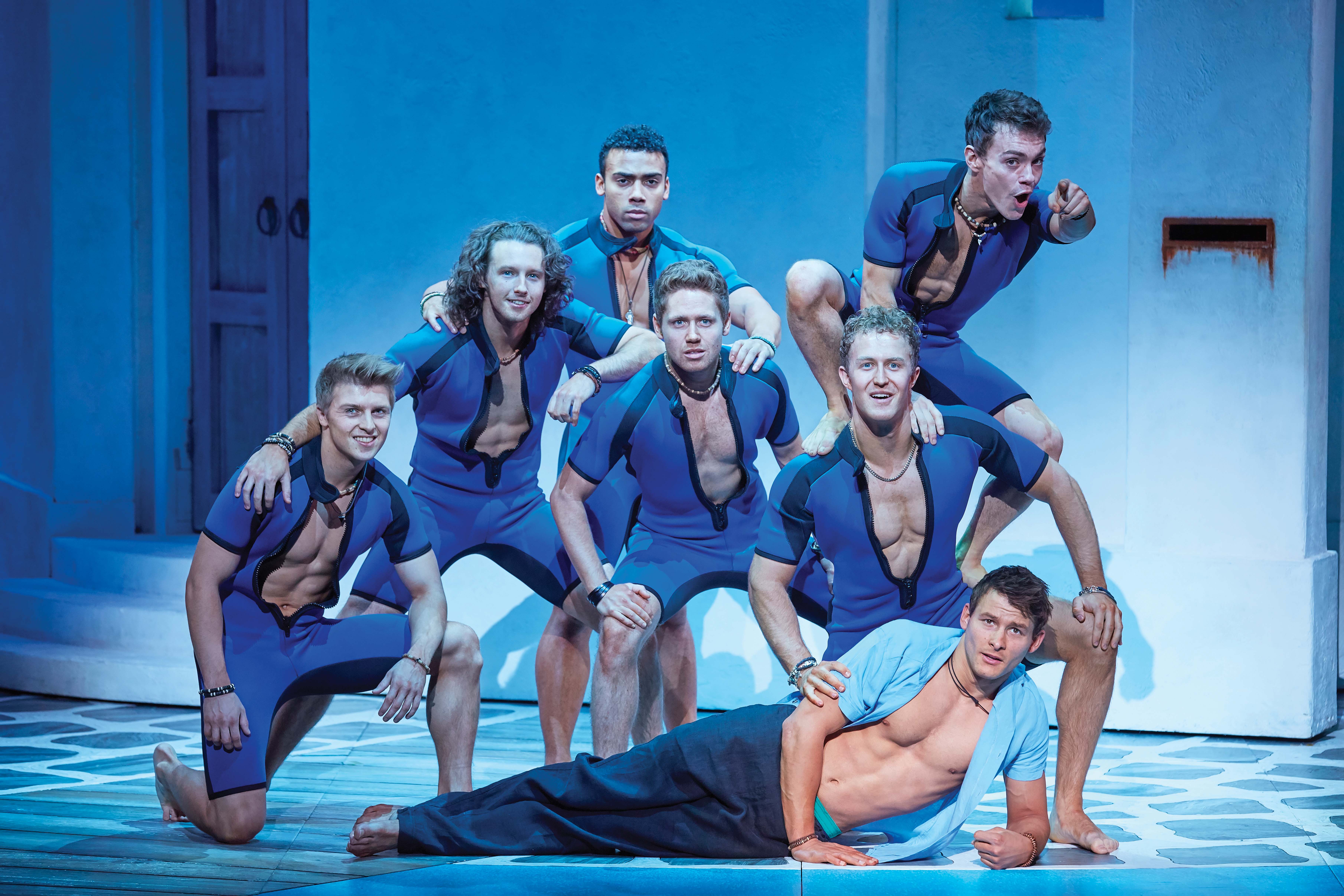 In terms of the performances, the whole cast are having the time of their lives. Lucy May Barker has a stunning voice and is gorgeous as Sophie, definitely one to watch. Helen Hobson is Donna. It must be said that acting wise, she is a great choice, but struggles with some of the vocals, talk/singing some of the key songs in a similar style to Meryl Streep in the hit movie. This does work well at times, ringing emotion into her musical numbers, particularly the heartbreaking ‘Winner takes it all’. More successful are understudy Rebecca Seale as Rosie and Emma Clifford as Tanya, who both shine in their roles, and steal a few scenes along the way. Jon Boydon, Jamie Hogarth and Christopher Hollis as Sam, Harry and Bill are all in fine voice, and contrast each other nicely (Donna sure has diverse taste in men), whilst Phillip Ryan as Sky and Louis Stockil as Pepper, add some charm and athletic virility to their roles. 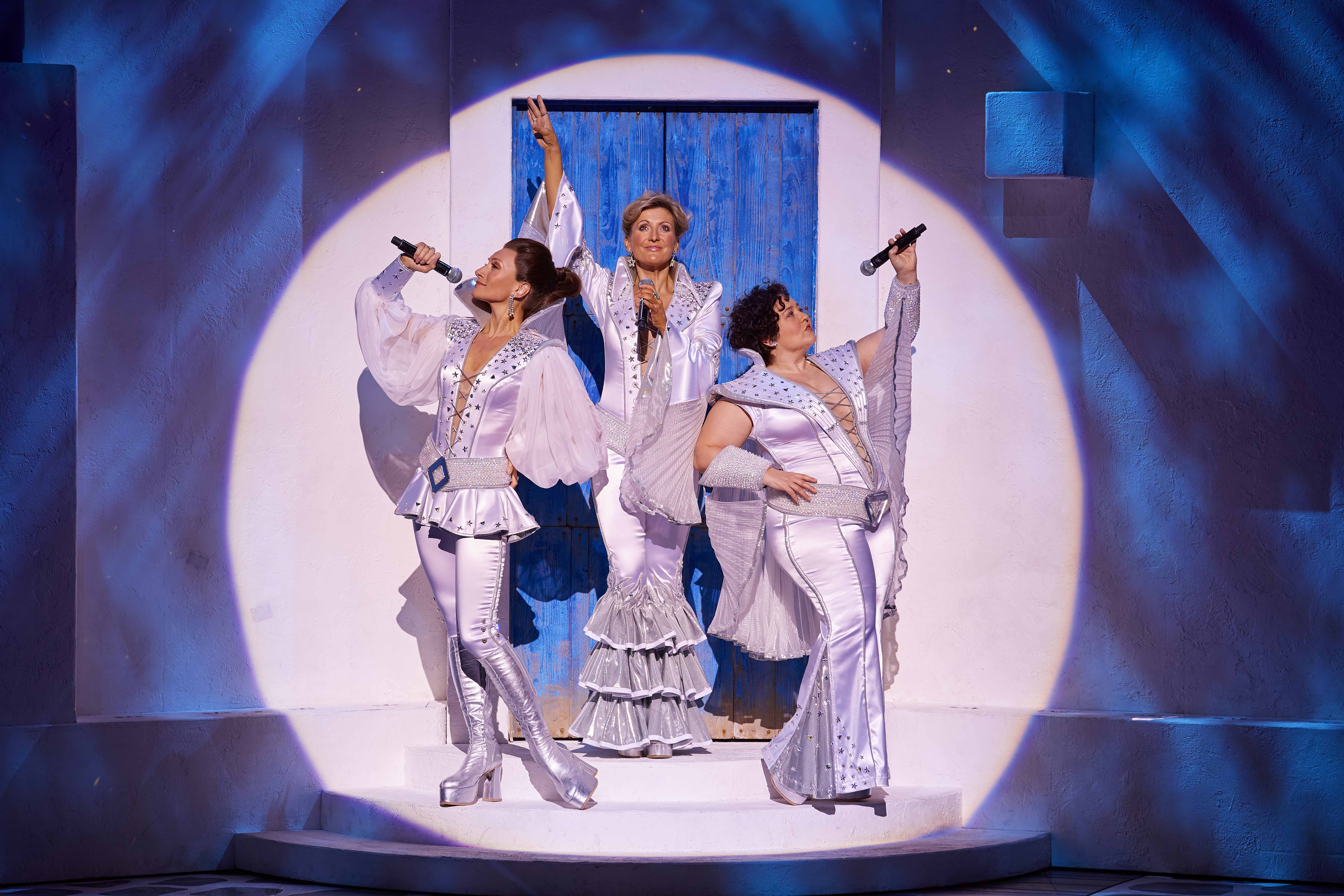 Mamma Mia is the ultimate feelgood, singalong musical, one that has now been delighting audiences for over 20 years, and certainly wowed Wolverhampton last night. If you love the music of Abba, and are not put off by the sight of spandex and platform boots, this is the show for you. Mamma Mia….I might just go again.