Sunday saw the MTV Movie Awards, with a host of favourite style savvy stars walking the red carpet. Kristen Stewart, Emma Watson, Leighton Meester and Blake Lively were just a few of  the fashion-forward stars that appeared at the event, which proved to be a bit of a fashion flop. Take a look at some of the outfits on display on the night.

Emma Watson was the best dressed star on the night, in not one, but two fantastic dresses. Proving that  white is still one of the hot shades this year, she looked beautiful in a Marchesa dress, that was both age appropriate and elegant. She then changed into a fantastic lime green mini dress by the same designer. 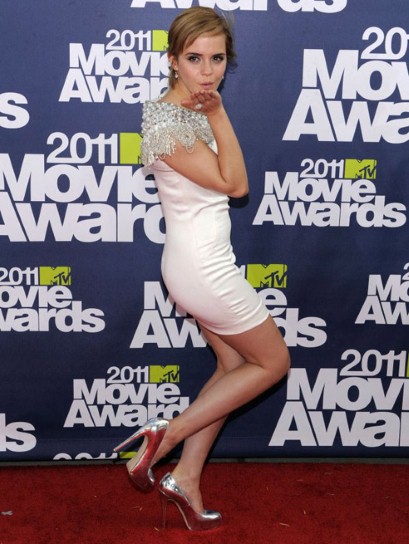 Emma Stone also looked great (must be something about that name…). She wore a black lace dress by Bottega Veneta and was back to her much more flattering red hair colour. This is such a flattering way to wear sheer lace.

Mila Kunis continues her good run of red carpet looks in Balmain, which proved to be the hot designer on the night. Mila wore her embellished Balmain skirt with a slouchy style top which proved to be a really cool rock chick looks. She accessorised with Justin Timberlake. 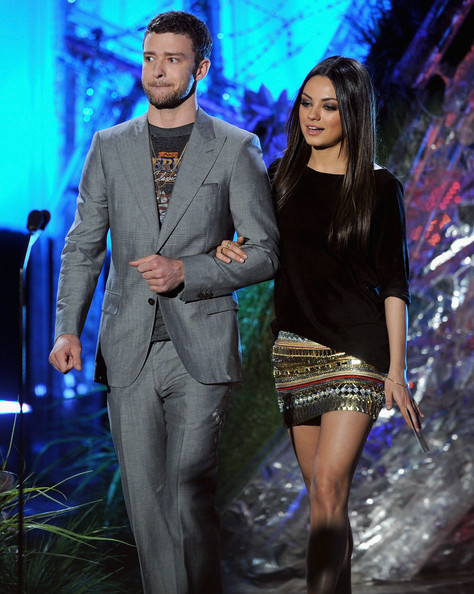 Blake Lively looked like an American Classic in cool Michael Kors. This showed off her amazing body to perfection. I loved the cut, the colour, and the surprisingly sedate length. This was style that didn’t have to try too hard. The only jarring point was the purple shoes, which took colour clashing a bit too far.

Leighton Meester in Balmain. I don’t hate the dress, if JLo had worn it I would be in love, but on Leighton it looks all too casual, a bit like the little girl who raided glam mommy’s wardrobe. A fashion fail.

Yes it’s a Herve Leger dress, which I am so bored with, but it’s the shoes that put her on the worst dress list. They look like two of Jim Henson’s muppets taking root on her feet. And as for the Oompa Lumpa legs, all I can say is..Amanda – step away from the Fake Bake! 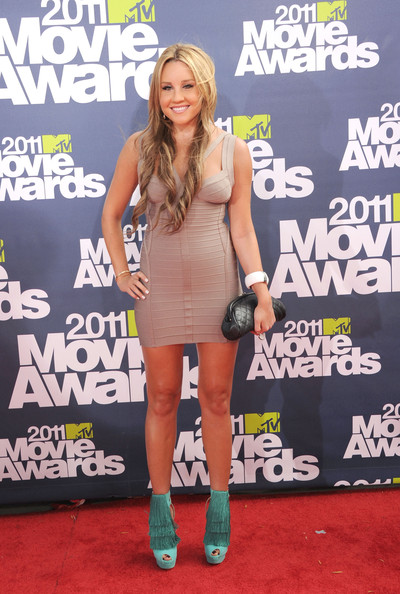 Kristen Stewart also sported Balmain, in a hot red mini dress. The problem is she always looks so uncomfortable in little dresses that I wish she hadn’t bothered. The dress is also just so-so.

Selena Gomez turned up in Giambattista Valli in an outfit that was just fine, for a summer barbecue. This just looked too daytime for an awards ceremony, even if it was for MTV. Still, it was cute and age appropriate, and may stop those who snipe that she looks more like the Bieber’s auntie than his girlfriend! 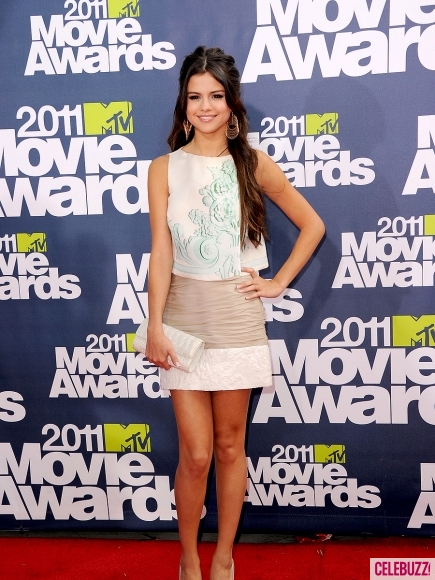 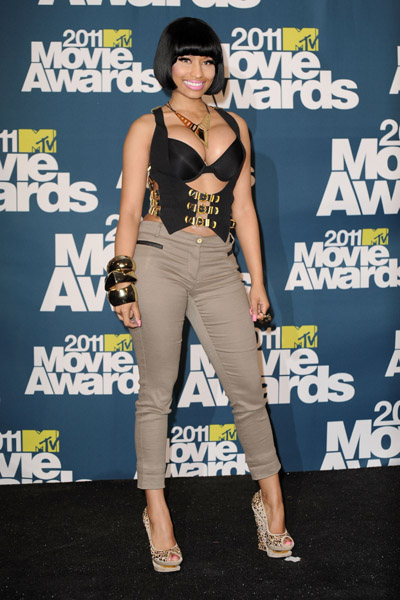