I’m a huge fan of the National Theatre’s productions, having reviewed many of them on this blog in the past including Jane Eyre and The Curious incident of the Dog in the nighttime’.The National Theatre is always a sign of quality, and their theatre productions are second to none, often thought provoking, sometimes totally thinking outside the box when it comes to sets and costumes, and always with a cast to die for. So it is a real treat to watch a new National Theatre production that was filmed on an empty stage during lockdown, and stars some of the brightest stars in the film and TV world. 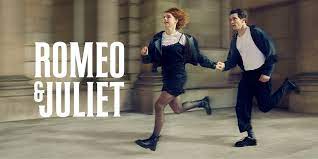 Romeo and Juliet is the classic Shakespeare tragedy, and one that has seen many incarnations on both film and stage, including the iconic Prokofiev ballet. There have been many Romeo’s and numerous Juliet’s, raging from those bordering on elderly for the roles of teenagers (Norma Shearer and Leslie Howard – both in their late thirties) to youngsters Claire Danes and Leonardo Di Caprio in the Baz Luhrmann version that breathed new life into the 16th century tale. 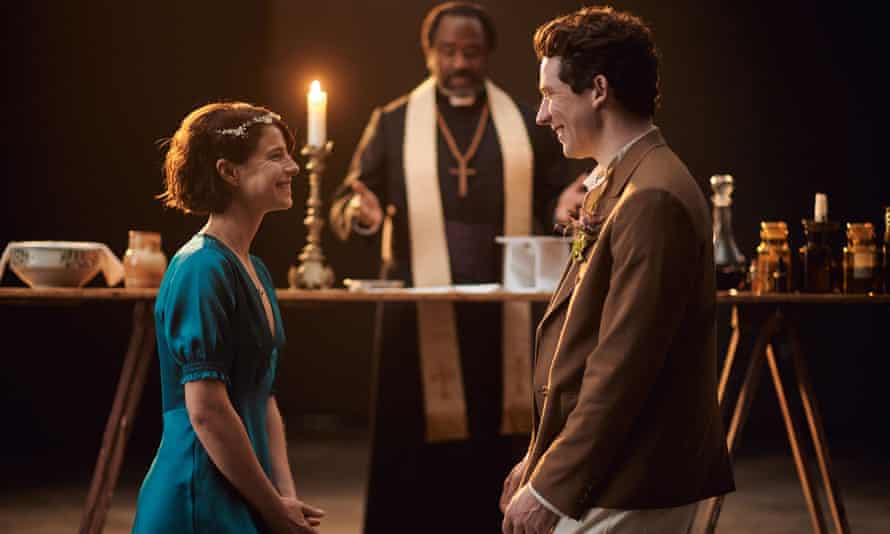 In the new, National Theatre version, the eponymous roles are played by Jessie Buckley and Josh O Connor. Jessie, who I’ve loved since The Last Post, and who was so wonderful in Wild Rose and Judy, is a stunning Juliet, all natural charm and feisty spirit, so engaging in the flush of first love, so rebellious in following her heart, and utterly heartbreaking as her dreams of love are destroyed. She is so well matched by Josh O Connor, who recently proved to be so impressive as Prince Charles in The Crown. His Romeo is everything he should be, a charmer and one of the boys, an ardent lover but one in need of being loved. In truth, he is just perfect. 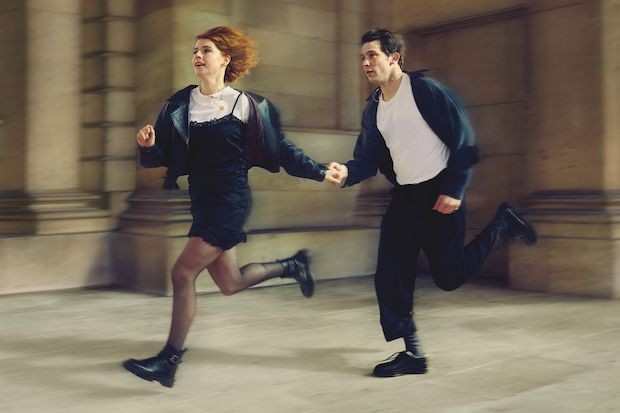 But it is not just the leads who are perfect. Tamsin Greig is absolutely perfect as an elegant Lady Capulet with a sinister edge it has to be said, whilst other members of the impressive ensemble cast include Lucian Msamati (His Dark Materials, Gangs of London) as the Friar, Cucumber’s Fisayo Akinade as Mercurio and David Judge as Tybalt. 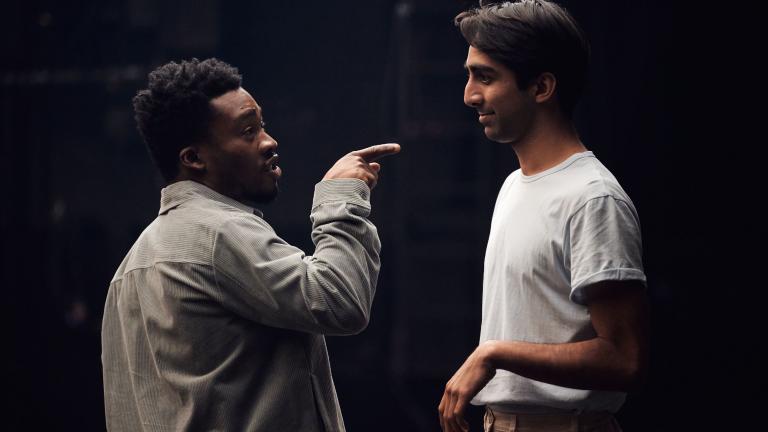 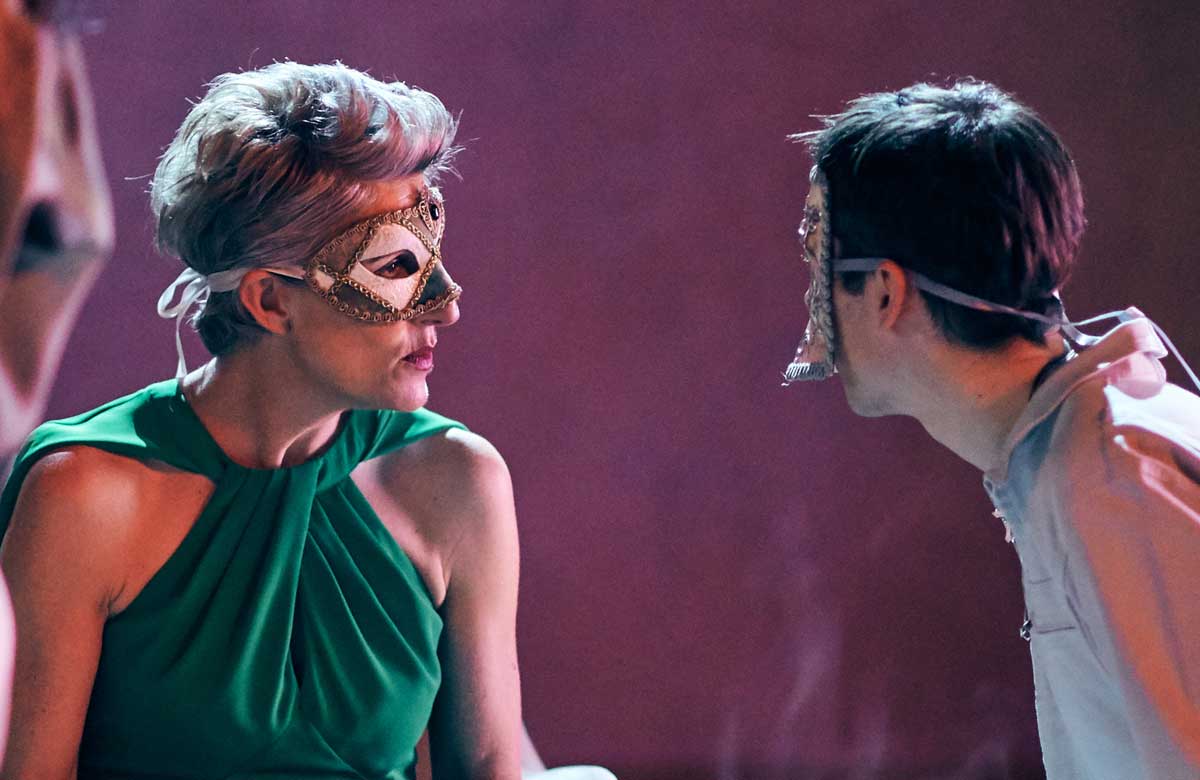 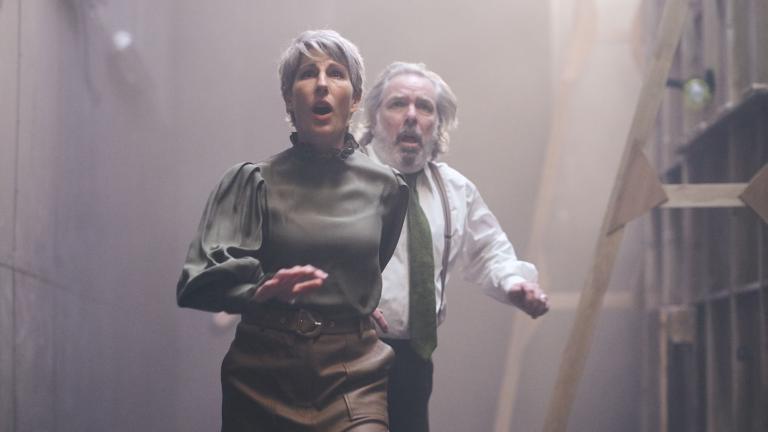 The costumes and sets are modern day, you always know that you are in a theatre, yet that doesn’t take away from the tension, and can often be beautiful, such as when the couple are encircled with flickering candles, a scene of real beauty. When Juliet takes the poison potion that will make her appear dead, she is surrounded by the cast, and this just adds to the eeriness of the scene, of her isolation despite being surrounded by people. 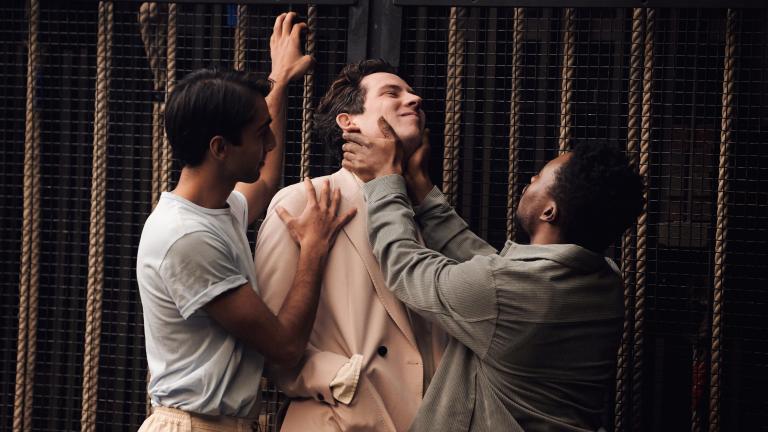 Romeo and Juliet is absolute perfection, a stunning achievement that is unmissable as a piece of television and theatre. It is available to view on Sky Arts.