The most amazing two weeks I can remember has now come to an end, and we are left with just wonderful memories. But what memories! And for fashion fans, there was a final, unforgettable treat with the reformed Spice Girls, and the stunning appearance of the British Supermodels dressed in an array of gold outfits which showcased the best of British design.

The Spice Girls whipped up a storm, performing two of my favourite Spice tracks – ‘Wannabee’ and ‘Spice up your Life’. All the girls looked fabulous and age defying, but Victoria was probably the pick of couture wearing a beautiful trained dress from Giles Deacon. Geri gave a cheeky nod to that Union Jack dress with a flag style bustle on the back of her strapless red dress. Mel B revisited the catsuit in a sparkly number from Zuhair Murad, whilst Emma Bunton looked like Bardot in a futuristic pink number which showed she is far away from being a baby. Mel C looked chic in a white catsuit that updated her sporty status in a most elegant way. 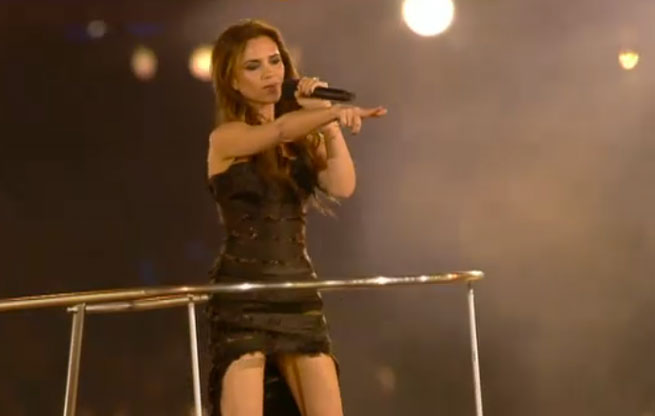 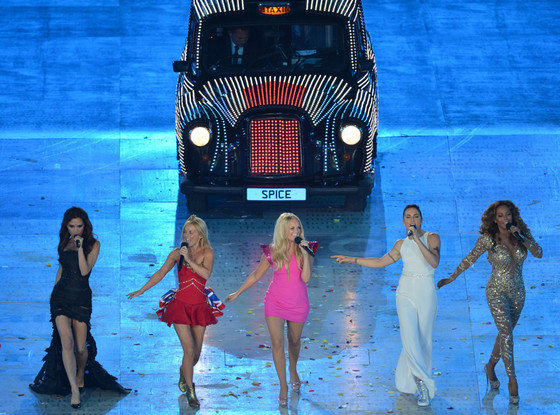 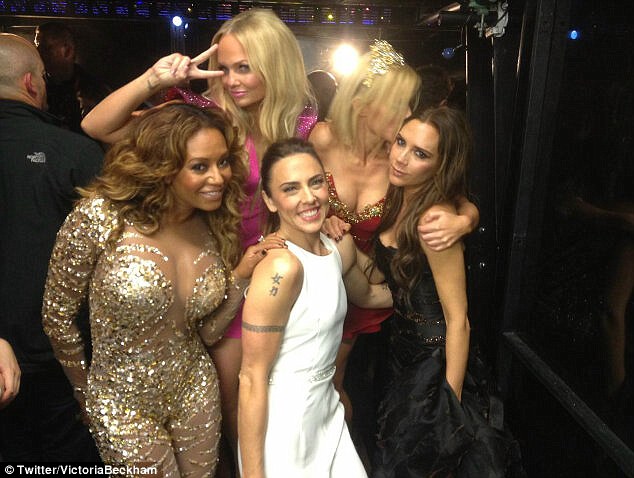 I must confess I squeled when I heard the strains of David Bowie’s fashion and realised the supermodels were on their way. A line up that included Kate Moss, Naomi Campbell, Karen Elson and Georgia May Jagger amongst its number, all dressed in the most exquisite gold outfits, was a breathtaking sight, and one which elevated the ceremony to the realms of fashion folklore. My picks were the ageless Kate Moss, who sparkled like an Oscar in Alexander McQueen, and Georgia May Jagger representing the new generation in Victoria Beckham. 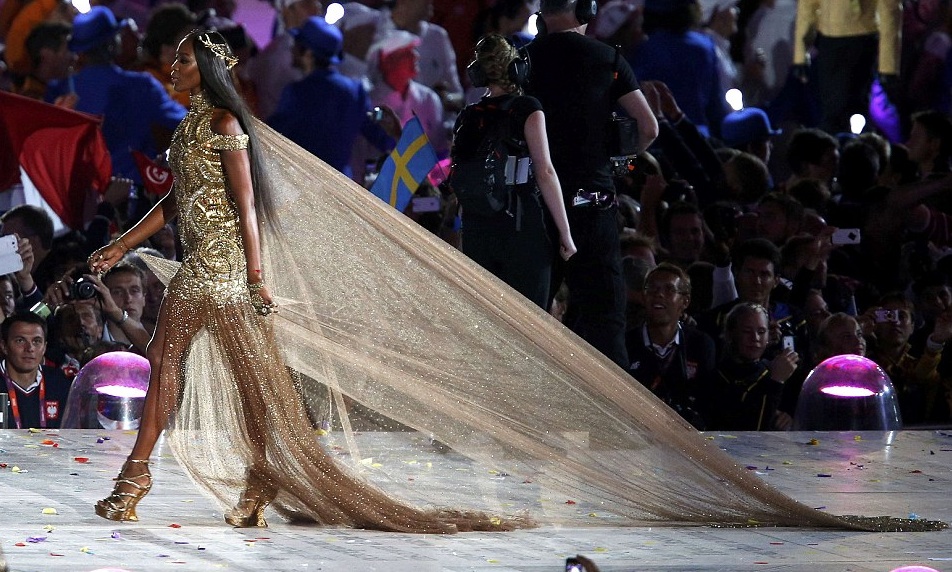 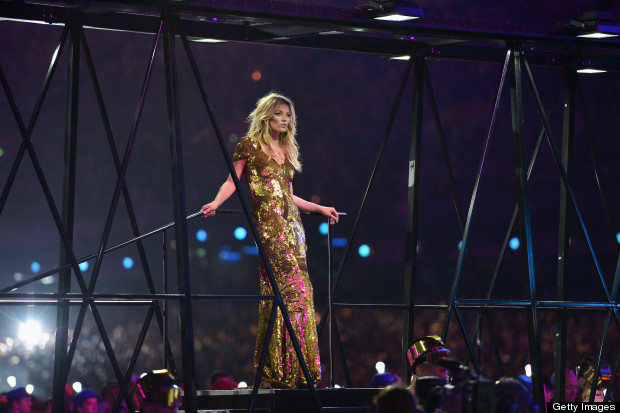 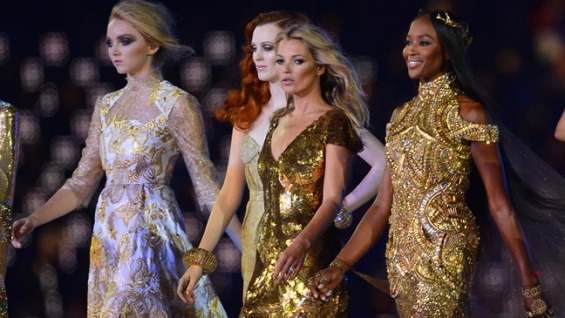 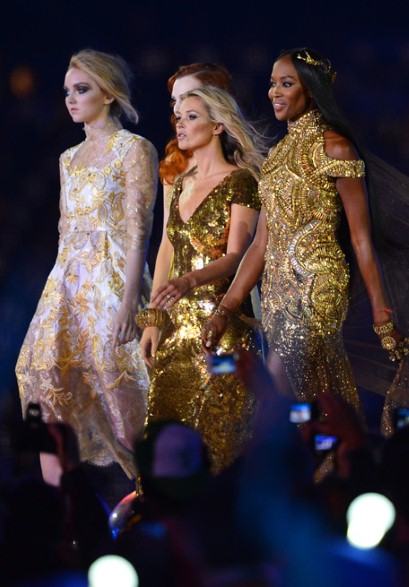 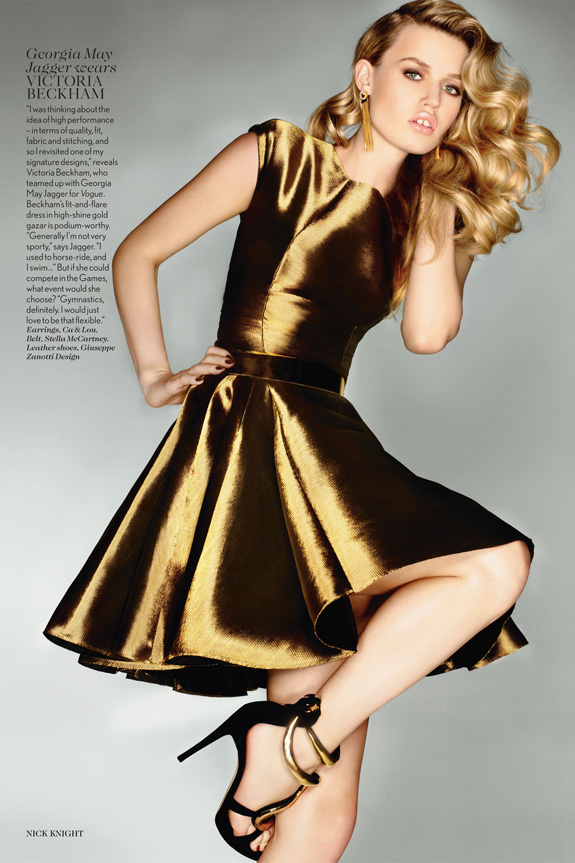