Almost two weeks since the Royal Wedding, and it’s  still all about Pippa! Pippa Middleton is finding that life will never be the same again as fashion magazines are crowning her as Britain’s newest ‘It’ Girl and Style icon  to watch. Here are some of the fashion news stories that surround the style of the youngest Middleton girl.

1. Pippa may just be Kate’s style inspiration. It has been reported in the press that the now iconic blue Issa dress that Kate wore for the engagement announcement had already been worn by Pippa previously, albeit in a red version. Pippa is known to be a big fan of Issa dresses and wore the red version before Kate’s big announcement. 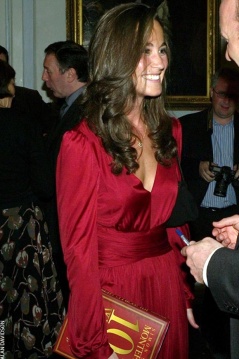 2. Cover  girl status. This week saw Pippa as cover girl on the cover of Grazia and Look magazine. This is leading to the bookies slashing odds on Pippa getting a Vogue cover before the end of the year. With Anna Wintour said to be enchanted by her, US Vogue is a distinct possibility. 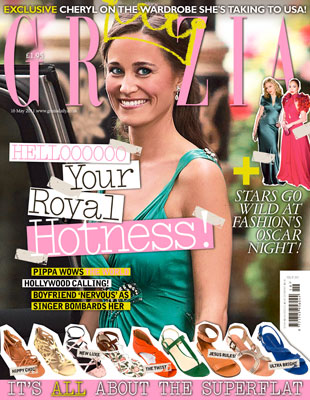 3.  The Pippa effect = High Street sell outs. Like Kate, Pippa is a fan of upper end High Street fashion. The smart blue Zara jacket that she wore at the Goring Hotel on the day after the wedding is already a sell out, as is the Modulo bag. With this in mind, a new M&S press release has been sent out after Pippa was spotted wearing a short, double-breasted navy trench from the Autograph range, priced at £89. I’ve just checked the site and stocks are running very low, indicating that the Pippa effect on fashion is as successful as her big sister’s! 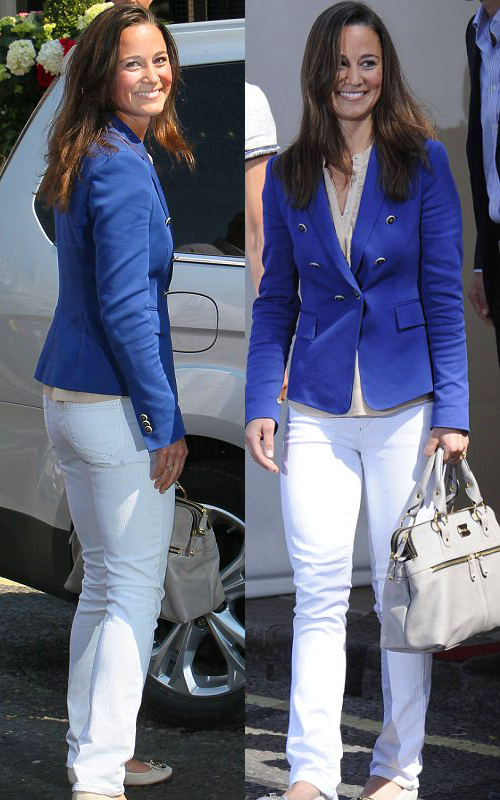 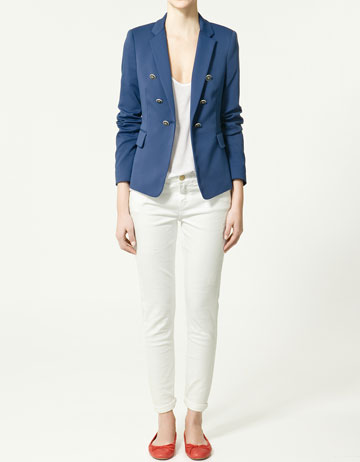 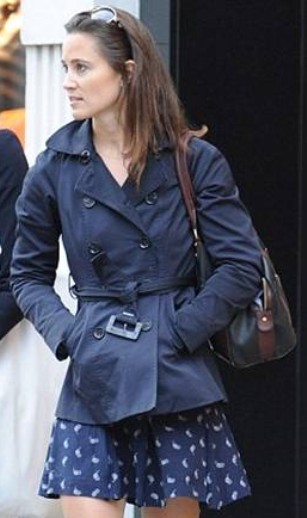 Yesterday, Pippa was pictured looking really summery wearing the lovely Talias dress from French Connection. This is bound to be yet another sell-out, from another of Pippa’s High Street fave stores. 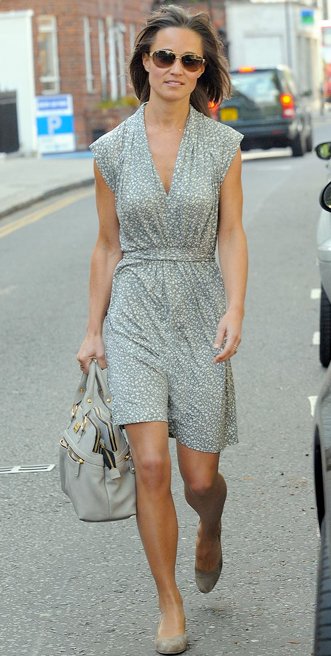 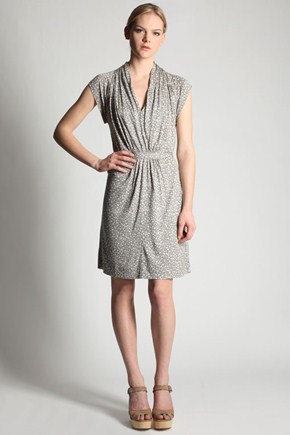 Fashion-Mommy is going to be taking a keen interest in Pippa’s style, which could be particularly exciting if she accompanies her sister on the tour of Canada in late June.