First I have to make a confession. I have never read the Joseph Heller classic Catch 22. Nor have I seen the 1970 film version starring Art Garfunkel and Alan Arkin. But I know all too well what a Catch 22 situation is – one where you just can’t win, where you’re damned if you do, and damned if you don’t, and this awesome piece of theatre, currently playing at the Birmingham Rep, perfectly illustrates this most frustrating of situations with style, humour and pathos.

The truly wonderful Philip Ardetti is Yossarian, a war weary bombardier in World War 2. He dreams of going home, but fears it will never happen. He has already completed 51 missions, and hopes to get to 55 and then go home. But home is something forever out of his grasp, as his Colonel, the despotic Cathcart, keeps increasing the number of missions he needs to complete, from 40 to 55, then 70. The play follows Yossarian as he tries to get out of the war, first through feigning illness, then madness and finally through sheer defiance. 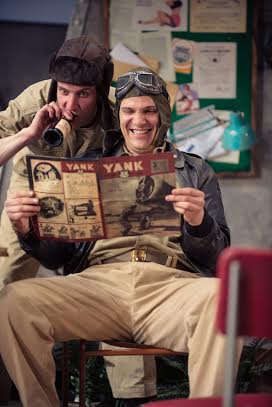 Yossarian is a memorable character, the pessimist amongst a group of optimists. No-one else really supports his position, they are either patriotically doing their duty, or are using the war to line their pockets through black market schemes involving eggs and Egyptian cotton. The play illustrates these facts, often hilariously, like in the scene with the chocolate covered cotton, and the explanation of how the ‘Syndicate’ makes profit from eggs from Sicily. But these scenes are balanced out with haunting reminders that many of Yossarian’s friends and colleagues are dying in the endless missions – highlighted perfectly through the silent walk through the swinging doors. 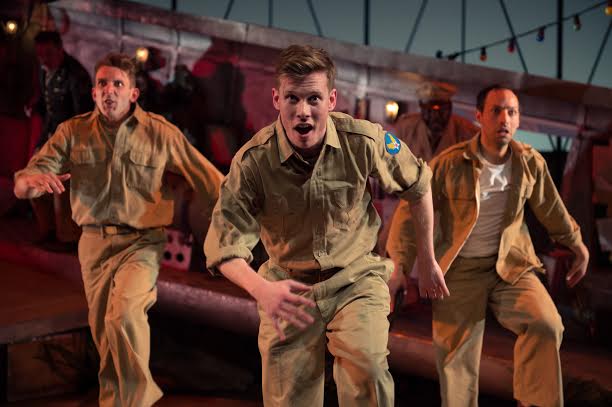 There are many standout moments throughout the play, the scene with the frankly insane psychiatrist was full of laugh out loud moments. I also loved the dance scene when Yosserian has said he will no longer fly – a Busby Berkeley style frenetic number complete with jazz hands, appearing light-hearted, but with an underlying sadness and horror. The amazing set also needs a mention, a world war 2 bomber that is always present – even in scenes where the airmen have been granted a pass – an ever present reminder that the next mission is always there. 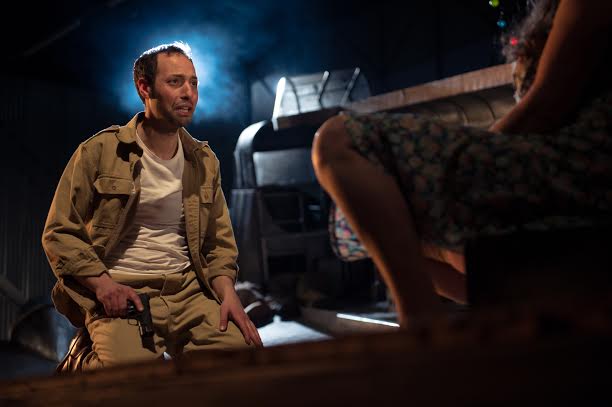 Catch 22 retains it’s powerful message of the futility of war more than 50 years after it was first published.  This play perfectly illustrates why – I can’t recommend it highly enough.

Catch 22 is currently touring the UK, and is at the Birmingham Rep until Saturday 24th May. Click here for ticket information.

2 thoughts on “Reviewed – Catch 22 at the Birmingham Rep”