Damn it Janet! Rocky Horror is back in town. The ultimate in cult musicals opened at The Alexandra Theatre last night, bringing with it its own unique brand of wicked naughtiness and outrageous camp . Richard O’ Brien’s Rocky Horror Show is a musical like no other, with an audience who heckle virtually every word, jump to its feet midway through to do ‘The Timewarp’ all the time enjoying every single mucky minute. If you’ve never been before and have wondered what all the fuss is about, it’s time to don your undies and fishnets, men and women, and go to check out the show. 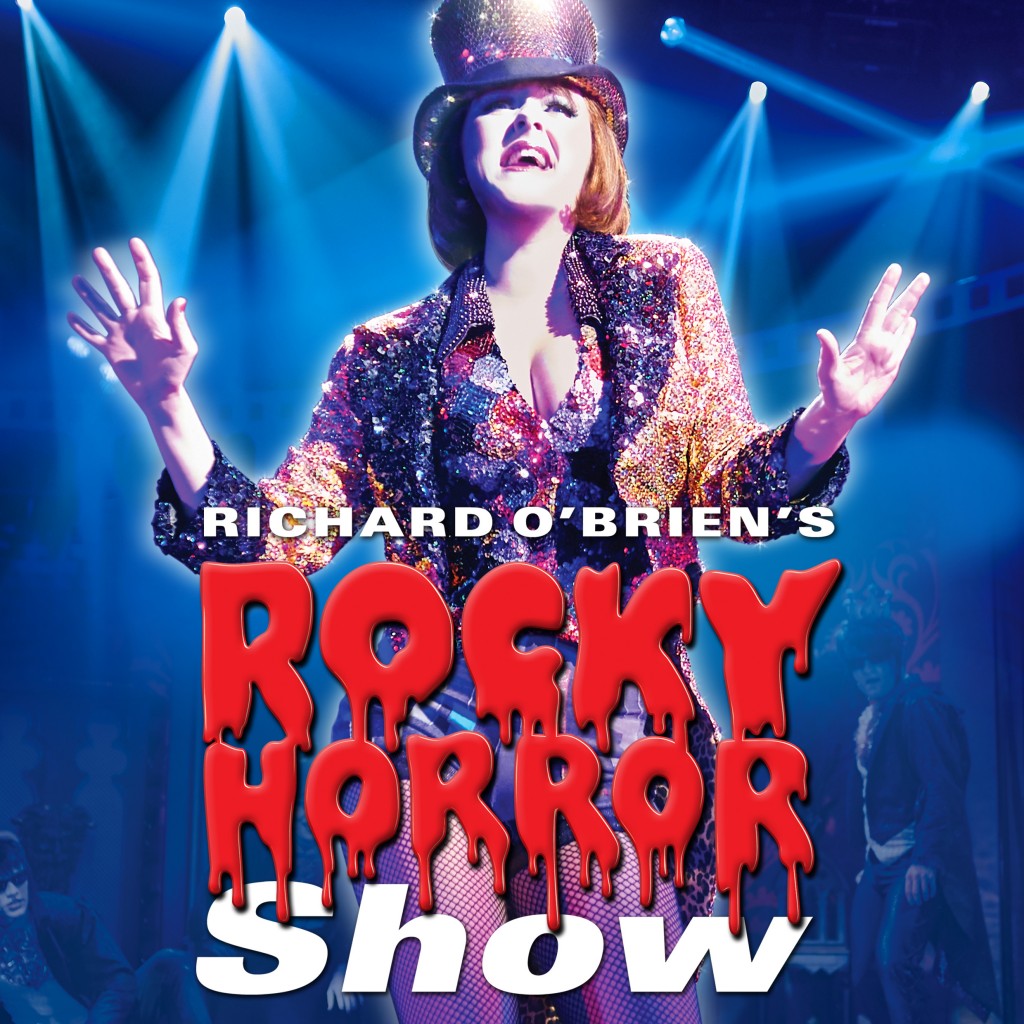 Based on those late night double features that played at cinema’s during the 1950s, The Rocky Horror Show is a pastiche on B Movies of the Science Fiction and horror variety. Squeaky Clean, All American couple Brad and Janet break down in the middle of nowhere on their way home from a wedding. They walk to the nearest property, which just happens to be a rather sinister castle housed by a strange motley crue that includes Riff-Raff, a butler/manservant, Magenta and Columbia. They just want to use the telephone, but when the head of the house, the tale, suspender and stocking clad Frank-N-Furter, makes an appearance, they are destined to be taken on a journey of sexual decadence from which they will never recover.

Former Strictly Winner Joanne Clifton, and A1 heartthrob Ben Adams play Brad and Janet beautifully, almost as if they have  emerged direct from the 1950s, all apple pie and ‘hi honey I’m home’. Clifton is just perfectly cast for the wide eyed, innocent Janet and her chemistry with Ben is often hilarious, with Adams totally sending up his heart throb persona as the geeky Brad. 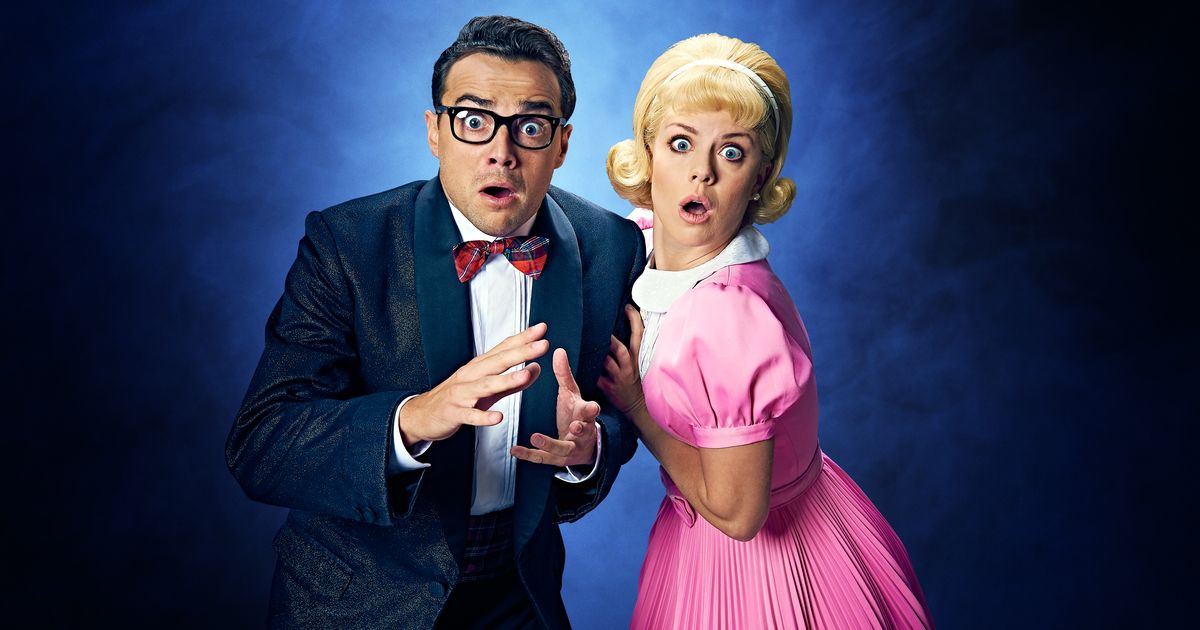 And then there is another pop heart throb, Duncan James from Blue, as a stunning Frank-N-Furter, totally vamping it up as the sweet transvestite from Transexual Transylvania. When he is on the stage your eyes are on him, his lithe movement and knowing vocals are memorising, and is his just so wickedly funny. James is ably supported by Laura Harrison as the slinky Magenta, permanently in a state of sexual tension, Miracle Grange as Columbia, a pocket rocket with an incredible high octane vocal performance, and the brilliant Kristian Lavercombe as Riff Raff, who leads the cast in the superb classic, ‘The Timewarp’. 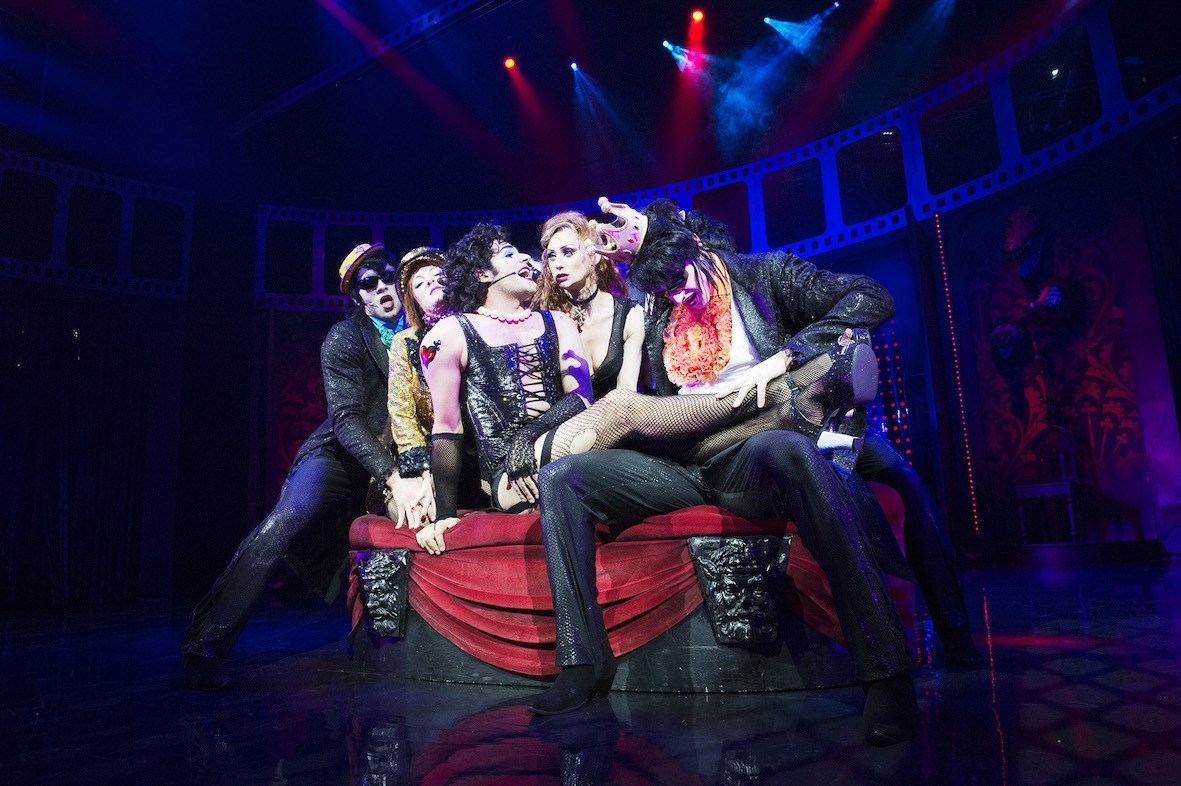 And then there is local heroine, Alison Hammond, as the narrator, faced with all those innuendos and the audience heckling. Alison proved she is perfectly able to give as good as she gets, with her hilarious retorts and off the cuff comments to the audience, I can’t think of anyone who would be better in this role, she is an absolute, priceless hoot. 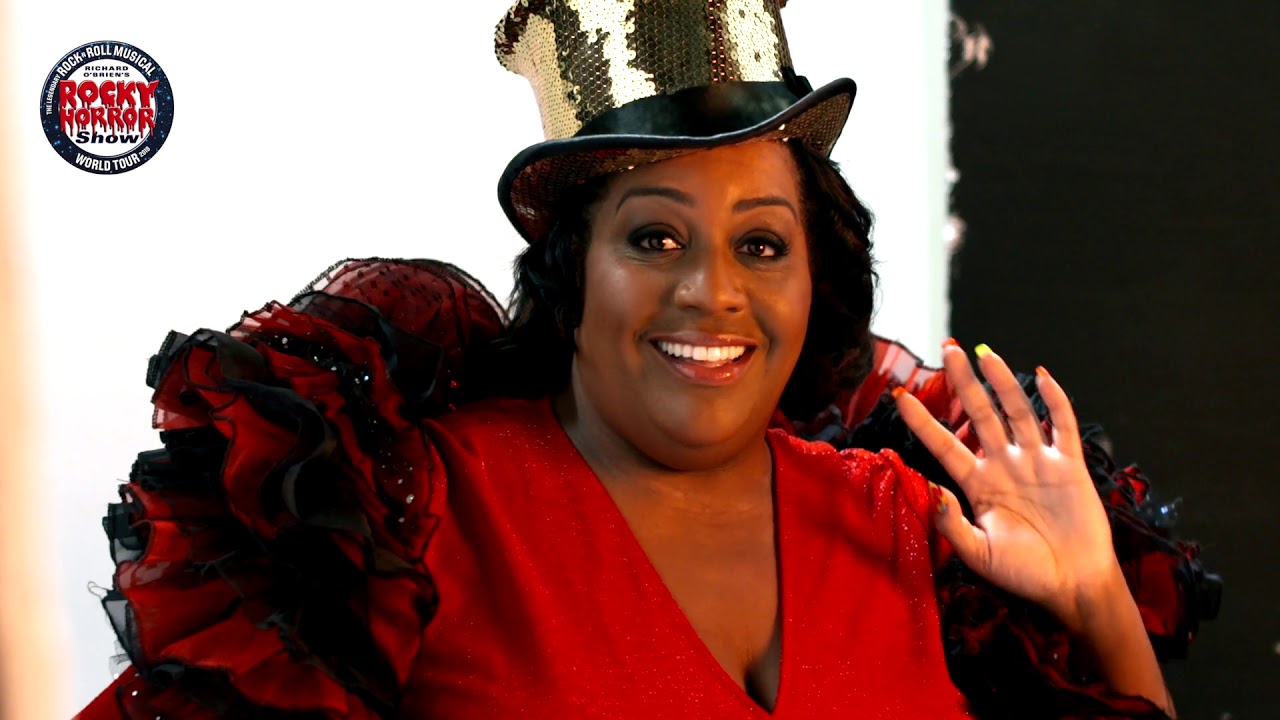 The Timewarp is a definite highlight, with the audience jumping to its feet, but there are plenty of other scenes to enjoy. The scenes of Brad and Janet in bed with Frank-N-Furter are super funny and rude and caused much hilarity amongst the audience. The unveiling of Rocky (Callum Evans – definitely one to watch, especially in leopard print underpants) and the eye-catching, scene stealing turn of Ross Chisari as Eddie, threaten to set the stage alight with sheer exhilaration.

Brash, vulgar and naughty, all in the worst possible taste and all the better for it, The Rocky Horror Show is something you should add to the bucket list and see at least once in your life!

The Rocky Horror Show at the The Alexandra Theatre until Saturday 25th May. Click here for ticket information and show times.