It seemed like a match made in fashion heaven, Sex in the City style icon Sarah Jessica Parker and Halston Heritage, the younger sister of the Halston brand, synonymous with Studio 54 and glamorous seventies style. But is seems that SJP and Halston Heritage have parted company after just 18 months.

This seems such a shame. I don’t know if Sarah Jessica Parker ever actually designed anything, or whether she really sat on the floor sewing sequins on hemlines, as she once said in an interview, SJP became the person who embodied the revitalised Halston – glamorous, ambitious and super smart. 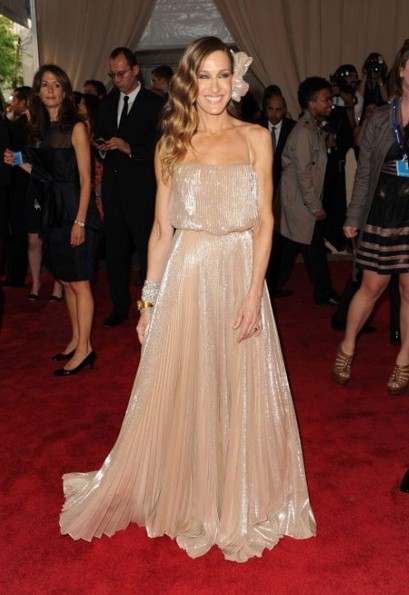 SJP was a fab brand ambassador for Halston Heritage, wearing the stunning designs to their best advantage at a whole host of premieres, award ceremonies, and on the promotion trail for SATC 2. She also wore a number of the dresses in the film itself, notably the white dress that appeared on promotional posters. 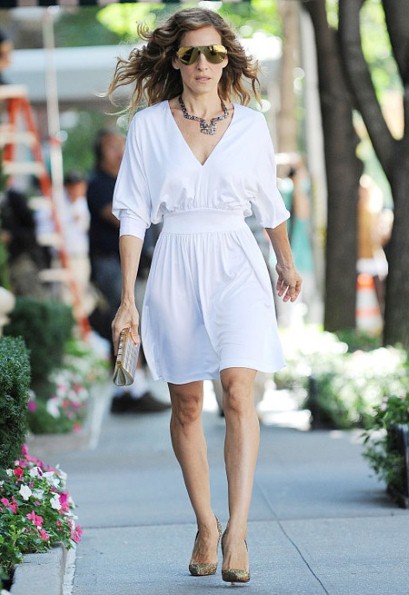 So what has happened at Halston? Nobody is talking, but the CEO Bonnie Parker left earlier this year. SJP was close to Parker and  there was speculation that she would leave. It seems that SJP’s contract may simply have not been renewed after it expired.