It’s that time of year when I sort out my clothes, Joe’s toys and books in order to have a cull in preparation for Christmas. I try to be ruthless with my sorting, and, when I am finished, I donate all the good but now unwanted stuff to my local charity shop. It is a win-win situation in my view, I am able to make extra space for new things that will be arriving with Santa, and know that my donation is going to a good cause. But have you ever wondered how your donation to Charity helps people – where your money goes and what it actually does? Oxfam are giving you some of ideas with their latest campaign which is called ‘Stories of Hope’. Today I’m going to share Qassim’s story,

Qassim Daoud is a barber. He lives in Husseini Village in Eastern Iraq. His barber shop is his passion and he had worked hard to build up his trade. But in 2014, life took a very dramatic turn. An attack on a nearby province saw an influx of people arriving in Husseini Village, seeing his already popular barber shop now over run. Kurdish Police became suspicious of him, and he was arrested and thrown into jail. He was later released, but returned to his village to find that his beloved barber shop had been completely trashed. All his barbering equipment had been stolen. Many people would’ve been destroyed by this action. But Qassim was made of sterner stuff. He found another property to use as a salon, and started all over again.

Rokam Hamoud cuts a customer’s hair in his barber shop in Husseini. The shop was looted by ISIS in 2014, but support from Oxfam has helped him to rebuild the business. Phot Credit Tommy Trenchard.

He says “…When Oxfam came, I reopened my shop. Oxfam provided me with money…They helped me buy everything in my shop. I bought chairs, the mirrors, the machines, the creams, everything actually. My barbershop is a small shop but I like it…I love everything about it…” 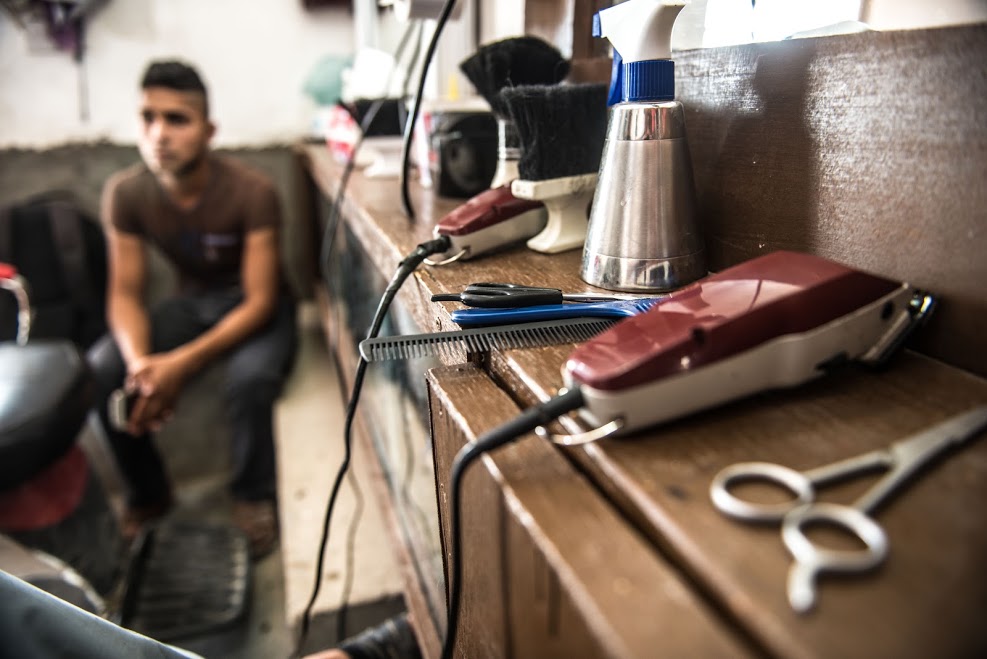 All over the world, there are people like Qassim, struggling to rebuild their lives in warzones and villages decimated by the effects of war, you can help by making a donation that could provide urgent support to families in incredibly vulnerable situations.

As you prepare for Christmas, maybe you could add a donation to Oxfam to your gift list.