Chadwick Boseman posthumously won the best actor award at last night’s virtual Golden Globe awards for his haunting, brilliant role in his last film, Ma Rainey’s Black Bottom. I watched the film last week and have to say it is one that stays with you long after the closing credits for its haunting ending and brilliant performances. It was not what I expected if I’m honest, I thought it would be a breezy, jazz age piece with lots of music and laughter, instead it was a claustrophobic, haunting story of the discrimination that existed in 1920’s America, even when it was linked to a big star like Ma Rainey was, and how black people struggled to transcend what was considered their ‘role’ and their ‘place’ in society. 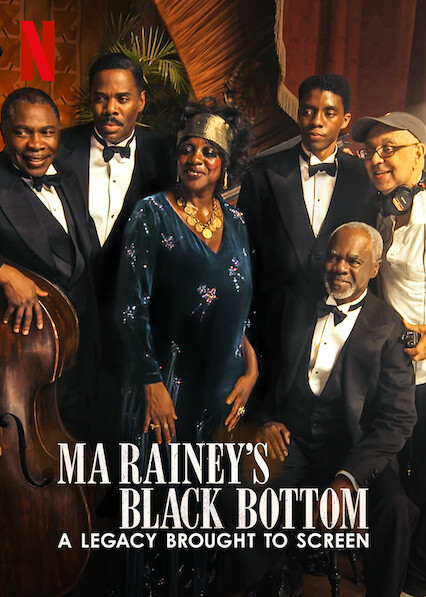 Ma Rainey was a huge star in the teens and 20’s of the twentieth century. She had a brilliant voice, a real stage presence, a massive audience and instantly recognisable songs. But in 1927, when the film is set, her time as the biggest star around was in its final throws as music styles were beginning to change from the early blues sounds she was famous for. This film echoes this, all set during a tense recording session where Levee Green, her bands maverick trumpet player, played so brilliantly by Boseman, clashes with Ma (a brilliant Viola Davis, she’s never been better) over the arrangement of her signature song ‘Ma Rainey’s Black Bottom’. Ma wants it to be recorded as it always has been, Levee thinks she could reach a new audience with his new arrangement. Ma gets her own way, much to the frustration of Levee, and then compounds issues by insisting that her nephew Sylvester, who has a stutter, should say the opening lines, leading to take after take. 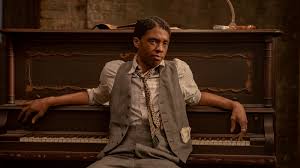 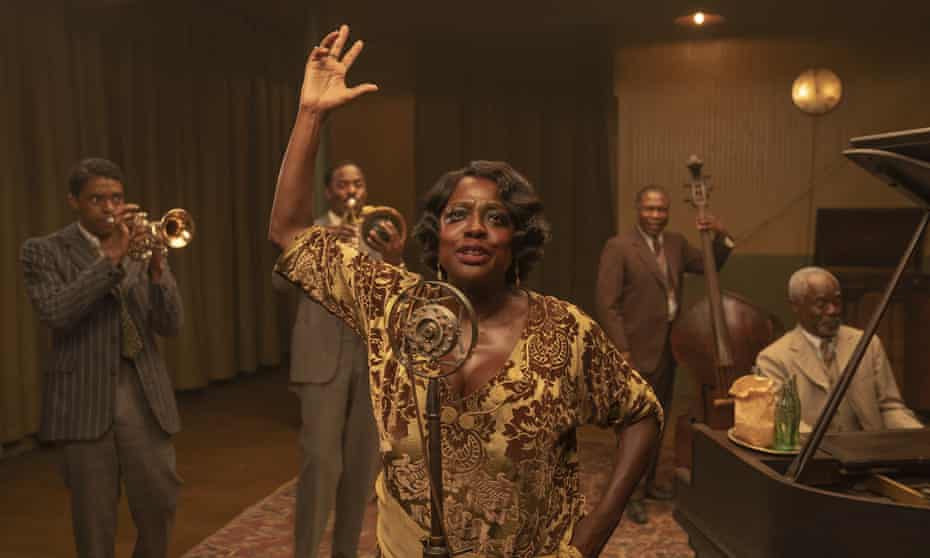 Tension is key to this film, from the frustrations of the band when they wait for over an hour for Ma to appear, to the issues when she won’t sing because the management haven’t provided her Coca Cola, to the bands frustrations with Levee’s insistence that they try his arrangement. The time waiting around is spent discussing devastating personal stories of discrimination and loss and ultimately leads to the horrific conclusion of the film. 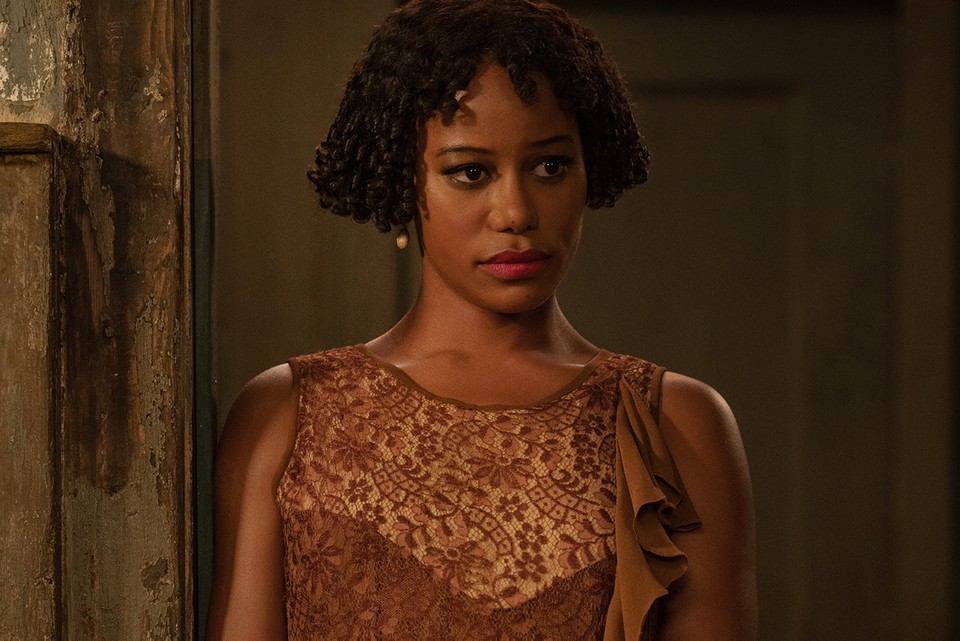 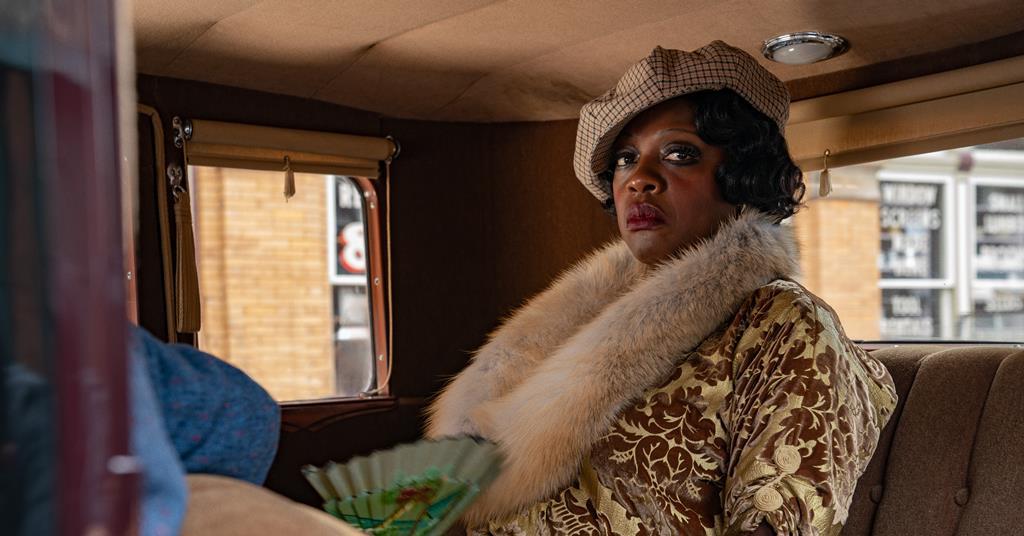 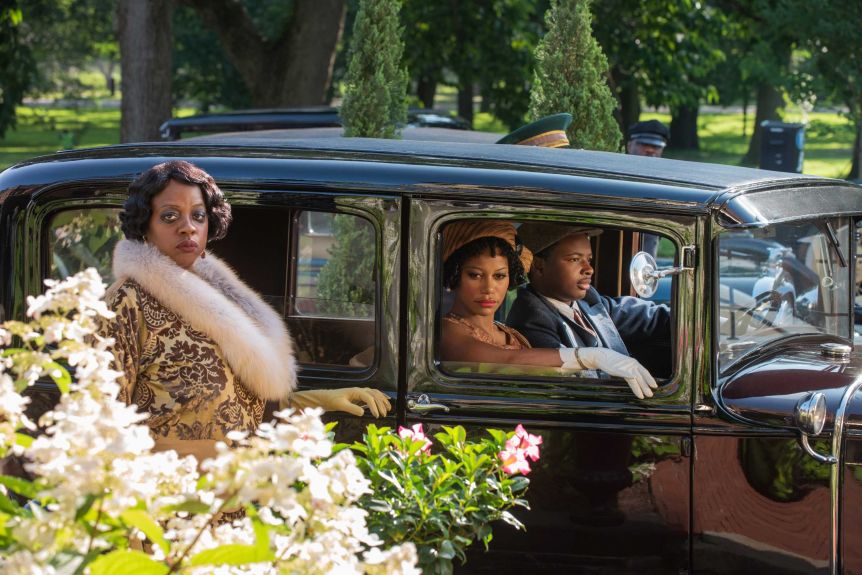 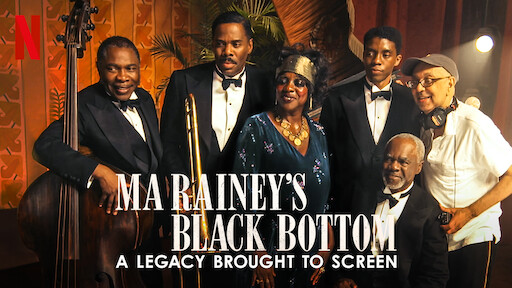 Despite the bleak ending, Ma Rainey’s Black Bottom is a stunning film to look at. The real Ma Rainey was a style icon, famed for her beautiful clothes in velvet and fur, known for her love of feathers and sequins. The film reflects this wonderfully, as Ma and her girlfriend Dussie Mae are opulently costumed against the bare set of the recording studio.

You can currently watch Ma Rainey’s Black Bottom on Netflix.