It was merely by chance that I discovered there was an Agatha Christie movie from the 1970s that I had never seen, in fact, never even heard of. A tweet from Talking Pictures announced the showing of a 1974 version of ’10 Little Indians’ that was made with an all star cast that included Oliver Reed, Stephane Audran, Elke Sommer, Richard Attenborough and the French singer Charles Aznavour. Retitled ‘And then there were none’ this was not a Miss Marple or a Hercule Poirot movie, but the tale of 10 strangers all brought together by a mysterious U N Owen. Each has a secret, they were involved in a death and someone is determined they will be brought to justice and will not leave alive. 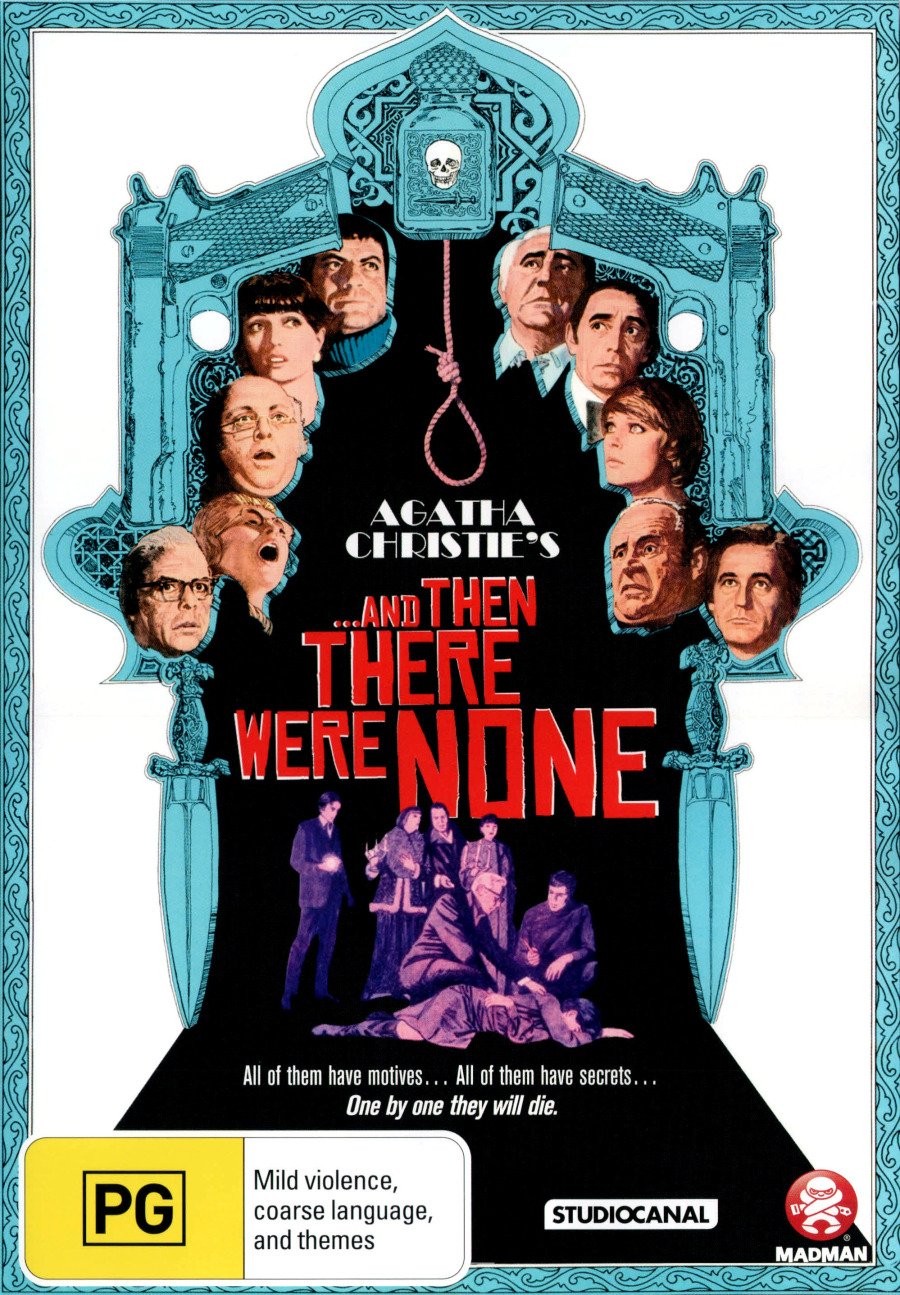 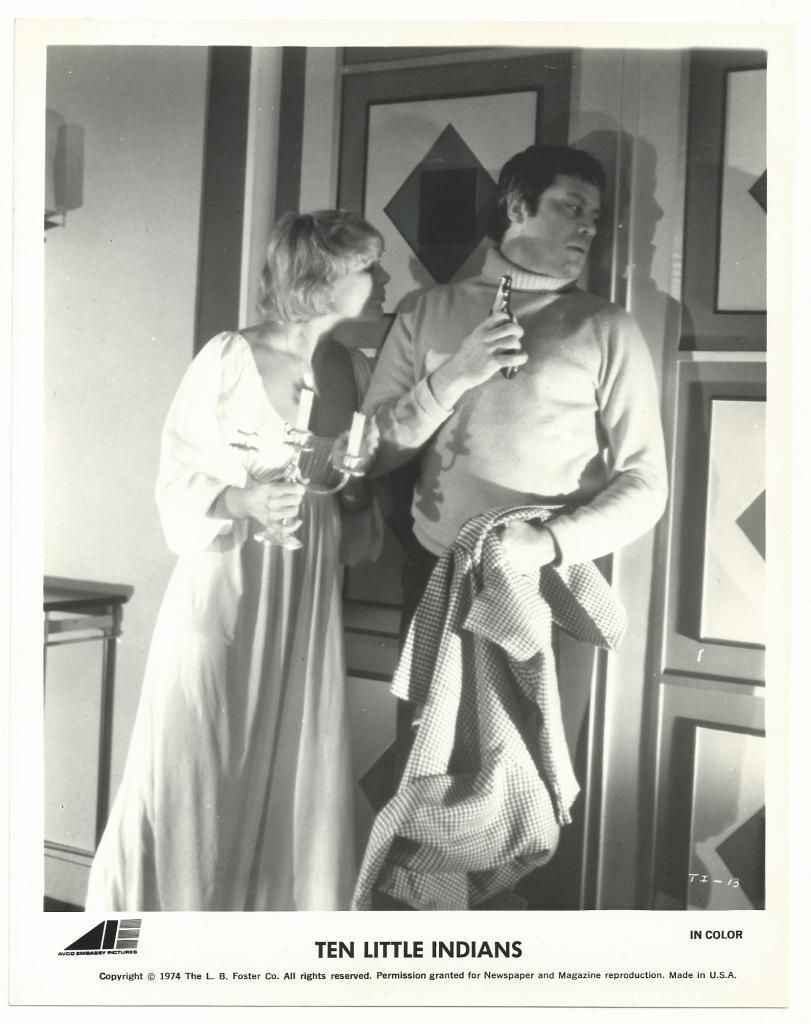 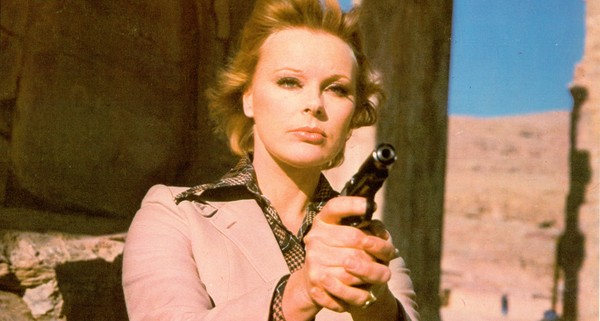 Agatha’s story was written in 1939, but this movie version was set very much in the 1970’s, and moved the action from a mysterious Island, to somewhere in a desert location (I think it may be Iraq). The all star cast are some of the most famous faces of the 70’s, and the story does have some changes that may upset those who love the original story, although I think they are clever and other a satisfactory alternative to the original tale. 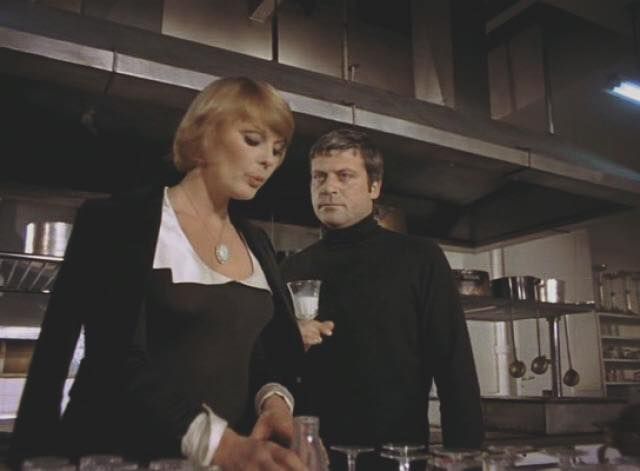 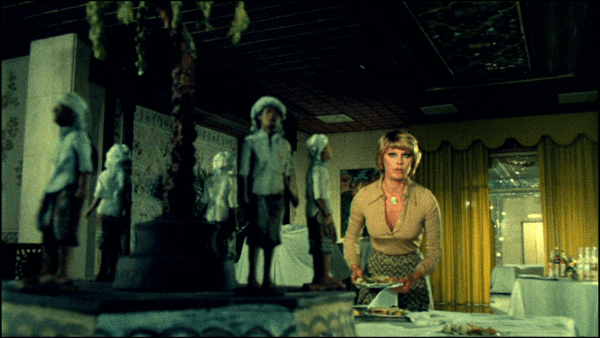 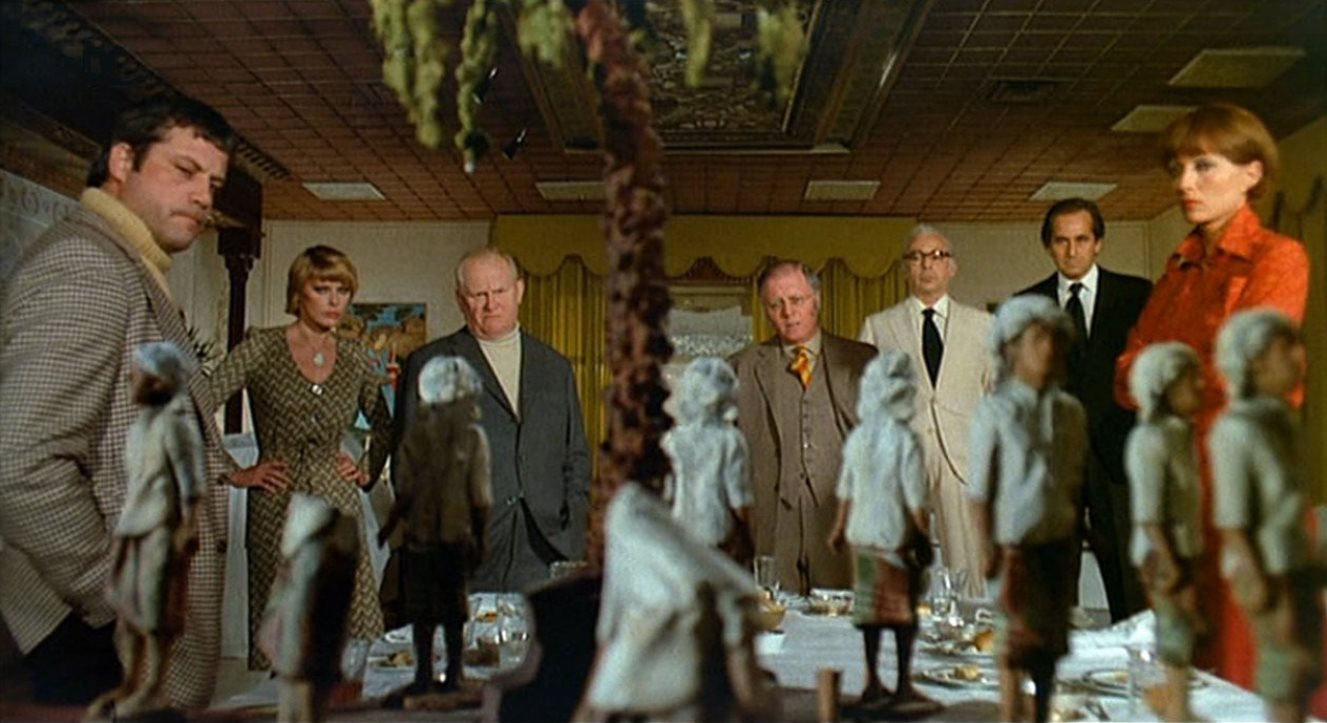 In the latest edition of Vogue there is a look back to the 70’s fashion inspiration that we can get from films like Klute, Mahogany and Network, but I think the style on display in ‘And then there were none’ is equally impressive and definitely worth a look. Stephane Audran is sleek and elegant in her long black evening gown that is very Halston in style, whilst Elke Sommer is stunning in her red coat and turban, and really doesn’t put a stylish foot wrong with tuxedo style jackets, crisp black shirts, even in a 70’s trouser suit with obligatory flares. 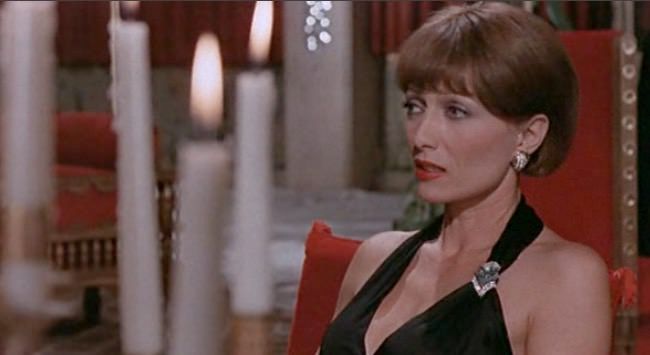 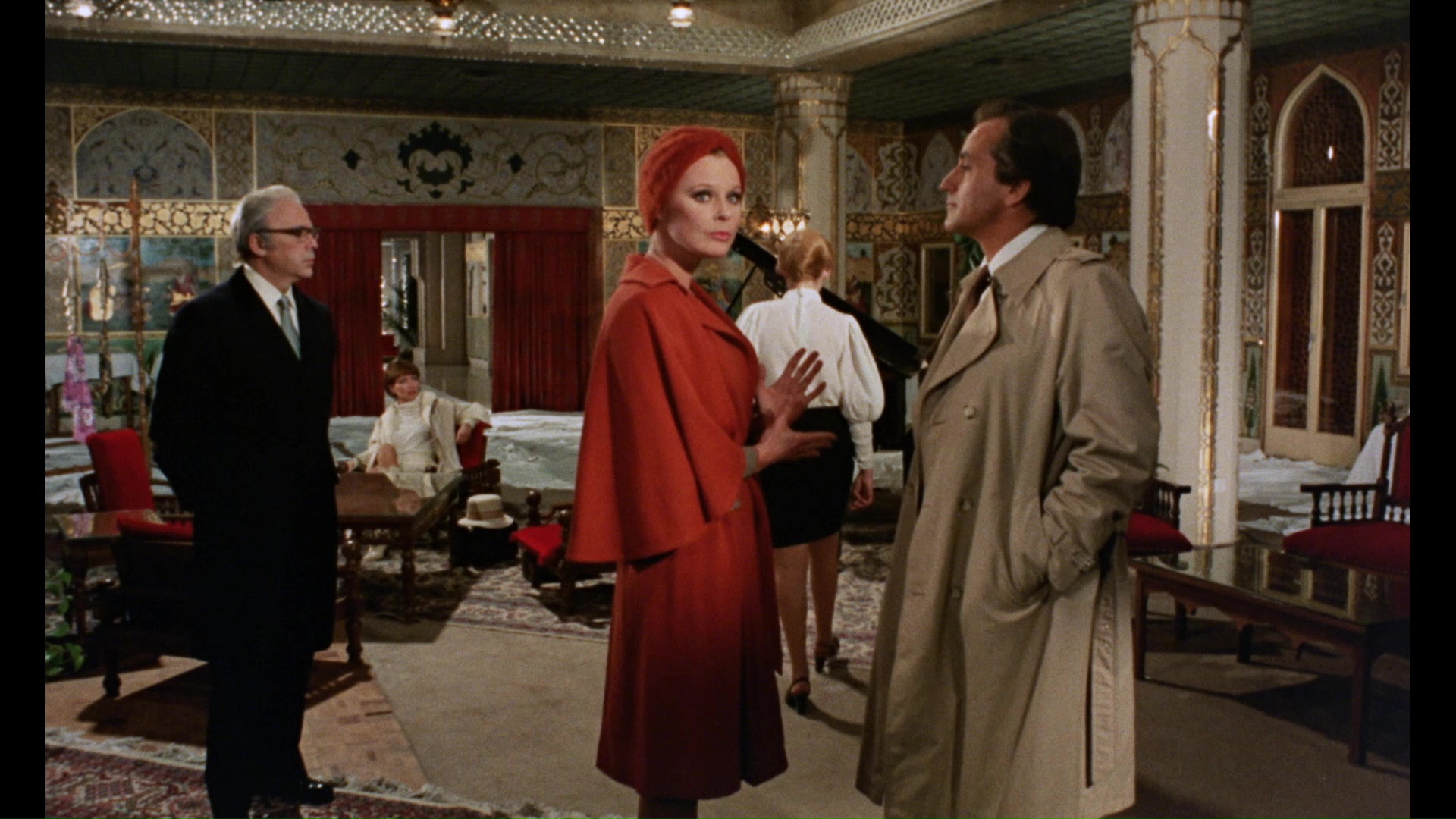 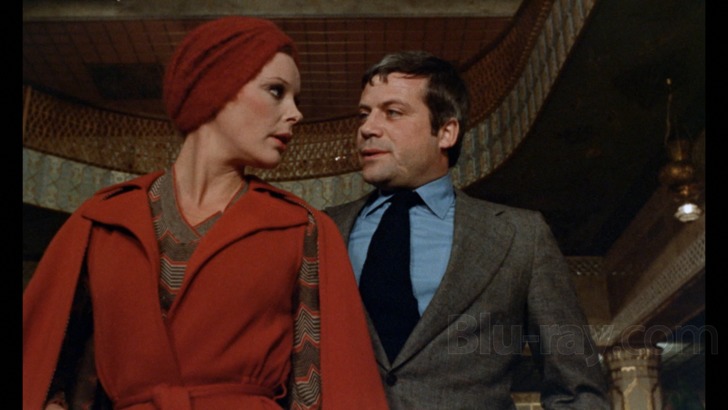 A special mention also has to be given to a rather gorgeous Oliver Reed, who plays the role most akin to a hero in the film, and showed just how lovely and talented he was at his peak. 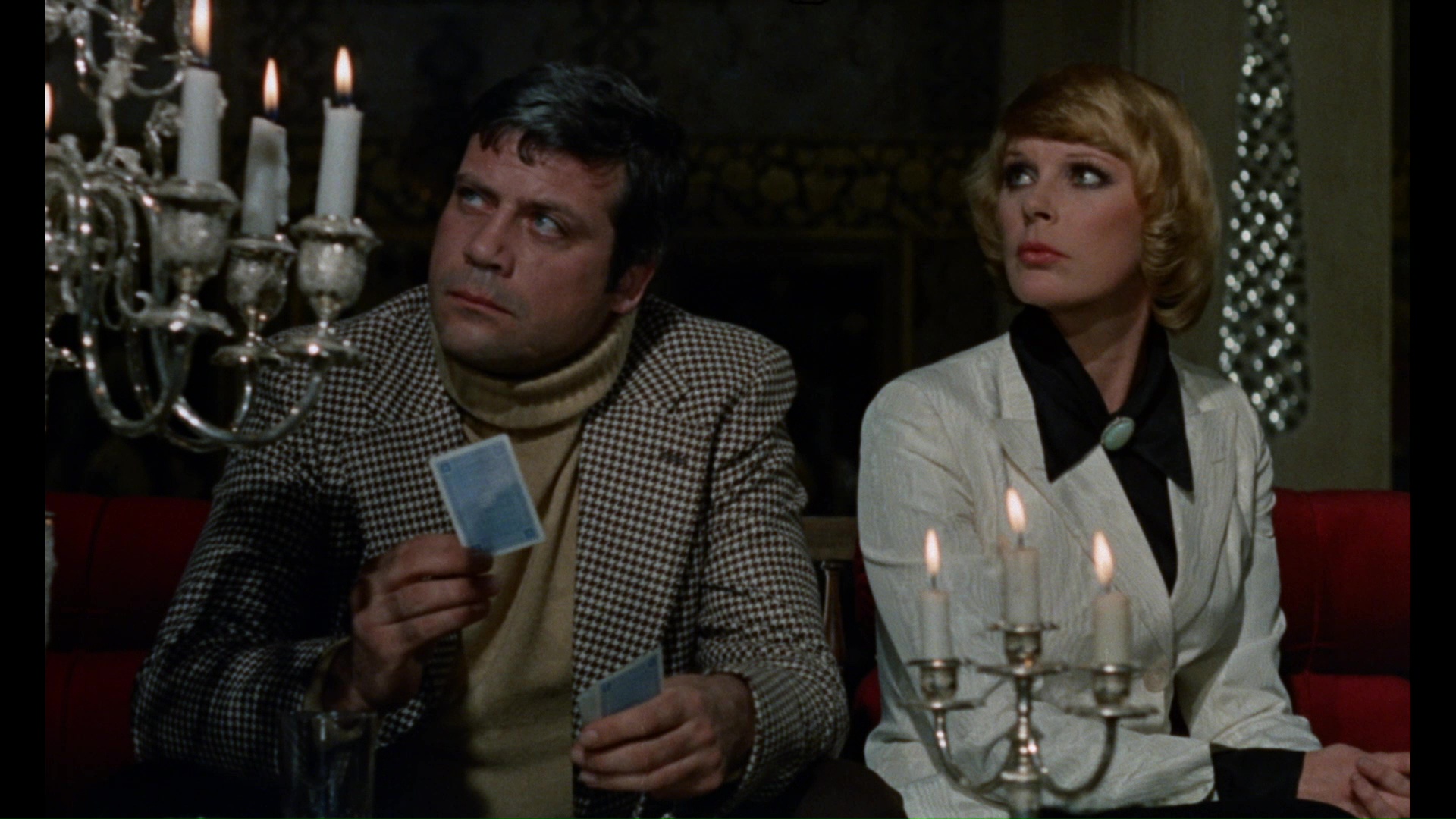 Check out the schedules for Talking Pictures to see what other little seen treats are coming up.