2020 has been a year where I have watched new versions of old favourites. A couple of weeks ago it was Murder on the Orient Express (2017), which I really enjoyed. Last week I took the plunge and went to see the new, Netflix version of not only one of my fave films, but also one of my fave books. The 1940’s version of Rebecca, directed by Alfred Hitchcock is an absolute triumph, a gothic thriller that at times borders on horror, with sublime performances from Joan Fontaine, Lawrence Olivier, Judith Anderson and George Sanders. I don’t actually know how many times I have watched it, but I absolutely adore the movie, it can do no wrong for me. So how would the modern version fare? 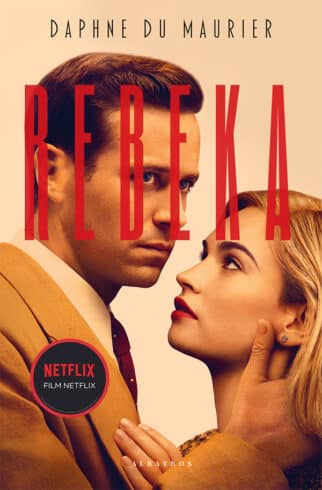 Well, I have to say, I really enjoyed it. It is beautifully shot and very atmospheric, with real detail paid to the costumes,which are gorgeous throughout. Lily James is wonderful as the second Mrs De Winter, although maybe too beautiful to think she would be so much in Rebecca’s shadow, whilst Arnie Hammer is handsome and solemn as Max. Kristen Scott Thomas is perfect as the obsessed, creepy Mrs Danvers, bringing a real, quiet menace to the role. 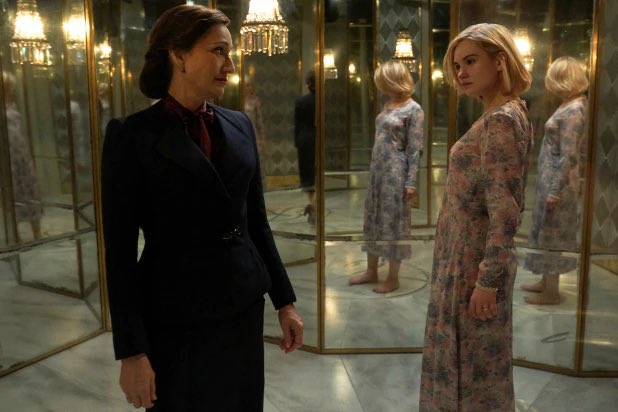 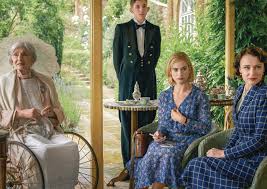 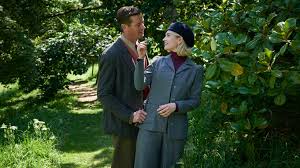 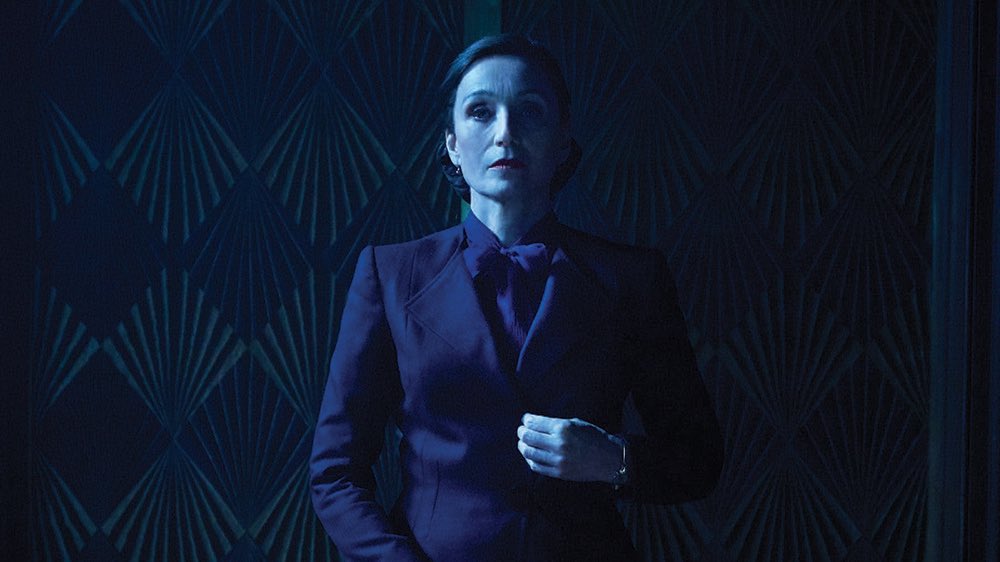 The film does lack some of the menace and shadows of the Hitchcock version, although the colour photography is lush, it maybe doesn’t pack the eerie punch of the original black and white, but the colour does work well for the Monte Carlo scenes, as this contrasts nicely with the more Autumnal, muted shades used when the couple return to Mandalay. 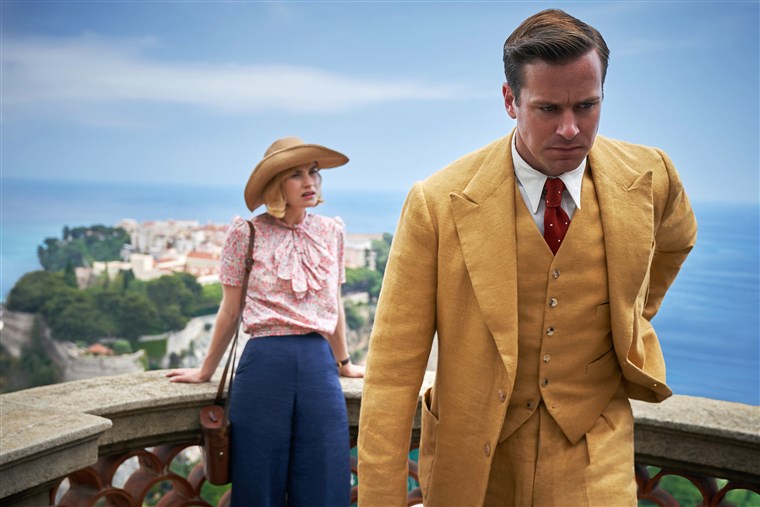 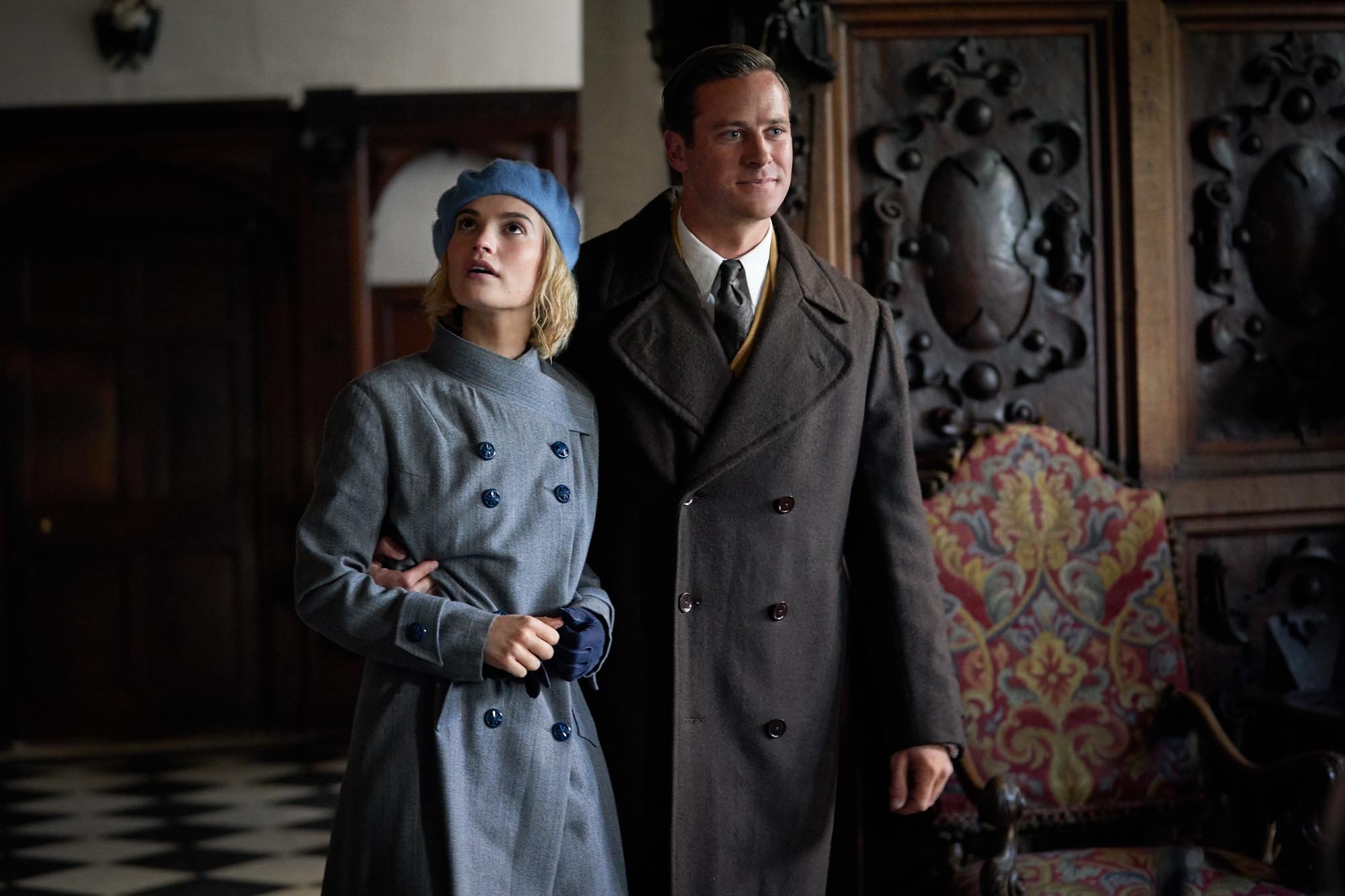 For fashion lovers, this also packs a punch. Mrs De Winter’s wide leg trousers, fitted knitwear and tweeds are beautifully evocative of the 1930’s in which the story is set, but they also look perfect for Autumn/Winter wear in 2020 – I don’t think there’s a piece I wouldn’t wear. 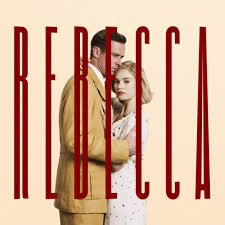 You can currently watch Rebecca on Netflix and in UK cinemas.