There is always a series that is marked as the new ‘Sex in the City’. Since that most iconic of series ended, we have had many programmes, from Gossip Girl, to The Carries Diaries, that have been labelled our newest fashion crush, usually starring strong lead female characters in a range of stylish looks. The latest series to take up the mantle is the new Netflix series ‘Emily in Paris’ starring Lily Collins as Emily, a young American woman who has moved to Paris to start a new work role. 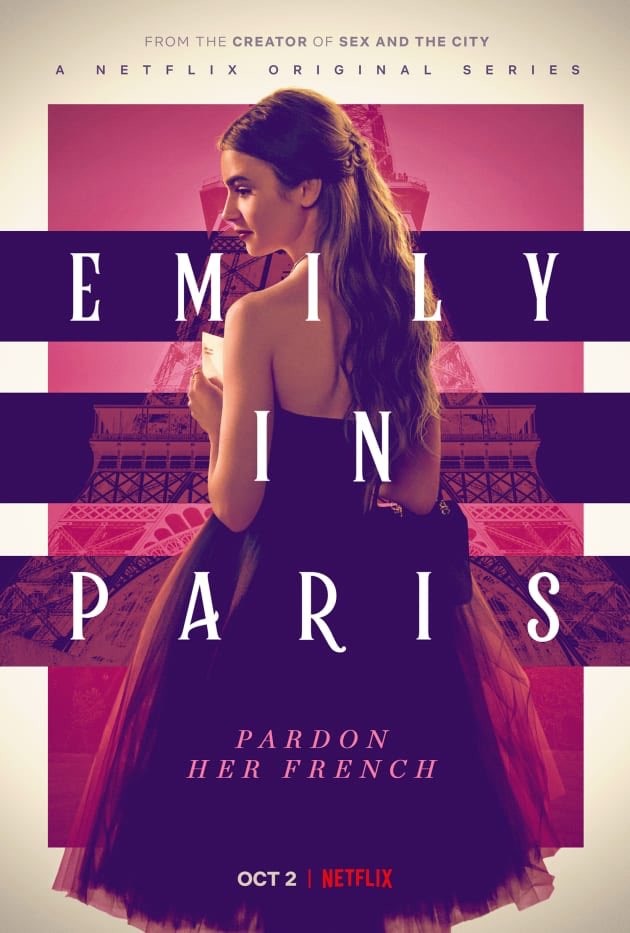 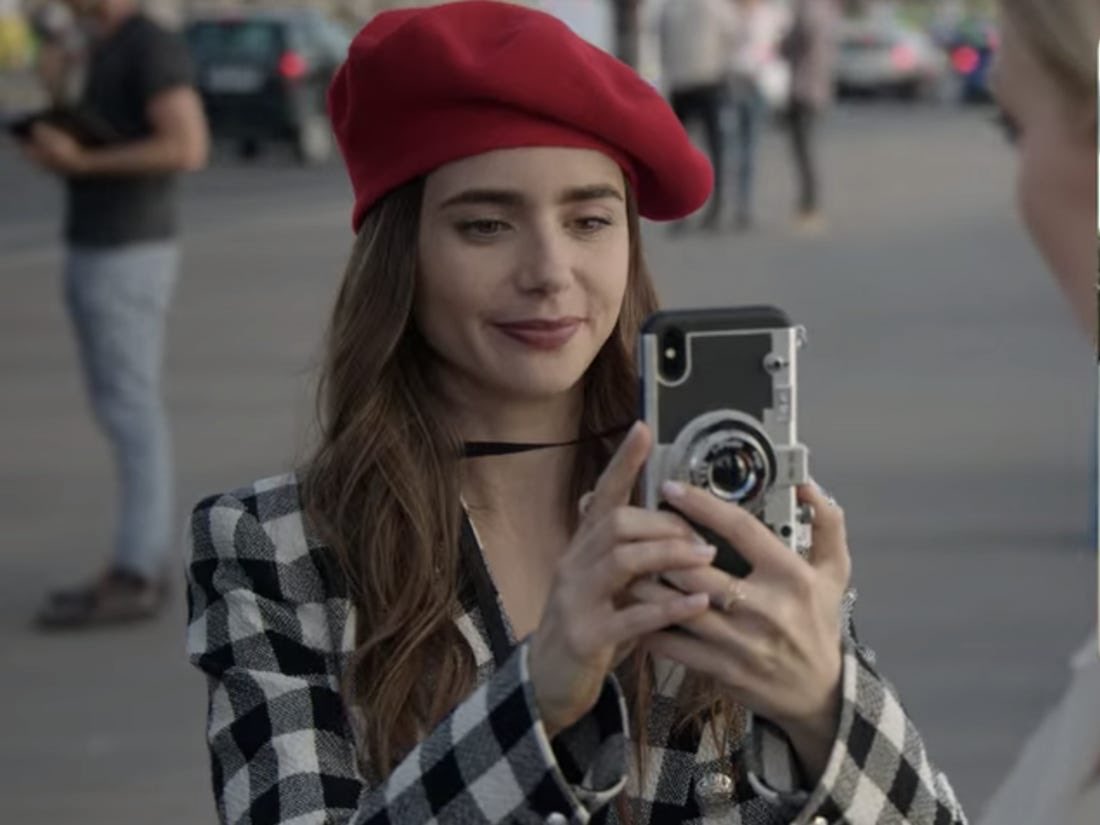 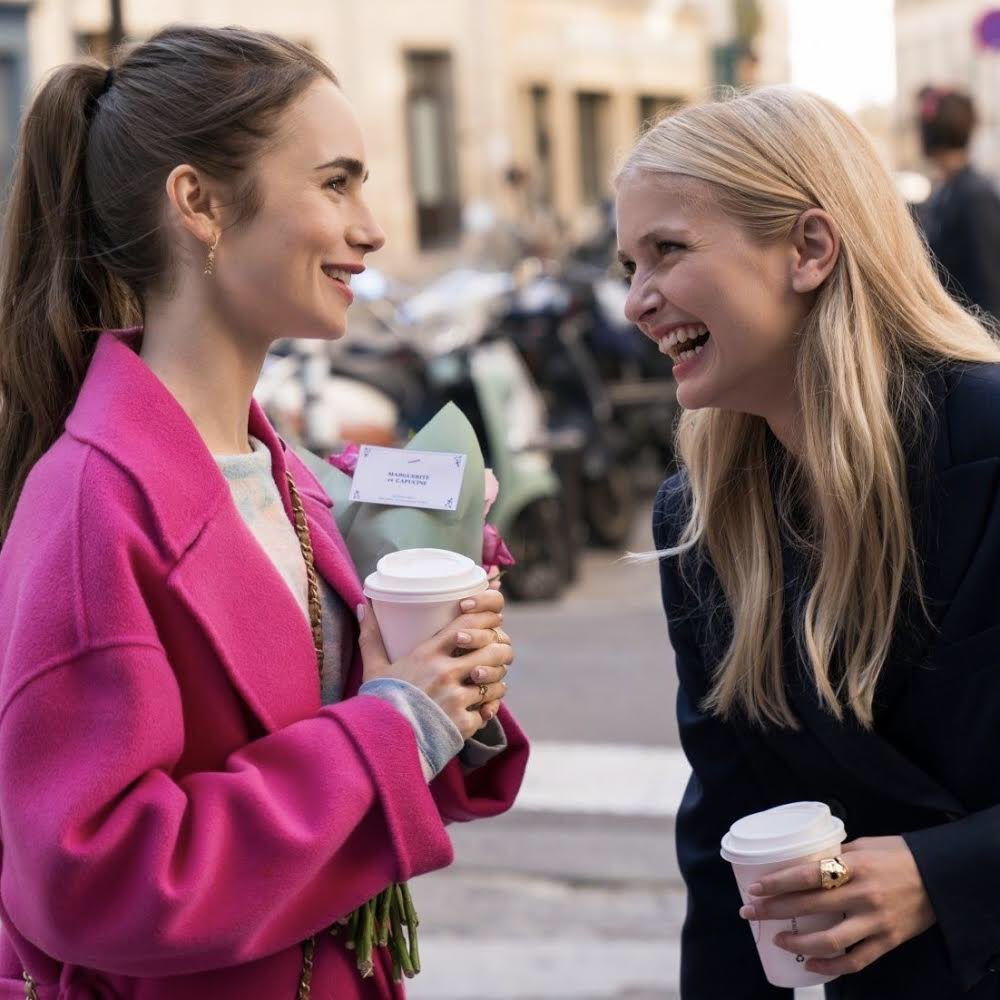 Darren Star, the man behind Sex in the City, is also the man behind Emily in Paris, and Patricia Field, who’s styling of SATC made the series so unmissable, is also the style maven behind Emily in Paris. With Carrie Bradshaw spending the last two episodes of SATC in Paris, the comparisons between the two series, and the characters of Carrie and Emily, are unavoidable. This may be why Field has actually totally embraced Emily as a Carrie fan, one who emulates her wearing of tulle skirts, of bright colours and mismatched prints, she even wears a pair of Emily earrings – just like Carrie’s iconic name pendant. There is much to enjoy as a fashion fan of SATC looking for the references in Emily in Paris. 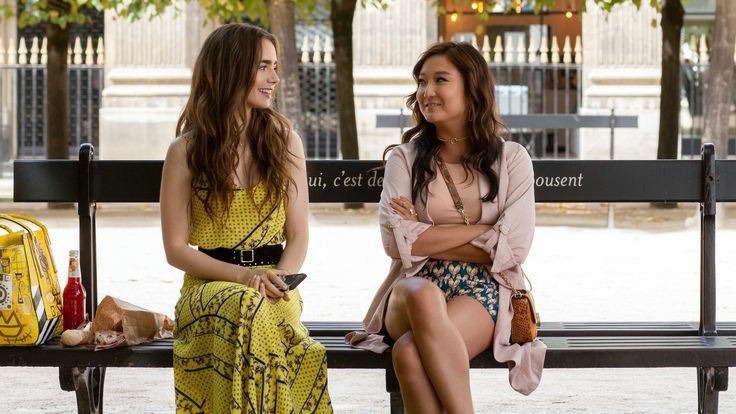 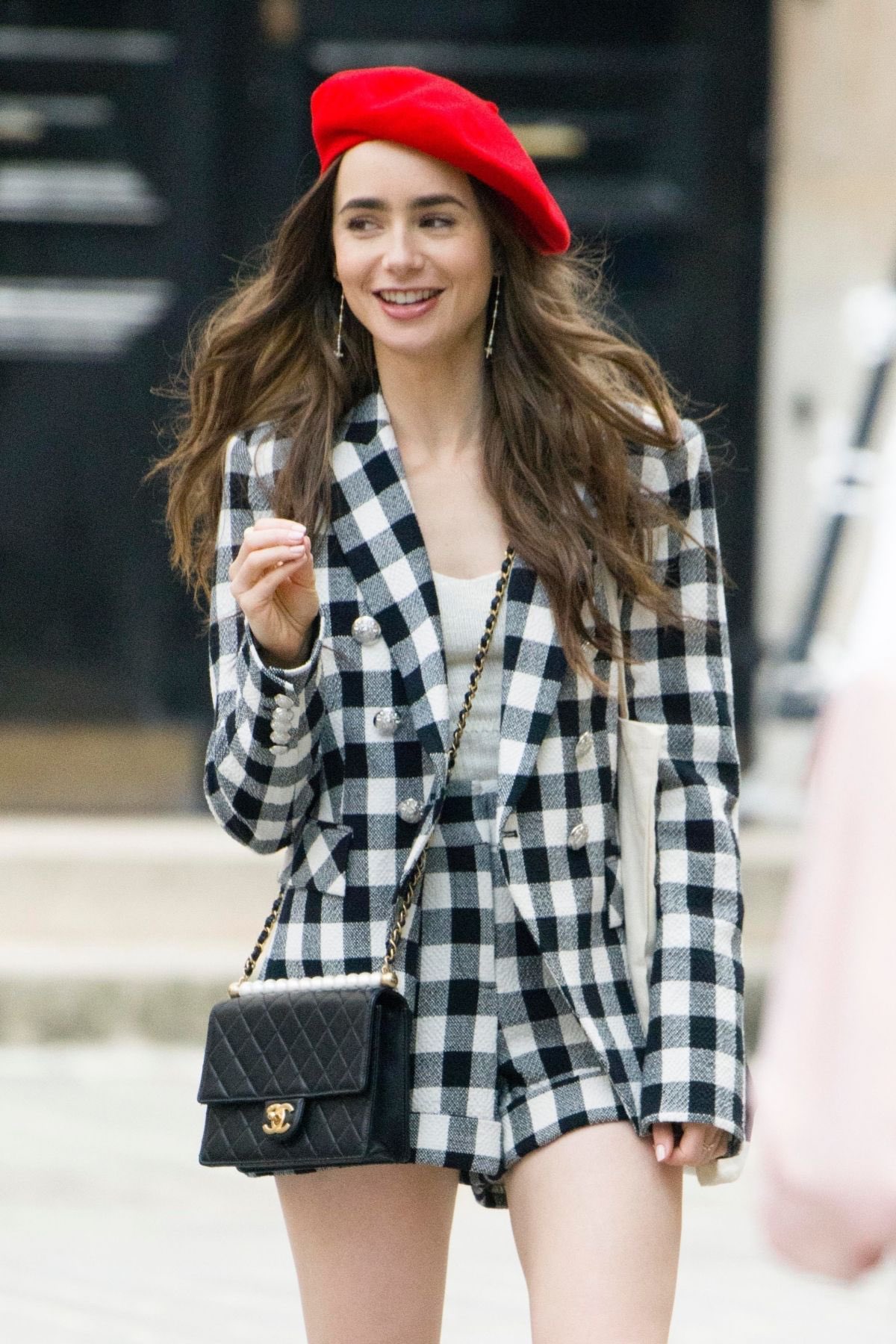 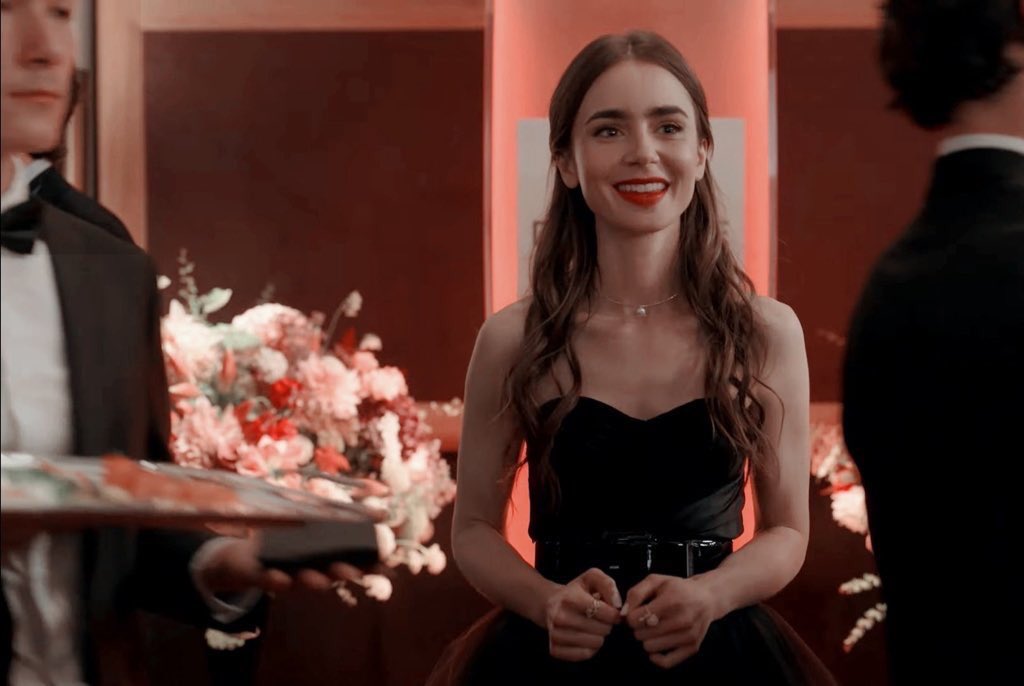 Lily Collins has an elfin charm, and her looks also bring to mind inspiration from Audrey Hepburn, whom she resembles, as well as other 1960’s gamines like Leslie Caron and Anna Karina. Her style throughout is chic, but there are also elements of fun that suit her young age – imagine Carrie in her early 20’s but with money and a Chanel fixation already in place. 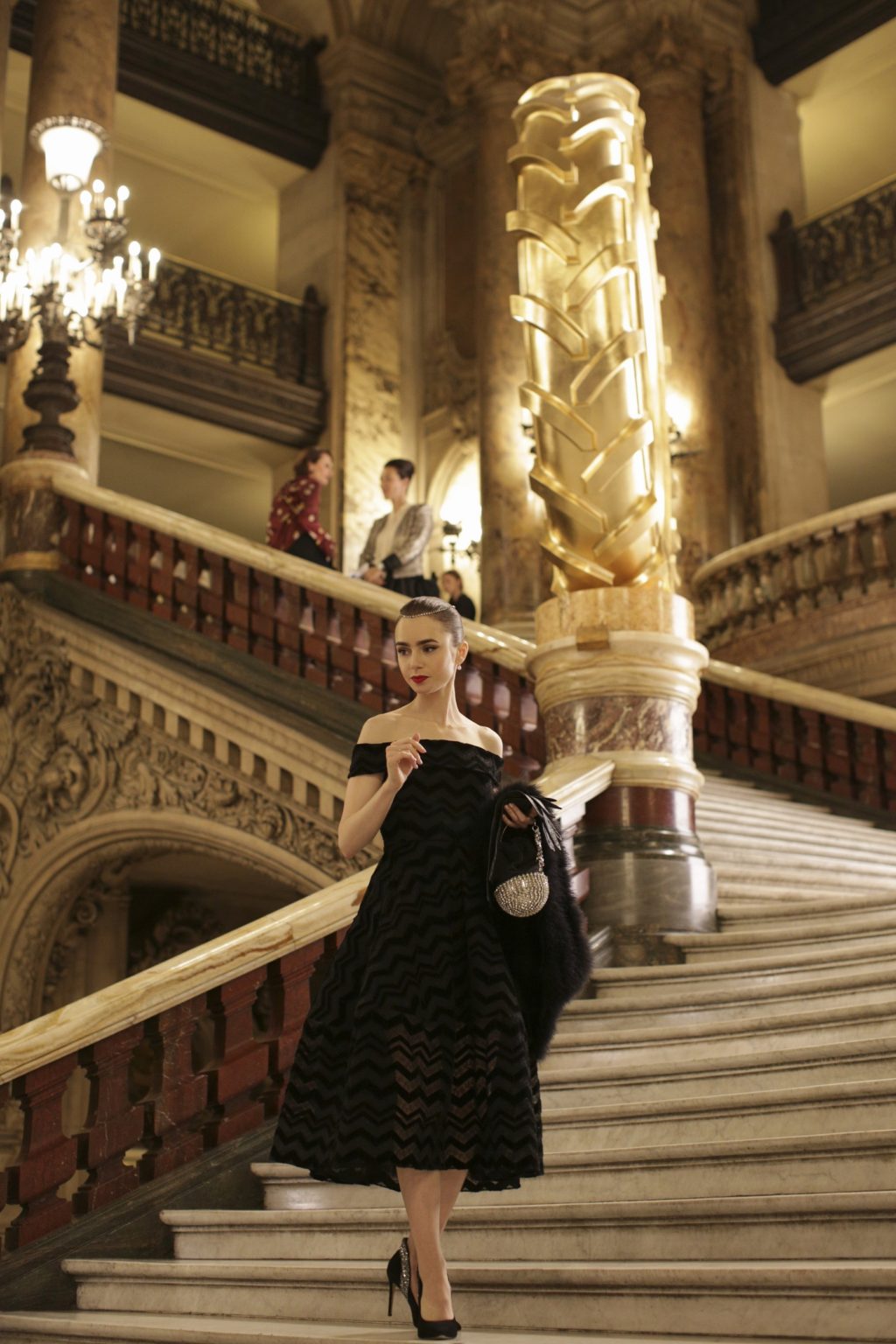 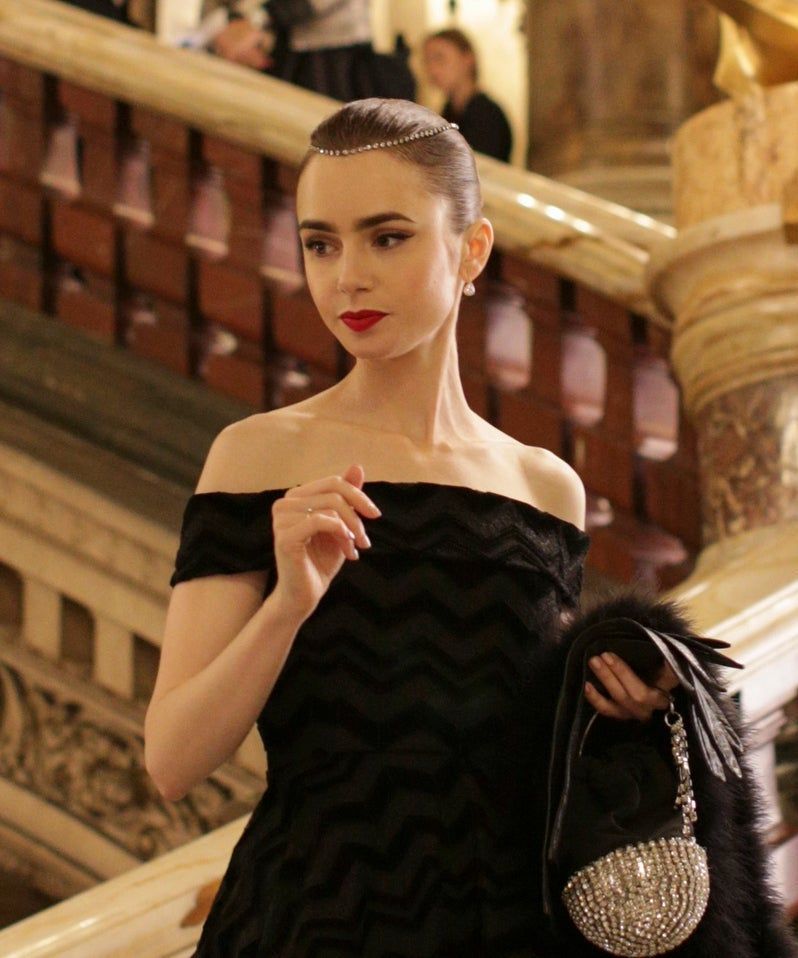 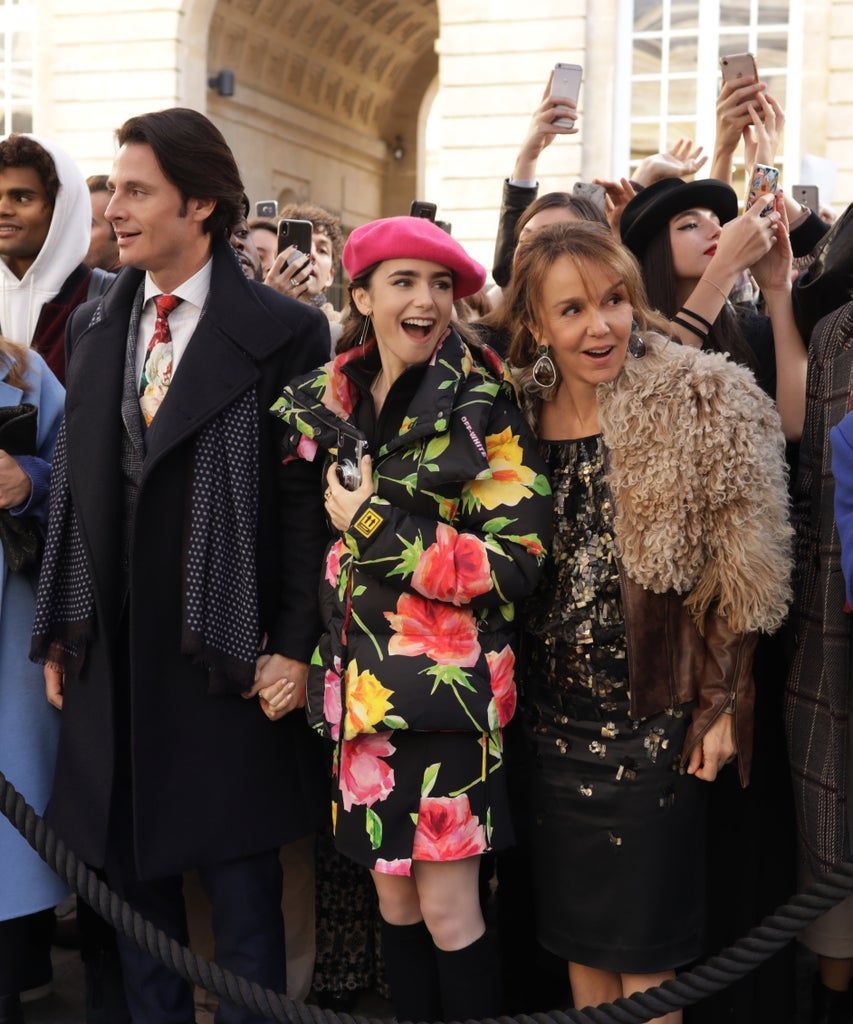 Emily in Paris is a must watch – binge watch for fans of Sex in the City who have been longing for something to fill the gap after the third film never materialised, and is also a stunning visual piece of escapist television that will certainly brighten the dark, wet Autumn evenings. 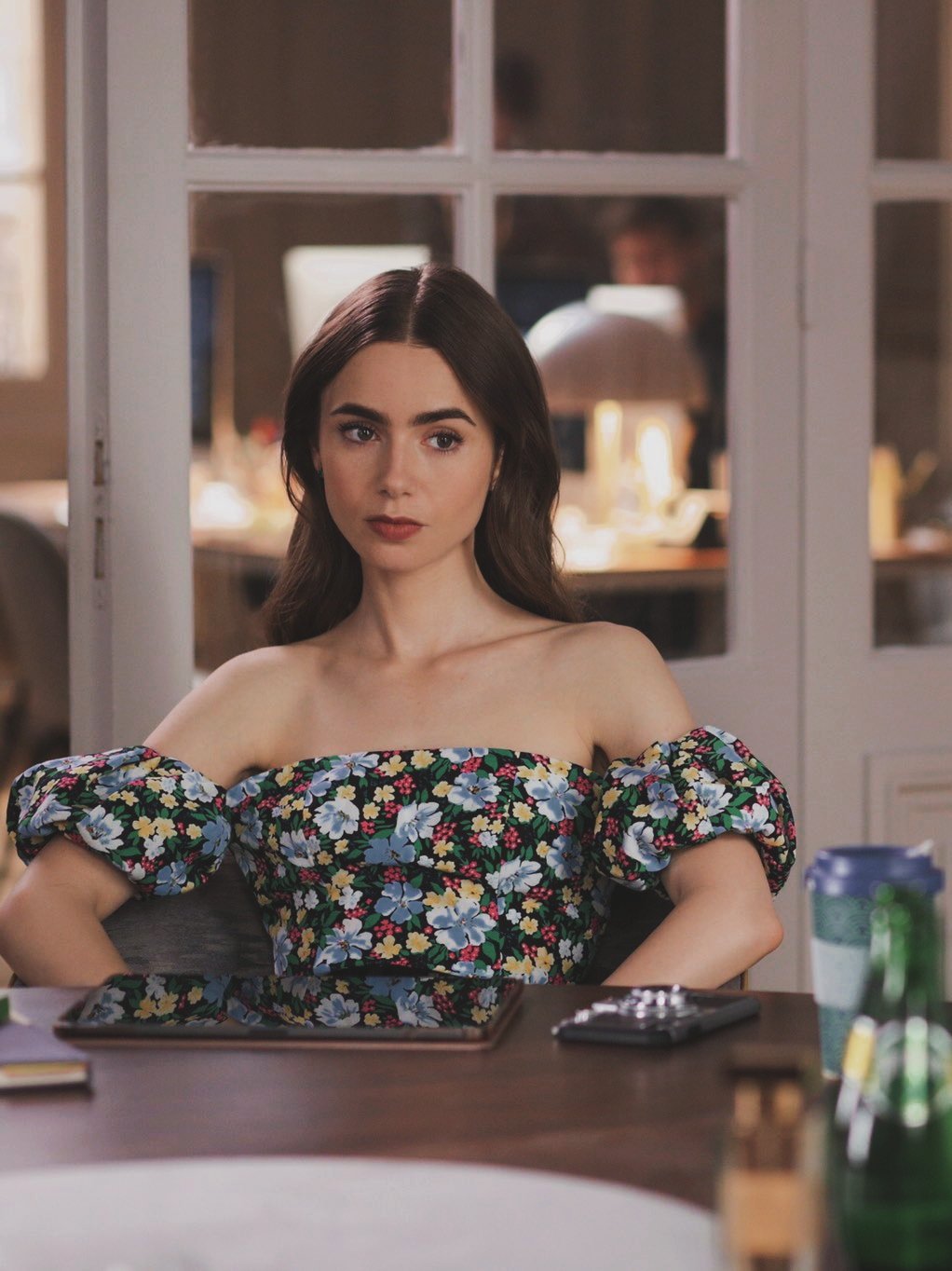 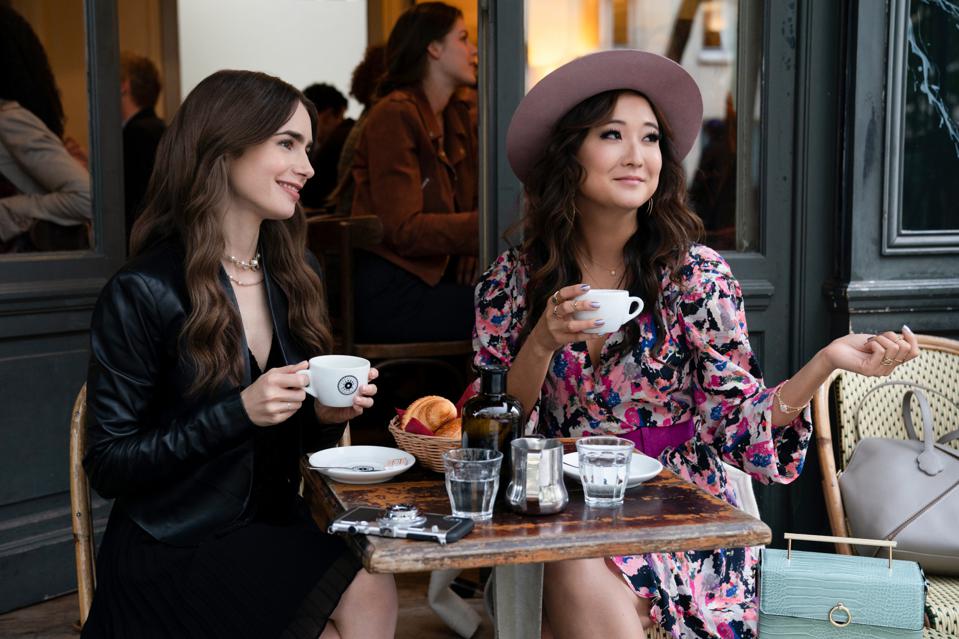