Whilst SJP had opted for an elegant black crocheted sheath dress by Antonio Berardi, Christina went for the all-out bombshell look. In a beautiful raspberry goddess style dress from Vivienne Westwood, she looked like she had been poured into her dress. Unfortunately, some of her had spilled right back out! 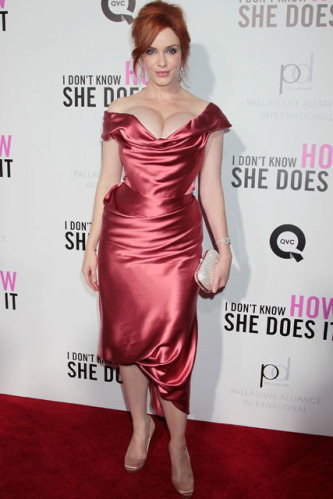 Let me explain what I mean. Christina is an absolutely beautiful woman, one of the most stunning women in Hollywood at the moment. And there is so much that is great about this dress. The colour looks amazing against both her porcelain skin, and her red hair. And the actual style of the dress is the correct one for Christina, one that enhances her hourglass curves.(Princess Eugenie often wears this style of dress)  But do we have to have the boobs pushed so high in the dress? Couldn’t the bodice have been made to accommodate the boobs, rather than evicting them skywards? We know Christina has amazing breasts, but do they always have to be on display?

Imagine this dress with a slightly looser corset, so that Christina was left with cleavage, but not quite so much cleavage. This would’ve been amazing. But speaking as a girl who has a large bust, all I can say is that this just looks plain uncomfortable. Maybe the title of the film ‘ I don’t know how she does it’ relates to how she manages to shoehorn her mammories into such a small space! 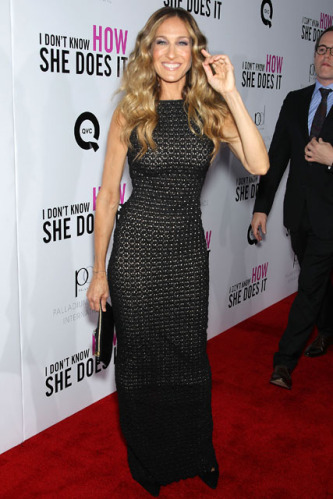 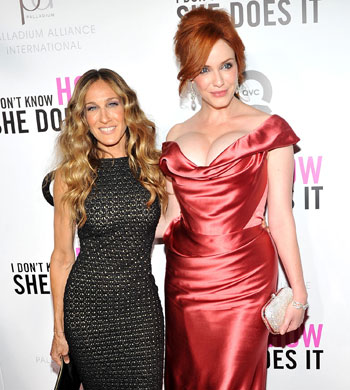 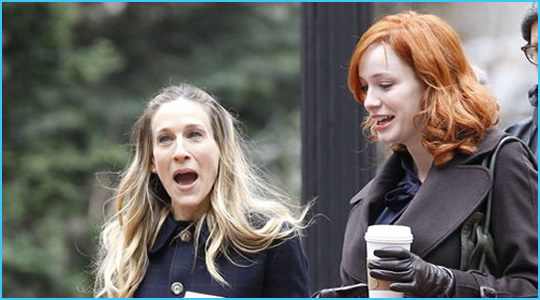