It’s always lovely when a fashion exhibition pops up virtually on your doorstep. The Hodson Shop collection was one such delight, and this summer I have found a small fashion exhibition in the town of my youth, Wednesbury, at the town’s beautiful museum and art gallery.

The exhibition is called ‘Clothes!’ and is taking place in the museums Nostalgia Rooms. It features a range of pieces from the 1959s, 1960s and 70s, along with memorabilia and old photographs of West Bromwich, Wednesbury and the surrounding areas from the same era.

I love the clothes that are featured, these pieces are not couture or designer pieces, but are instead the sort of clothes that your mother or grandmother might have owned and worn, really pieces of social history displayed within a context. I loved the purple maxi dress with long sleeves and high neck, my mom was a bridesmaid in 1973 and wore something very similar, and a dress of a similar colour that came from the 1950s, but would still look good today due to the classic style. 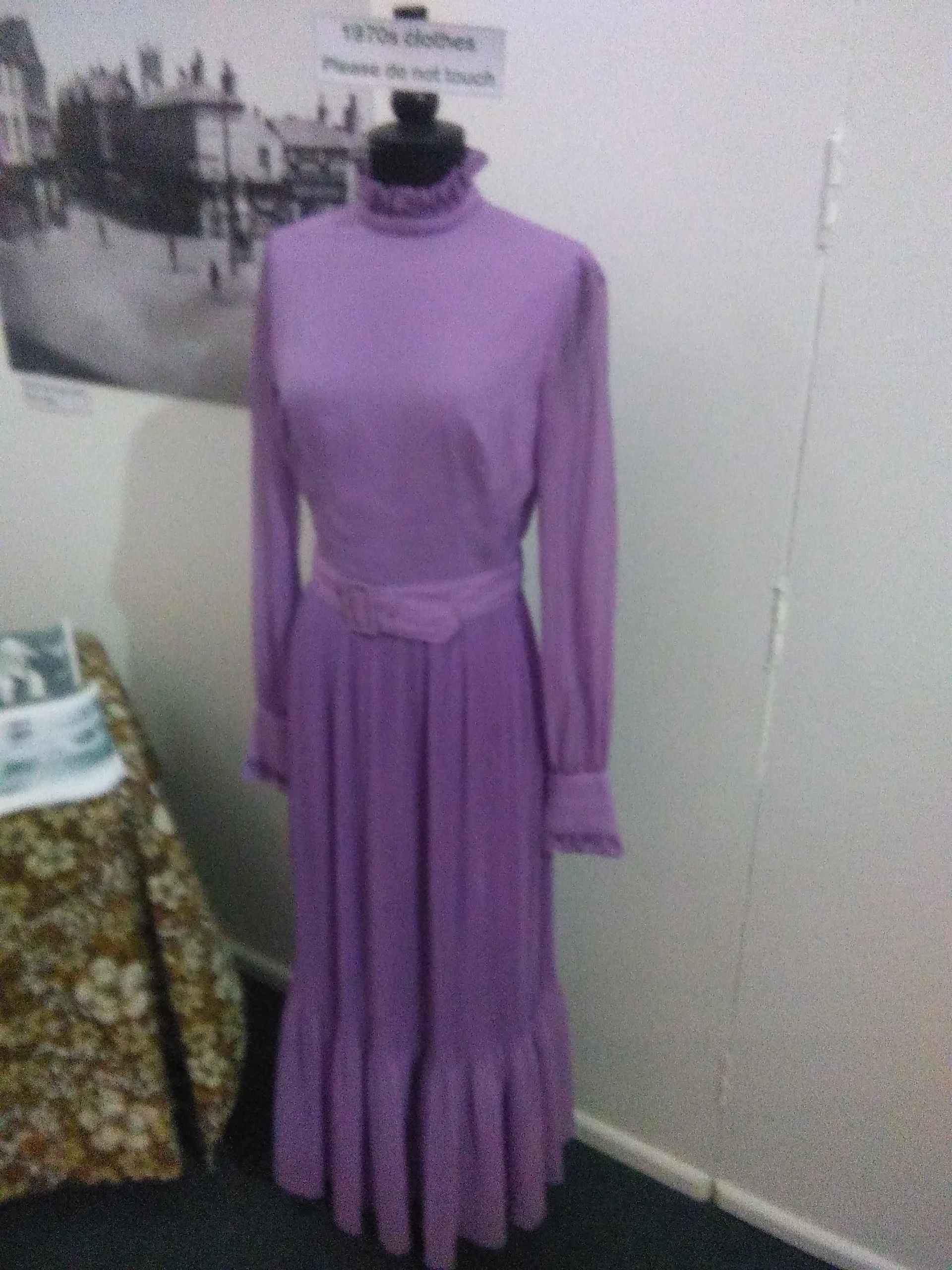 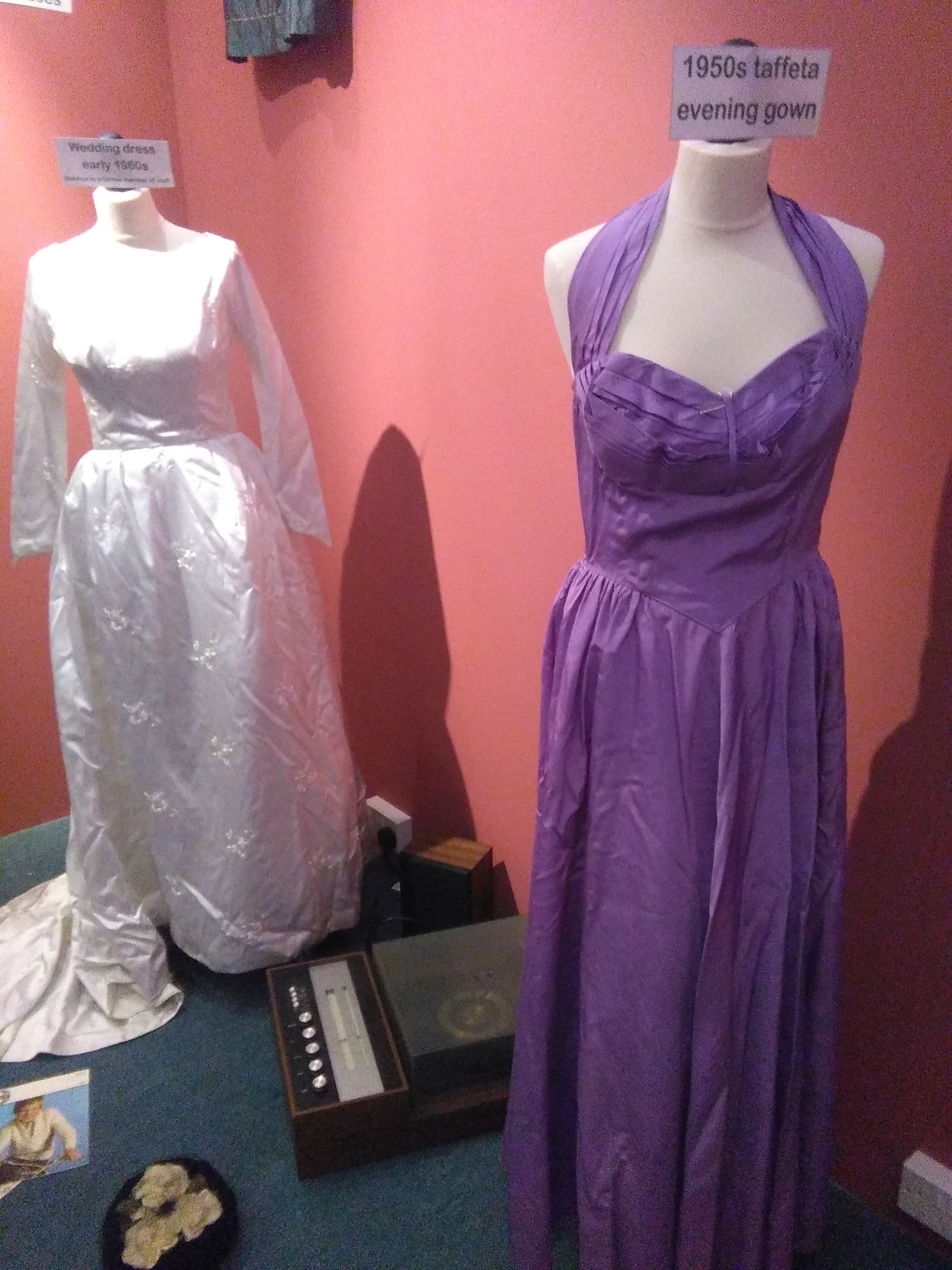 The 1960s explosion of fashion is well represented, with lots of printed and plain shift dresses in the style of Mary Quant and Pierre Cardin. And, just to prove that fashion is cyclical, and that styles do come around again and again, the exhibition has a maxi style dress and a tea dress that may be 1970s in origin, but certainly wouldn’t look out of place on today’s High Street. 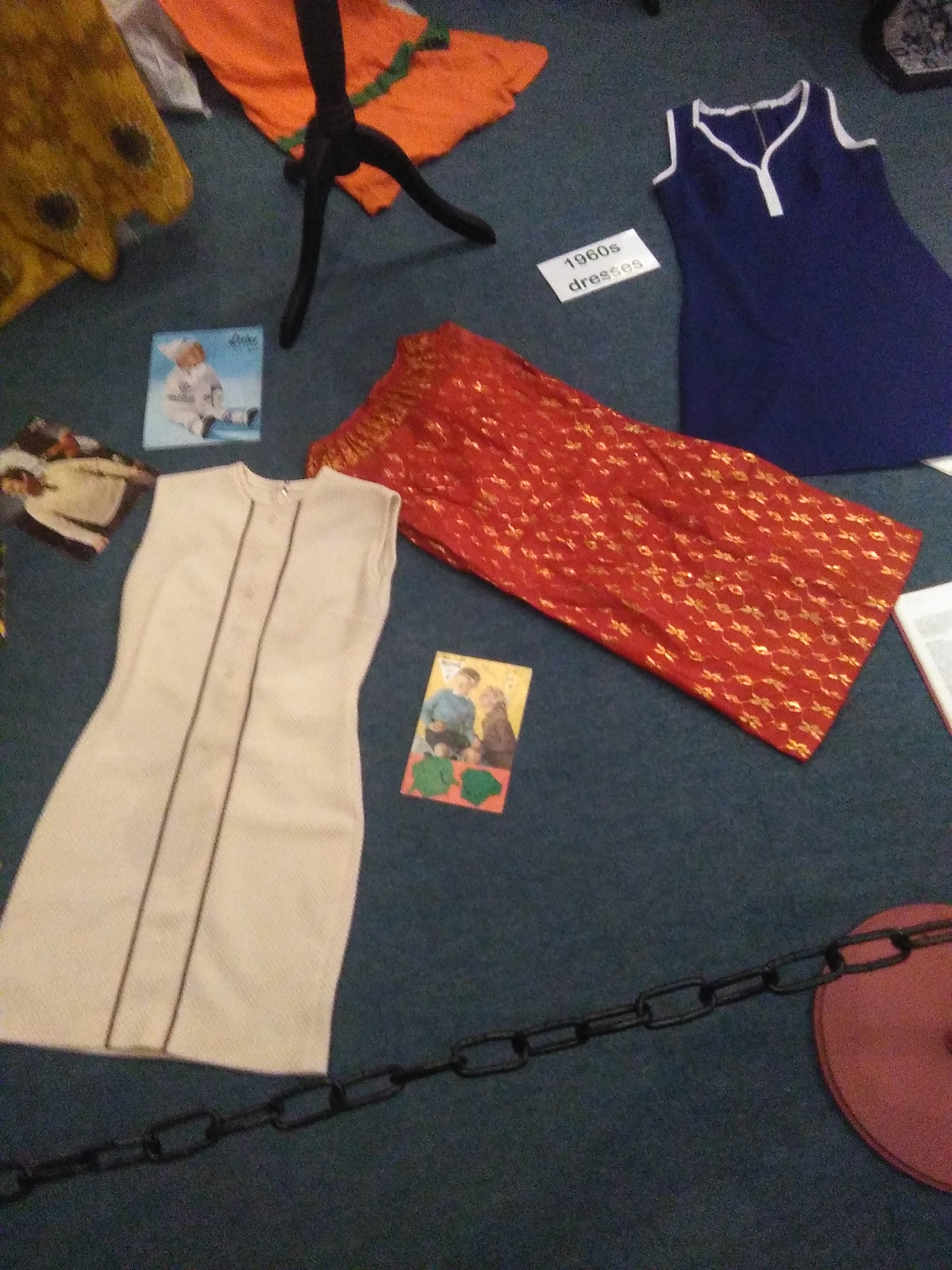 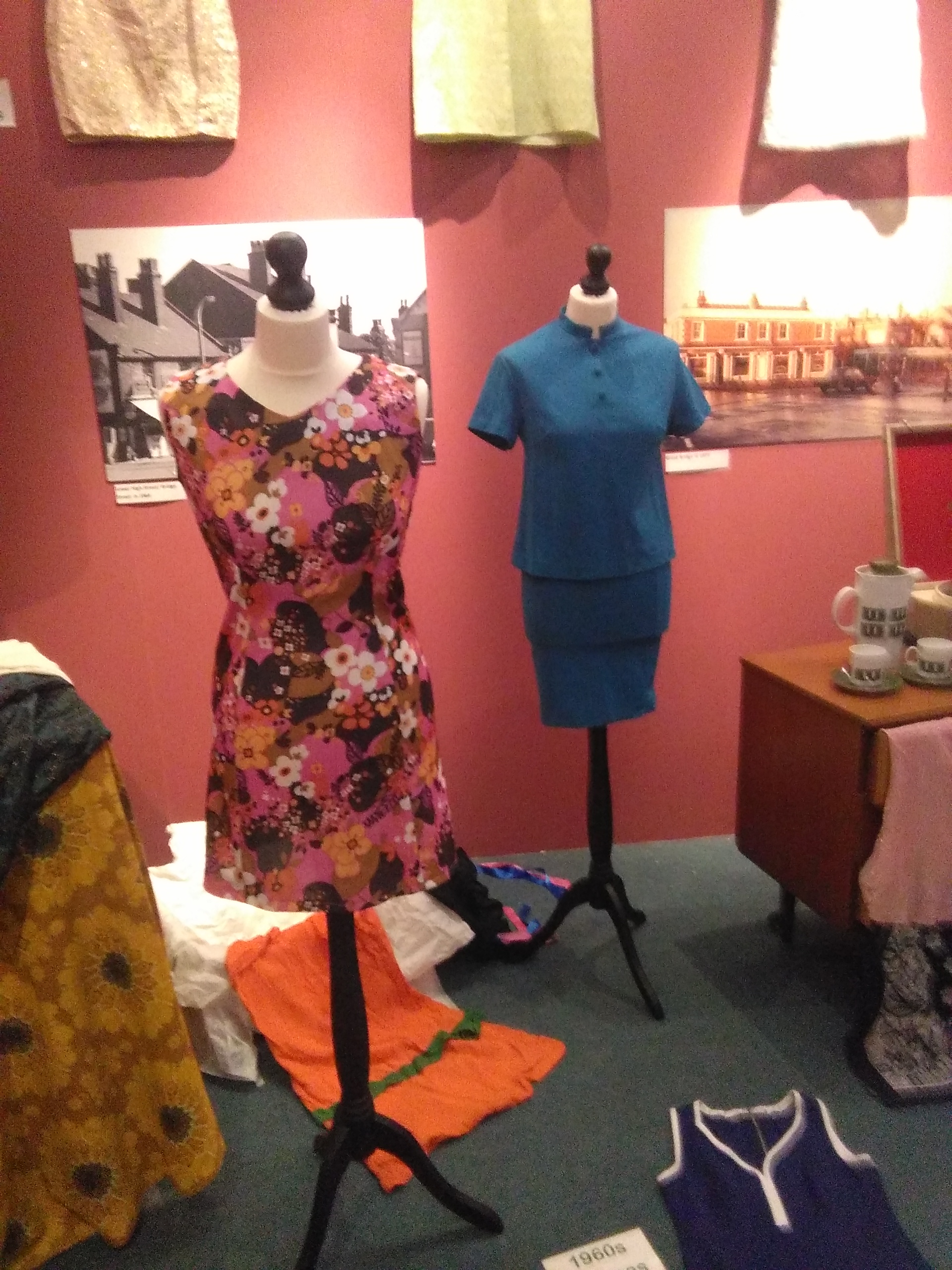 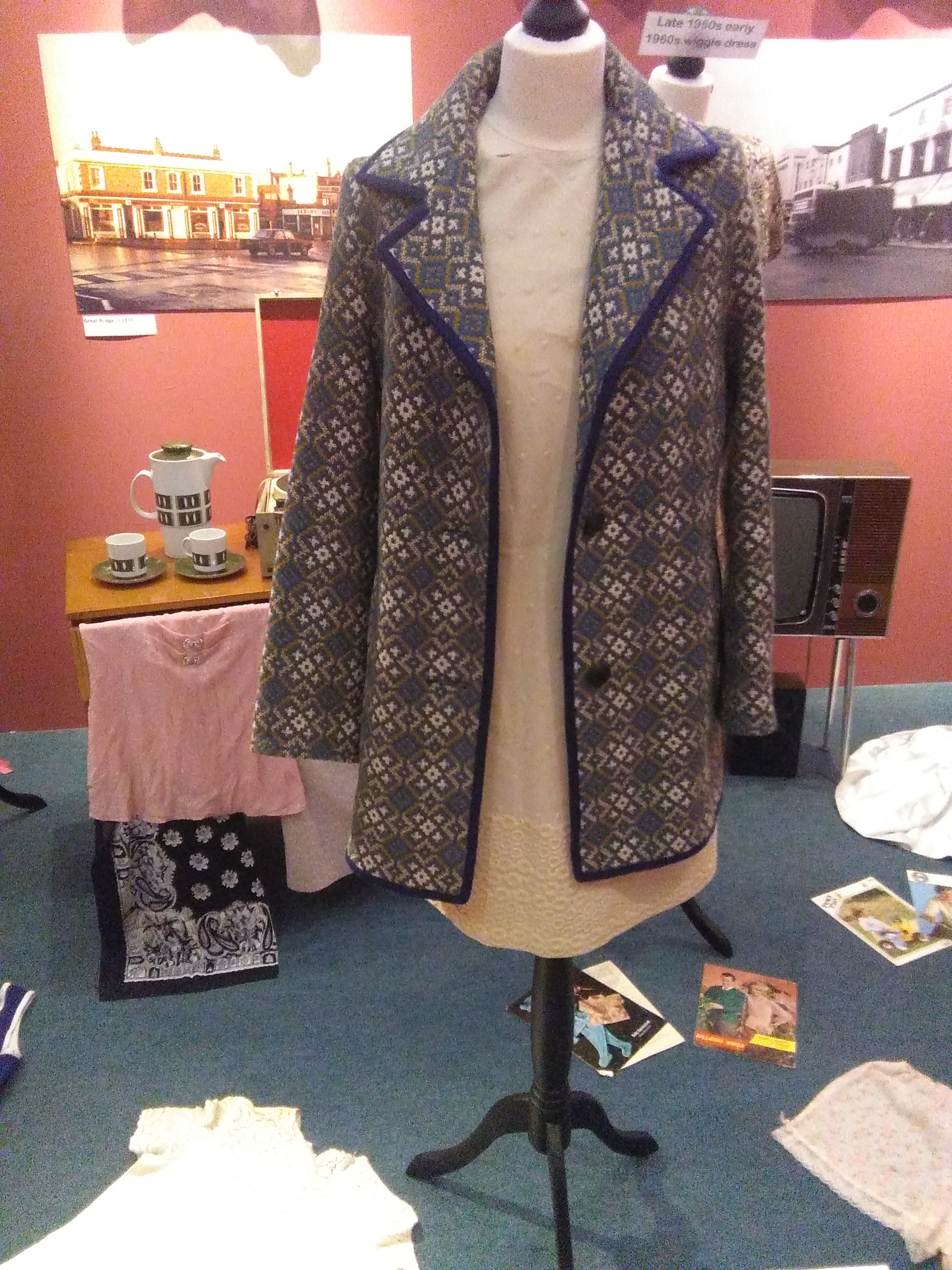 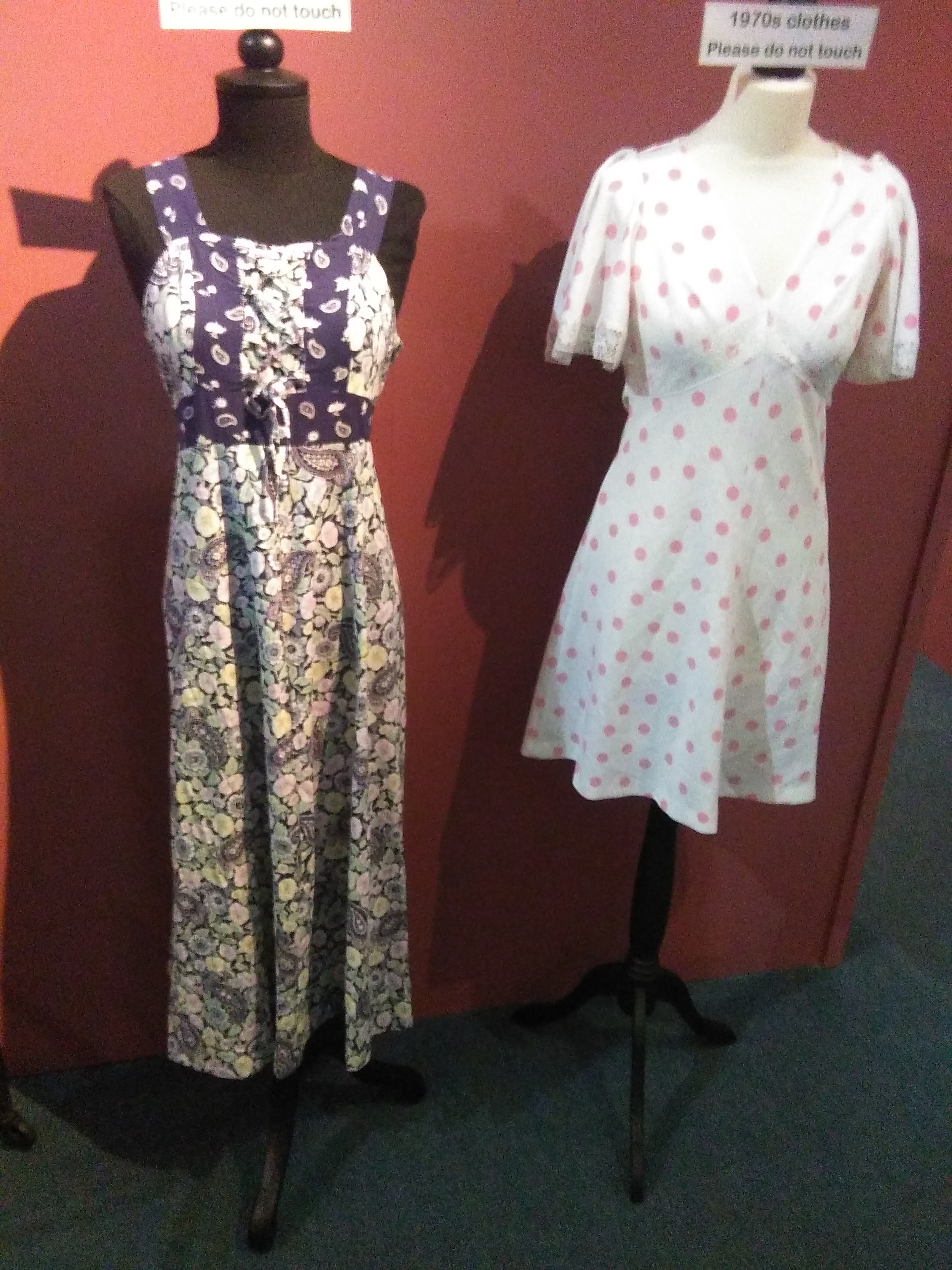 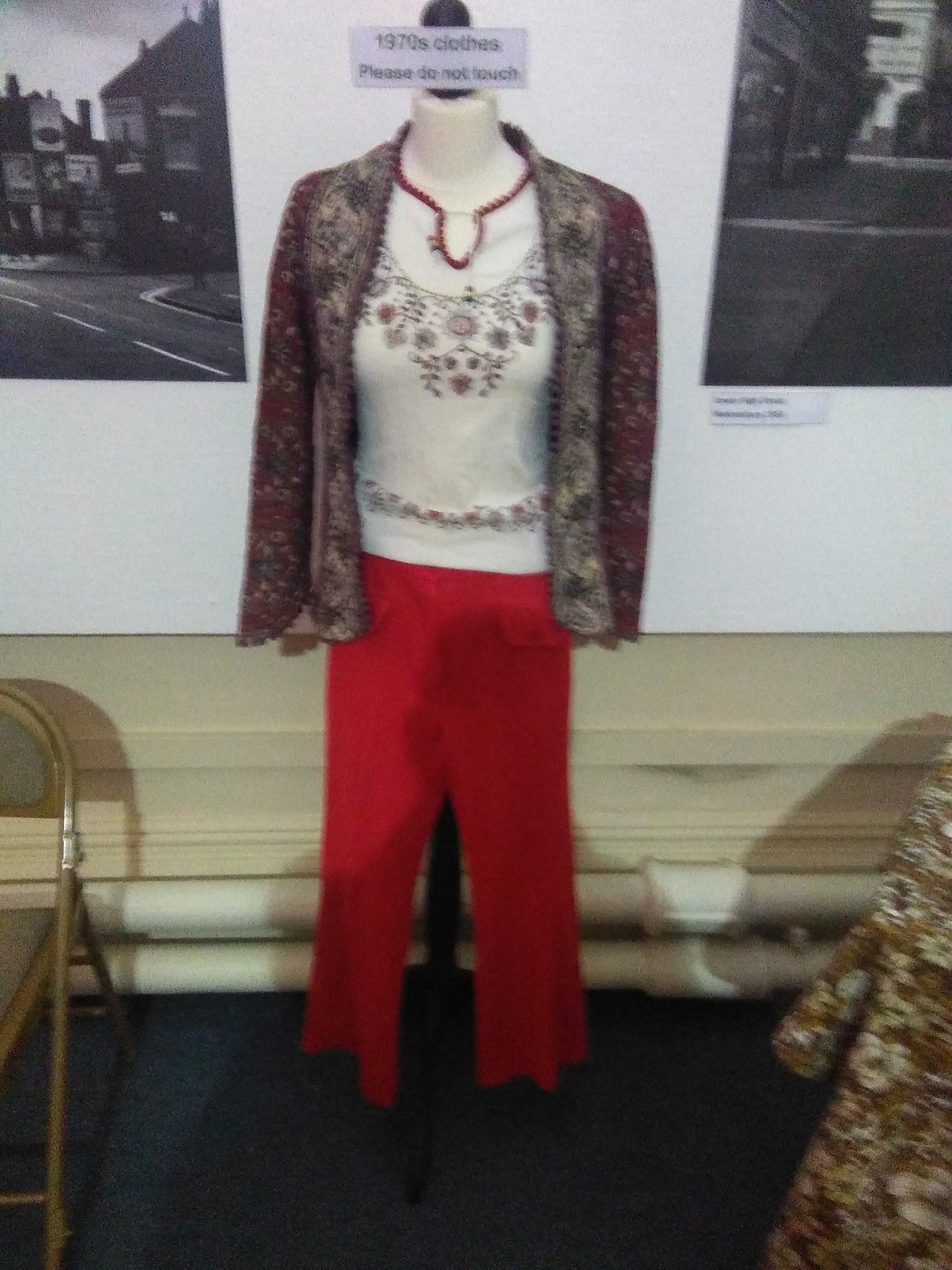 The Clothes! exhibition is in the Nostalgia Rooms at the Wednesbury Museum and Art Gallery until the end of 2017. Entrance is free, and you could also check out the permanent toy exhibition and the beautiful Ruskin pottery whilst you are there, 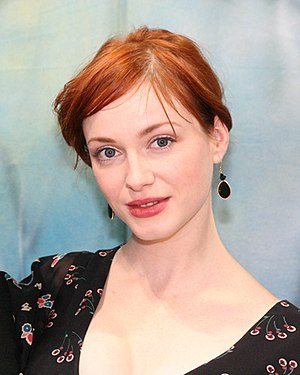 And so this week it happened.  A truly curvy, beautiful woman made the cover of Grazia Magazine. And whilst the photograph of Christina Hendricks at the Emmys that made the cover is beautiful, am I the only person who found the tagline and some of the comments used in the article slightly patronising?

‘Christina fever’ the headline screamed, ‘the week this size 14, 38e body stormed Hollywood’. And whilst it is undoubtably true that Emmy week did see an explosion of interest in Christina and other curvier beauties (Crystal Renn, Amber Riley etc), why did Grazia feel the need to splash her vital statistics all over the cover. Would it do that on a Kate Moss cover (size 6, no boobs to speak of) or over a picture of the now waif like Cheryl Cole. The picture of Christina gives all the information about her body that is re needed.

However, the glossy and beautiful Grazia cover is a breakthrough whilst the beautiful pictures on the inside feature show just why both men and women have fallen in love with Christina. She frankly looks amazing. Her beauty is from a different age, a cross between Rita Hayworth and Gloria Grahame, with a bit of Susan Hayward thrown in for good measure. She has a stunning, sensuous siren look and is possibly the only person who could make her beautiful co-star January Jones look like a boy.

Christina is the whole package, a women rather than the Glee clones and Gossip Girls that feature in Heat Magazine. She is not just about curves, her goddess hair and Marilyn Monroe -esque wardrobe are also to die for. This is no mean feat when you realise that she has to have her clothes custom-made with no chance of fitting into those sample sizes so beloved of most fashionistas. In the past she would have been a great muse for Rubens or Goya, whilst being the perfect muse for this seasons fabulous fifties/sixties Kennedy era collections from the likes of Louis Vuitton and Prada, all full skirts and nipped in waists, as well as the calf length pencil skirts and kitten heels that look so fab when they have curves to cling on to.

Christina is managing to be both things, an icon harking back to the past whilst being absolutely current. Imagine a remark of Butterfield 8 with Christina in the lead role. How amazing would she look poured into those slip dresses made famous by another curvy icon Elizabeth Taylor? With no harsh lines or taut muscles, Christina looks soft and womanly and utterly feminine.

But the Christina backlash is already beginning. Joan Rivers was particularly nasty on Emmy’s fashion police, basically describing her beautiful Zac Posen dress as something akin to Jim Henson’s muppets. In Grazia, stylist, creative director and Ugly Betty lookalike Grace Woodward says ‘…I don’t envy her curves.A figure like that is really hard to dress…’ and then, more annoyingly, goes on to say ‘…She hasn’t bowed to the Hollywood pressure to be a sample size – though there is a danger that going to this unobtainable extreme gives the message that being ‘big’ is OK.Curves are one thing, but glamourising fat as a change from super-thin chic can easily be misconstrued…’ Such a stupid comment when the super-thin have been, and continue to be promoted as glamorous (Victoria Beckham, Nicole Ritchie, Kiera Knightley and Kate Bosworth being just a few examples of this). Whilst the idea that the ‘fat’ can’t be glamorous is frankly offensive. Larger ladies can be glamorous, groomed and stylish – check out Amber Riley at the Emmy’s, whilst some super slim women can be mousey, ungroomed and unglamorous. Chic is about Style not size, and at least with the likes of Christina Hendricks flying the flag for larger ladies, there may be a chance to redress the sizing issues.

GET YOUR OWN CHRISTINA STYLE AND EMBRACE THOSE CURVES! 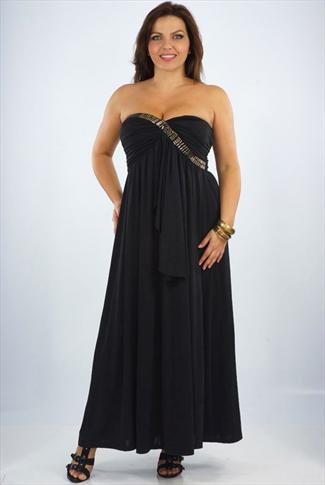 get this fab curve hugging dress at Yours clothing 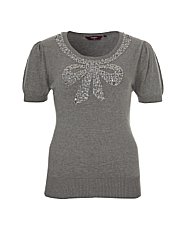 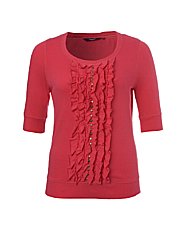