Ahead of a Christmas run at the New Alexandra Theatre in Birmingham, I had the opportunity to chat to Tim Driesen, who is playing Frankie Valli in Jersey Boys. The full interview is currently on the Style Birmingham website (you can read it here), but here are a few of Tim’s selected musings on Jersey Boys, Boy Bands and all things Christmas.

‘…I met Frankie Valli and was lucky enough to spend a morning with him. He is such a down-to-Earth guy, a real grafter. He has been in business since he was 15, and he’s now 80 and still doing 50-60 gigs a year. Music is in his blood, but it wasn’t handed to him on a plate.’

On his favourite Four Seasons Song

It has to be Can’t take my eyes of you. It’s iconic, but it was almost never released. It was too rough to be romantic, too soft to be rocky and the record company didn’t know how to sell it, and get airplay for it. This is a key part of Jersey Boys – the song is being talked about but not mentioned by name, and you can see the audience wondering which song it is, and the shock when they hear it. It is a definite high point of the show.

On the Universal Appeal of Jersey Boys

An American Journalist put it best – You come for the music and stay for the story. In these days of X Factor an instant fame the story is compelling – it took 10 years to get their first hit, no overnight success story. But they then got hit after hit in decade after decade – they were special.

Yes I did the Take That Musical ‘Never Forget’ and also We Will Rock You – the Queen musical, I guess that is my thing,  playing In ageing man bands. Ageing boys bands are my niche, the closest I’ll ever get to being in a boy band, but lots of fun.

On the best thing about Christmas

I like to eat a lot, drink a bit – I keep this for special occasions. I love Mulled Wine, hot chocolate, the Michael Buble Christmas album. Some people moan about Christmas but I love it, such a great time of year when people seem a little happier. I think that Is the best thing about Christmas, the way everyone feels. 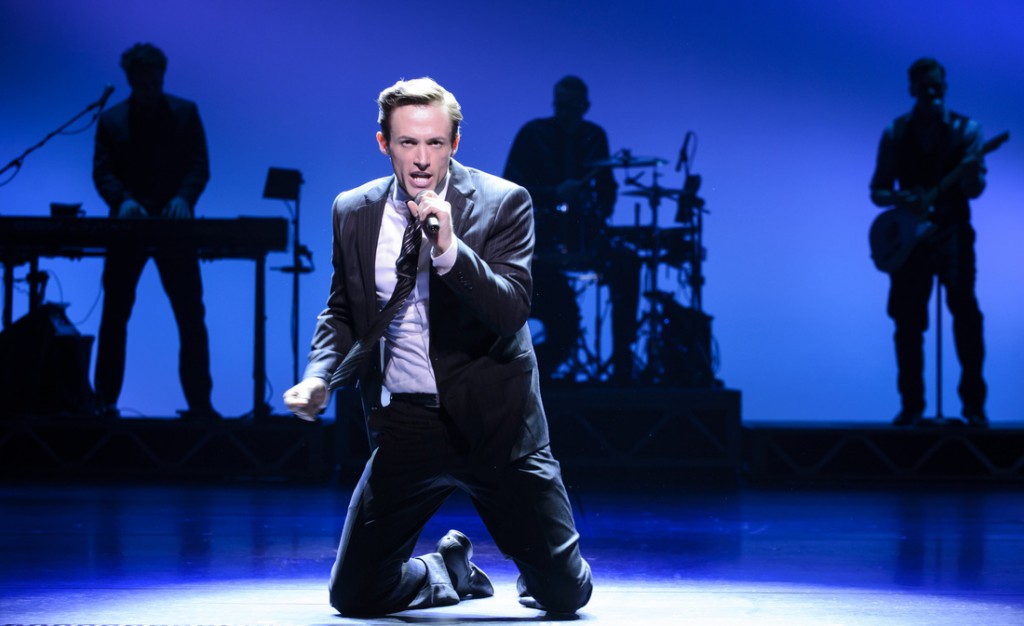 One of my fave musicals is Sunset Boulevard, I’d love to play the part of Joe Gillis, the man who ends up in the swimming pool. This is a classic musical, rather than what is sometimes called a jukebox musical, and Joe is a great lead role for an actor. Or I guess if there’s another musical about an ageing man band which needs a singer with a slightly high falsetto – I’m the man.

Well, I can think of far worse ways to spend my lunchtime than listening to the music of the Four Seasons. This is exactly what I did yesterday when I attended the press launch for the smash hit musical Jersey Boys, which will be arriving at the New Alexandra Theatre in Birmingham in December. 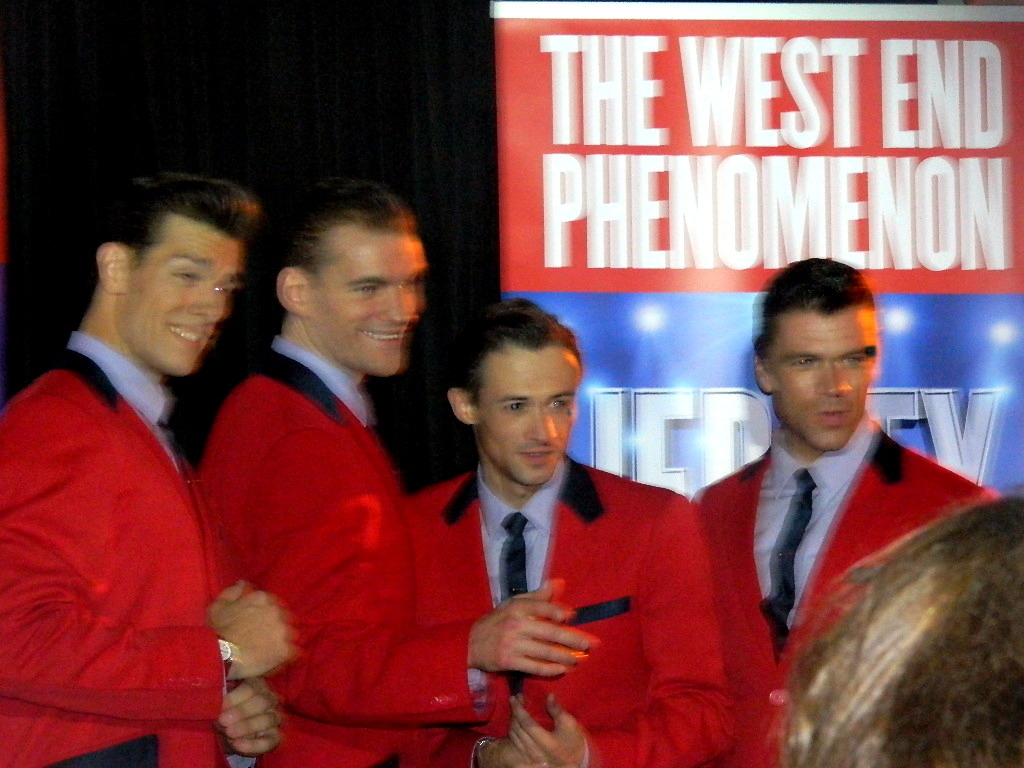 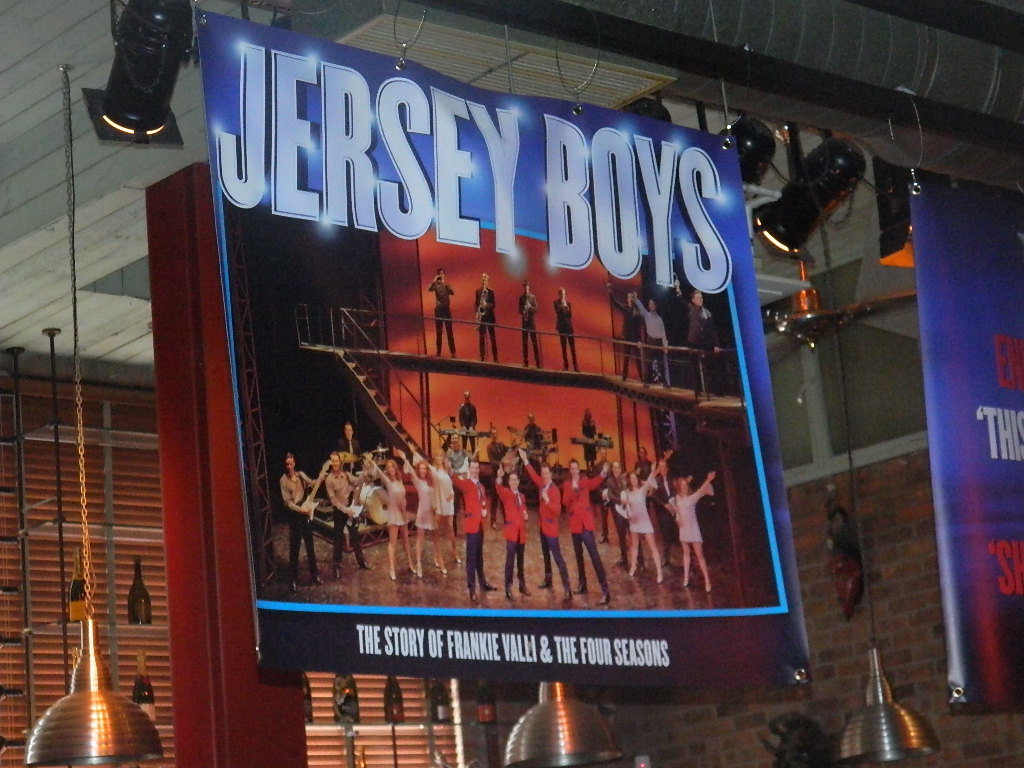 The multi-award winning musical tells the story of the Frankie Valli and the Four Seasons, famous for so many wonderful hits, including  ‘Big Girls Don’t Cry’, ‘Walk like a Man’, ‘Beggin’ and my personal favourite, ‘Sherry’. Set in 1962, the ‘Jersey Boys’ were from the wrong side of town, and yet became one of the most successful groups of all time, selling 100 million records worldwide. The songs and the story have combined to make a beloved, acclaimed musical, and today’s launch gave a delicious taster for the show. 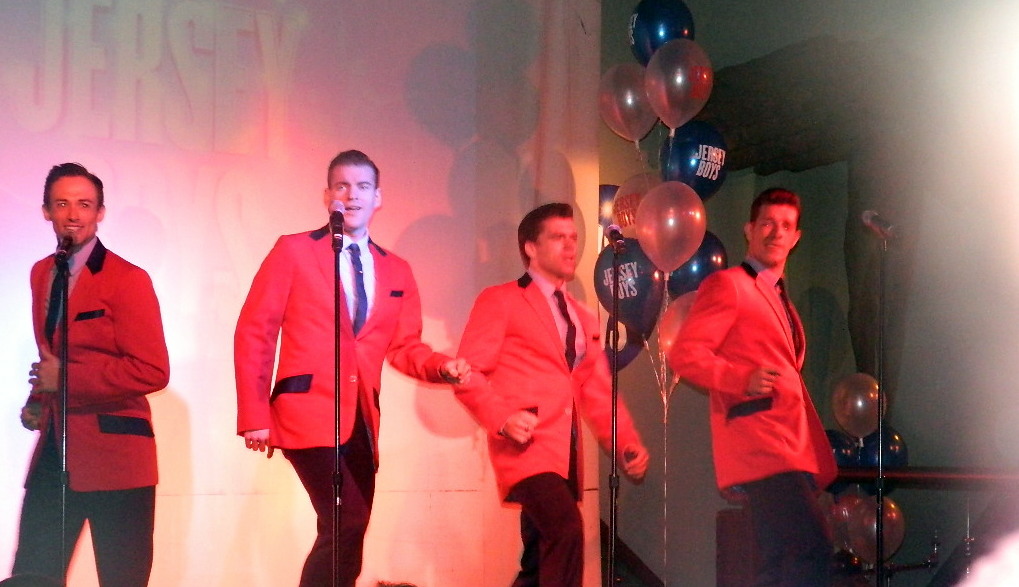 A crowd of music lovers, friends of the New Alexandra theatre, and assorted press descended on The Jamhouse to enjoy a special performance by members of the cast of Jersey Boys, fresh from a performance in Manchester. Introduced by producer David Ian, we were treated to an energetic, polished, pitch perfect performance of a medley of favourite songs from the show including the showstopping December 1963 (Oh what a night). Tim Driesen (Frankie Valli), Stephen Webb (Tommy DeVito), Lewis Griffiths (Nick Massi) and Sam Ferriday (Bob Gaudio) are just flawless, with Tim Driesen in particular showing huge charisma as the legendary Frankie Valli. 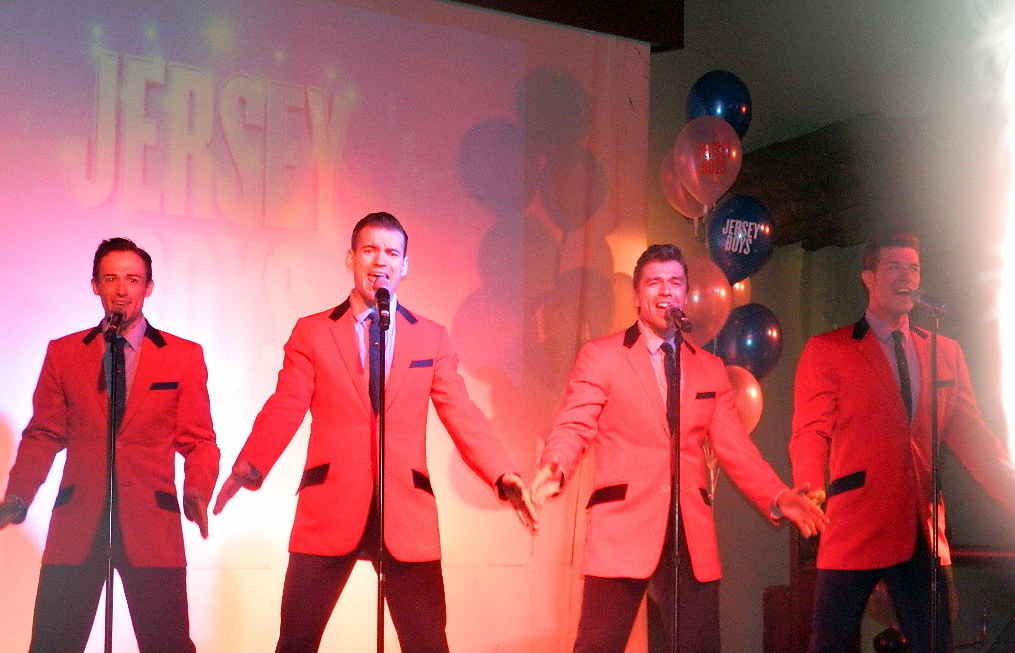 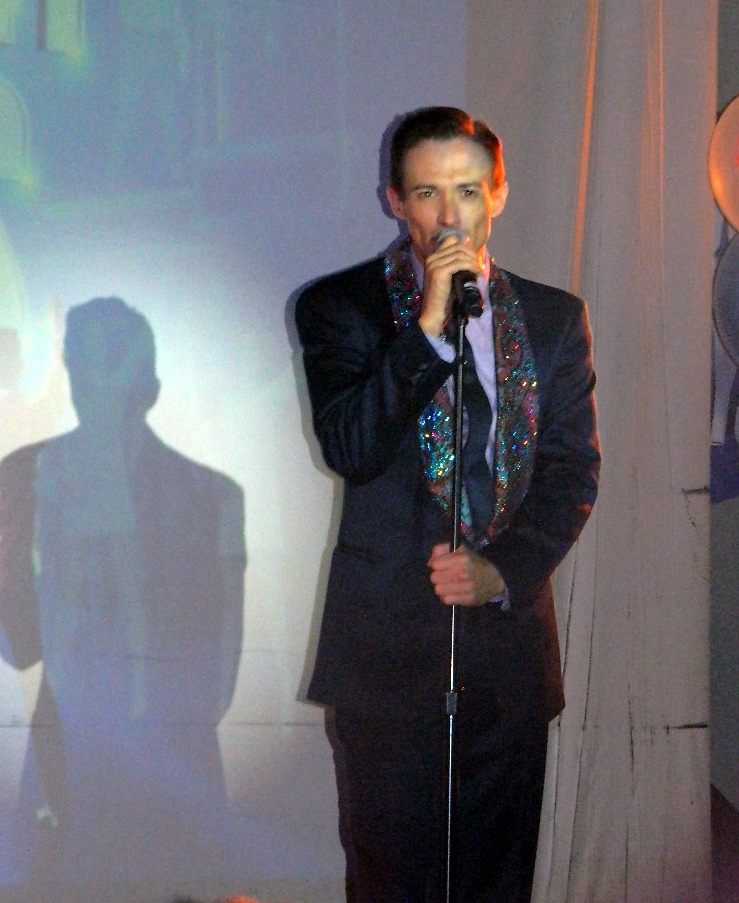 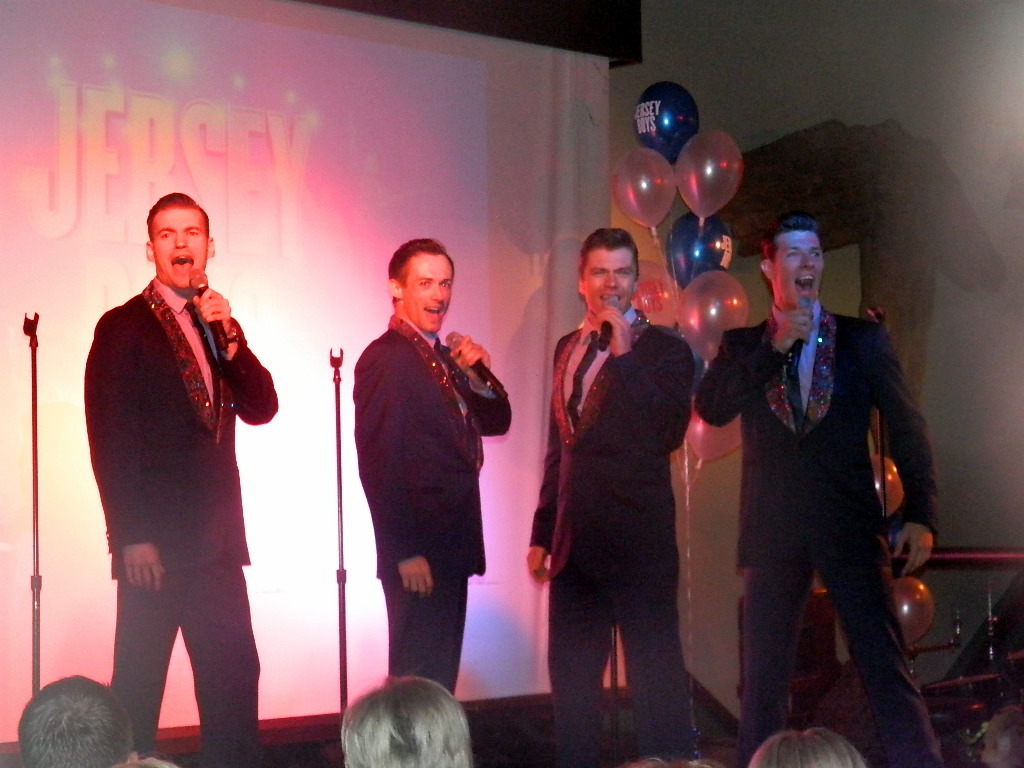 We were left wanting so much more, counting the days until the tour hits Birmingham in early December. This is sure to be the hottest ticket in town come the festive season, and with 62% of the tickets already sold, a full two months before the tour starts, it seems that Jersey Boy mania will be in the air come Christmas.