It may still be dark and miserable January, but fashion is helping to brighten up the days just a little. The new designer ad campaigns hit the glossies this month, and now the High Street are starting to look towards spring, and the promise of warmer days. In the next few weeks I am going to be introducing my favourite items from the Spring/Summer High Street. First up is Evans. Evans is a godsend for anyone, who, like me, happens to be larger than a size 12. It features fabulous ranges of clothing that start from a size 14, along with exquisite fashion jewellery and shoes that come in e and eee wider fits.

The new collection harks back to the 1970’s, and has a country/boho feel to it. Chunky heels, earthy colours and natural fabrics are all featured. along with a stunning range of cuff style bracelets and chunky bangles. Think Debra Winger in Urban Cowboy, and early millennium Sienna Miller. I love the collection, it is timeless, and instantly wearable. Here are my favourite pieces, arranged as I would wear them.

I adore this paisley print dress. This is a dress that could be worn with flip-flops, or high-heeled sandals. The chunky sandals give this a 70’s look, with the chunky wooden bangles and fringe bag adding to the vibe. This would look equally as good with a brown suede clutch bag and gold jewelled thong sandals. The whole look has been added to my summer shopping list, although you could wear this dress now with chunky tights and an Arran style vintage cardigan if you just can’t wait for warmer weather! I can see the super stylish Olivia Palermo wearing this outfit. 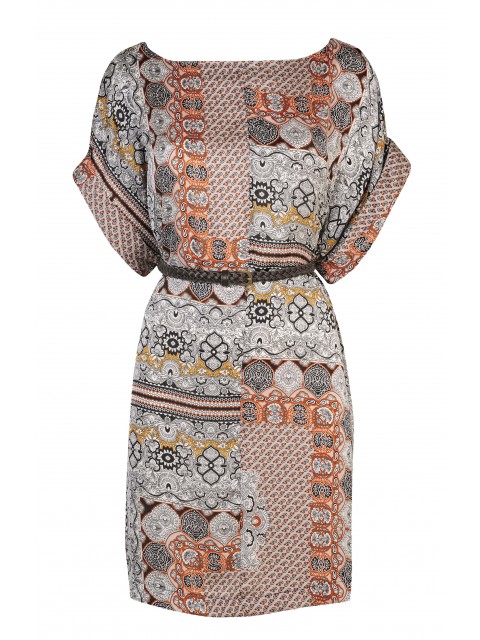 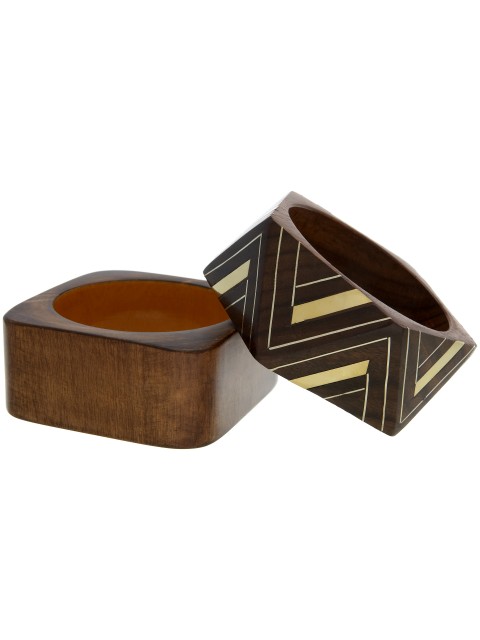 This outfit is perfect for warm spring/summer days. The white dress is girlie, but it can be dressed down by wearing these amazing toepost sandals, and a faded denim jacket. If that is still too girlie, how about adding some Doc Martens, for that early 1990’s grunge vibe. The stunning cuff would be a major talking point, adding vintage glamour to a perfect outfit. Think Steel Magnolias, Urban cowboy and boho style Sienna. 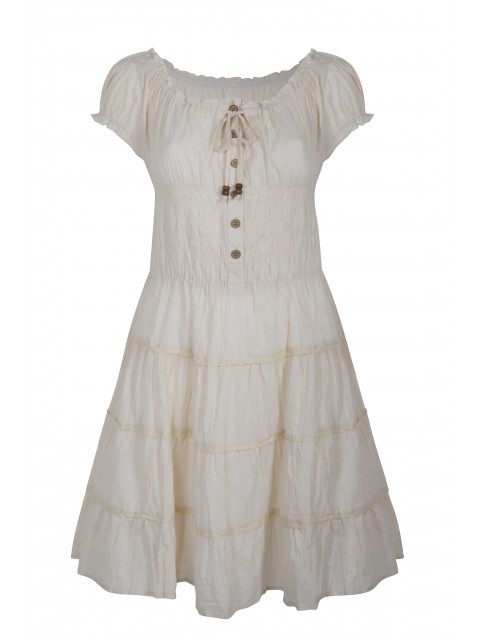 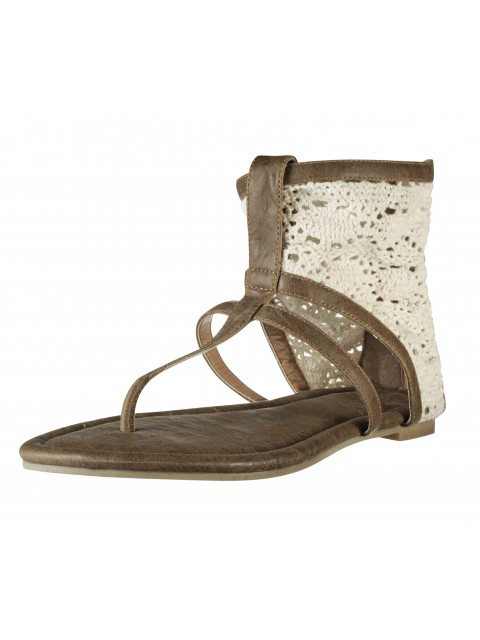 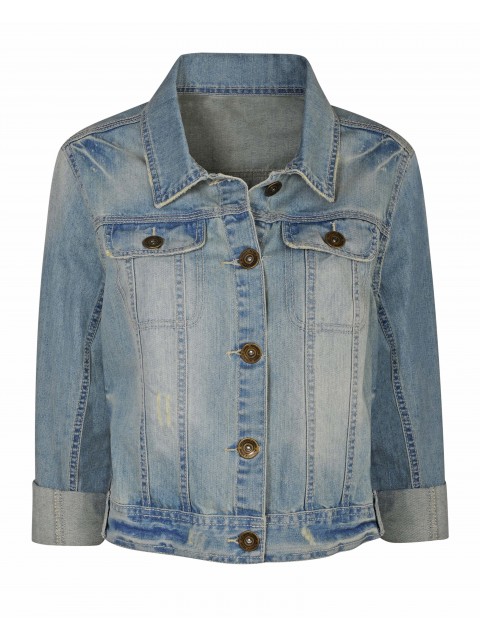 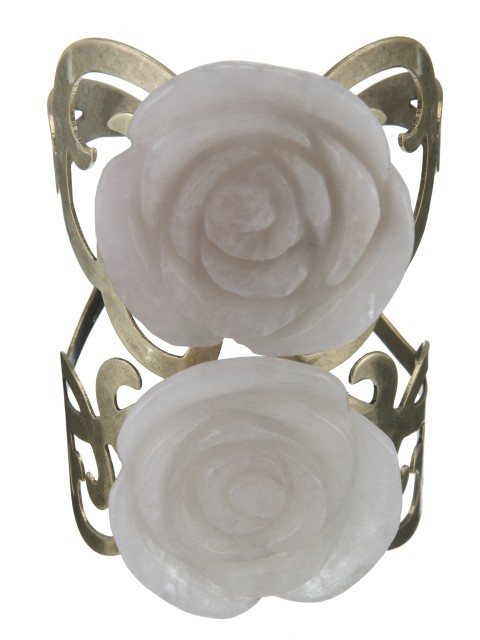 All items will be available at Evans stores, Evans.com and all branches of Outfit. 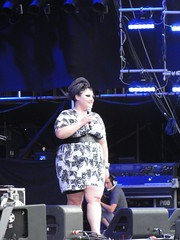 A few weeks ago I wrote a blog posting about how curvy women were finally making some progress in the world of fashion. Since then, the topic seems to have exploded everywhere, with Grazia magazine in particular taking up the mantle in support of the curvier women, putting Christina Hendricks on its front cover, and devoting their lead article to the stunning actress and her rise to superstardom. In addition, it questioned key stylists, bloggers and fashionistas about the move towards more shapely women in fashion.

But the question for many would be, is this just a one week wonder, or are magazines actively admitting that real women come in all shapes and sizes, and reflecting this on their pages?

I’m happy to say that there have been further positive moves towards reflecting all body sizes in magazines and fashion stores. Crystal Renn is to open and close the Look magazine fashion show taking place on September 18th. Look is a very successful, popular weekly fashion mag, and has been a strong supporter of Renn in recent months, using her in fashion layouts and features. In addition, this weeks issue has an article about the new Beth Ditto for Evans collection. This collection is less graphic and cartoonish than the first, and I recommend the lovely 50’s style loveheart cardigan which is so cute.

Even more surprising is that the Fashion Mecca Selfridges, usually the domain of the very slim, is playing host to a pop up Beth Ditto for Evans shop from the 17th September. I love Selfridges with a passion, but with the exception of Coast, which has sizes up to an 18, I find myself restricted to shoes, bags and Mikey jewellery, so I am going to pay a trip to the pop up shop next week, and maybe buy the aforementioned loveheart cardi!

There are also some new, curvy style icons to admire. The lovely Katie Pepper has looked stunning each week during the live shows on Sky one’s ‘must be the Music’ and is definitely in the size 14+ category. Jodie Prenger has presented the lottery shows and played the Lady in the Lake in the hilarious Spamalot, and proves you can be beautiful, glamorous and funny, even if you’re not a size 10. Martine McCutcheon is back on tv in a series of ads, and looks amazing. Whilst Jessica Simpson this week launched her new fashion collection, and arrived at the launch wearing a figure hugging black dress, showing how proud she is of her curves and eliciting the praise of über stylist to the stars, and leader of the ‘Zoebots’, Rachel Zoe.

So changes are definitely afoot. So why am I getting deja vu? Cast your mind back to the 1990’s. Didn’t we think that things were changing then too? Our favourite literary heroine was Bridget Jones, a scatty, size 14+ girl who actually got the man without dieting, and then a film was made of our favourite book, and who was chosen to play the eponymous heroine?  Curvy Kate Winslet? No the totally non curvy Renee Zellweger. She proved to be fabulous, but it was still a strange choice. Imagine if Ruth Jones was chosen to play Coco Chanel. You can’t imagine it can you, well that’s how I felt about the notoriously skinny and angular Renee playing the soft and curvy Bridget.

Thinking about the beautiful Crystal Renn, didn’t we have another curvy supermodel, who then seemed to disappear before our eyes? I’m talking about the fabulous Miss Dahl. Sophie Dahl, who was discovered by the immortal stylist and fashionista Isabella Blow, was a stunning 6ft goddess with a size 16 frame and the biggest blue eyes. She was beautiful and unspoiled and totally fresh. Flash forward a few years and the though still beautiful,  Sophie is a tiny shadow of her former self.

Even the Spice Girls were once poster girls for curves. Geri Halliwell in her red sequined Jessica Rabbit dress was voluptuous and gorgeous, Emma Bunton was plump and pretty. Geri became a yoga obsessed bore, whilst Emma shed the pounds and gained the work. It’s quite depressing isn’t it?

But maybe this time it will be different. I’m not saying that slim girls should disappear from magazines, tv screens and movies. Or that obesity should be celebrated any more than Anorexia should be. The press, stage and screen however, and particularly the fashion world should be representative of all shapes and sizes, and should reflect that for every size 10 girl out there, there are probably 3 size 14+ girls.

And maybe the media should reflect on the facts below.

Beth Ditto is a musical talent who could sing The Saturdays to a standstill. But who’s more likely to make a magazine cover?

Amber Riley is an actress equal to co-star Lea Michele. Who’s more likely to get a magazine cover or a film starring role?

Sarah McCardie’s beautiful and natural hair will not get a L’oreal commercial. Cheryl Cole‘s hair extensions will.

Even the fabulous Vogue editor Alexandra Schulman, a real women (I mean – Anna Wintour, is she a robot or an out of control Stepford Wife?) admitted in a recent interview that it is hard to change the views of fashion designers in response to fuller figures, even whilst exerting the pressure that Vogue undoubtably can. There is no real urgency to change the fashion industry by those working within. The battle is not over yet, let alone the war.

Fight on, plus size fashionistas!