If your musical tastes tend to lead to the decade of shoulder pads, Dynasty, Ra Ra skirts and Wham, then you really need to make sure you check out ‘Club Tropicana’, the bright and shiny ode to 1980s package holidays that opened at the Wolverhampton Grand last night. Full of classic 80s songs by the likes of ABC, Aha, Cyndi Lauper and Depeche Mode, and with an hilarious, scene stealing performance by veteran comedienne Kate Robbins, Club Tropicana brings fun and sunshine in spades, and had its approving audience dancing in the aisles. 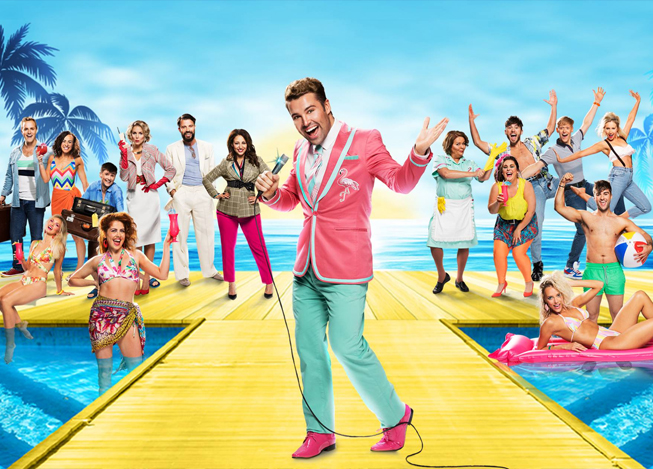 Olly and Lorraine are about to get married, when Lorraine gets cold feet and jilts Olly at the alter. She decides to go on the honeymoon, not realising that Olly and his friends have also chosen to go to the same hotel, the Club Tropicana (where the drinks are free, but only the first one). The hotel is ran by Serena and Robert, an obvious couple, except Robert doesn’t seem to realise it yet, and also has a team that includes entertainments manager Garry and cleaner Consuela. The hotel is in the running for a prestigious award, but someone is trying to sabotage their chances. Is snooty hotel guest Christine really the inspector, or does she have an ulterior motive for her designs on Garry? 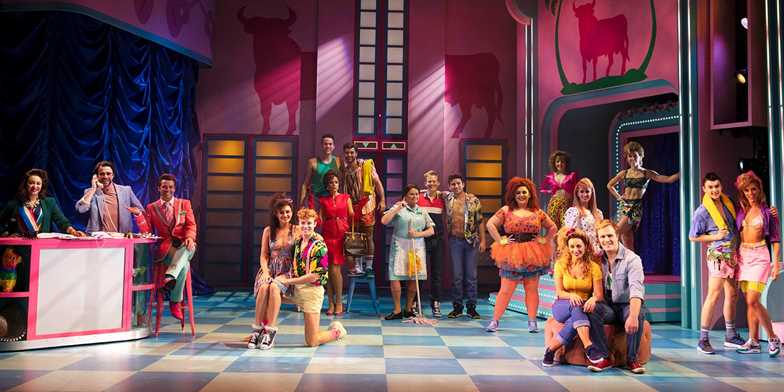 Club Tropicana is the ultimate in camp, feelgood fun. It is hilariously funny, sometimes rude and saucy in the way of seaside postcards and Carry On films, and the cast are clearly having a great deal of fun with it, which translates to a great level of audience enjoyment. Joe McElderry once again proves himself to be a supreme talent, his vocals are already proven, but his comic touch and ability to send himself up mark him as a theatrical light for years to come. Former Sugababe Amelle Berrabah (Serena) and her leading man Neil McDermott (Robert) are also great, almost playing their roles straight as madness and mayhem go on all around them. Emily Tierney as Christine has fun with her camp, bitchy role, particularly when she sings the classic Temptation as she tries to seduce the Miami Vice like Robert. But it is Kate the great Robbins, as the hilarious Consuela,who really steals the show, whether it be gesturing ‘I’ve got a sign’, or showcasing her inimitable range of voices (including Jim Bowen I kid you not!). Her physical comedy is just so funny, she lights up every scene she is in.

Club Tropicana isn’t Shakespeare, but it is great fun. Definitely worth a look this Spring.

I have to start this review with a confession – I had no idea who Tom Gates was before last week. My ten year old son was a totally different proposition however, whilst I was fumbling to remember the surname of the Tom I was going to review, he told me straight away and gave me a potted history of the character. I was thoroughly educated about Tom, Norman, Delia and the Dog Zombies. Consider myself told. 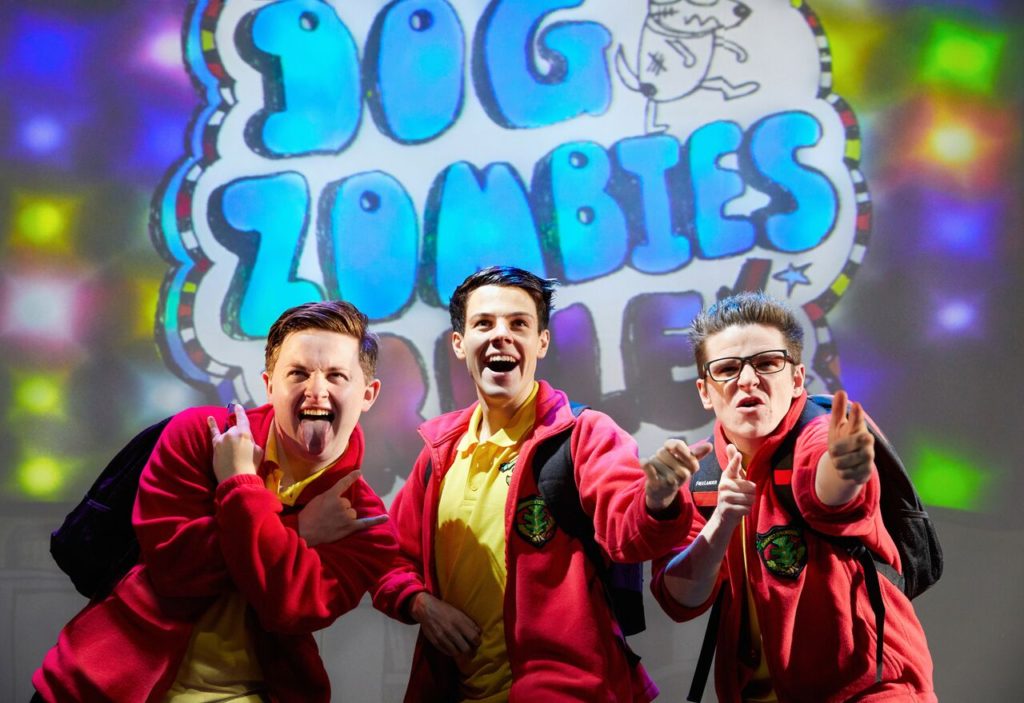 Tom Gates is currently live on stage at The Alexandra Theatre, a new show from Birmingham Stage Company and the acclaimed author and illustrator Liz Pichon , and if you have a tween then this is just perfect viewing for them, because Tom is every tween, early teen you have ever met. Teachers are the bane of his life due to the fact they keep giving him unhappy faces on the achievement chart, his older sister is moody and permanently under a cloud, he has to sit next to the irritating Marcus, and he seems to get himself into one awkward situation after another, often due to no fault of his own. But solace comes in the form of biscuits, his friends Amy, Derek and Norman, his band Dog Zombies, and biscuits, lots of biscuits. 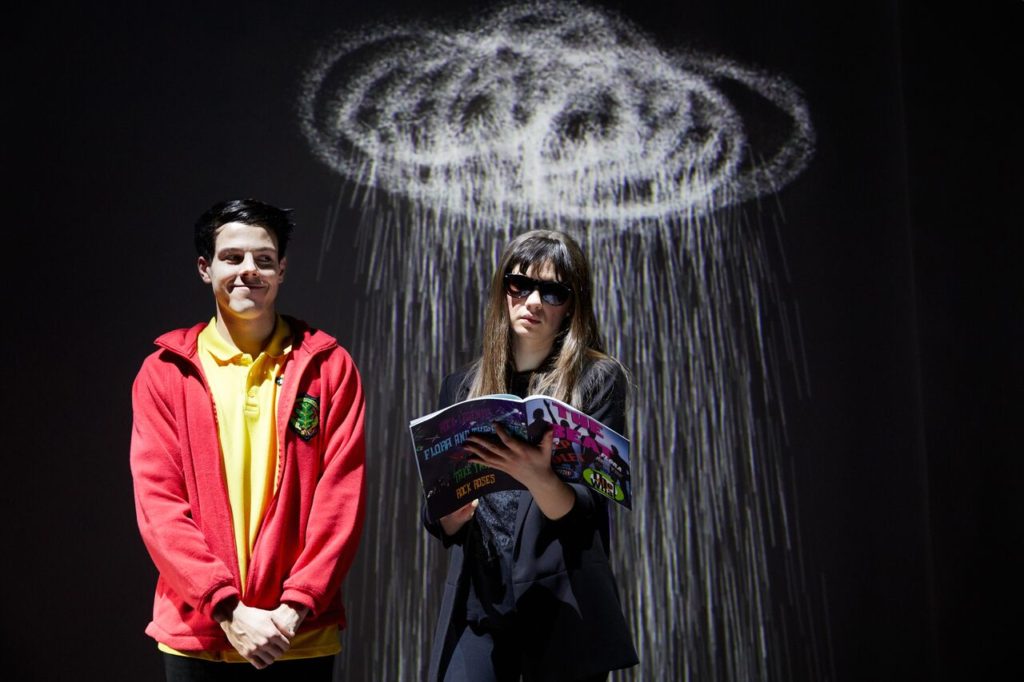 The cast is uniformly good, with Matthew Chase an engaging, likeable Tom playing the role with lots of charm. Ashley Cousins, who was so good in Awful Auntie as Soot, is brilliant here as the annoying, cloying Marcus, Tom’s nemesis, determined to help him miss the school trip. I also loved Amy Hargreaves as Delia, uber cool in her Patti Smith black outfit and shades.

The clever staging on the interactive stage that provides a constantly changing backdrop is perfect for the audience, and the catchy songs are infectious. (I love chips is a clear favourite.)

I may not have known who Tom Gates was before the show, but he now has a new fan.

The Alexandra from Wednesday 13 to Saturday 16 March 2019 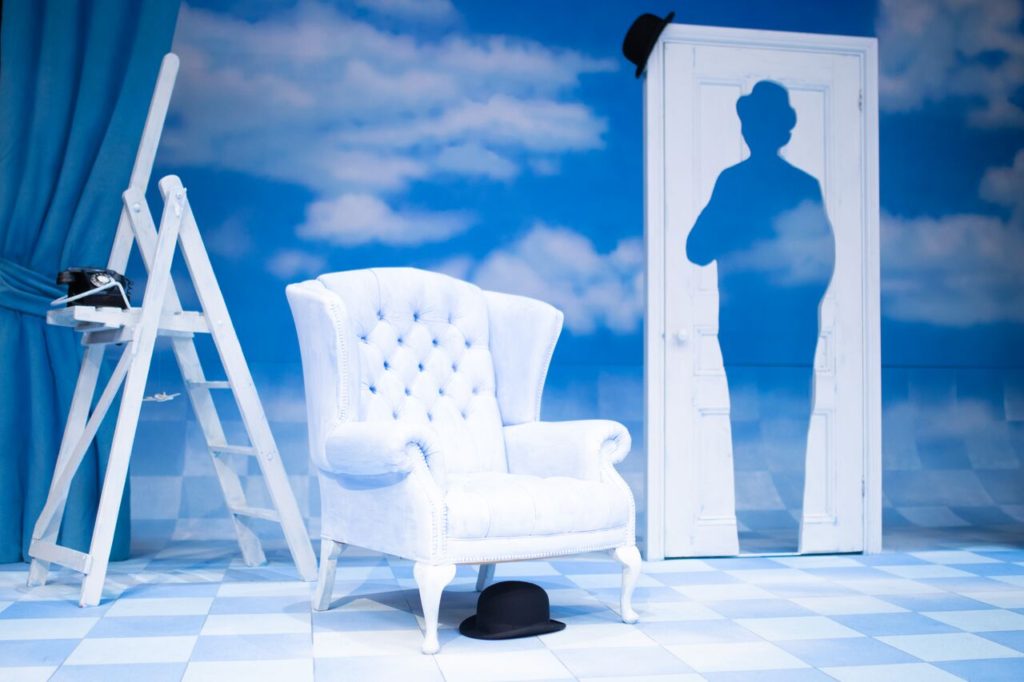