The classic John Buchan novel that became a classic Hitchcock film is also a play, or maybe that should be amended to a farce or slapstick comedy. The 39 Steps opened at the Birmingham Repertory Theatre last night, and had the audience crying with laughter. Using a brilliant ensemble cast of just 4, and with hilarious one-liners and physical comedy to rival the silent movie greats Harold Lloyd and Charlie Chaplin, The 39 Nine Steps is the most fun you can have in less than 2 hours. 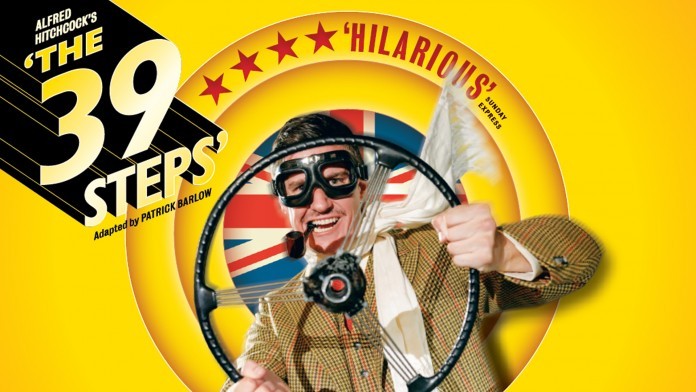 The Hitchcock version of the book is a taught thriller filled with tension and menace, but the play is a totally different proposition, played with its tongue firmly in cheek. Richard Hannay is a typical 1930s English gent, a little down on his luck and a but aimless in the idea of what to do with his life. A chance visit to the London Palladium sees him meet a mysterious woman, and when she is later murdered in his home, Richard becomes the only person who can save Britain from the work of a malevolent spy organisation known only as ‘The 39 Steps’. If this sounds all very sinister, the truth is actually anarchic craziness that has the audience splitting its sides with laughter. 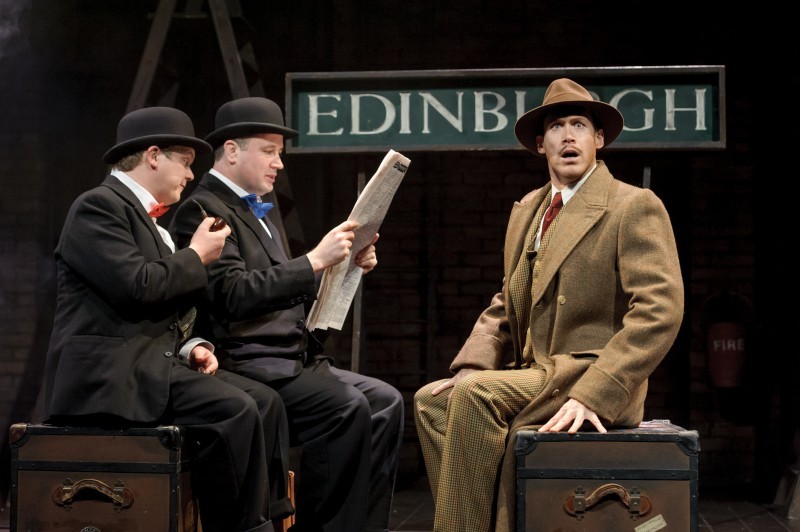 As the hero Richard Hannay, Richard Ede is great fun. Dashing and witty, he has a real talent for physical comedy, particularly when faced with having a dead body sprawled across him(his escape is hysterically funny). He is well matched by Olivia Greene who plays all the female roles, showing off a great range of accents that range from a Scottish Lilt to heavy Russian. And then we have Andrew Hodges and Rob Witcomb, who complete the cast and are referred to in the programme as Man 2 and Man 1. This is understandable as they play so many roles, but human (policeman, hotel owners, farmers, salesmen, milkman, spies, etc, etc) and also inanimate (literally every obstacle on route when Hannay and Pamela escape across the Scottish moors.) Superbly funny, showing immense versatility, Hodges and Witcomb hold the play together beautifully. 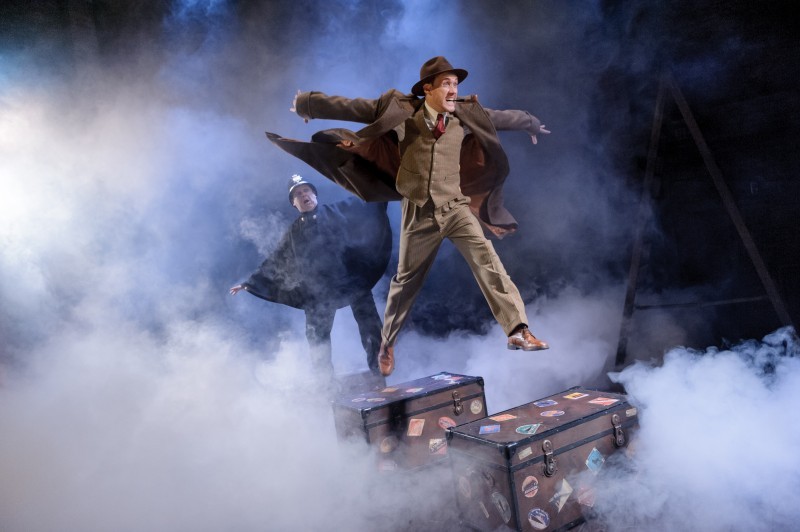 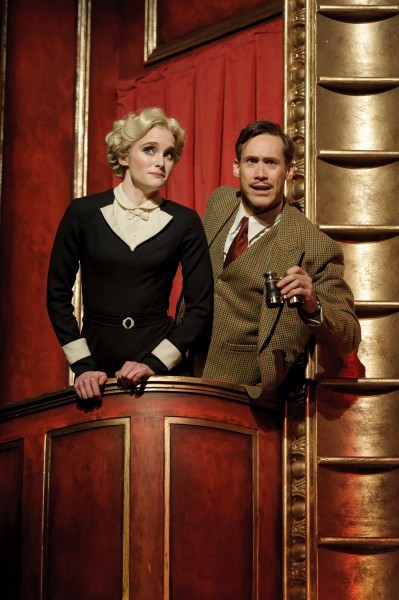 There are other moments to enjoy in this play. It is fun picking out all the references to Hitchcock, from his cameo when Hannay escapes from the train, to moments that echo North by Northwest and Pyscho. The set is sparse, and is often set up in front of your eyes, with doors that keep moving and a car that is quite literally constructed at the point when it is mentioned.

The 39 Steps is great fun. Quite simply, an unmissable hoot.