Loneliness is a problem that anyone can face, at any time of life, but it is a fact that it is more likely to occur as we get older. Key causes can be the death of a spouse or siblings, children getting married and moving away, and ill health making it more difficult to get out and about and see friends and family.  The Campaign to End loneliness identifies loneliness as:

Loneliness can be defined as a subjective, unwelcome feeling of lack or loss of companionship. It happens when we have a mismatch between the quantity and quality of social relationships that we have, and those that we want (Perlman and Peplau, 1981).

There are different types of loneliness:

When it comes to loneliness,  I worry about my father-in-law a lot. Dionisio has been a widow for more than 6 years and is not the best adept at handling the situation. He attends no clubs, is quite a private person, and lately, due to a period of ill health, he has been quite reticent when it comes to going out and about. 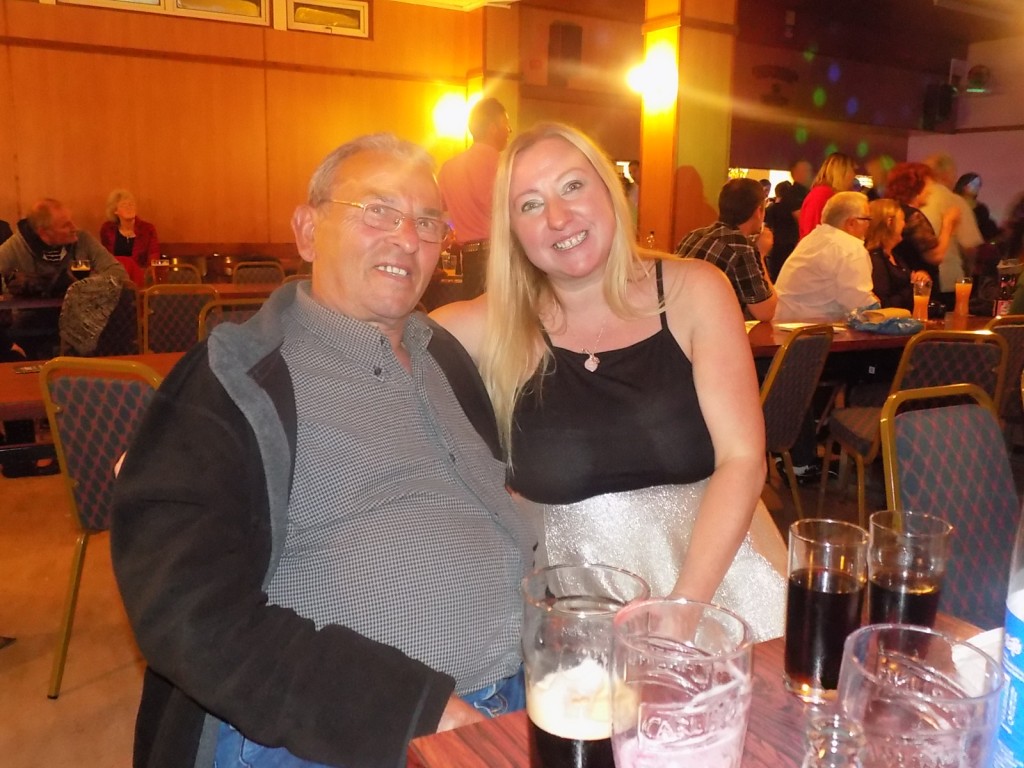 With my Father-in-Law Dionisio

Sunrise Senior Living has been encouraging people to think about ‘Not Dining Alone’, and have a fabulous array of recipes that are perfect for those hosting dinner parties, or just having friends and family around for tea. We were asked to take part in a campaign to hilight the fact that many people dine alone by hosting our own family meal, and inviting anyone along who may be dining alone.

We decided to see if Dionisio wanted to invite any of his friends along, and he chose to invite a long term friend Phil around for fish and chips. Unfortunately disaster struck twice as we made the plans. The first disaster was that Phil was taken ill and went into hospital 2 days before the planned meal. We decided to go ahead as planned, and then do it again when Phil was better. The second disaster occurred with the food itself. Pete was supposed to do the cooking as I am unsure when cooking fish, but was late from work and so I had a go… 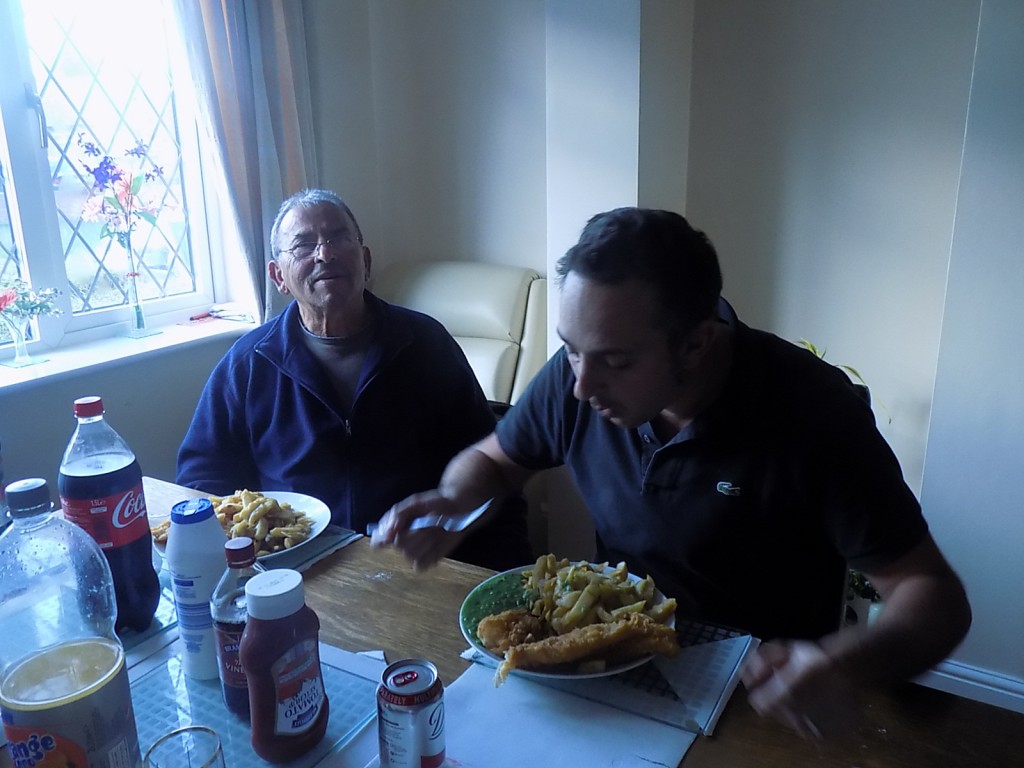 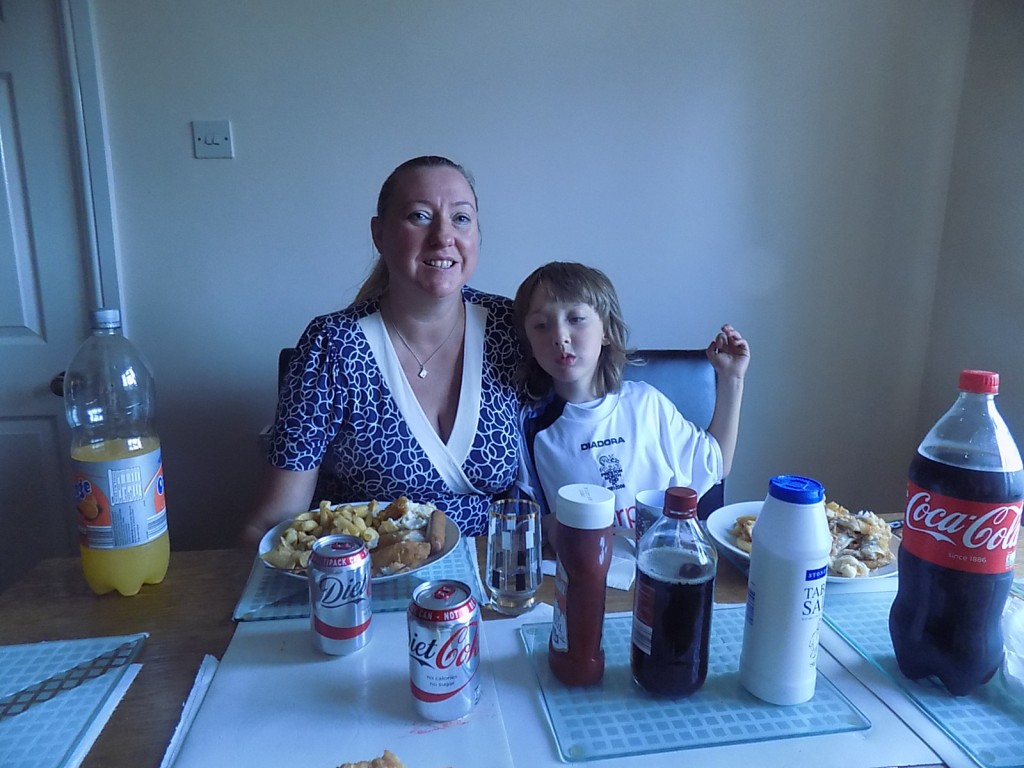 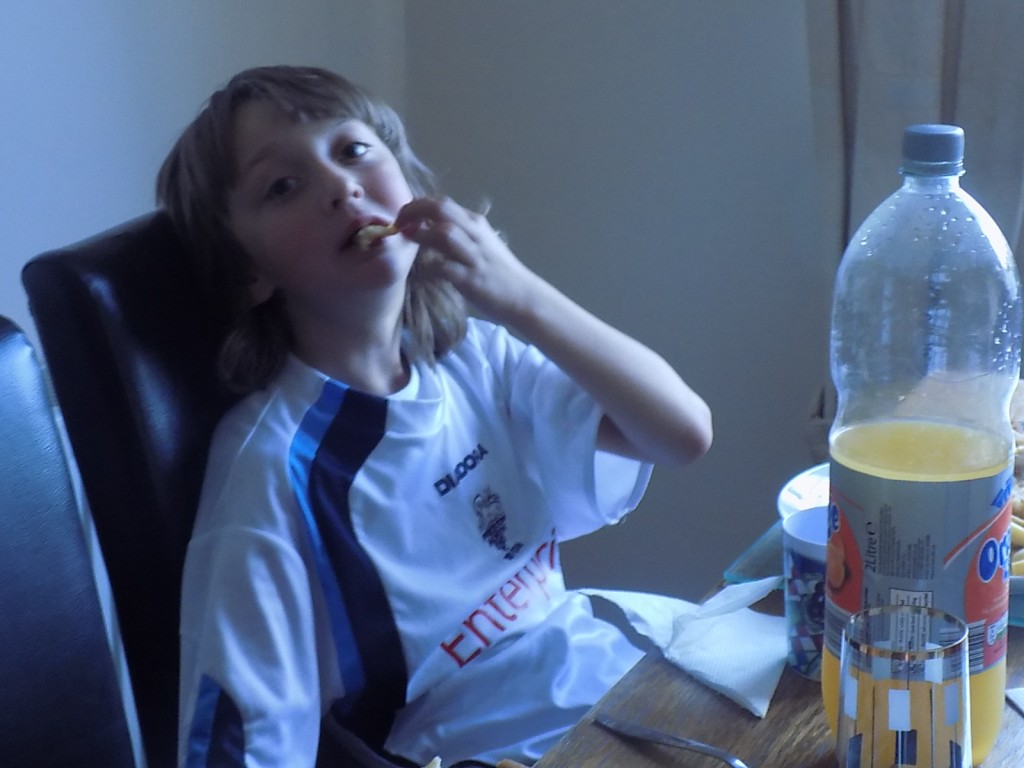 Big mistake! We ended up making a trip to the chippy for our Fish and chips, which turned out to be pretty amazing…and it also made for lots of laughs and teasing so all was not lost. 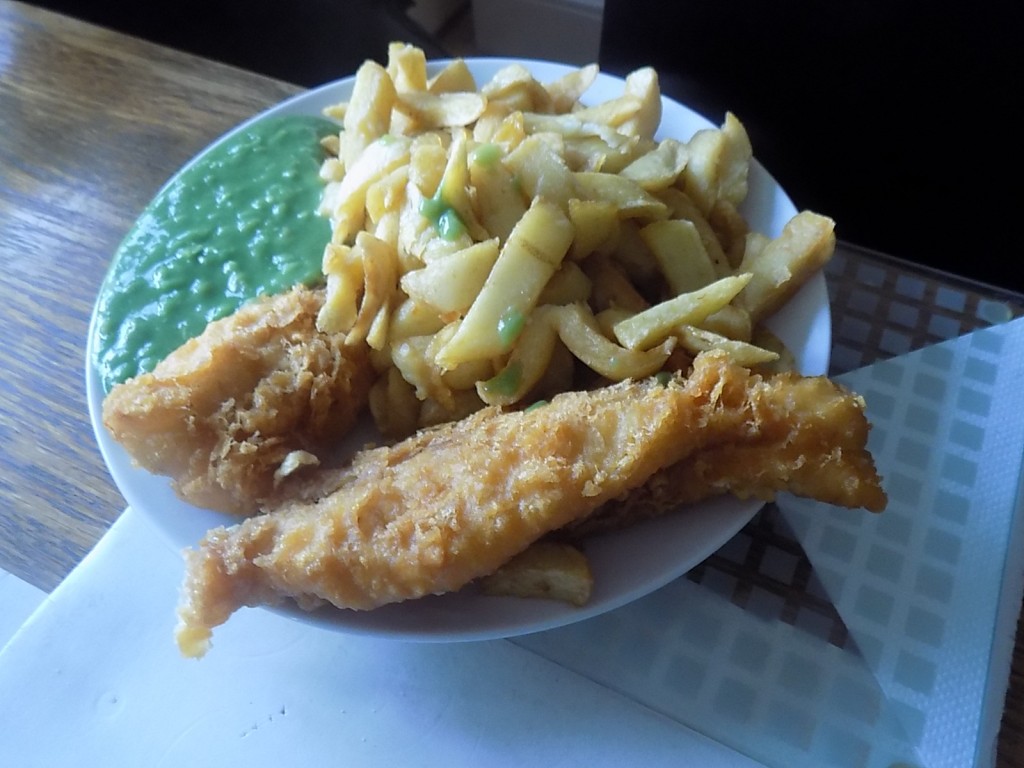 We actually had a lovely time, Dionisio enjoyed not cooking, and we have plans to do this every couple of weeks, with Phil and other old friends invited to come too (with promises that Pete will cook.) We were also dog sitting on the night, so did bring an extra guest who also enjoyed a spot of fish too. 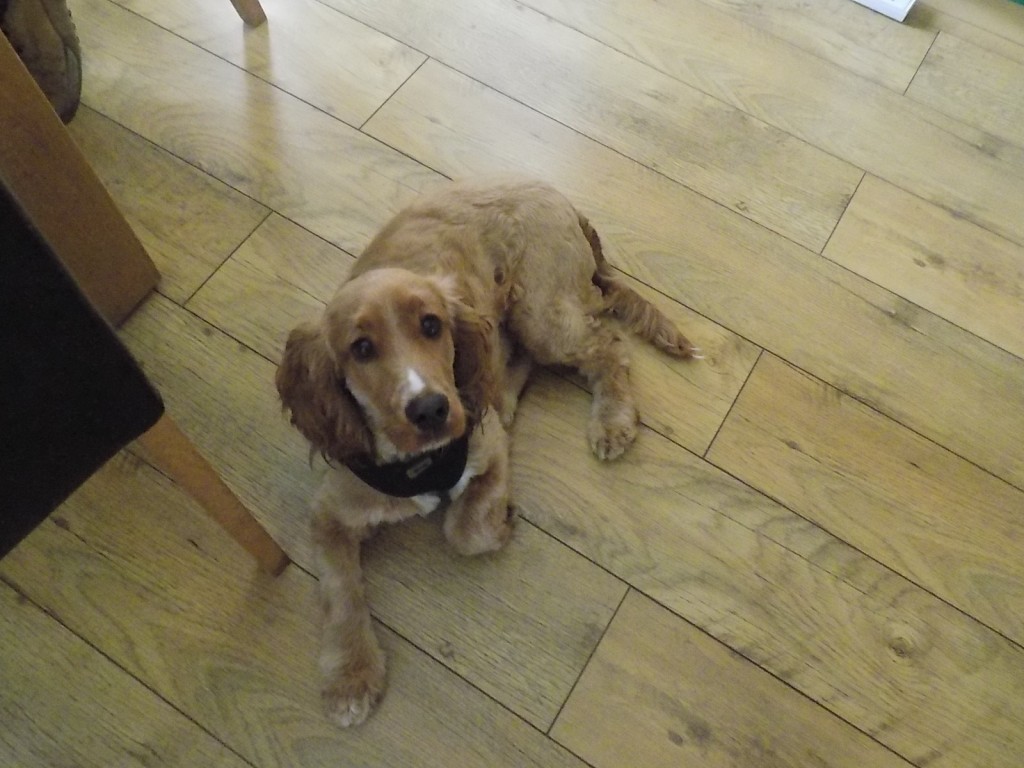 Oscar came too, another house guest, on loan from my brother.

If you have a family member, friend or neighbour who lives alone, maybe you could think of inviting them for tea – the old adage that more is merrier is definitely true.

3 thoughts on “The Campaign to End Loneliness”