The most iconic whodunit of all time? That would have to be The Mousetrap, the Agatha Christie classic which has been thrilling audiences since 1952, and is the longest running West End show of them all. Last night it opened in Birmingham at The Alexandra Theatre, and, although I, along with the rest of the audience, have been swarn to secrecy about who-actually-did-it, I can say it is a gloriously entertaining piece of theatre that has its tongue more than firmly in cheek. 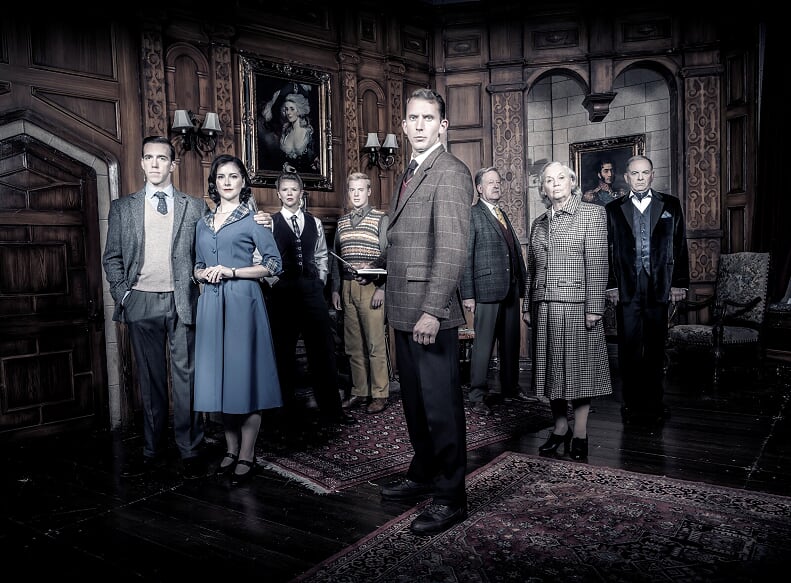 The snow is beating down, and Monkswell Hall Guest House is welcoming its first visitors, unfortunately, one of them may just be a homicidal maniac hell bent on revenge, and any of the other guests may well become victims. Luckily, a plucky police man has braved the snow in order to track down the killer. Is it the cantankerous ex magistrate Mrs Boyle, the flamboyant architect Christopher Wren, the androgynous traveller Miss Casewell or the ex Army major Metcalf? Who is the univited guest, Mr Paravicini, is he really just the victim of car trouble in the snow? And what of the rookie hoteliers Mollie and Giles Ralston? What secrets are they hiding? 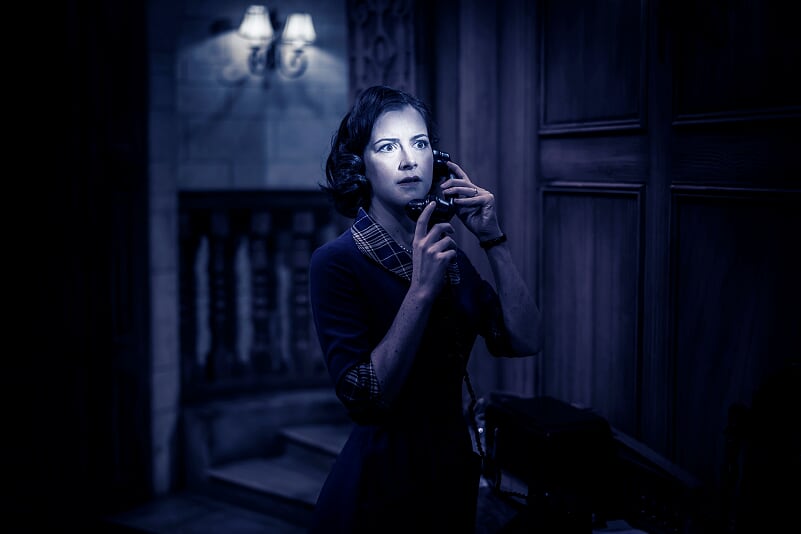 The beauty of The Mousetrap is that it has humour to match with the grisly goings on. Characters like the beautifully played Mr Paravicini (David Alcock) and Christopher Wren (Lewis Chandler) make you laugh out loud as well as wonder about who they really are, especially when Lewis as Christopher hides behind the curtains and gives everyone a bit of a fright. Susan Penhaligon is super as the rather horrible Mrs Boyle, a bigot and professional complainer if ever there was one, whilst Saskia Vaigncourt-Strallen is strident and yet vulnerable as Miss Casewell. John Griffins is also great as Major Metcalf, his calm performance always leaves you thinking that he is hiding something, and that he may be key to the story (although I’m not going to tell you if he is or not…) 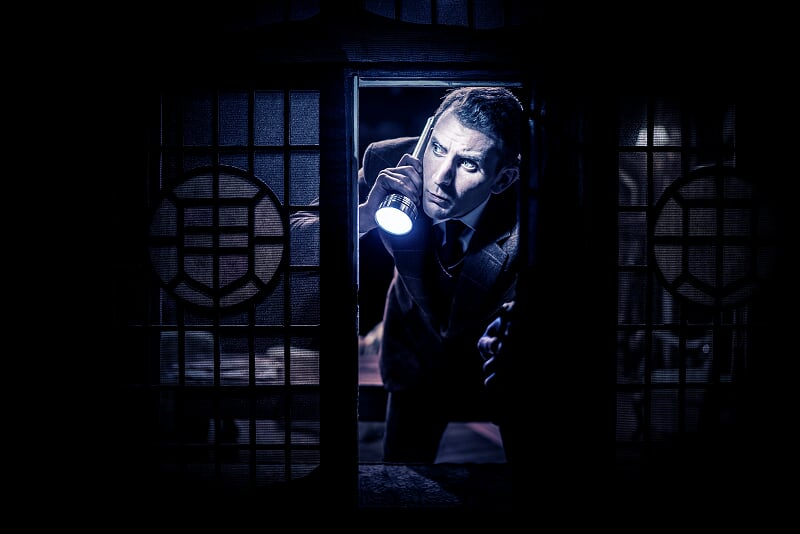 The cast is rounded out by the Ralston’s and Sgt Trotter. I love the portrayal of the Mollie and Giles, they almost seem like characters from a drawing room comedy until they start to fall apart, and Harriet Hare and Nick Biadon capture that 1950s, upper middle class English sensibilities perfectly. Geoff Arnold brings it all together brilliantly as Sgt Trotter, a working class voice amongst the middle class would be killer/victims.

The Mousetrap has gripped audiences for the last 50 plus years and will continue to do so, with its clever reveal and characters who you can love and hate in equal measures.