A virtually bare stage of a Victorian Theatre. An actor and an old man with a story to tell. Imaginary horses and a dog called Spider. None of it sounds particularly scary, but these are the ingredients of the most celebrated theatre chiller of them all. The Woman in Black has been frightening theatre audiences for over 25 years, and last night it brought its own brand of menace to the Wolverhampton Grand Theatre, and the audience loved it. 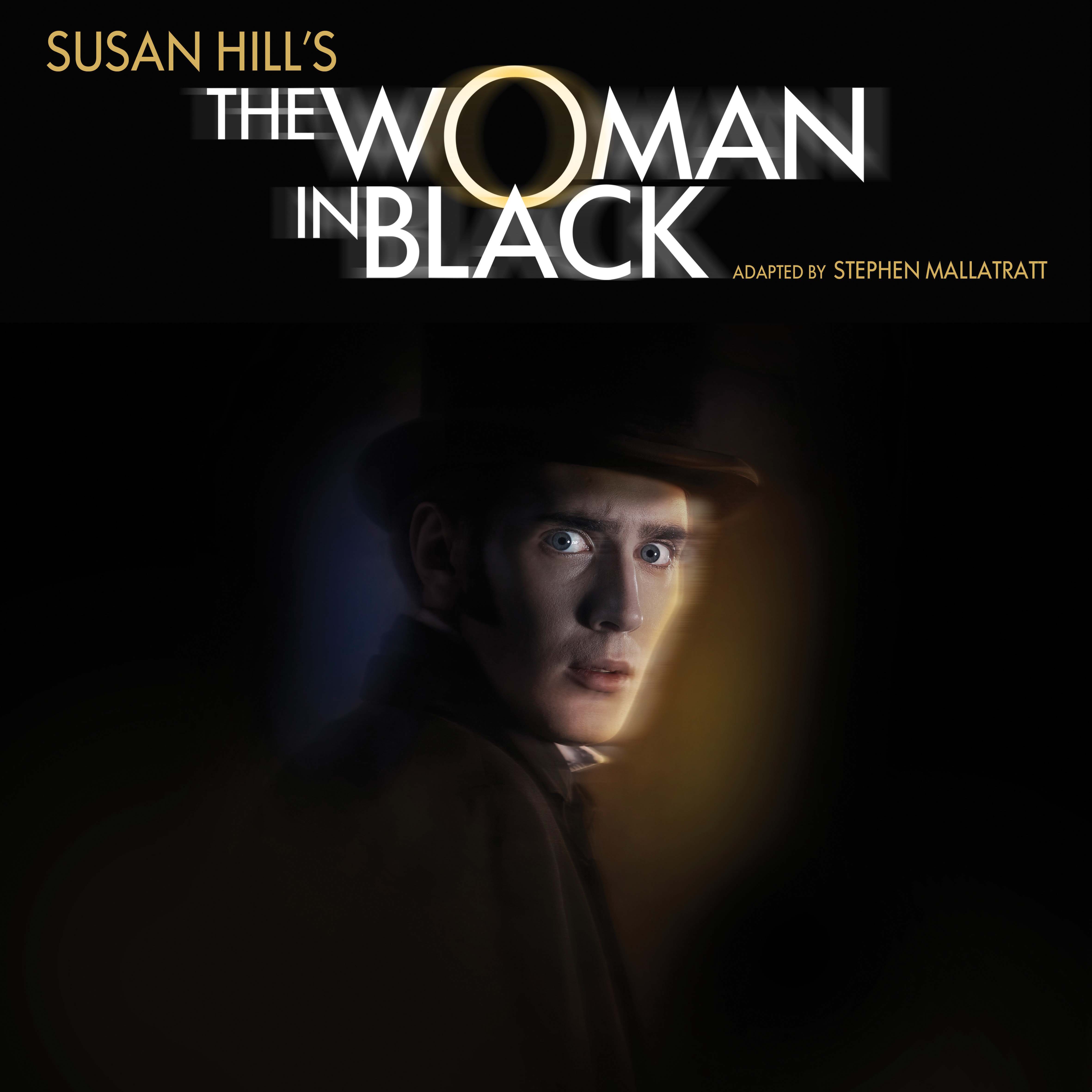 The play is a two (three?) hander. An old man Arthur Kipps (David Acton) wants to tell his horrific story of The Woman in Black in the hope it will stop the macabre events that occur when she is seen from happening again. He engages an actor (Matthew Spencer) to help him tell his story, and the actor takes on the role of a young Mr Kipps in order to tell the story, with Kipps himself playing all the other roles. What follows is a story that becomes more and more eerie and frightening as the telling continues, building up to a terrible denouement as the ghostly woman fulfills her terrible revenge against society once again. 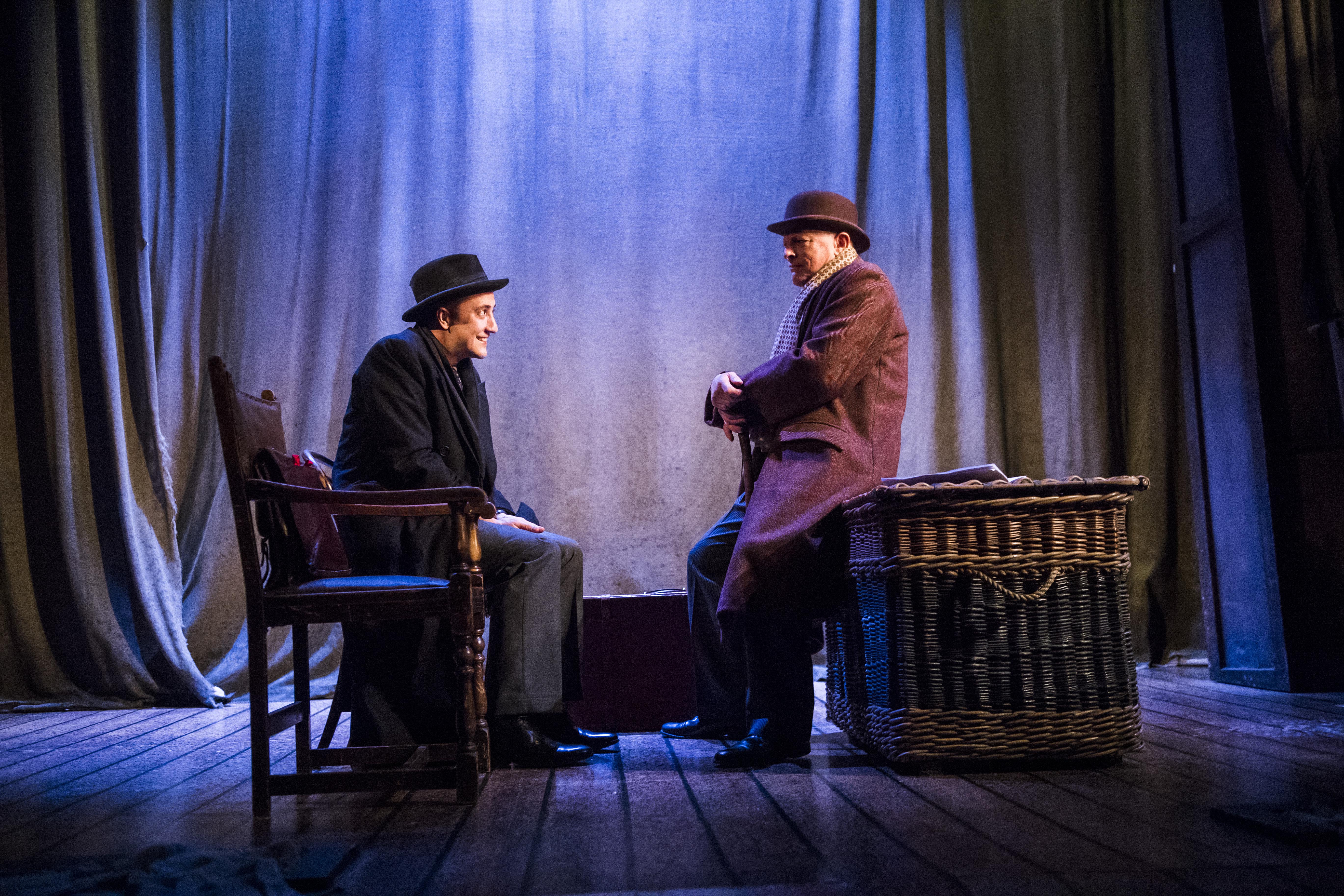 A scene from The Woman In Black  ©Tristram Kenton

The performances from the two actors are excellent, with David Acton as Kipps displaying the perfect amount of fear and desperation in his quest to tell the story. He is also unexpectedly funny in parts as he tries to get into the roles of the subsidiary characters from his tale. The Actor (never named) as played by Matthew Spencer, is brilliant as he at first shows excitement as he tries to tell the story well, and then, as he disappears into the character of the young Kipps, he becomes more and more unnerved, and then frankly terrified. The scene where he frantically tries to save Spider the dog is a masterclass in desperation and horror. 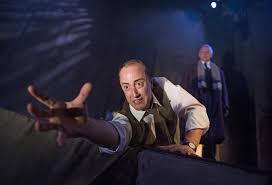 The beauty of The Woman in Black as a theatrical piece is that so much is left to the imagination, and this makes the tension uncomfortable, leaving the audience on edge throughout the play. The sightings of the woman herself are few, which makes them so much more powerful and genuinely frightening when they do occur, and the darkness of the theatre is utilised well.  Loud noises that are unexpected, smoke and mirrors as rooms are kept in shadows, and the horror as the story of the woman and her child are finally revealed all add up to a satisfying eerie experience, a perfect Victorian ghost story in the vein of MR James.

The Woman in Black

9 thoughts on “The Woman in Black – Deliciously Spooky”