Just a couple of years ago, a lot of parents including myself, didn’t know the first thing about the word “vaping”. The first Google search of mine, for the word, was enough to introduce me to the phenomena and its popularity amongst teens and various adult age groups. For people out there who still aren’t familiar with the trend maybe because of their lack of interest in smoking, vaping is claimed to be an alternative to smoking that is a lot safer, 95% safer than smoking to be more precise. Vapers (people who vape) use an electronic cigarette to inhale and exhale vapours similar to smoke, unlike the regular cigarette scenario.  E-cigs heat up the e-liquid to produce vapours that may or may not contain nicotine. 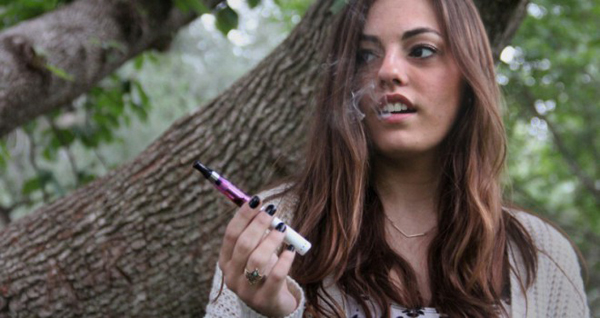 Why is it so Popular?
A variety of e-cig types like e-pens, e-hookahs, and various types of mods introduced by the e-cig industry seem appealing to teenagers as something cool, high-tech/gadget-y and fun. E-cig marketing campaigns highlight vaping as a 95% safer alternative to smoking because vapers don’t have to deal with tar-filled tobacco and other dangerous ingredients present in regular cigarettes as well as also get to choose the amount of nicotine present in their e-liquids apparently ranging from 0mg (no-nicotine) to 24mg. Even the celebrities could be seen endorsing the act with their e-cig devices at the Golden Globe Awards.
Besides the act of making huge vapor clouds, the main feature that makes e-cigs popular among teenagers and various other age groups is the availability of e-liquids/e-juices in various playful flavors like custards, candies, fruits, cakes and the list goes on. There are more than 7,700 e-liquid flavors offered by various brands that are equally sold online as well.

What You as a Parent Can Do?
The main thing you can do as a parent is be informed, so that you can pass the correct information onto your child. Superior Vapour has produced the detailed infographic below, which gives you lots of facts and figures about current vaping information and trends, and this could be a useful starting point.

If you ever happen to find out that your teenage kid is vaping then it is important that you must handle the situation without losing your cool. If your kid is underage then tell him/her to wait until they’re of an age to legally purchase and use the product. This way, you will be able to avert them from vaping as long as you can and until they are old enough to make a wise decision. Kids these days still look up to their parents and listen to them, so if you handled the situation right, hopefully, you wouldn’t have to ask them a second time.

One thought on “Vaping: Is It A Parental Concern?”