This one is almost a no brainer, the whole reason you come to Orlando is to take the kids somewhere right? Or is it because secretly you’ve always wanted a reason to go on the rides but don’t want to admit it, its fine we’ve all been there.

There are so many more pleasures to be had in and around Orlando than simply the theme parks, but they are a necessity. 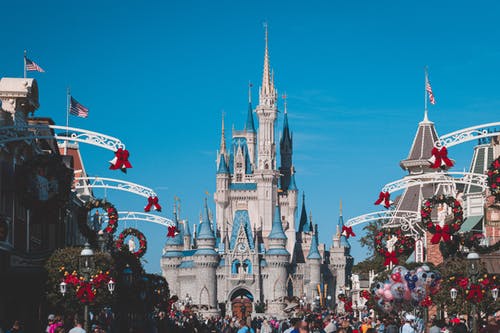 A day trip to Cape Canaveral could be first on the agenda, this is ground zero for NASA, the Kennedy space centre calls this place its landing pad. The centre is filled to the brim with shuttles and artefacts from missions into the great unknown, satellites that are out of commission and the astronaut training experience. On the website for the Kennedy space centre there is a ticker, if you time your trip just right you can watch one of these great flying machines jettisoning into space, tell me a child that won’t remember that for the rest of their lives?

Save yourself money and convince yourself that the more you do before getting to the theme parks the greater the appreciation will be once you arrive. Keeping this in mind another trip ahead, that is closer to central Orlando and still just as exciting, is to the statewide maybe even globally famous Gatorworld. A wander around the grounds will give you the opportunity to have your photo taken with a big one (Safely), hold a little one and feed one off the walk over bridge.

Now that you have seen more than just the theme parks it’s time to dive into the thematic atmosphere. When it comes to these theme parks a lot of them have package deals where you can stay in a hotel that offers you coach trips to and from the front door every day, great if you are wanting to sit back and let them do the driving however Orlando is a huge place and mostly only accessible via car so at least compare the prices first on enjoycarhire.com  to make sure you get the best option for your family holiday.

With Star Wars being such a huge part of every child’s life then you will want to start with Galaxy’s Edge, situated inside Disney’s Hollywood Studios, here you can touch the millennium falcon, hug a Wookie and engage in a lightsaber duel with a storm trooper. Most other Disney theme parks are part of this establishment.

It’s not all Disney though as Universal Orlando Resort holds another child favourite, home to the Wizarding World of Harry Potter, if you don’t take your muggle legs here then your wizard children may expelliarmus you all the way home.