It doesn’t matter which town I happen to be visiting, I always look out for interesting buildings, with Art Deco being my favourite style to find. Sometimes it turns out that some of the most fabulous, and interesting examples are actually on your doorstep. Wolverhampton is a key case in point. A recent trip to Wolves uncovered so many fabulous and diverse examples of Art Deco buildings that this original post has stretched into two, with another trip on the agenda to photograph those that I didn’t get around to.

Wolverhampton is a fascinating city when it comes to architecture, as it has such a lot of different buildings in its city centre, including the Victorian Art Gallery and St Peter’s Church. But it is the Deco that really shines, with the glorious building that is Beatties department store the real jewel in the crown. The corner of this building, with its famous elephants, was once Burton, a brand that is still renowned for the fascinating designs of so many of it’s stores. Beatties is now House of Fraser, and so is a threatened landmark, but I really hope it continues to bring its own brand of elegance to Wolverhampton for many years to come. 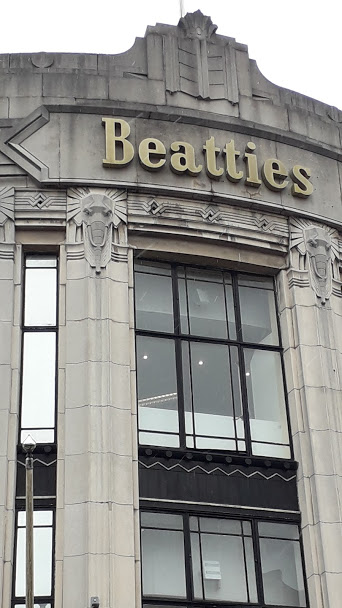 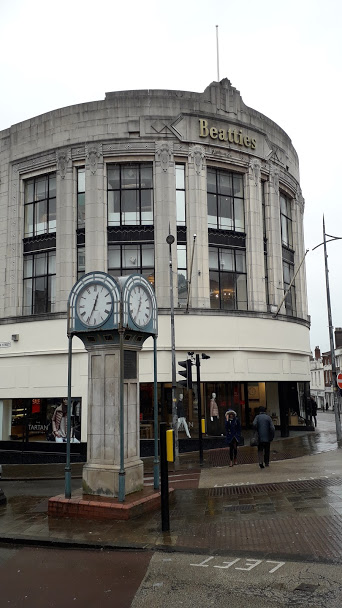 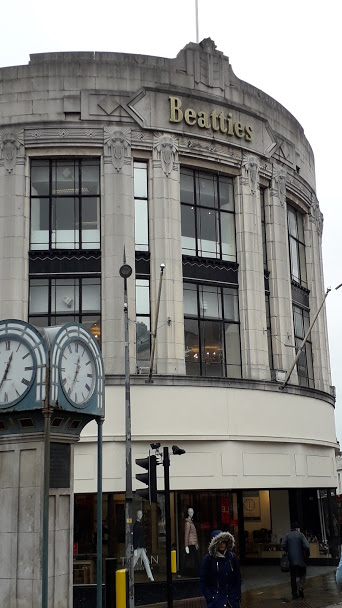 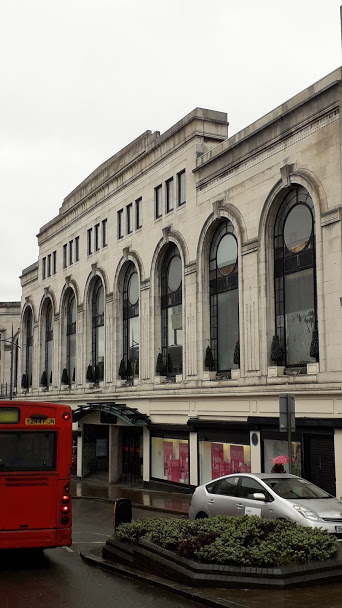 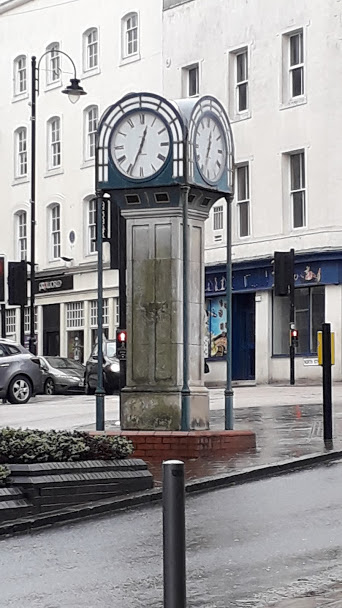 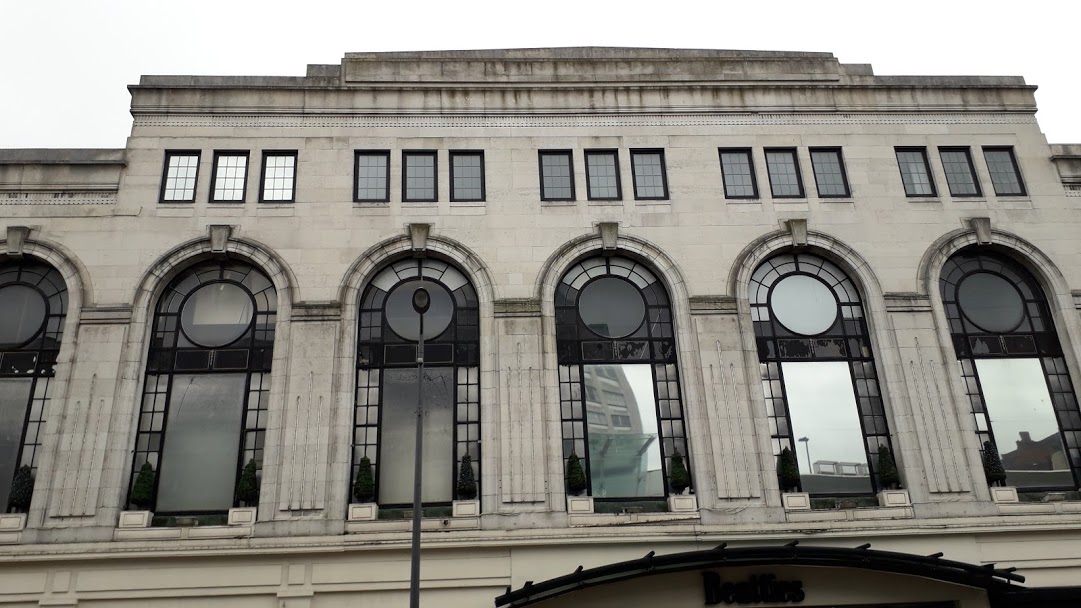 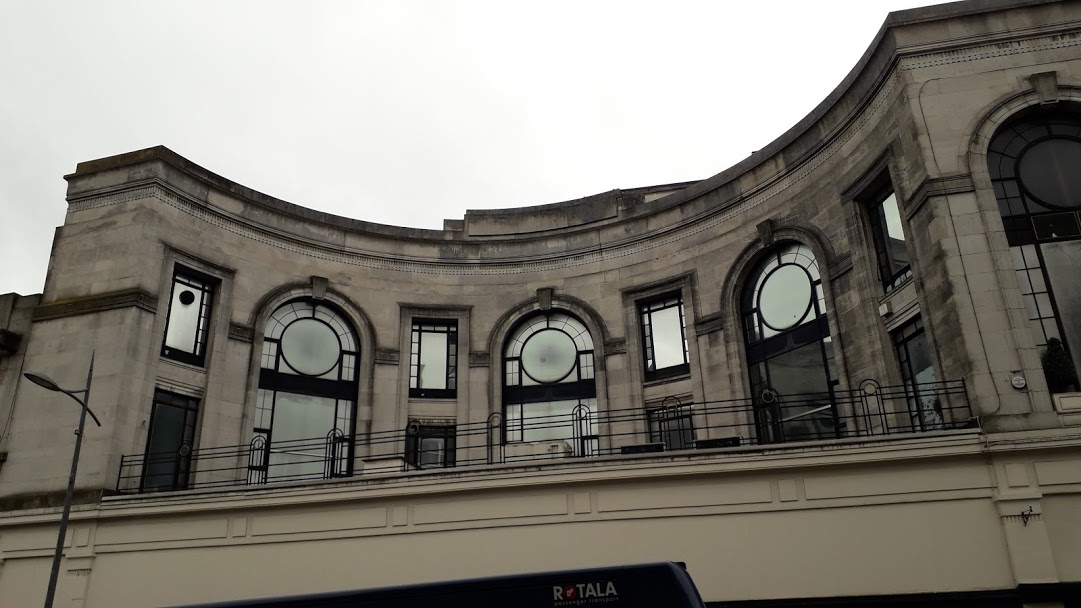 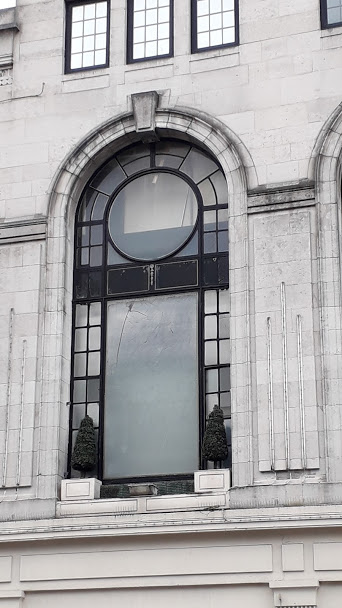 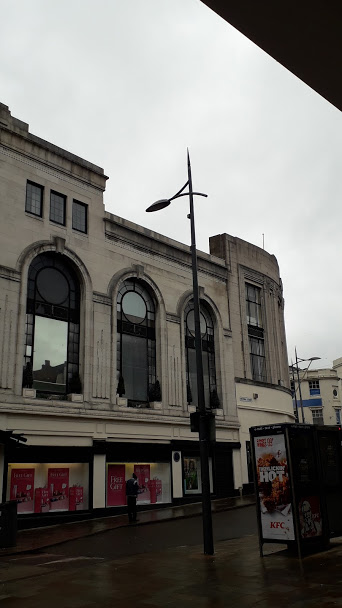 Another beautiful example of deco/modernist style. but one that is currently in a poor state of repair, is the Co Op building opposite the Grand Theatre. This building was built in 1931 and has a style that recalls the passenger liners of the era, with porthole style windows. It may be returned to its previous glory soon, as there are stories that it is about to be turned into a Wetherspoon’s hotel and museum. 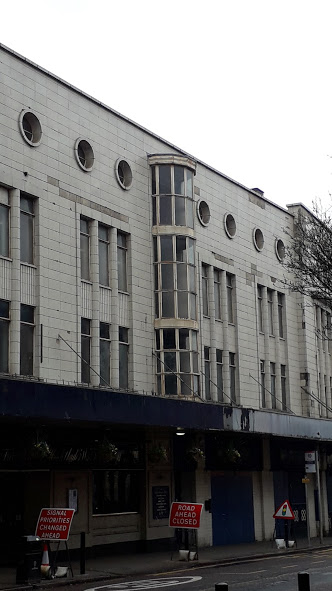 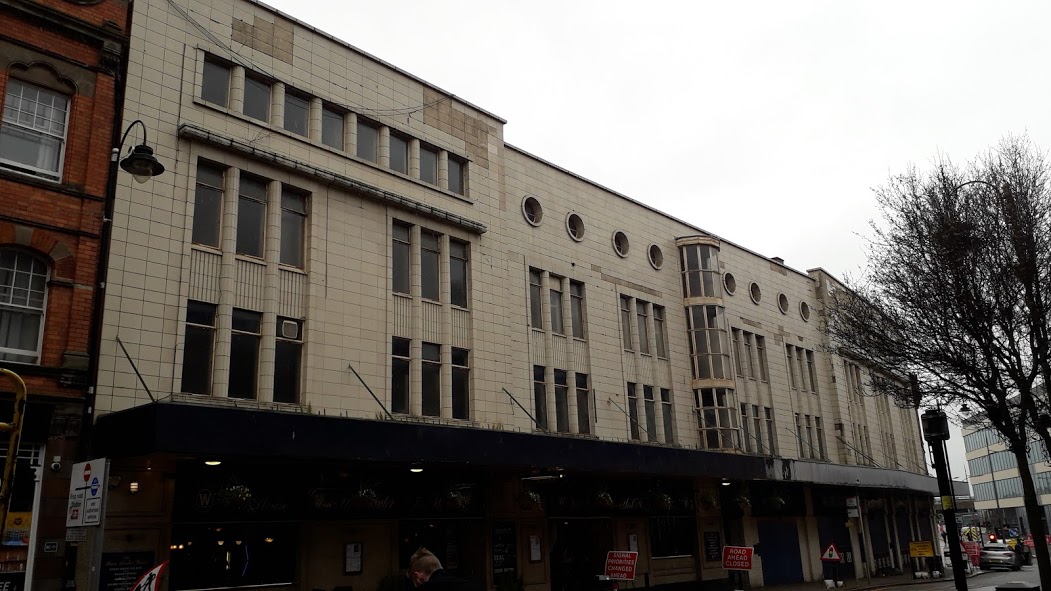 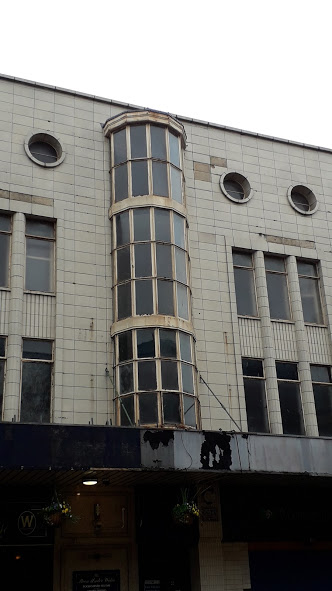 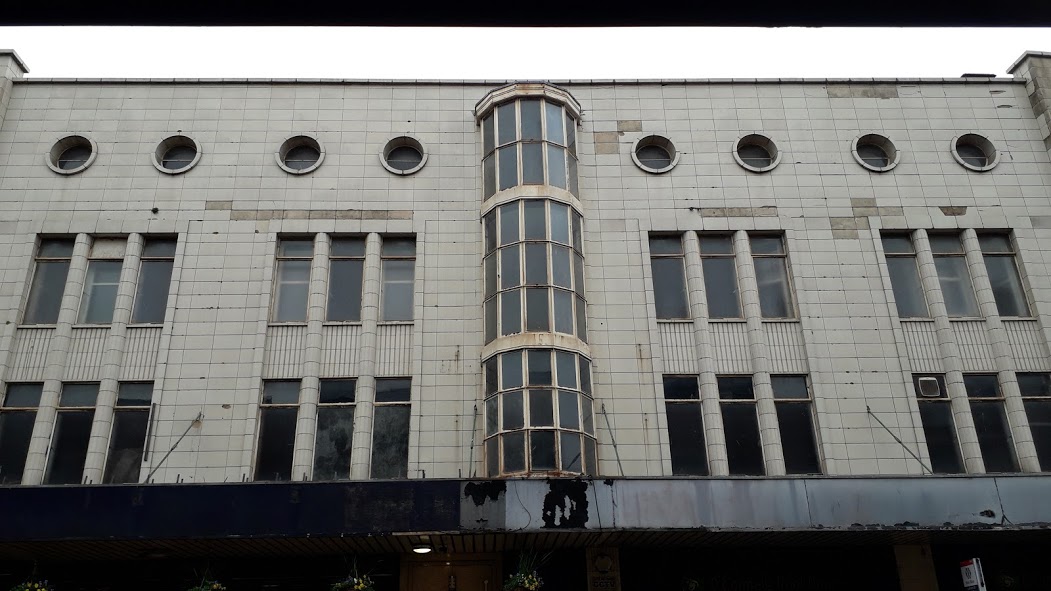 The Wolverhampton Express and Star building is locally listed and was built in 1934. It has two wings and a central bay, which has an exquisite sculpture of Mercury as a centrepiece. I love this building on Queen Street, it stands out as beautifully modern on a street that is full of Georgian buildings, and its stunning clock is almost a mix of Deco and Nouveau. 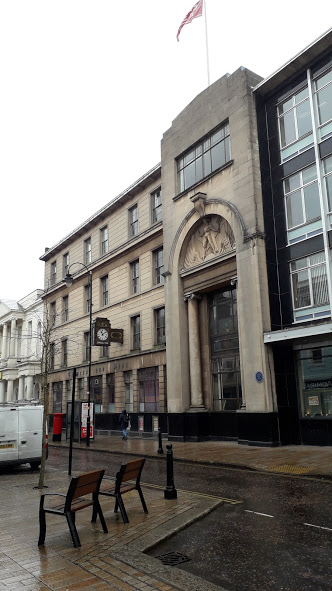 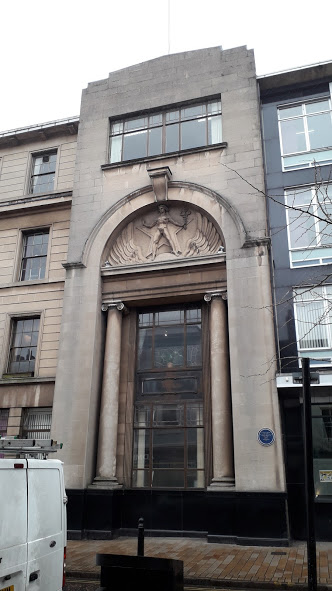 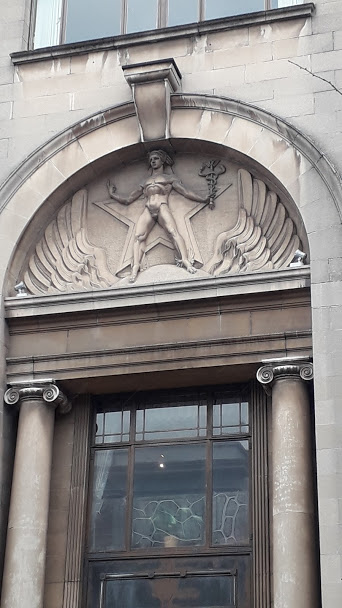 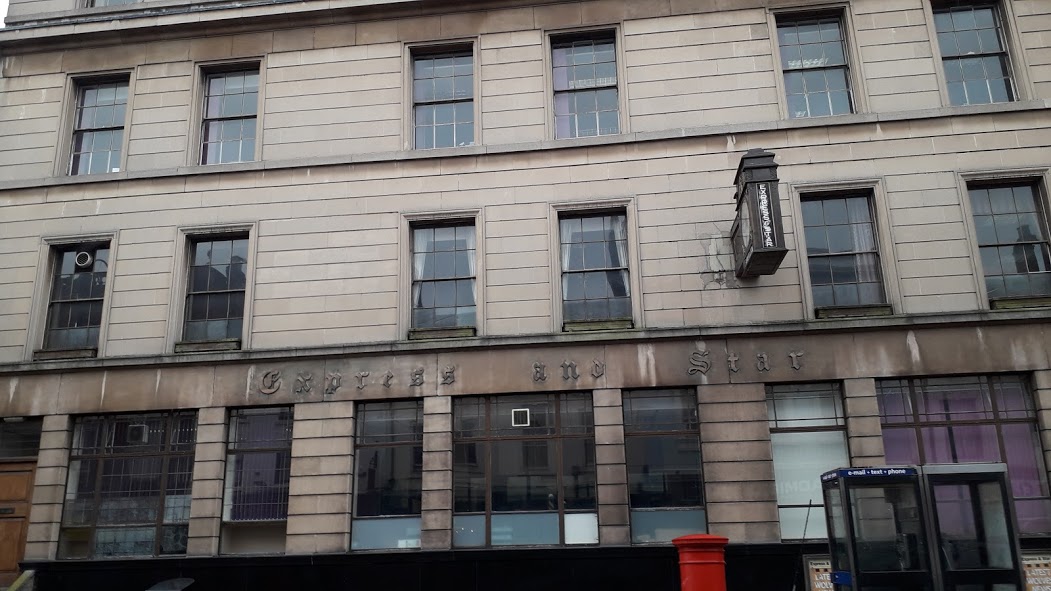 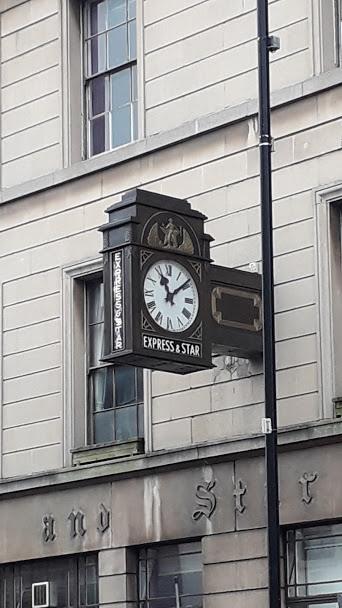 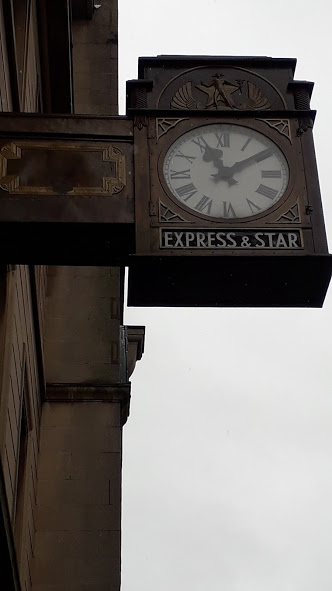 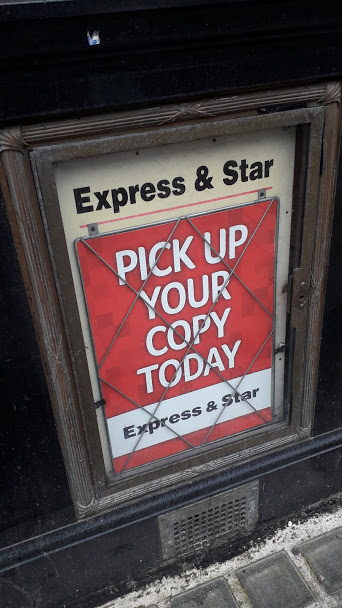 Odeon cinemas were renowned for their glorious designs, mainly in an Art Deco style by Harry Weedon. Many have unfortunately been demolished, been Wolverhampton’s majestic cinema is still intact, albeit now in a different guise as an Asian banqueting suite. It was built in 1937 and is almost a perfect example of an Odeon, a truly magnificent building. 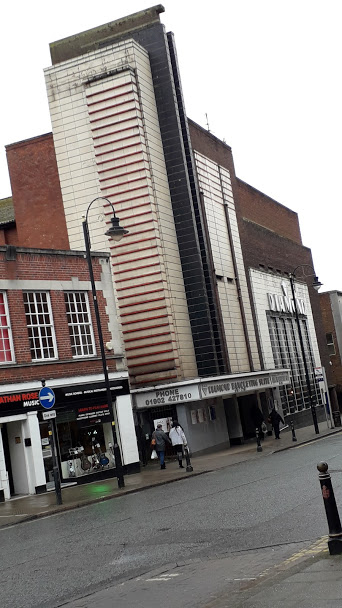 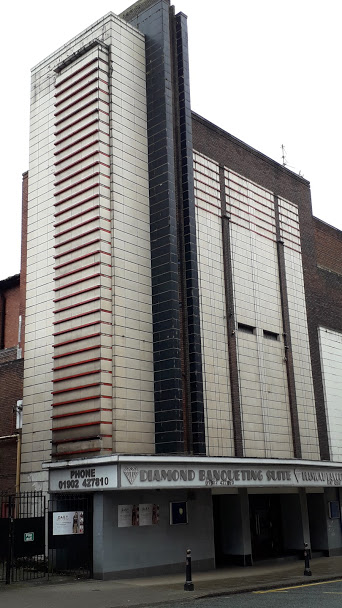 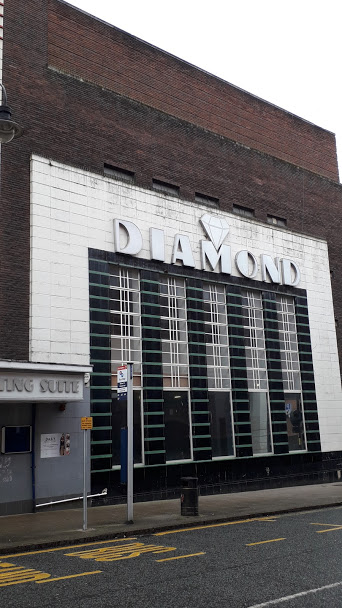 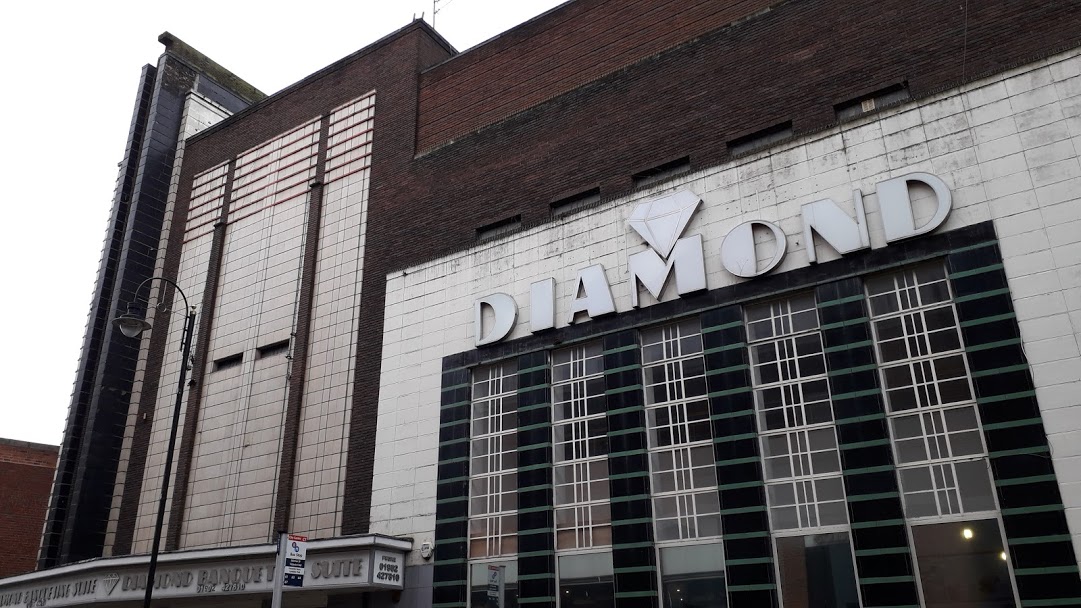 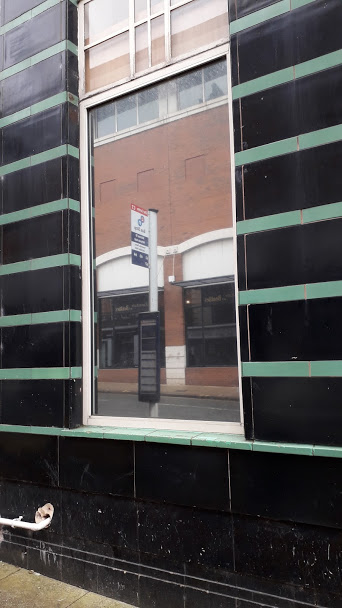 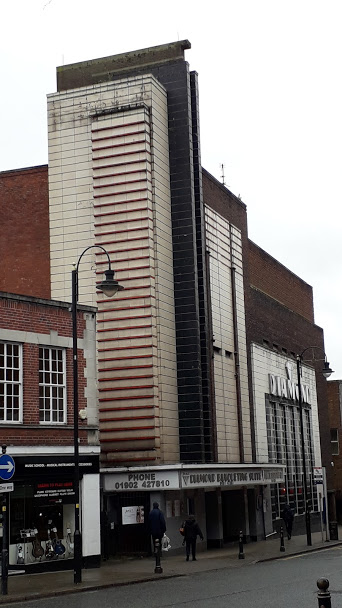 I really don’t know anything about my final building. it is definitely deco in style, reminding me of the former Woolworths building in Blackpool, but I can find no information about what it once was. Any ideas folks? 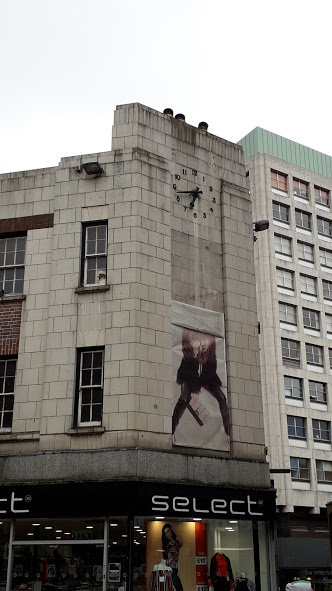 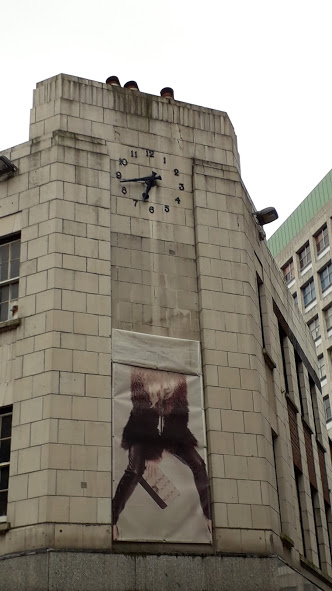 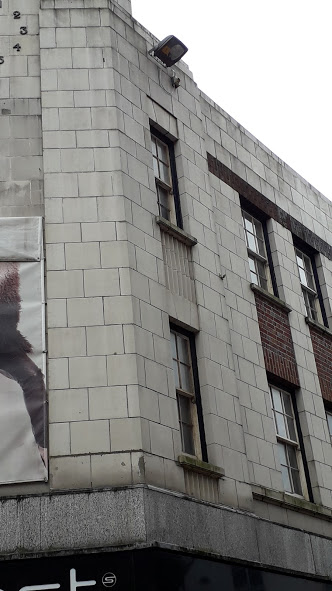 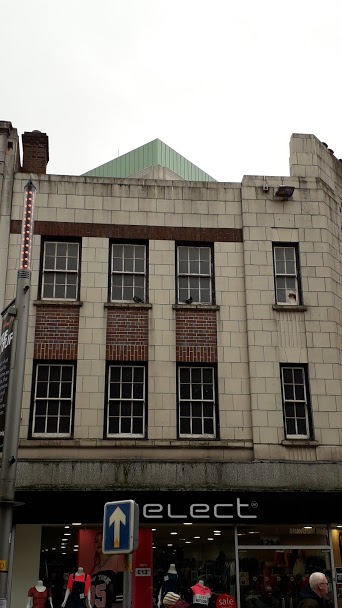