Last week saw the launch of Benidorm Live, the stage spin off from the successful TV comedy that will be arriving at The Alexandra Theatre next month. Writer Derren Litten, and stars Tony Maudsley, Jake Canuso, Janine Duvitsi, Sherrie Hewson, Adam Gillem and Shelley Longsworth were at The Alexandra to talk a little about the new show and the opportunity to recreate their TV roles on stage.

The cast took part in a rather raucous and hilarious Q&A session where Derren revealed that he had finally been persuaded to transfer the show to the stage because it would be in smaller theatres, and therefore more intimate, rather than as a stadium tour where most people would have to watch on big screens. He revealed that the new adventures in Alicante which make up the new show can be a standalone piece to the TV show, you don’t have to watch one to enjoy the other. 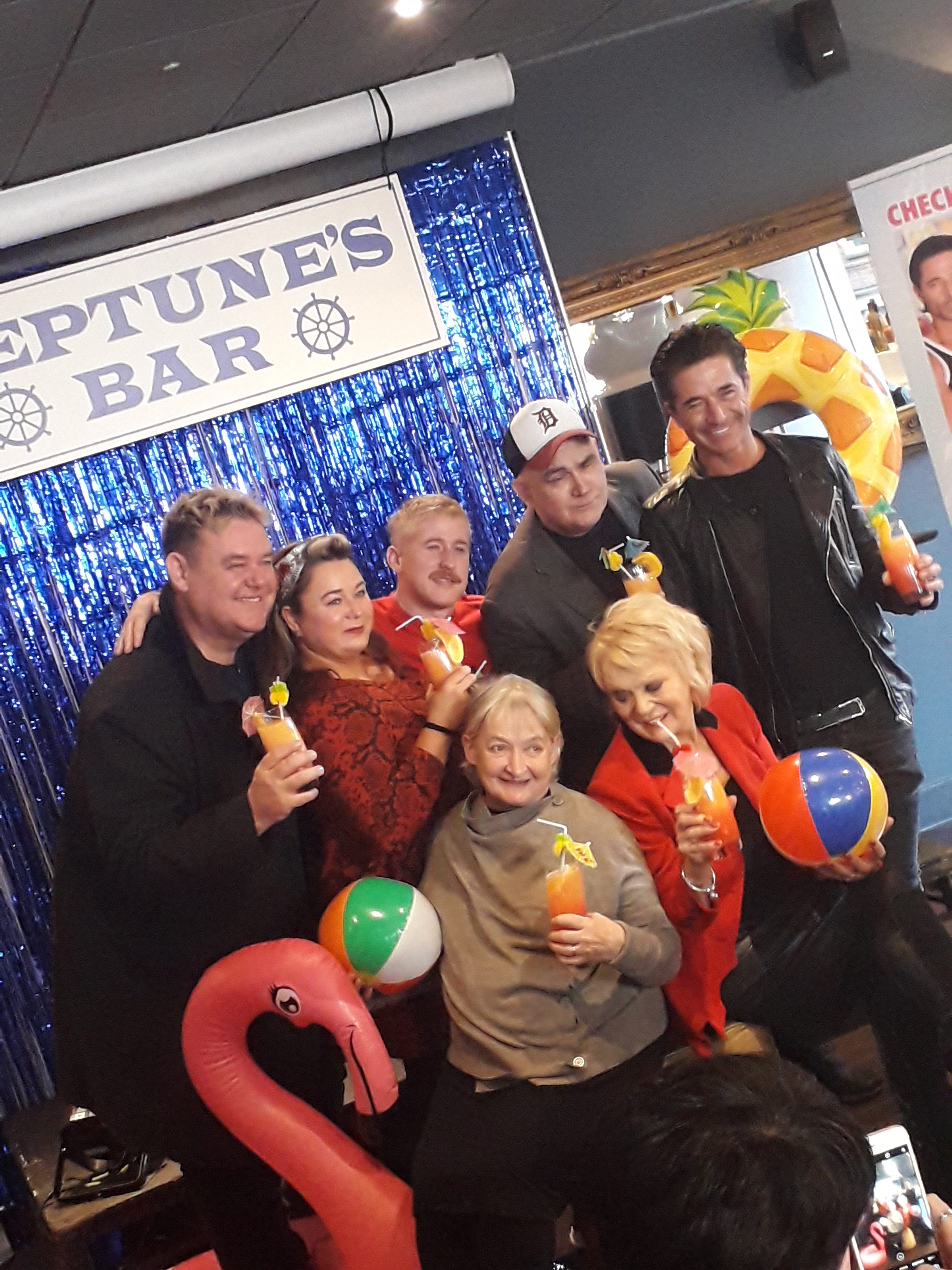 There were funny anecdotes from the cast that included Jake Canuso talking about his original audition for the role of Matteo, with Derren revealing that the actor is very pale in real life so they wondered ‘how the f*** we could make him look Spanish.’ Jake revealed that he thought he had messed up his audition as the producers were laughing so much, he didn’t realise it was because they found it funny. 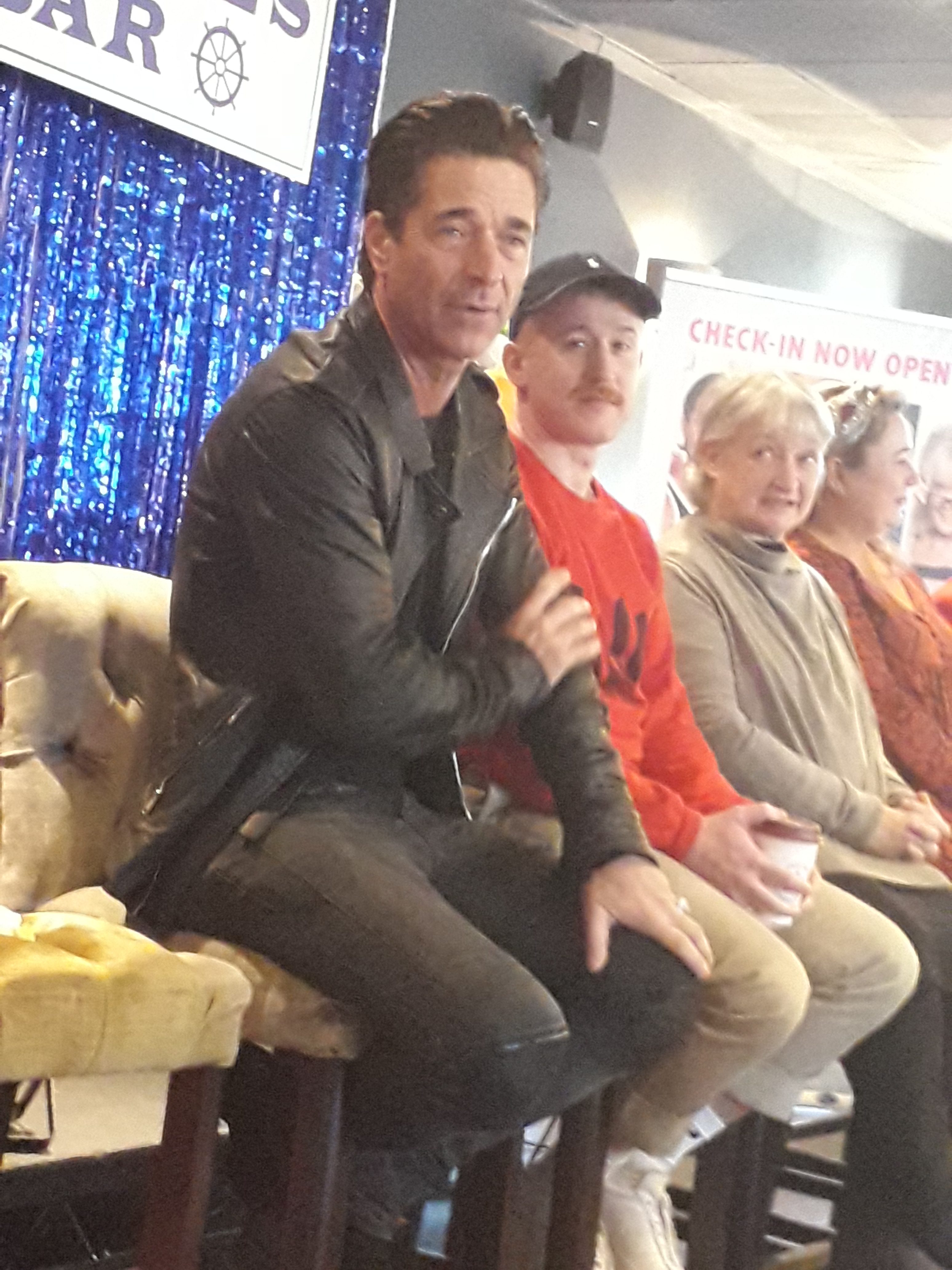 Janine Duvitski, who plays the hilarious, and rather naughty Jacqueline revealed that he perfect co-star would be Colin Farrell, whilst is seems that Adam Gillen (Liam) has a bit of a sock obsession, although he was wearing a pretty tame pair for the launch. Sherrie Hewson, the brillaint Joyce Temple Savage in the show, was challenged to a game of ‘Shag, Marry, Kill’ by Derren, and although she declined to answer the first one, revealed she would marry Jake and kill Adam. 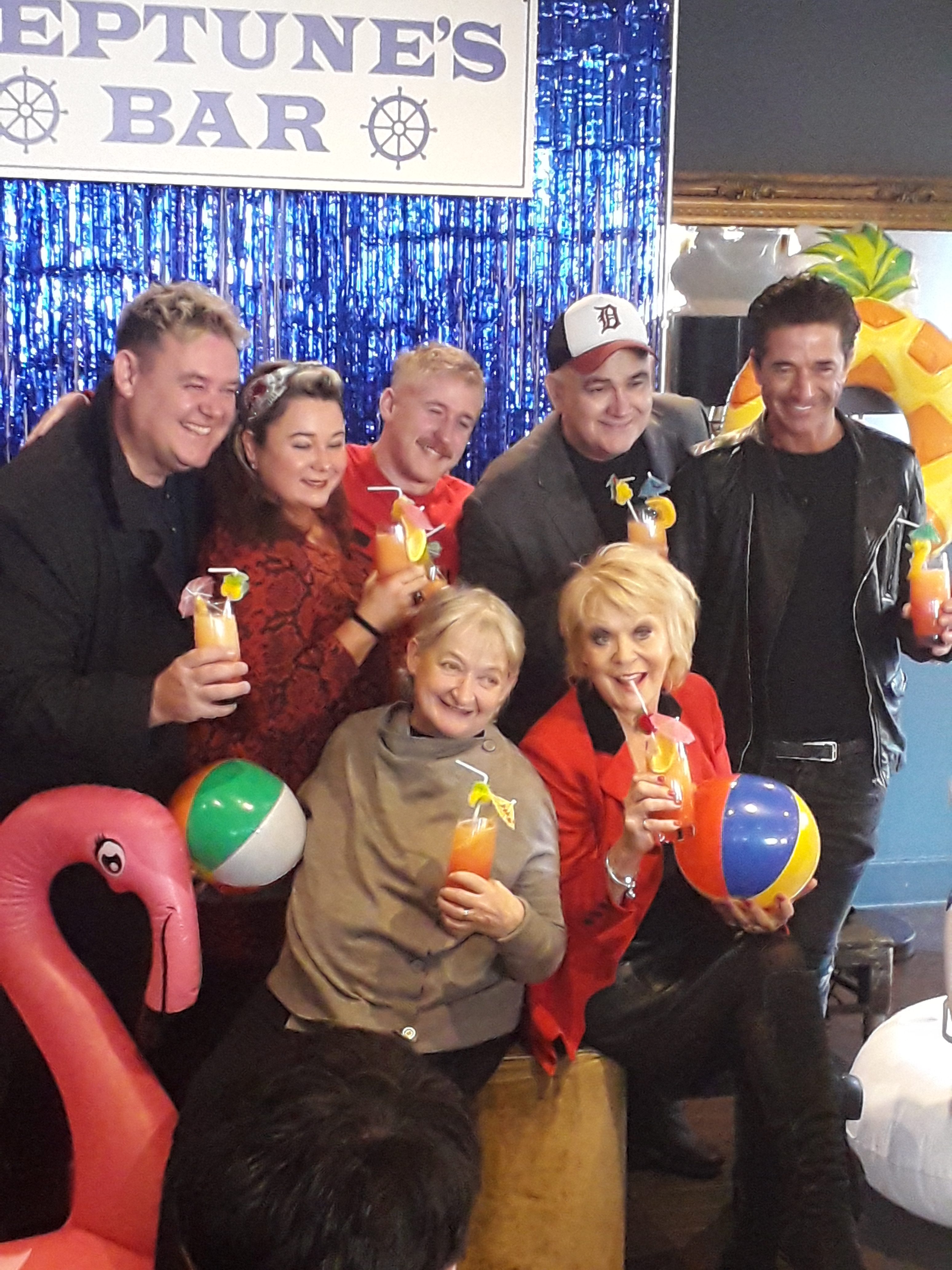 It was a real fun morning, with mocktails and the stage made to look like Neptunes Bar all set for Karaoke.

If the press launch is anything to go by, the show will be hilarious and unmissable. 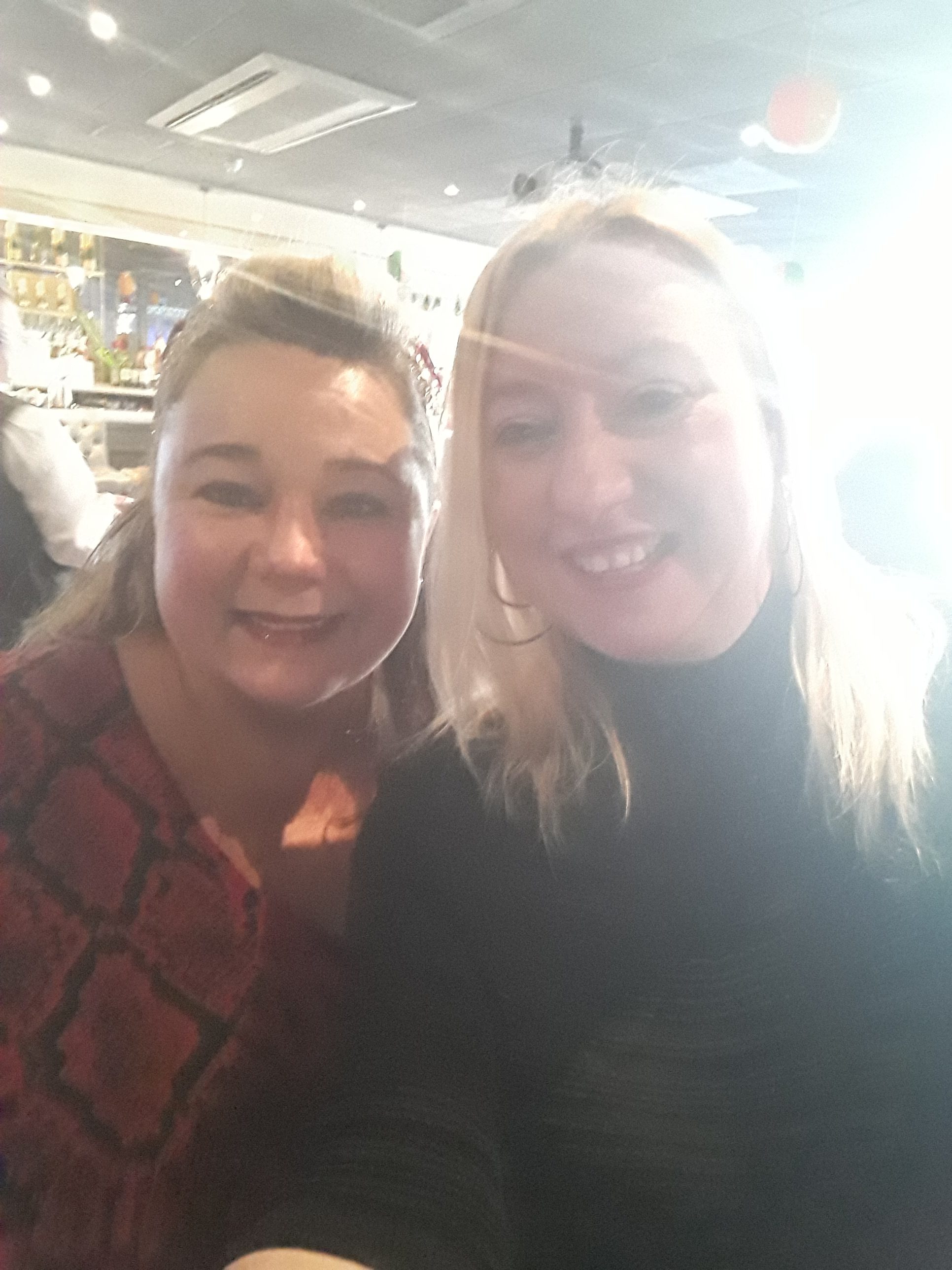