The Olivier Award winning play Blue/Orange had its press night last night at the Birmingham Rep. This darkly funny play questions perceptions of mental health and race and proves to be a powerful and thought provoking piece of theatre that leaves as many questions unanswered as it answers.

Christopher is a 24 year old black man who has been sectioned following an incident in the market where he works. He is due to be allowed home in 24 hours, but his doctor Bruce doesn’t think he is yet ready to face the outside world, believing Christopher to be an undiagnosed paranoid schizophrenic. He calls in his supervisor and mentor, the consultant Robert, who is currently working on a book about black psychosis, to give a second opinion. What then occurs is a power struggle between the two medical professionals over whether or not Christopher, who believes himself to be the son of Ugandan dictator Idi Amin, is fit and well enough to leave the safety of the hospital. 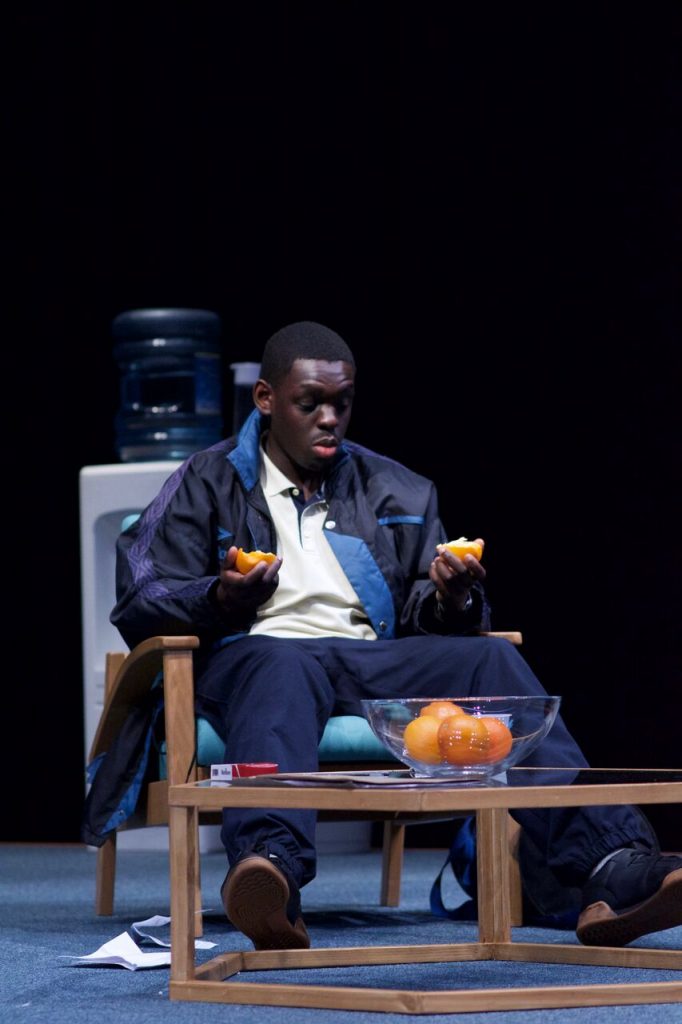 Blue/Orange is a brilliantly scripted play by Joe Penhall, and under the direction of Daniel Bailey it is a superb piece of theatre that shifts our sympathies and our allegiances between the characters at will. Is Christopher really delusional, or could he be the son of a dictator,as the evidence he keeps in his wallet seems to suggest. Is Bruce right in his diagnose, or is he just naive and inexperienced in caring for patients – will he want to section every patient he sees. And as for Robert, does he really care for Christopher as a man, or does he need a ‘guinea pig’ in order to prove his theory on black psychosis? 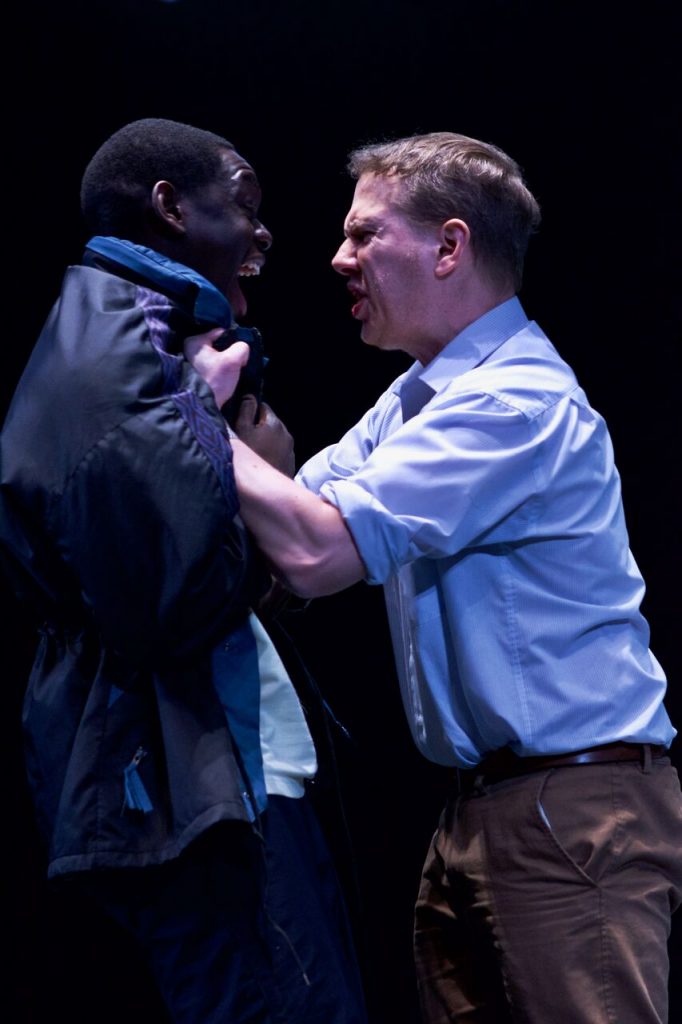 The perfectly cast ensemble are wonderful. Silent Witness’s Richard Lintern has just the right amount of charm and smarm to make his character Robert inherently dis-likeable. He is patronising, superior and has racist tendencies that make you question institutional racism. He is matched by Thomas Coombes as Bruce, idealistic and friendly initially, Coombes is brilliant in portraying the growing fear and despair of a man who is seeing his promising career about to disappear. 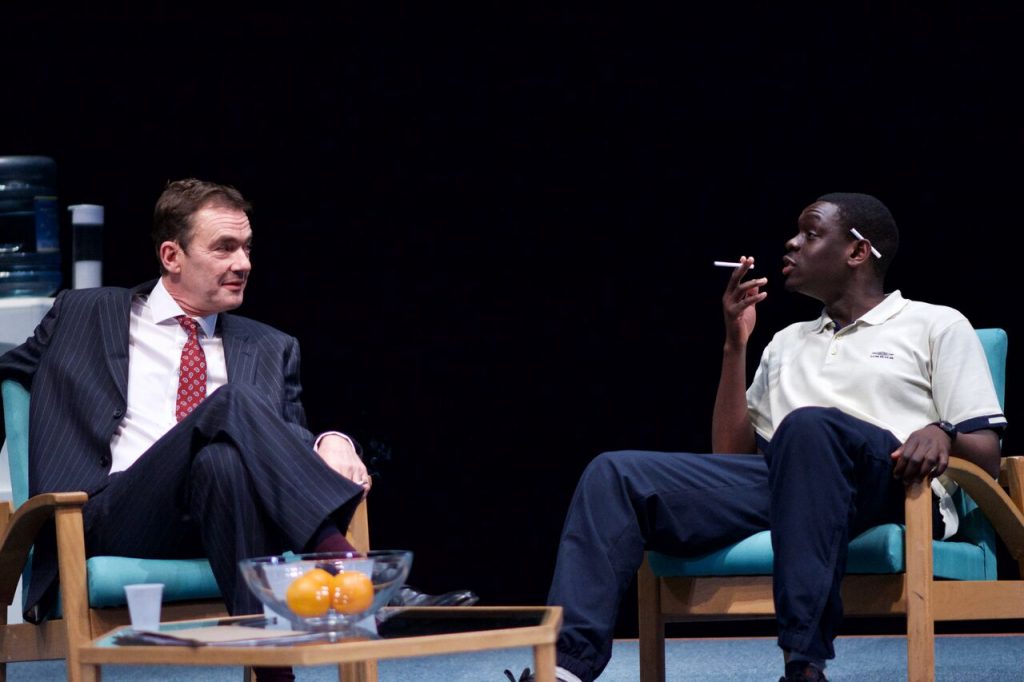 But the star turn is the memorising Ivan Oyik as Christopher, the man at the centre of it all. By turns childlike, menacing, funny and ultimately very sympathetic, Oyik is incredible in his portrayal of a lonely man with mental health problems he is another victim of a system designed to patch people up rather than to protect or attempt to cure them.

A play that makes you leave the theatre shaking your head at the ineptness of our mental health care system, Blue/Orange is an unmissable piece of theatre.